“What’s in a name? That which we call a rose by any other name would still smell as sweet.”

That was according to William Shakespeare. I bet he knew what he was talking about – being a Montague was indeed a huge problem for Romeo. But what Romeo probably didn’t know was that he ought to be thankful he had such a nice sounding surname. Imagine if he was named Romeo N. Juliet? That just sounds so lame, doesn’t it?

Well, it looks like name issues were not a thing of the past. Yes, we can imagine Romeo’s agony over his surname, but can you imagine the difficulties that you can experience if for example your father, Mr. McDonald, named you Ronald? Or if your parents, both Harry Potter fans, name you Lord Voldemort? Imagine writing your name on a school registration form – Lord Voldemort Smith. Ugh.

Meet Beyoncé, a schoolgirl who has experienced the ups and downs of having a celebrity name. Her photo and her story had been shared by the Humans of New York street project, and since then, the torrent of comments from netizens who share the same sentiments and who wish to offer support came pouring in.

“Sometimes I hate my name because it always draws attention to me, and I’m not a very social person,” says Beyoncé. “When the teacher started calling attendance, I got really nervous, because every time people learn my name is Beyoncé, somebody starts singing ‘Single Ladies.’ And some did, of course. But the second day of school wasn’t too bad. Because everyone knew my name.“

The photo and story of a girl named Beyoncé was posted on the Facebook page of ‘Humans of New York’ on Saturday. 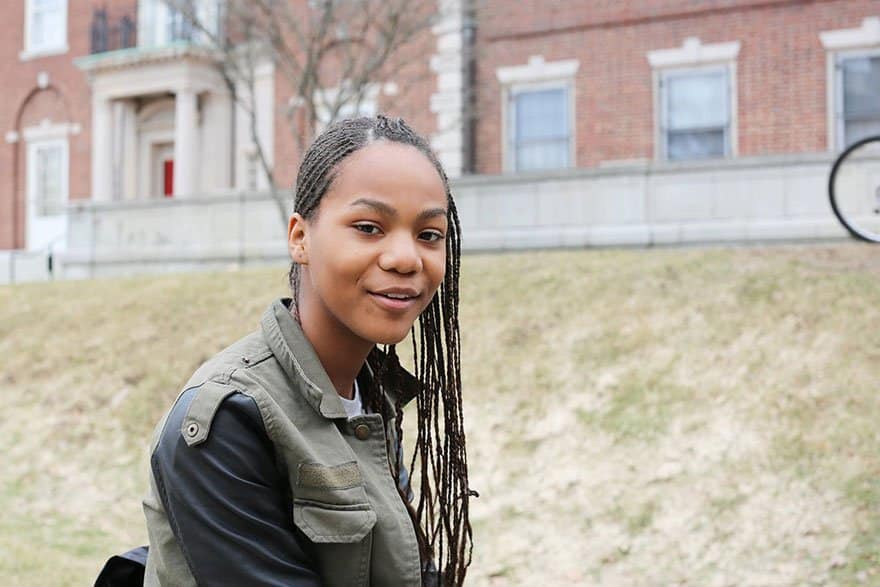 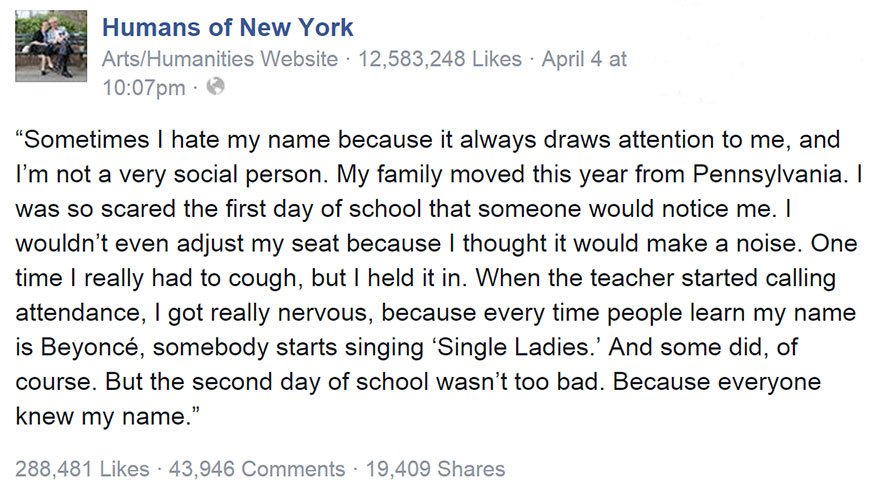 Surprisingly, the comments that she received were just as interesting.

Now that’s an awesome list of names, not to mention the hilarious comments!

Do you know anyone who is on the same boat as these cool people? Tell them about this story, and don’t forget to share this story on Facebook!