Palawan, an island province in the Philippines, boasts of a wealth of marine life. About 45 percent of the fish supply in Metro Manila — the nation’s capital region — comes from this area. It is rich not only because of its diverse fish population but also because of pearls. That said, a fisherman recently turned over a giant pearl to the City Tourism Office of Puerto Princesa, which is the the provincial seat of government for Palawan. He just dropped off this monster of a pearl

The over-sized pearl could easily be the biggest natural giant clam pearl in the world. It measures one foot wide, 2.2 feet long, and weighs 34 kilograms or 74.9 pounds. It would far surpass the current Guinness World record holder, the Pearl of Lao Tzu or also known as The Pearl of Allah, weighing 14 pounds, which also came from the same province in Philippines. No wonder the small country is referred to as the “Pearl of the Orient”.

The Pearl of Lao Tzu, currently the largest in the world, was also found in Palawan, Philippines. 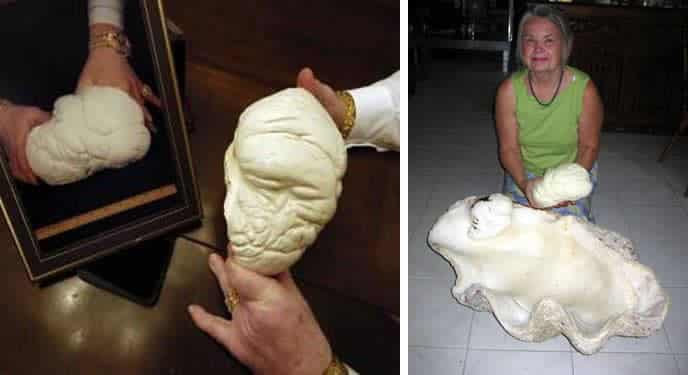 Palawan is an island provice in the Philippines. 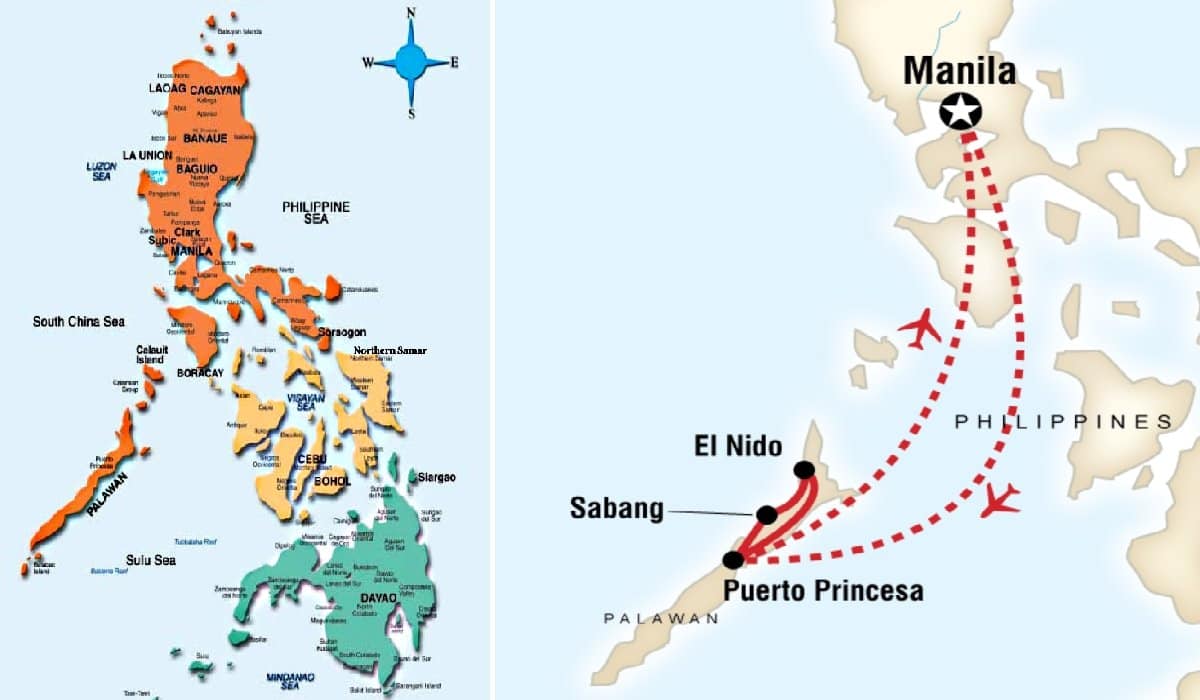 In a Palawan News feature, Puerto Princesa City Tourism Officer Aileen Cynthia Amurao revealed that the fisherman had actually found the giant pearl more than a decade ago. He recalled that a huge clam shell had gotten caught on his boat’s anchor during a storm. Much to his surprise, it had an equally large pearl inside it.

Understandably, the fisherman wishes to remain anonymous. He never even bothered to have the pearl appraised. The superstitious fisherman just kept the gigantic pearl under his bed for good luck. However, since he’s been moving around a lot lately, he decided to turn it over to the tourism office. The man did not realize the 34kg pearl is actually worth $100 million! 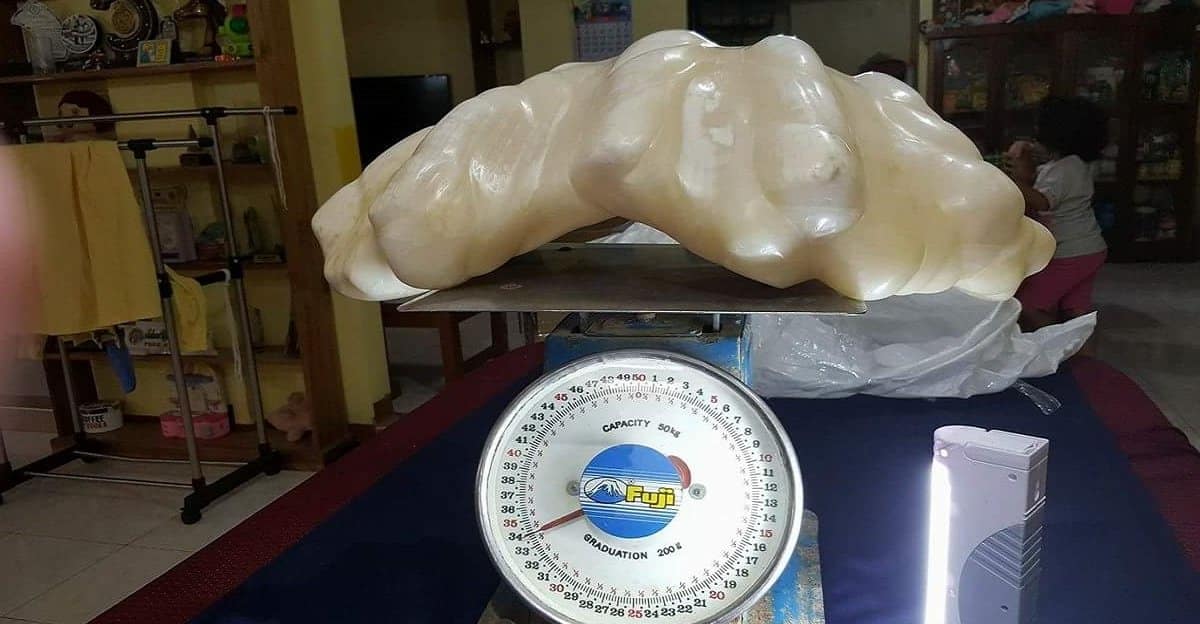 The super-sized pearl is now on display at the Puerto Princesa City Hall. 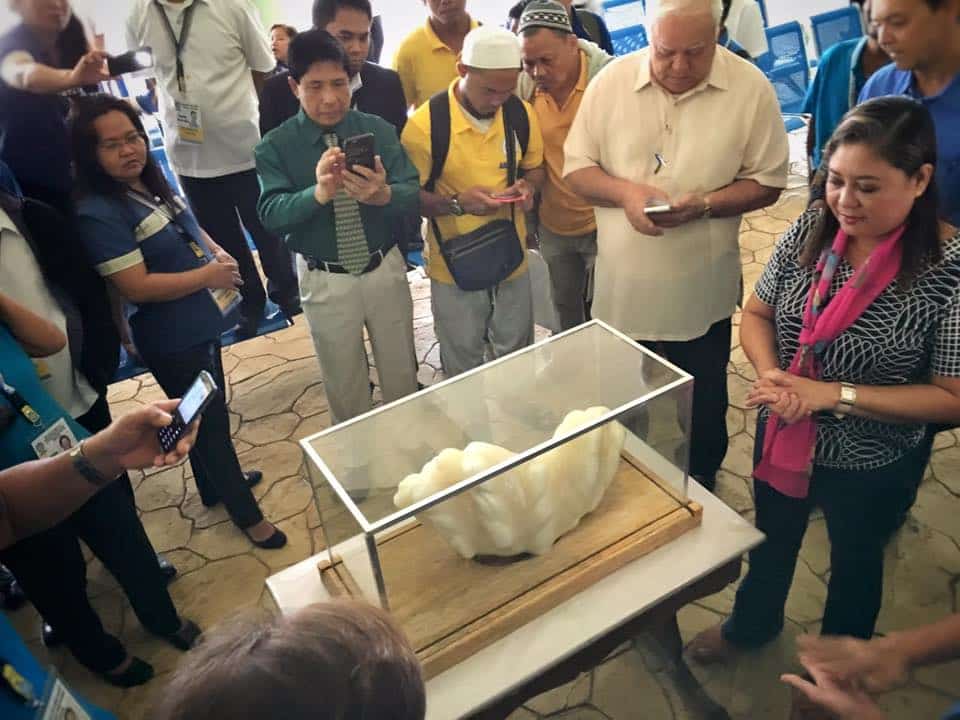 Meanwhile, the local tourism officials are asking help from the proper agencies who can help them authenticate the pearl. Of course, they want to know its value. They’re also welcoming scientists who want to take a closer look at it. Tourism officers are also hoping that the giant pearl will help attract more tourists in the city.

Giant pearls aside, Palawan itself is already a tourist attraction. 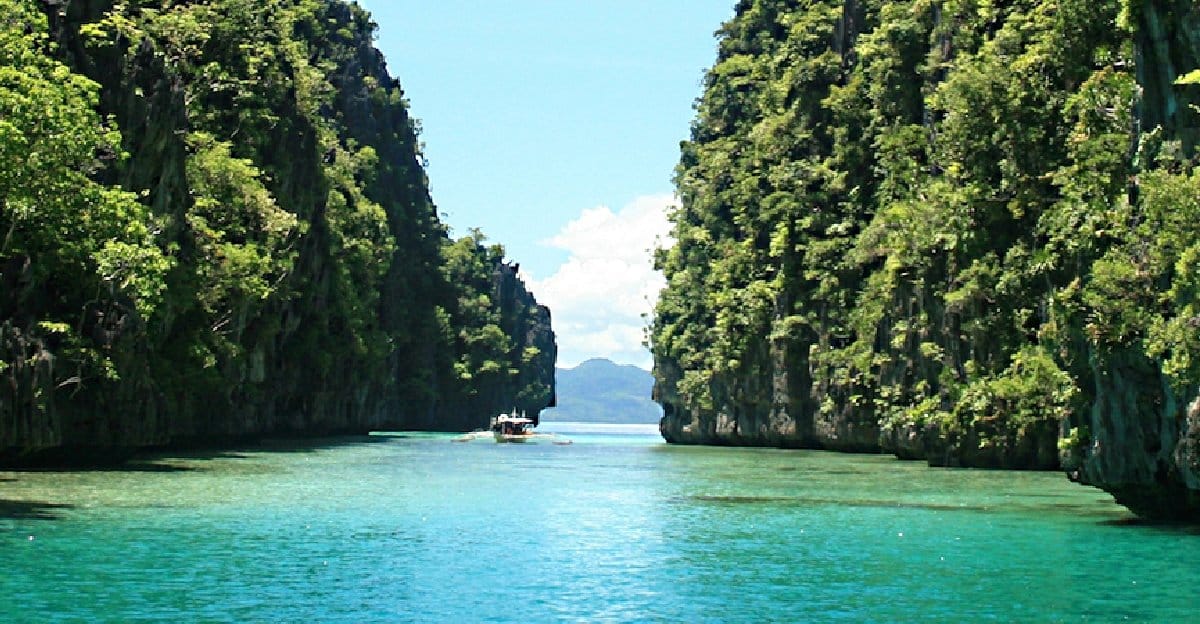 Giant pearls aside, Palawan in itself is already a tourist attraction. Travel + Leisure magazine ranked it No. 1 in their 2016 World’s Best Islands list. Palawan was cited for its “impossibly turquoise waters.” The magazine also highlighted the shipwrecks and reefs around the island.