Love is love indeed. A rarely seen romantic and sexual encounter between two male lions was recently observed at the Masai Mara National Reserve in Kenya. The intimate moment was captured by wildlife photographer and guide for Exodus Travels, Paul Goldstein.

The two male lions were spotted heading to a secluded bush area on the Masai Mara. They were then seen cuddling, nuzzling, and mounting each other in a rare public display of affection.

This kind of close and romantic behavior between two male lions is very rare but not unheard of. 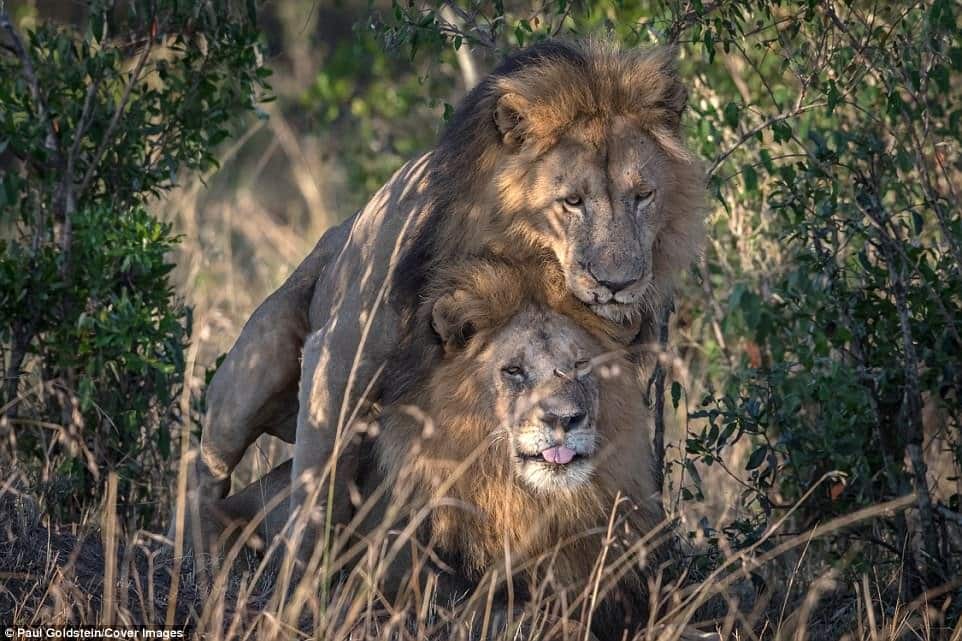 While mating between male and female lions can often end in violence, the two male lions appeared to be more affectionate toward each other even after their intimate moment. 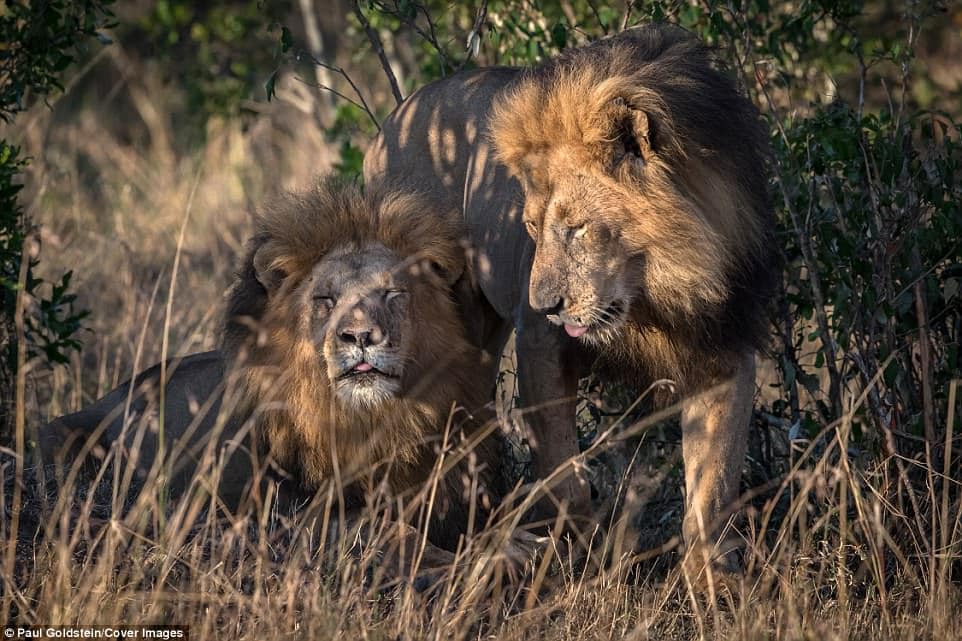 “I have heard of this happening in Botswana but with nothing like this vigour, and indeed at various zoos and safari parks, but incarcerated animals will do strange things, who can blame them. This however was astonishing.

When lions mate, it normally lasts a few seconds. These two were at it for over a minute and the obvious affection afterwards was very evident, as opposed to the violent withdrawal when male and female mate. Even as he dismounted, he did not back off as is normal after mating. He crept round to the other male’s muzzle, for a nuzzle and threw a conspiratorial wink his way.”

Scientists have observed homosexual behavior in 1,500 different species and reliably recorded a third of these cases (about 450 species). 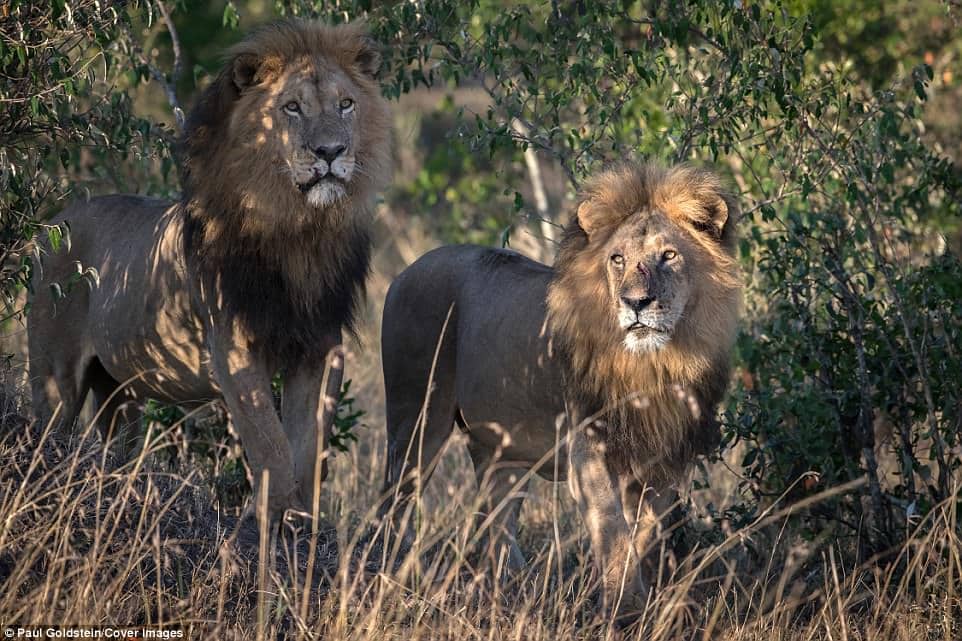 Studies show that about eight percent of mountings observed among lions were males with other males. Male lions have been recorded courting other males, showing affection, and mounting. Lionesses were also observed to couple up, although mainly in captivity.