This short video recently making the rounds on social media may just have effectively summed up the internet for us. As you will see on the footage below, it’s a bit absurd how some of us can care more for animals than our fellow human beings. Maybe we’ve already grown tired of disgusting people?

In any case, this video was taken somewhere in Davao, a place in the southern part of the Philippines. This one went viral on social media, garnering millions of views from amused netizens who couldn’t help but laugh about the entire thing.

Who is more important – the man or the carabao? 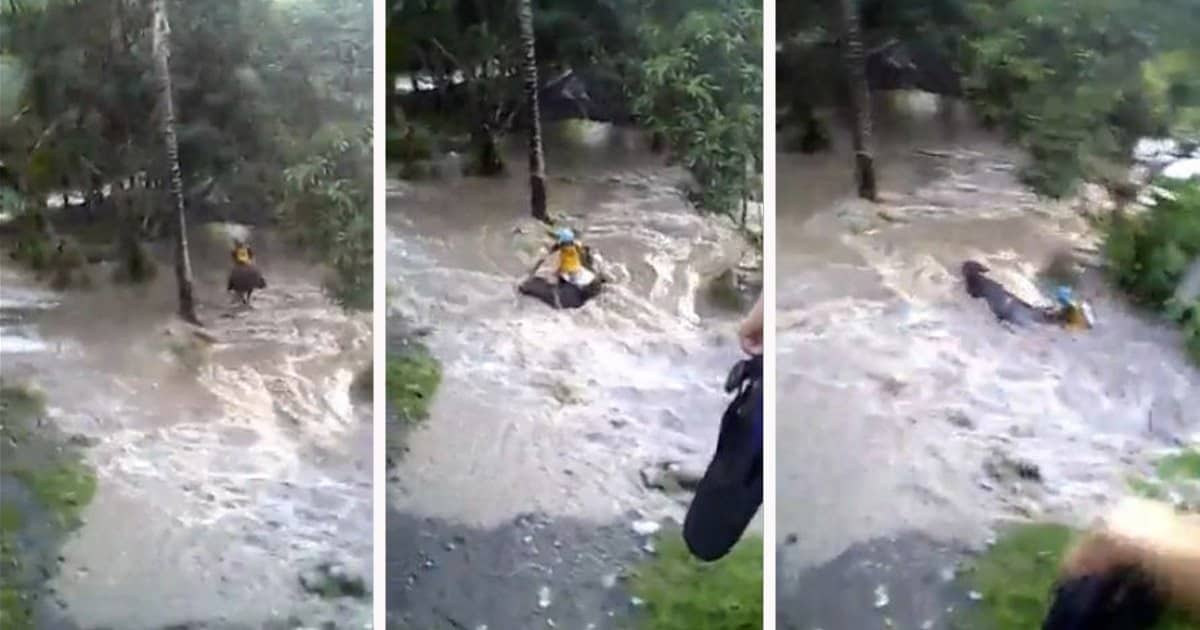 Uploaded on Facebook by Irish Ong and then credited to Cess Lumen Lanticse, the video shows us a man riding a carabao trying to cross a flood.

Meanwhile, a Visaya-speaking kid can be heard in the background warning the man about the dangerous idea. The child was calm at first but he started to get really hysterical when the man realized the strong flood waters were too much for the poor animal to handle.

The kid can then be heard repeatedly shouting “Kaluoy sa kabaw!” which, translated to English, means “The carabao is pitiful!” according to the Definitely Filipino website.

As the site pointed out, yes, it was clear that “there was more concern for the carabao than the man – and this actually made a lot of people laugh.”

Well we really couldn’t blame the kid, could we? He warned the man several times but he didn’t heed it and still put himself – and his animal – at great risk by deciding to cross the flood. It’s comforting to know both of them were left unharmed from the incident, though.