This is the scary moment when a Florida driver suddenly suffers from a stroke while driving on a Florida highway. A biker caught the incident using his dash cam and it shows the man’s vehicle speeding off the road and then smashing into street lights.

The alarmed biker kept calling out to him saying “Pull over! Oh my god!” Fortunately, he doesn’t give up on the man and decided to stop by to check on him. When he later approached the driver behind the wheel, he saw him looking disoriented.

A motorcycle rider saw this car, dangerously going off the road in full speed. 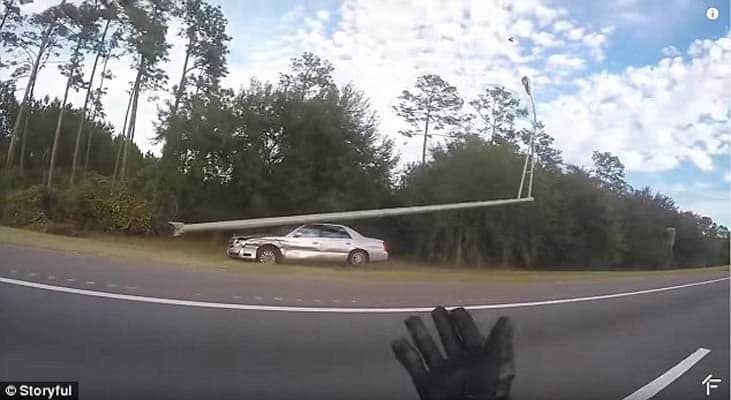 To the biker’s surprise, the vehicle ended up smashing against a street light.

The wrecked car later fell in a ditch and so the biker grabbed the chance to check on the man. 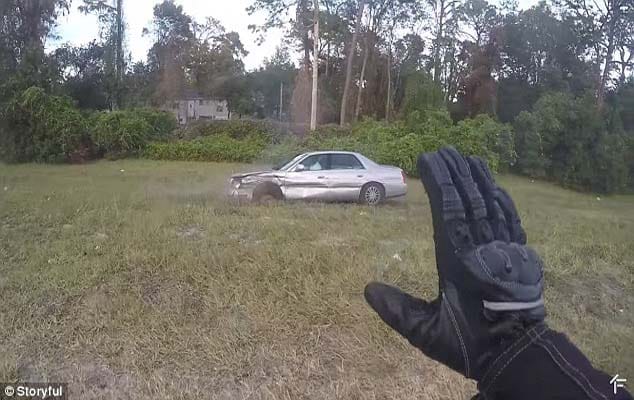 “Are you alright? Do you know where you’re going?” asked the biker. “You know your car is totaled right?”

The man, however, couldn’t even give a clear response. 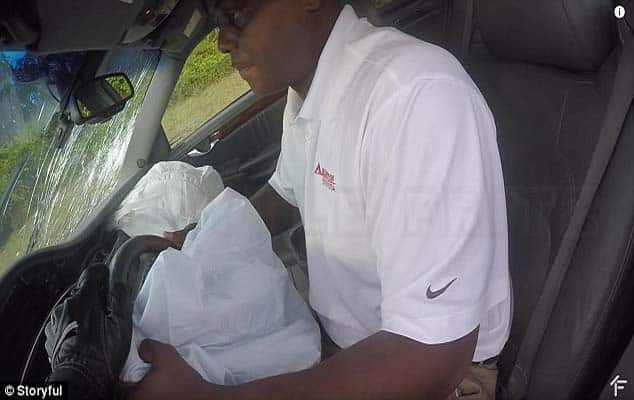 Other concerned motorists can likewise be seen rushing to help the man – one of them is a medic and another is a nurse.

An ambulance later responded and took the man to the local hospital. 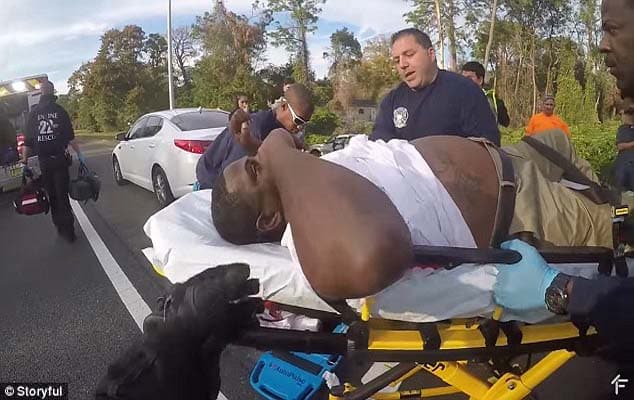 You can watch the video here to see how it all happened:

As anyone can expect, the video went viral on social media after it was shared by countless netizens and along with Daily Mail and several other news sources.

According to reports, the man’s identity remains unidentified. We sure hope he is fine and well after that road accident.

In the meanwhile, allow us to say that our hats are off to all the concerned citizens who helped the poor driver. Just imagine. Things could have probably gotten tragically worse if it weren’t for them. The man was lucky that good people were around.