A group of fishermen from Australia just made history when they caught a prehistoric shark. Commonly known as a frilled shark, its origin dates back to 80 million years which is only one of two species still alive. It is also believed that it’s the very first time humans have seen such creature alive according to Simon Boag, chief executive of  South East Trawl Fishing Association (SETFA).

The two-meter-long shark was pulled out from water near Lakes Entrance in Victoria and was caught at 700 meters below sea level. Eel-like in shape, this frilled shark has 300 teeth over 25 rows which can devour its prey whole.

It has needle-shaped teeth which can grow up to two meters long. 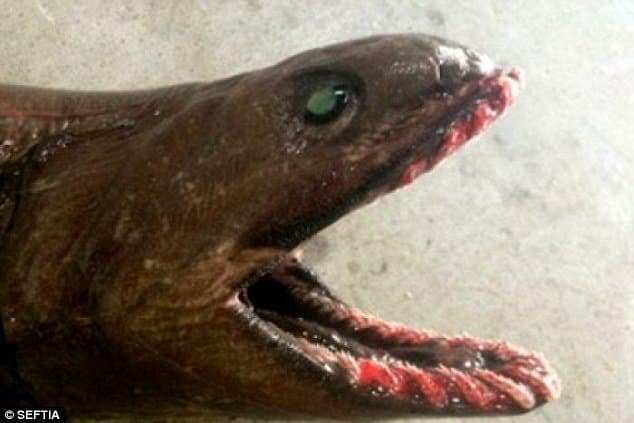 Fishermen were both puzzled and shocked upon discovering the creature. They don’t even know what they caught at first.

Its common name comes from the frilly or fringed appearance of its six pairs of gill slits. 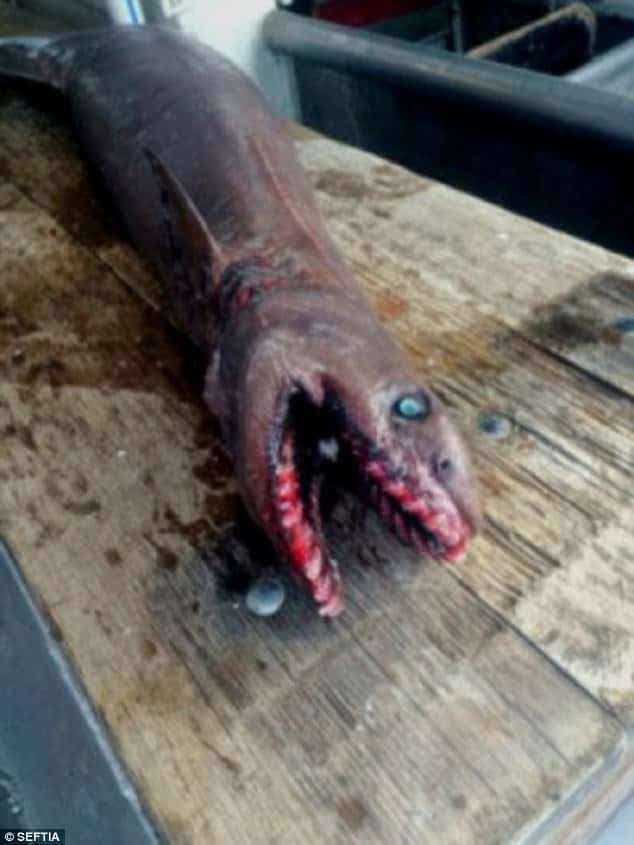 “Good for dentists, but it is a freaky thing. I don’t think you would want to show it to little children before they went to bed,” says Boag. The frilled shark may capture prey by bending its body and lunging forward like a snake.

Frilled sharks are usually caught as deep as 1,570 meters but it is already uncommon to find them below 1,200 meters.

Dark brown in color and eel-like body, a frilled shark is also known as a “living fossil.” 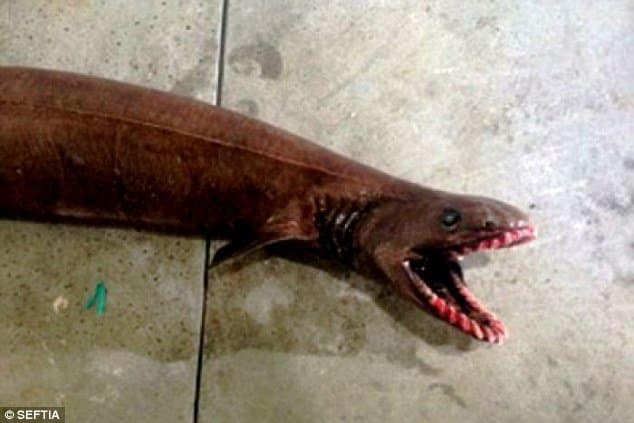 The specimen was offered to the CSIRO but was not taken in. It is understood the shark has been sold off, the ABC reported.

That’s one freaky sea creature indeed. Share your comments below.