Fishermen in a province in the Philippines captured a large fish that looks like it has tattoos on its skin. Photos show the fish with rather intricate markings on its skin, and it has attracted the attention of people both online and offline.

The fish was captured by local fishermen in the province of Lopez Jaena, Misamis Occidental in the Philippines, according to a post by GMA News, a local news network in the country. Three photos were shared by the news organization.

A large fish that looks like it has tattoos on its skin was captured in a province in the Philippines. 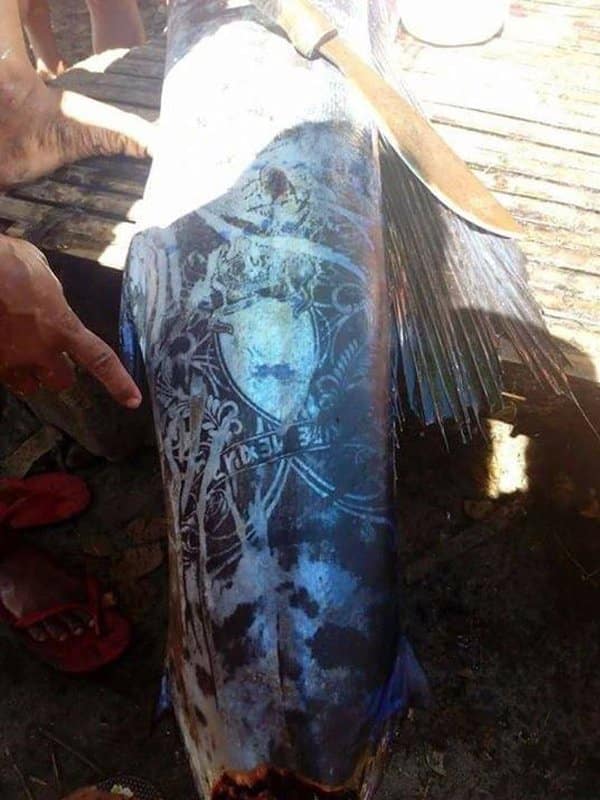 In one close-up photo, the fish appears to have detailed markings on its skin. There are patterns and what look like letters, but the source of these are still unclear. In the photos, the markings look metallic blue in color.

A close look at the fish reveals some detailed markings on its skin. 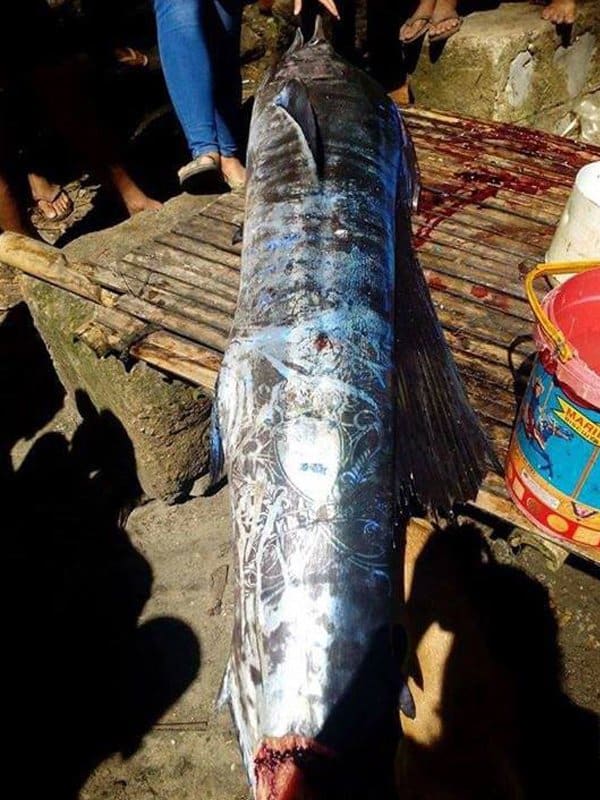 Another photo shows the ‘tattooed’ fish beside another fish that appears to be of the same size and type, but without any markings on its skin. A part of the ‘tattooed’ fish’s flesh near the tail is missing, while the other fish looks like it is in the process of being gutted and cleaned by a man.

Many speculate the markings were caused by some trash in the sea. 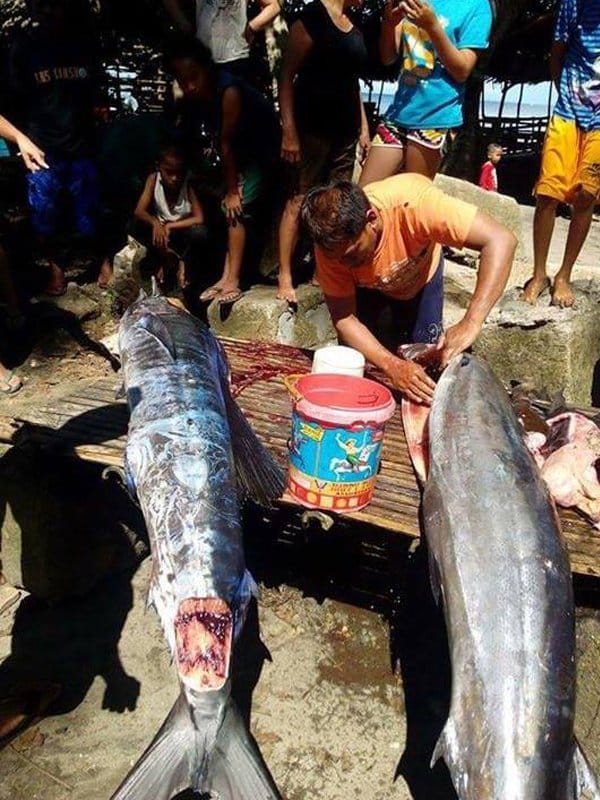 Many online users who saw the photo speculate that the markings or ‘tattoos’ are due to some trash, perhaps plastic or fabric, with prints on it that got stuck to the fish’s body. One comment read:

“This was probably caused by some sort of trash / fabric that had been embedded in the fish’s skin and over time imprinted this design onto it. Just a thought.” – Steve Clark

How about you? What do you think happened to this poor fish?