Whether you are arachnophobic or not, you definitely wouldn’t want to cross paths with this scary-looking spider from Australia.

Recently discovered in Brisbane, this arachnid is often found in the freshwater streams of Queensland. What makes this new specie of spider unique compared with others is that it is huge in size and it can even swim.

The Dolomedes briangreenei is a semi-aquatic arachnid often found in the freshwater streams of Queensland, Australia. 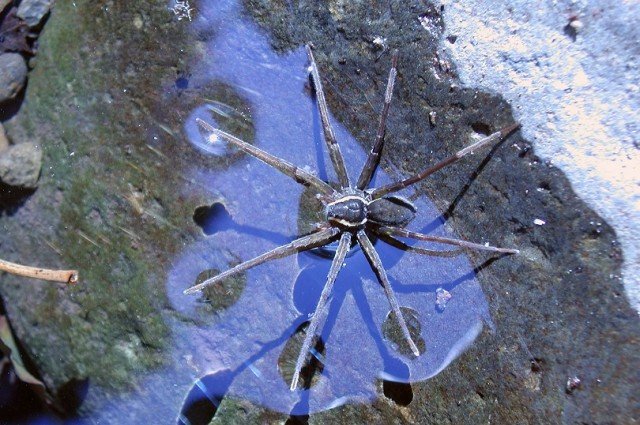 The spider has been given the name Dolomedes briangreenei, in honor of Brian Greene, one of the founders of the World Science Festival, who later commented:

“With the announcement last month of humankind’s first detection of gravitational waves – ripples on the surface of space and time – I am particularly honored to be so closely associated with a spider that has its own deep affinity for waves.”

Aside from consuming insects, the Dolomedes briangreenei also eats tadpoles, frogs, and even fishes that are up to 3 or 4 times its own size, thanks to its powerful poison.

The arachnid is about the same size as a human palm but fortunately, they do not pose any threat to humans. Now that’s a huge relief!

Still, I wouldn’t want to be anywhere near this creature.