In the late 1600s, a Filipino slave caused quite a sensation when he arrived in England. The Filipino was given the name “Prince Giolo.” People also called him the “Painted Prince” because his body was adorned with intricate tattoos. However, the man didn’t exactly live like royalty. In fact, he was treated like a freak and dismissed as a savage.

As it turns out, the Filipino slave wasn’t really named Prince Giolo. His real name was said to be Jeoly. His journey to England wasn’t by choice. He was a victim of circumstance and other people’s greed.

Miangas was once called “Palmas Island.”

Jeoly’s strange tale begins sometime in 1690. He and his mother were on a boat near the island of Miangas. The island is located about 70 kilometers from the coast of what is now Davao Oriental. At that time, Miangas was still considered part of the Philippines. As such, Jeoly was a Filipino. After all, it was only in 1928 that an international court decreed that Miangas was part of Indonesia. Even then, the territorial dispute was between the US and the Netherlands, the colonial rulers of the Philippines and Indonesia respectively.

Tragically, slave traders spotted Jeoly’s boat. They captured the mother and son, took away their gold accessories, and sold them for what would amount to $60 to a foreigner who was identified only as “Mr. Moody.” Moody later sold Jeoly and his mother to William Dampier, the British adventurer who inspired Robinson Crusoe — the title character of Daniel Defoe’s novel.

Dampier had grand ambitions to get rich by discovering spice and gold in the so-called “Spice Islands.” However, his dream didn’t become reality. By the time he ran into Moody, he was already broke and was set to return to England with nothing to show from his failed explorations. Thus, when Moody offered to sell him Jeoly, Dampier saw his chance for redemption through the tattooed Filipino slave. In time, Dampier set out to go back to England with Jeoly and his mother in tow.

During their long journey to England, Jeoly and his mother got sick. Jeoly recovered but his mother died from the illness. Dampier wrote in his diary that Jeoly was grief-stricken and could not be comforted.

Once they arrived in England in 1692, Jeoly had to face a crowd of people who were especially curious about his tattoos. He was covered with them. Only his face, hands, and feet didn’t have tattoos. Later on, historian would note that Jeoly’s tattoos, as seen in illustrations of him, looked similar to traditional Micronesian tattoos of people from the the Caroline and Palau Islands.

Here’s how Jeoly was “sold” to spectators.

In time, wild tales were told about Jeoly. One man, who was described as a “mysterious writer,” even claimed that he understood Jeoly’s language. This self-proclaimed writer then declared that Jeoly was an actual prince from the land of Gilolo. Moreover, it was also claimed that Jeoly’s tattoos were magical because they could drive away venomous snakes and poisonous insects.

The fake story didn’t stop there. It also stated that Jeoly or “Prince Giolo” became a slave after sea pirates kidnapped him. The prince supposedly became a slave in the kingdom of Tominec. The story claimed that the people of Tominec engaged in piracy and were “devil worshipers.”

Jeoly allegedly fell in love with a princess of Tominec named Terhenahete. The king didn’t like this so he sent the princess away. However, the princess was kidnapped, but Jeoly followed her and even managed to rescue her from being assaulted by her captor. The “mysterious writer” later made money from the fantastic tale of Prince Giolo. A book had actually been printed about it.

There was a lot of “Prince Giolo” merchandise.

Jeoly’s fate wasn’t so fantastic. Despite his claims that he cared about the Filipino slave, Dampier later sold Jeoly to other opportunists. He was literally put on display like a zoo animal at the Blue Boar Inn in Fleet Street. There were also advertisements about him printed on playbills or flyers. It was even said that the reigning English monarch of that time, King William III, requested that Jeoly be brought before him. Alas, after just three months in England, Jeoly got smallpox and died.

Oxford University got hold of Jeoly’s remains. The university announced that they wanted to preserve Jeoly’s skin in the name of science. Jeoly’s skin was publicized as the “first documented instance of the collection and preservation of tattooed human skin as an anatomical curiosity in England.” Theophilus Poynter, the Oxford University’s most successful surgeon, tasked to remove Jeoly’s skin.

In a way, Oxford University is Jeoly’s final resting place.

Jeoly’s tattooed skin was displayed at the Anatomy School (later on the Medical School) of Oxford University. Unfortunately, the skin didn’t survive. It presumably deteriorated over time. Oxford documented it as “lost” in the early 20th century. Perhaps, the preservation techniques and chemicals used when it was put on display weren’t very effective.

Dampier himself published his travel diaries. His book was titled A New Voyage Around the World. It came out in 1697. Of course, his encounter with Jeoly was one of the highlights in the book. In fact, Dampier describes his former slave’s tattoos in detail. He also noted that he knew the body was done by “by pricking the skin, and rubbing in a pigment.”

5 Vintage Illustrations of the Future That Have Become a Reality

The future is now.

Humans have never been content of just living in the present. We have this incessant need to know what will happen in the future. Why do you think Nostradamus got really famous?

Predictions about the future come in different forms, just like this vintage cartoon illustrations here. These predictions go waaay back, as old as the 1800s or early 1900s. Back then, these illustrations may have looked silly to downright ridiculous, but looking at them right now, they are totally on point!

Persians Used a Domed Building As Their “Refrigerator” During Ancient Times

Everyone, from royals to the poor, has access to the service.

The refrigerator is one of the most indispensable appliances of modern life. It's almost unthinkable that a person can live without one or at least have other means to keep their food refrigerated. So imagine what life was like during ancient times when electricity was still unheard of.

But such is the ingenuity of our ancestors that they managed to come up with ways to survive without such appliance. Around 4th century B.C., ancient Persians already have their own "refrigerator" in the form of a building called yakhchāl.

It's not actually surprising that Persians came up with something like this, considering that they are one of the cradles of civilization.

Experts considered the ancient map advanced for its day. 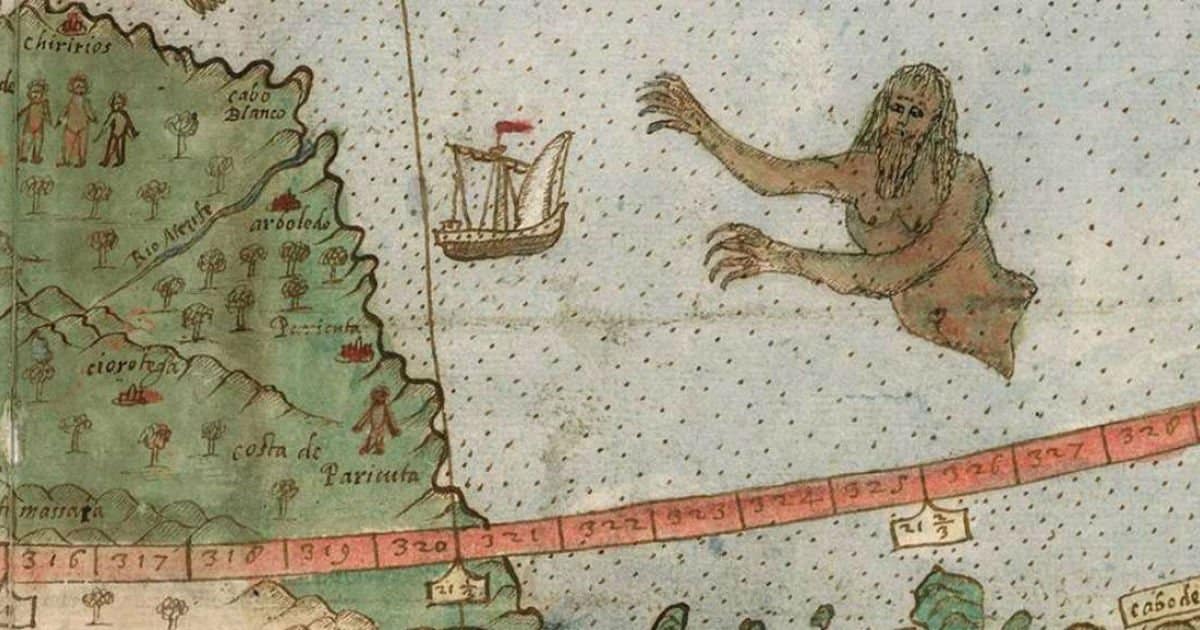 Not much his known about Monte but his work was fascinatingly done in great detail and experts believe it's quite an advanced map made during that era. The map was digitally restored by David Rumsey, founder of David Rumsey Map Center at Stanford University, with the help of his nephew. 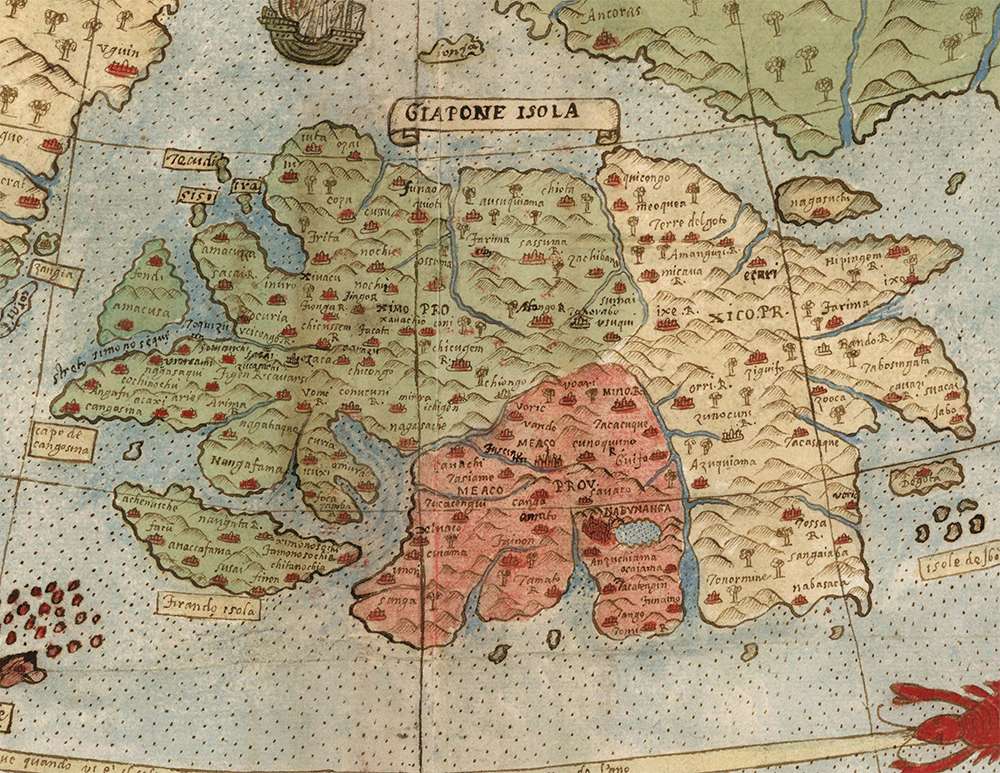 Spanish Princess Becomes The First Royal To Die From COVID-19

The World Has A New Pollution Problem: Improperly-Disposed Face Masks!

Influencer Who Did Toilet Licking Challenge Tests Positive of COVID-19