One racist Facebook user recently posted a racist meme against immigrants on his timeline, prompting a barrage of agreements from like-minded individuals. In fact, this particular Facebook thread about how horrible immigrants are became so popular on his page until one comment from his nearest and dearest put a firm halt to the conversation.

This white man, who shall remain nameless for the sake of privacy (and his protection), posted a meme calling foreigners in the U.S. “#disgusting.”

From a thimble-full of brain. 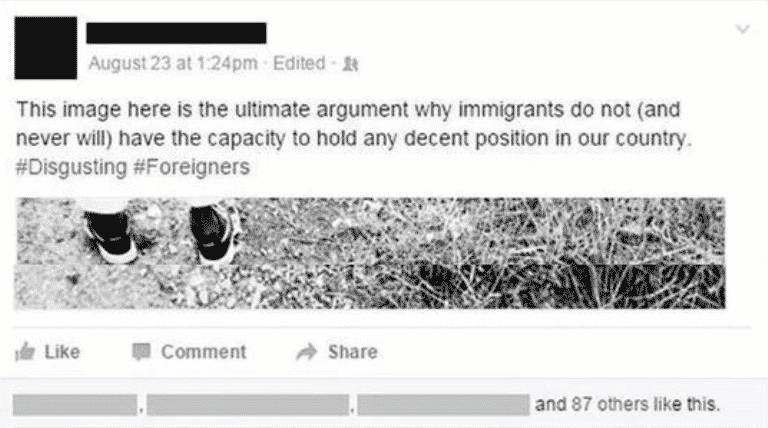 Apparently working in the banking industry, he believed immigrants to be incapable of being “civilized and intelligent as normal people,” saying “some features will never leave their species.”

He reasoned it was probably why the bank he worked at didn’t promote immigrants/foreigners to senior management level.

Because apparently, narrow mindedness is a thing. 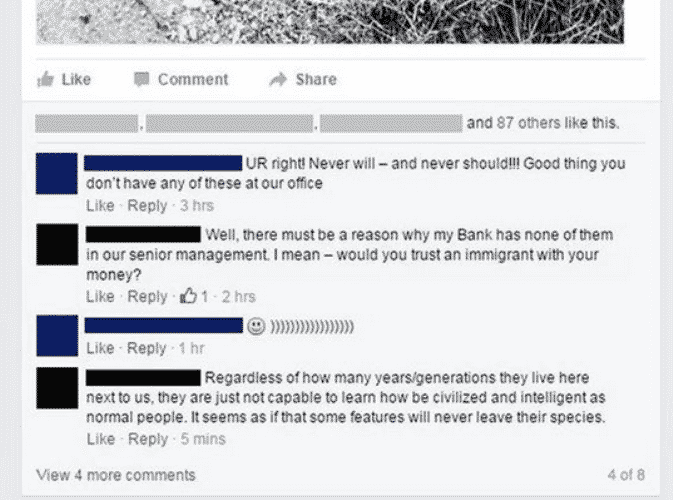 A lot of his friends posted their own similar opinions until the man’s fed-up mother put a stop to the whole thread with a single hard-hitting response.

The racist guy continued to deplore the situation, complaining more and more different skinned people keep arriving from “whatever the f*ck country they keep coming from.” 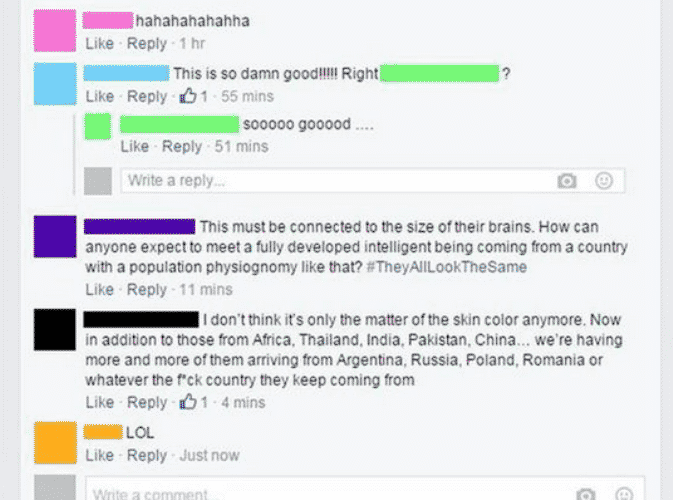 The thread went on for so long, with a host of racist comments raging on until the poster’s mom finally got fed up enough to put in her two cents’ worth.

Normally, most mothers would do their utmost best to build up their children and ensure their confidence and self-esteem remain intact.

However, this mother had the instincts to nip her son’s racism in the bud, without giving heed to the fact she would be shaming her own flesh and blood in front of all his Facebook followers. She didn’t mince any words giving him an epic clapback, but she did it in the most loving way possible.

As only a mother could. 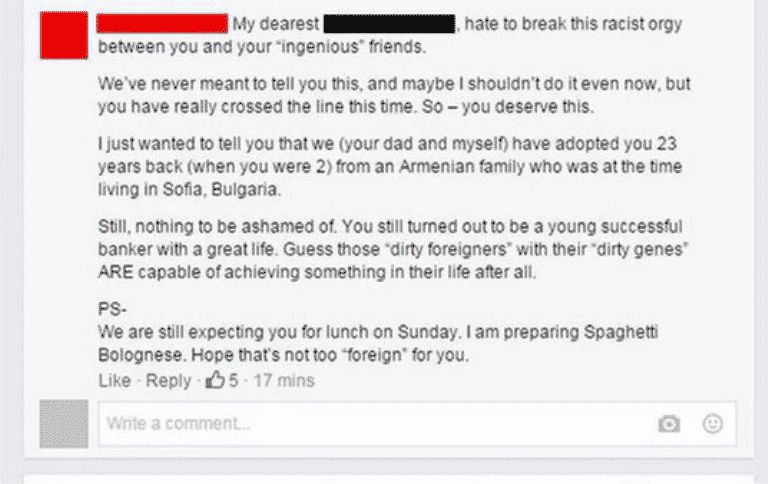 Her response to his thread reads:

We’ve never meant to tell you this, and maybe I shouldn’t do it even now, but you have really crossed the line this time. So – you deserve this.

I just wanted to tel you that we (your dad and myself) have adopted you 23 years back (when you were 2) from an Armenian family who was at the time living in Sofia, Bulgaria.

Still, nothing to be ashamed of. You still turned out to be a young successful banker with a great life. Guess those “dirty foreigners” with their “dirty genes” ARE capable of achieving something in their life after all.

PS-
We are still expecting you for lunch on Sunday. I am preparing Spaghetti Bolognese. Hope that’s not too “foreign” for you.