Syndicates and gangs these days have an ingenious way of making a profit without exposing their identities. They use innocent children whom they send to the streets to beg for coins, or worse, they sell them to collect a bigger sum of money. While the unscrupulous enjoy this quick way of earning an income, the abducted children and their families are the ones suffering from the consequences of being apart from each other.

This was what happened to a man in China who lost his precious son to child traffickers. But nine months after the child was abducted, the father accidentally bumped into the kid at a mall and he didn’t waste the rare chance to save his son.

A Chinese father saw his abducted son at a shopping center walking around with human traffickers. 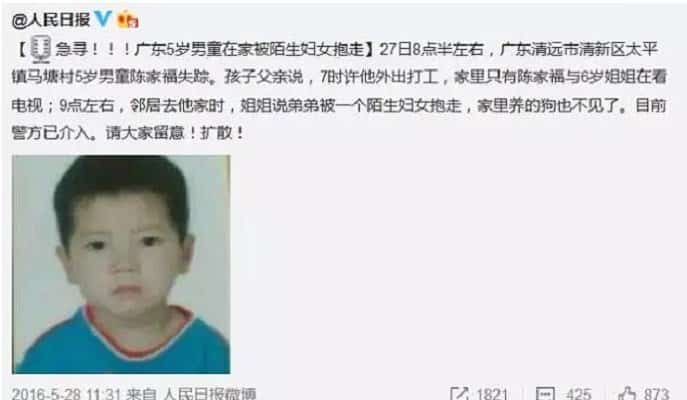 The boy named Cheng Jiafu was kidnapped on May 27 of last year from their own house at the Matang Village in Qingyuan, Guangdong. The father, Chen Zhonghong, said he had to go to work that day so he had no other choice but to leave the six-year-old boy and his older sister at home to watch TV by themselves. However, two hours after Mr. Chen Zhonghong left their home, a neighbor came to visit their house, and that was when Jiafu’s sister reported about a stranger taking the little boy.

The father quickly grabbed his son out of the scene and reported the criminals to the police. 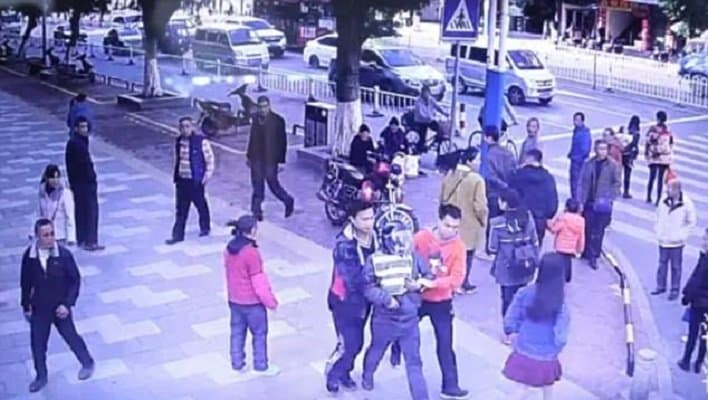 But on Feb. 21, 2017, which was already a couple of months since the kidnapping happened, Mr. Chen Zhonghong saw his son at the shopping mall called Qingxin Town Plaza. The boy was accompanied by three men which the father suspected were human traffickers.

As soon as he recognized his son, Mr. Chen Zhonghong quickly snatched his son and called the police to report the case. The officers immediately arrived at the scene to respond to the crime. There, they arrested the three suspects they identified by their surnames, Ou, Chen and Li.

The human traffickers were found guilty by the court and are now behind the bars. 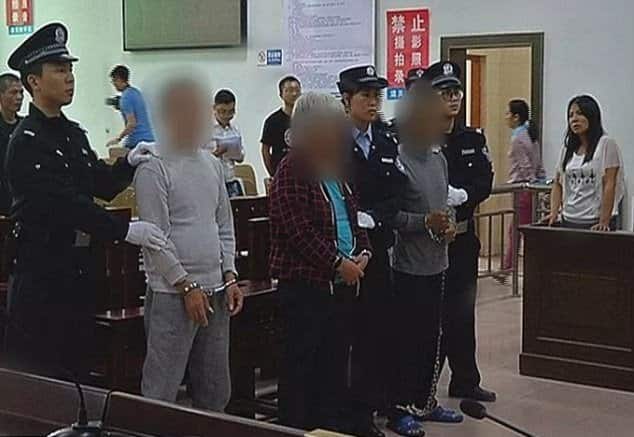 A trial was held on Nov. 10 to hear the case of Jiafu’s abduction. Judge Hou Zhaoxing then prosecuted the three to six, two and three years, respectively.

The judge believes that Mr. Ou was the leader of the trio and intended to sell children to families. The defendant received a 10,000 yuan fine and the most years of imprisonment. On the other hand, Li and Chen were indicted for child abduction.