Eyebombing is an art form, no doubt. Not everyone has the eye for spotting objects to which you can attach googly eyes and create a new image altogether. Not to mention it’s just really fun.

The cheeky street art trend has reached the streets of Sofia in Bulgaria. The culprit? Forty-two-year-old photographer Vanyu Krastev. Krastev has been sticking googly eyes to old and rusty objects he finds in the area, like lamp posts and trash bins, to liven up an otherwise dull walk down the street. He also sometimes attaches googly eyes to street stains.

Photographer Vanyu Krastev has an eyebombing project in Sofia, Bulgaria. 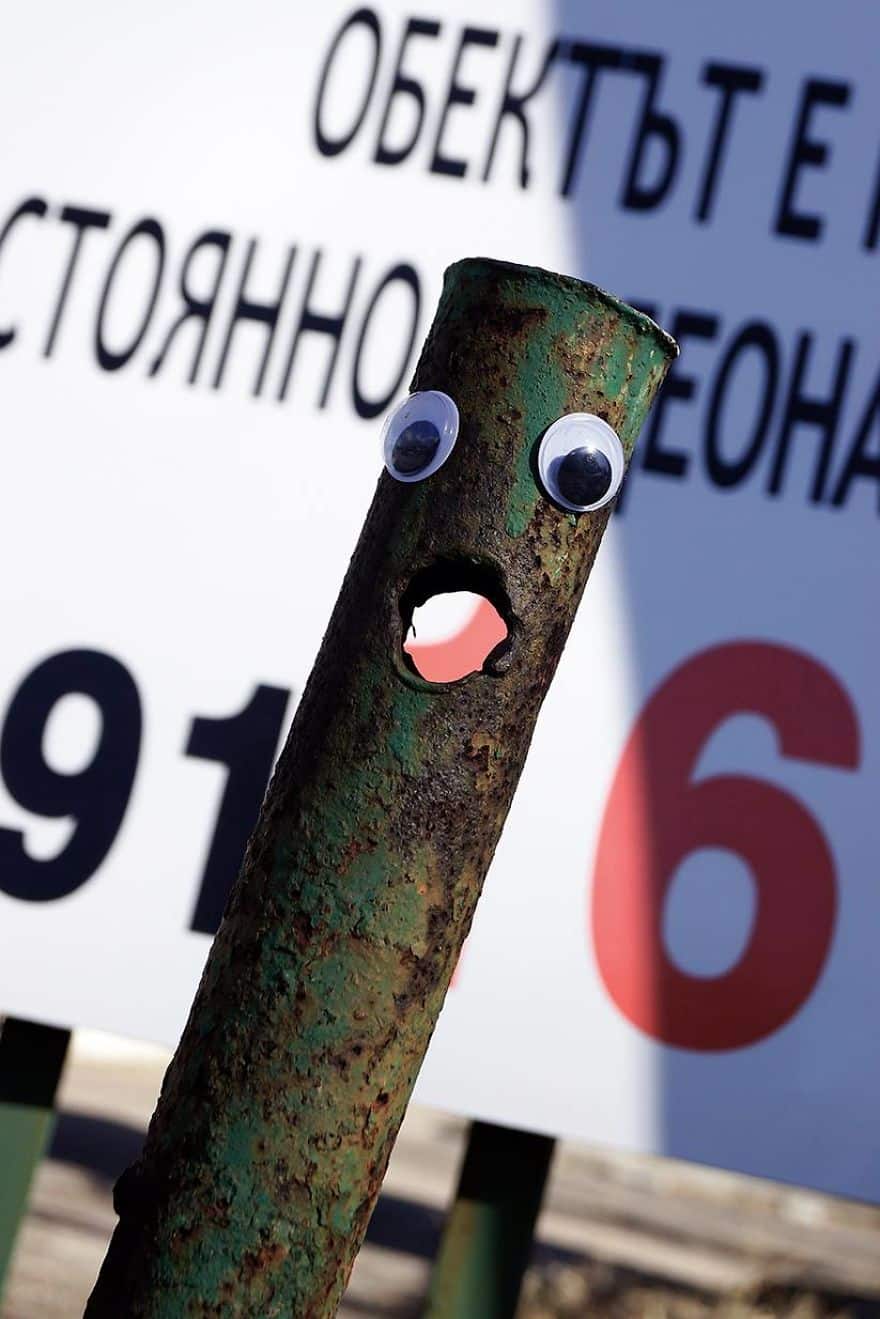 The imaginative photographer has been eyebombing the streets of Sofia for the past two years, and his work has certainly gained a following. Krastev’s ability to see beyond everyday objects has added some fun and imagination to the Bulgarian city.

He attaches googly eyes to old, worn, rusty objects in the city. 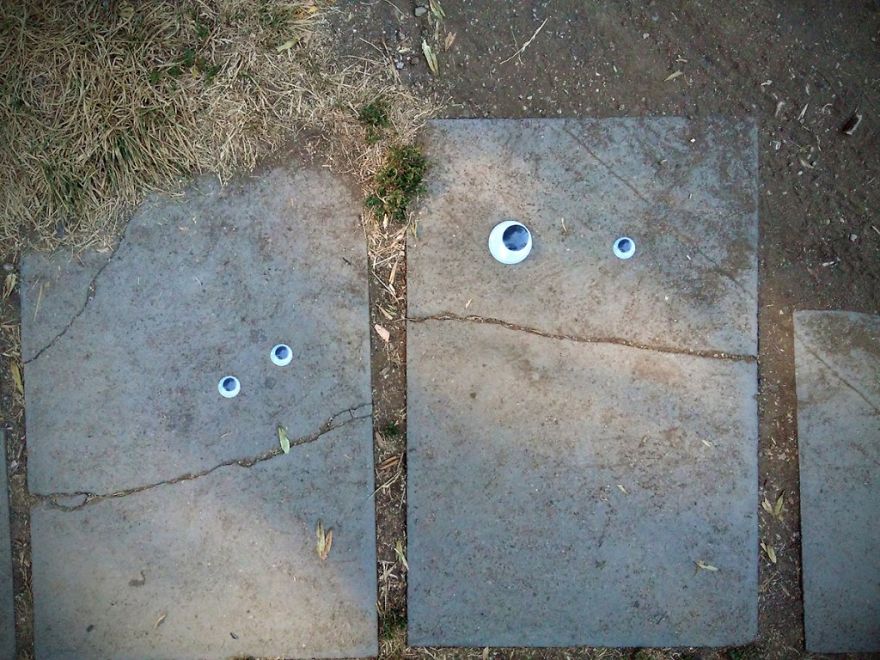 In the busy city of Sofia, cars are everywhere and parking is troublesome. Thus, the city is littered with stone sculptures that serve as barriers. These are usually good objects to eyebomb.

He hopes his project will start a street art movement in Bulgaria. 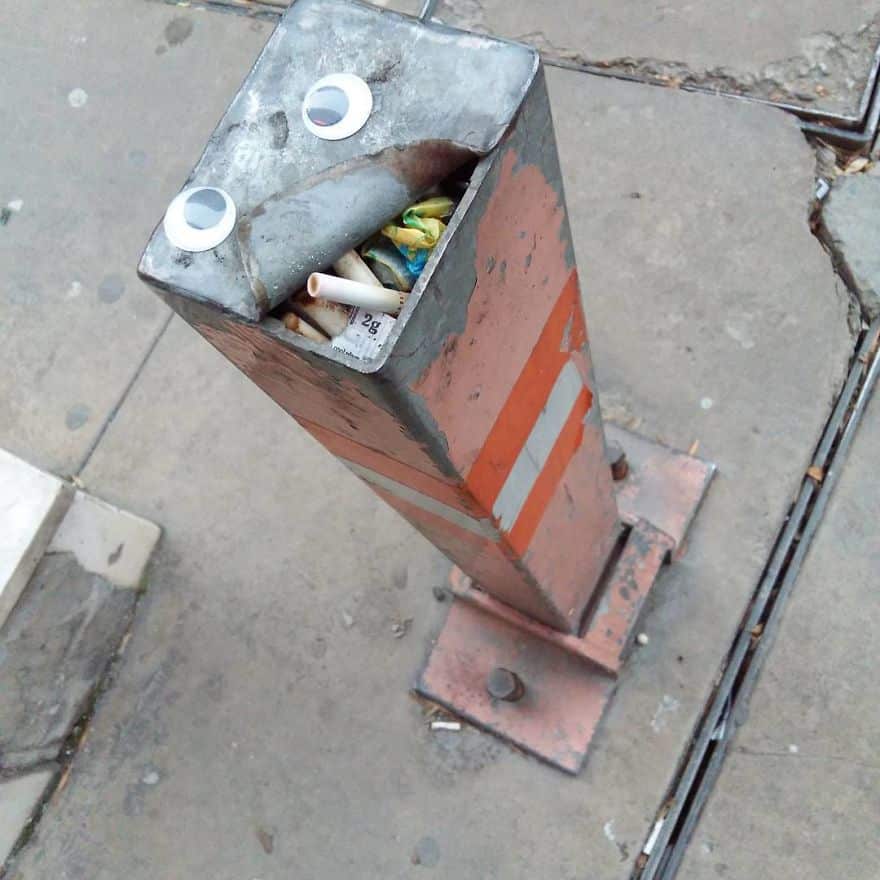 “I bought a few of these plastic eyes and decided to try it in Sofia. I noticed no one had done it before (in Bulgaria) and I went from there.”

“The more eyes I stuck on things, the better I became. I got a sort of flair for it. Nowadays, I don’t even need to go on a specific ‘eybombing hunt’ around Sofia. The little creatures just kind of pop out all around me.”

Krastev’s work has been putting smiles on Sofia’s residents’ faces. 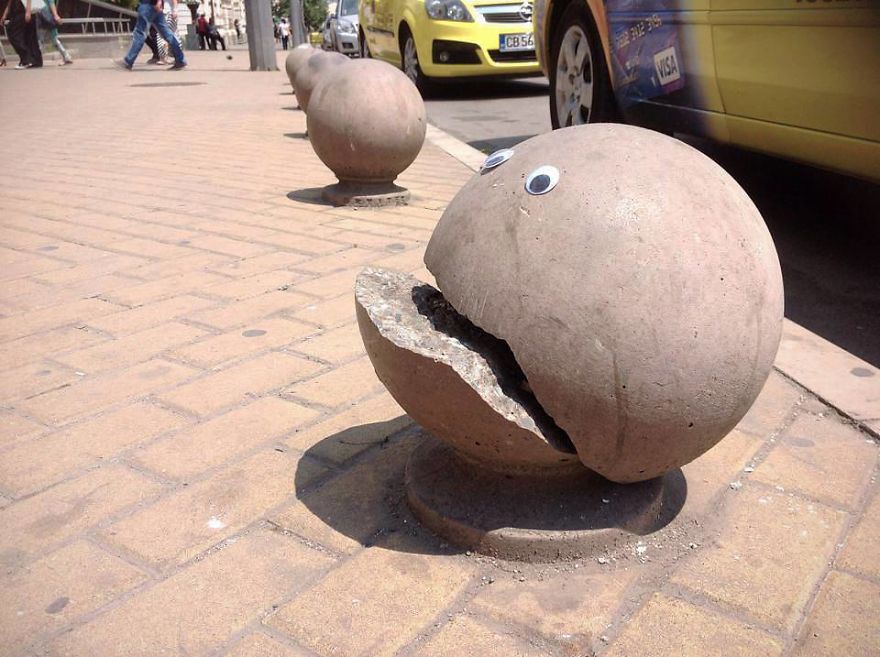 Krastev believes that by eyebombing old, rusty, worn, and broken items, he is able to humanize them in a way. See more of Krastev’s work below. 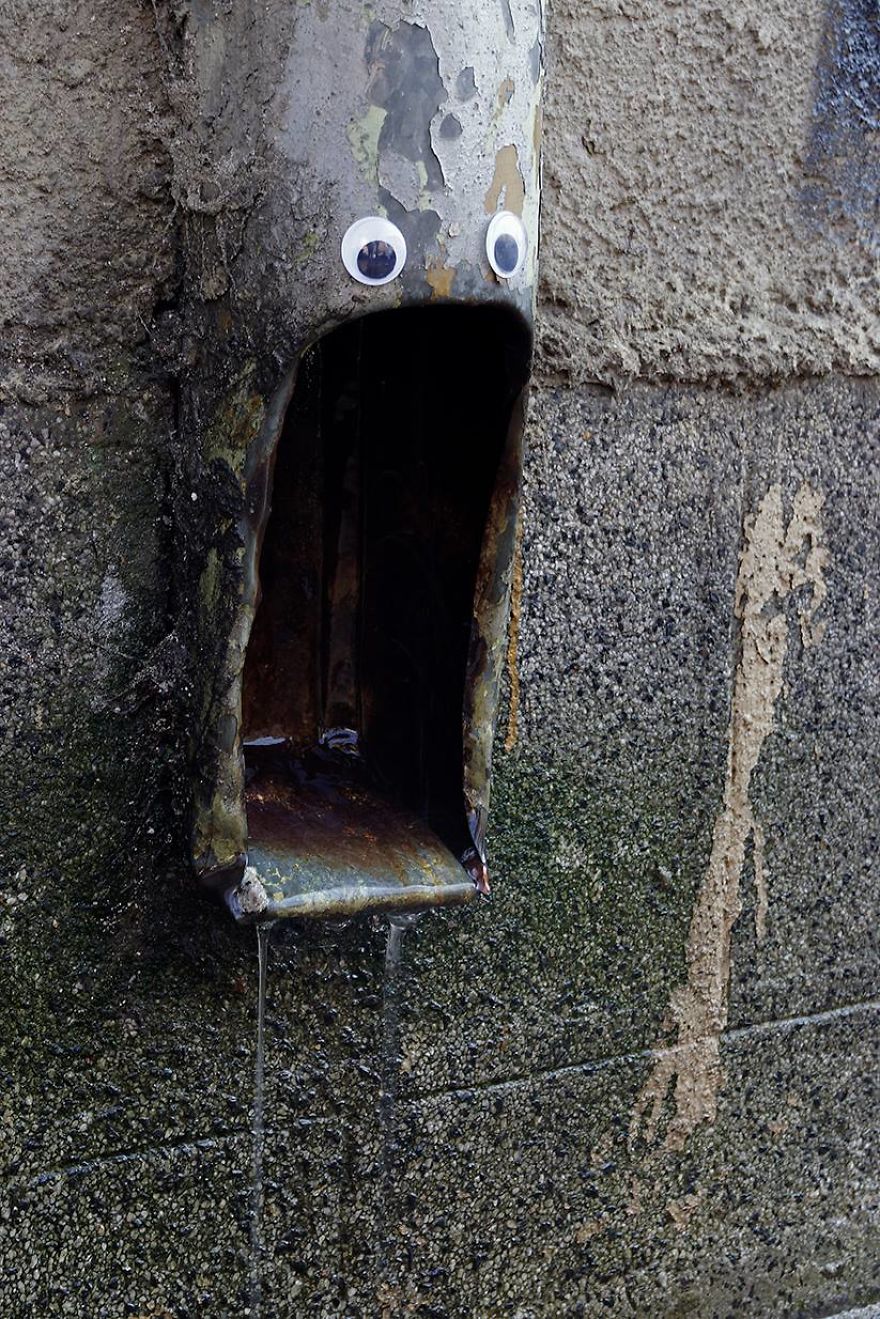 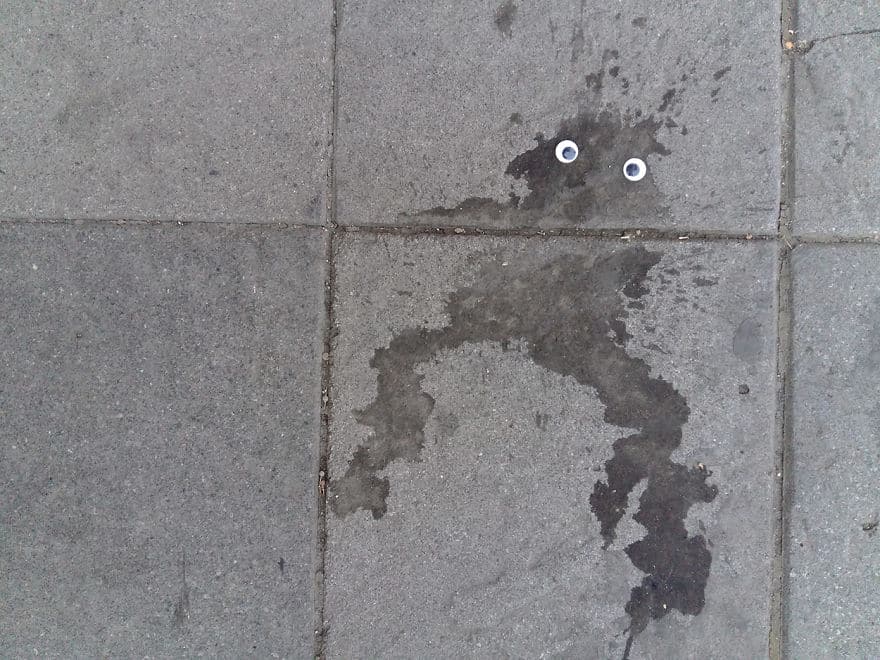 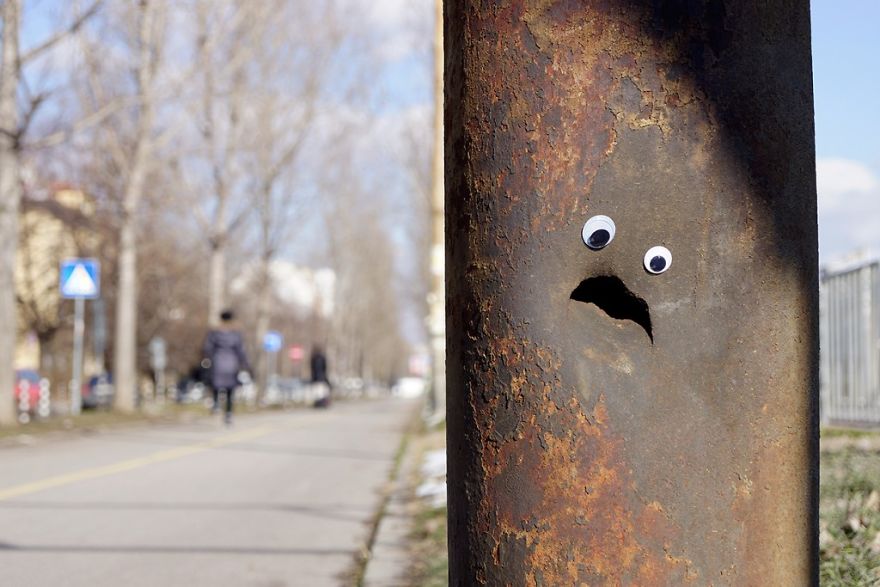 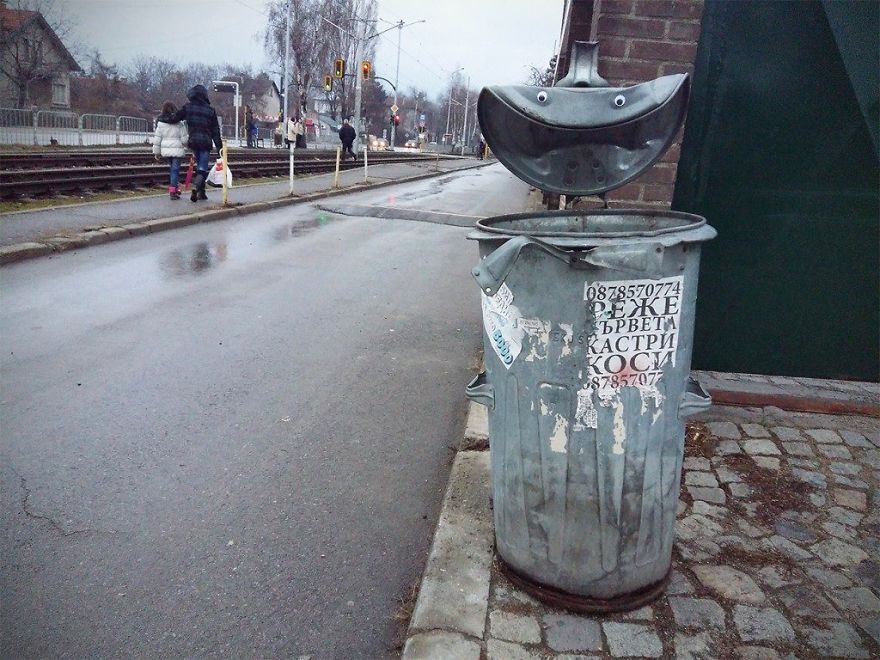 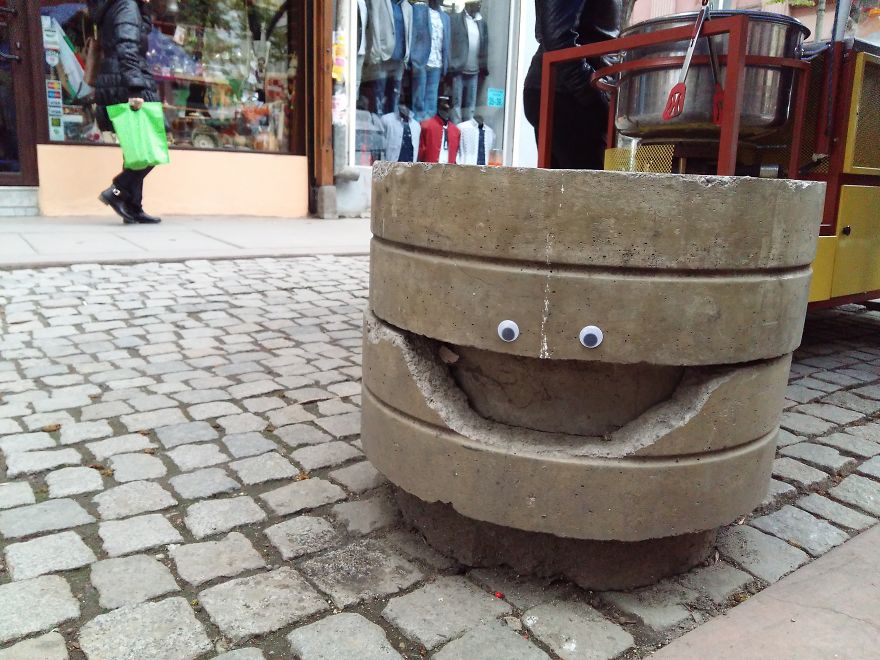