In the last five years, NASA astronomers, with the use of the Hubble Space Telescope, have observed water vapor plumes erupting from the surface of Jupiter’s moon, Europa. Out of 10 observation sessions, they were able to see these water vapor emissions 3 times. This information was publicly released last September 26th 2016.

Scientists have estimated the volume of these plumes to be about 5,000 to 7,000kg of water mass per second. That’s like spouting out an Olympic-sized swimming pool each minute!

According to William Sparks, the leading astronomer for this research endeavor with the Space Telescope Science Institute in Baltimore, “The chances of this occurring due to randomness is very low. The problem is that there may be something we don’t understand about the instrument or what Europa looks like in ultraviolet light. These are difficult wavelengths for Hubble. I’m not aware of any natural explanation for this besides water plumes.” 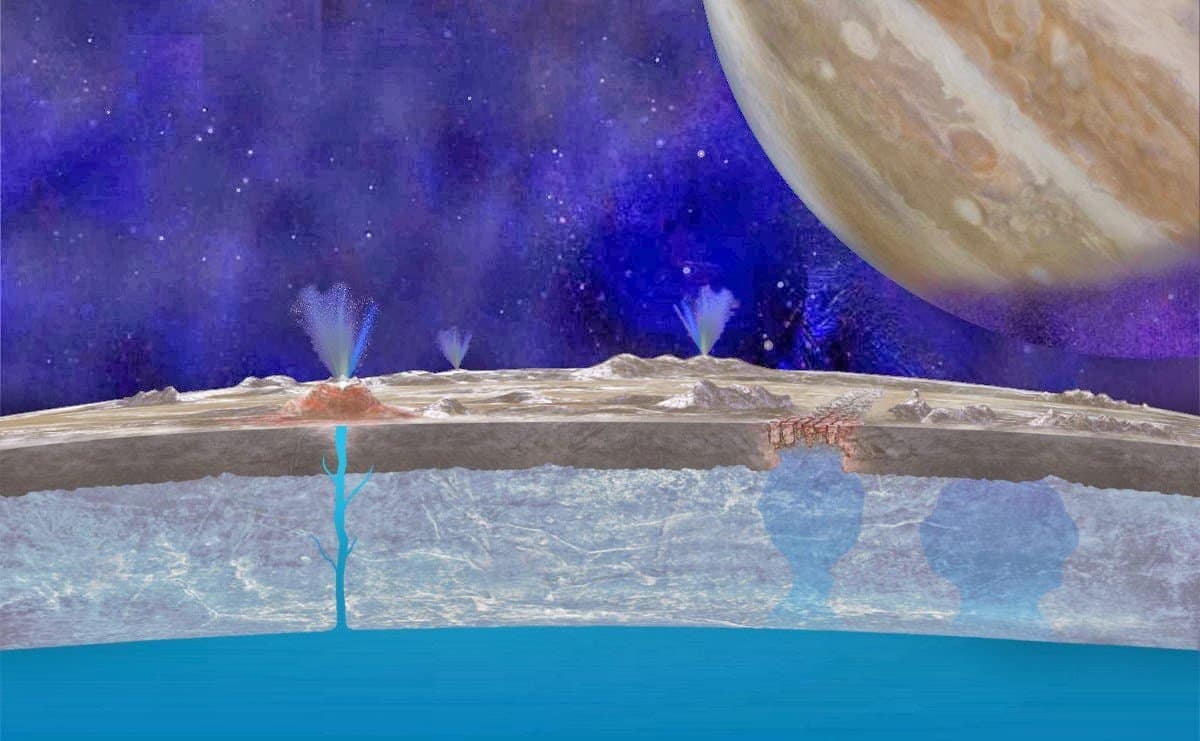 The scientists expect to be able to collect better data about these plumes with the James Webb Space Telescope, which will launch in 2018.

So why does this matter? First of all, it would make it easier for scientists to study the oceans beneath the moon’s surface. In addition to that, this news comes in tandem with NASA taking steps to launch a pair of missions to Europa in the 2020s.

The same engineers who spearheaded Curiosity’s landing on Mars will be working on a plan to land a probe on Europa’s icy surface. Naturally, this is no easy feat as Jupiter’s gravity pushes and pulls the icy surface of Europa by several meters every few days. Gathering information on these underground oceans would be like drilling through kilometers of rock hard ice. On top of that, the radiation from nearby Jupiter could kill a human in a matter of hours.