Tired of those boring, bland, and lifeless walls in your office? You are not alone, buddy.

Most of the average office spaces that people work in feature white or gray walls. If you’re having a particularly busy day, or inevitably, an annoyingly bad day, these lonely walls just add up to the dark mood. At some point in your life, you must have thought that a little color just won’t hurt.

Ben Brucker probably thought the same thing. Ben and his team work at a creative agency, which is kind of ironic because the walls of their office didn’t quite look creative. They decided to change this once and for all, so they came up with a brilliant idea for a wall decoration. They took the idea to their boss, who immediately approved their proposal and gave them a $300 budget.

What was their idea? Post-its. More than 8,000 pieces of colored post-its. Who knew these things can be used for this purpose?

How did they do it? Check the photos below to find out.

The boring walls of the creative agency where Ben’s team works. 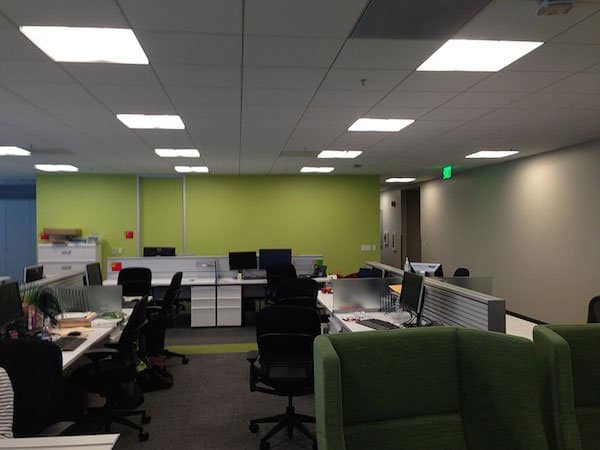 Behold, the post-its that are about to spice up the office walls. 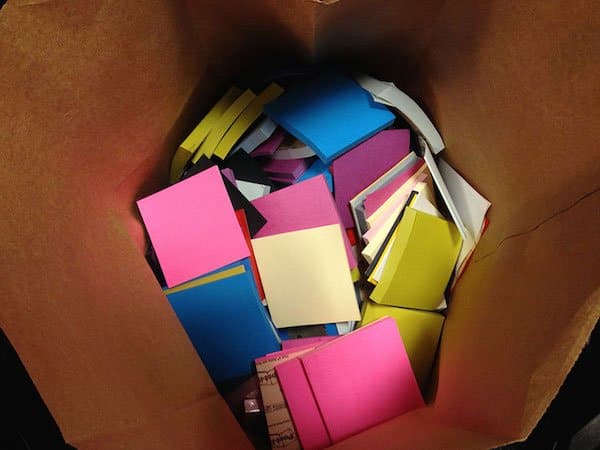 Ben used a pixel grid to plan the murals.

Once the superheroes have been decided, the team started working on the project. 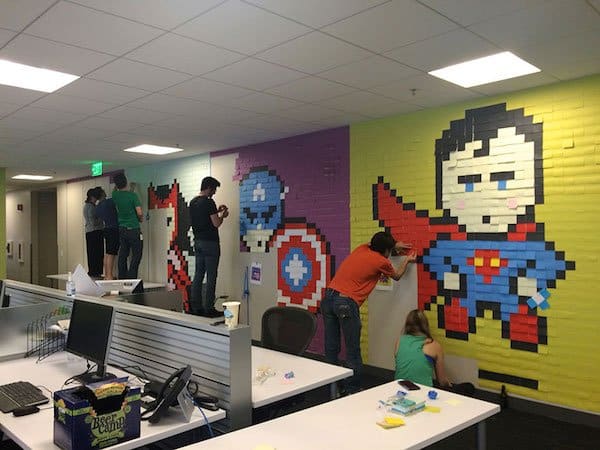 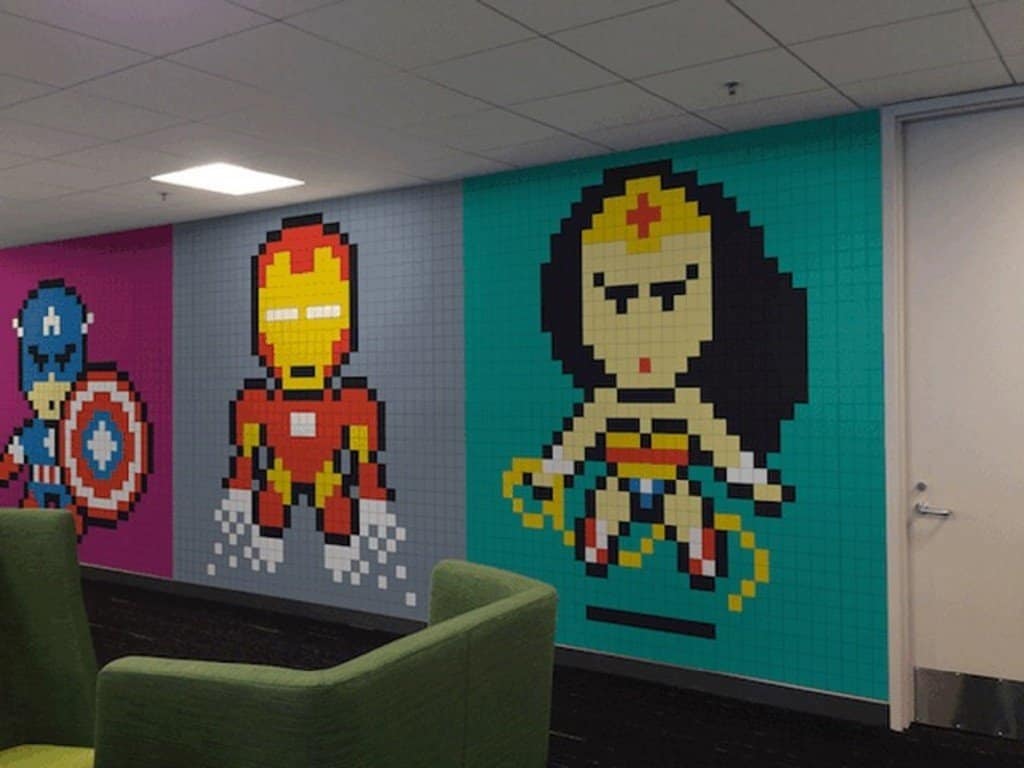 About 8,024 pieces of post-its were used for this project. 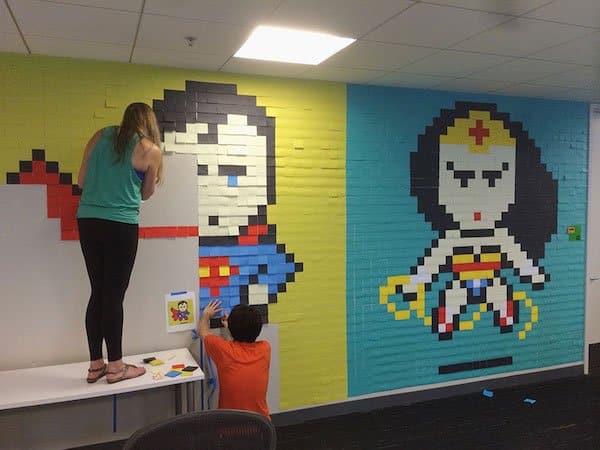 My spider sense is tingling! 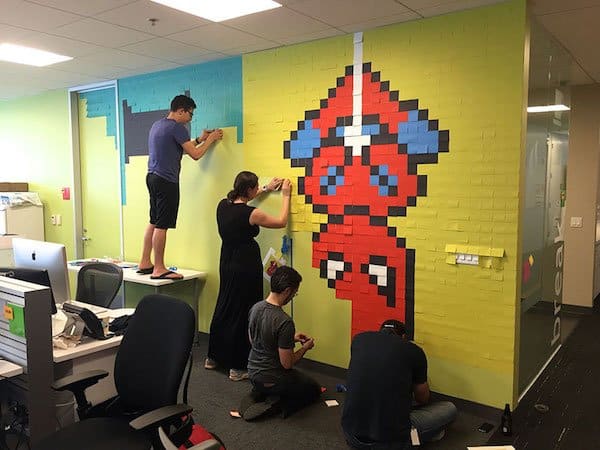 Even little ones came to help. 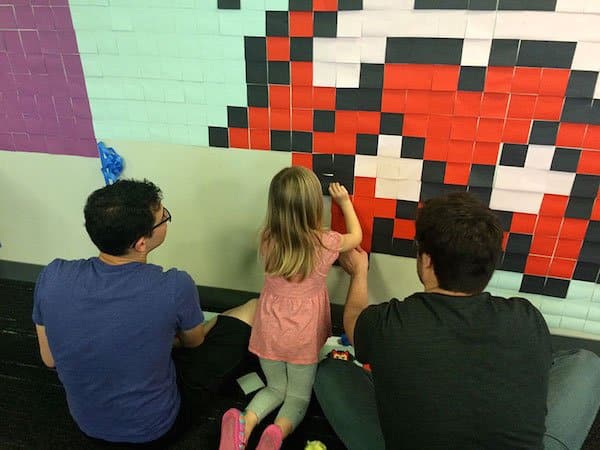 Voila! The walls have become alive! 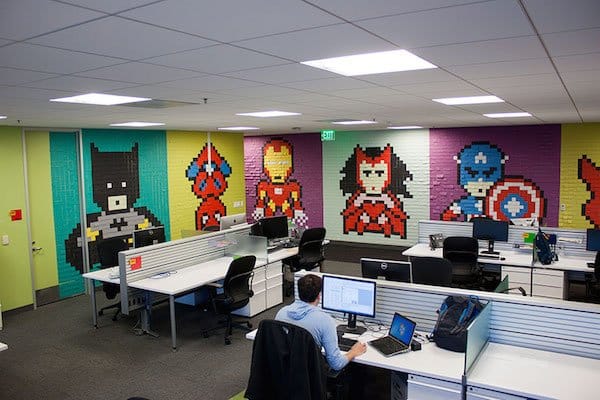 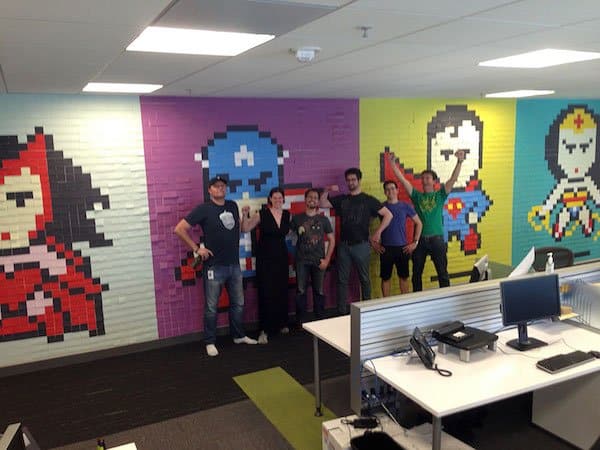