A video taken in Chachoengsao, Thailand shows a smackdown that could very well be a scene from a The Hangover Part II. In the movie, a group of guys head to Thailand for a wedding but they end up in all kinds of crazy situations — one of them involving devious chain-smoking Capuchin monkey.

Well, the Capuchin monkey in this video doesn’t smoke, but it causes one man considerable distress. In the video, we see a red motorcycle parked along the road that’s near a river. Then, a monkey appears on the scene and positions itself on the motorcycle.

The monkey takes over the motorcycle. 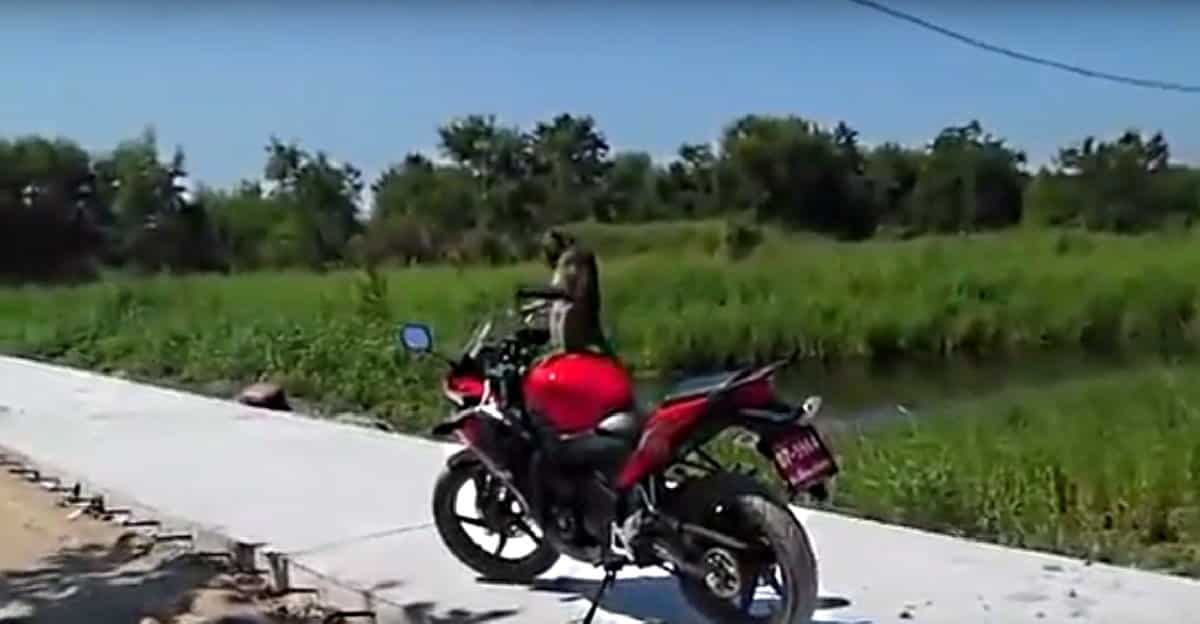 The motorcycle owner’s companion — who is holding the camera — starts to laugh when the monkey urinated on the seat of the motorbike. Aghast, the motorcycle owner tries to drive away the monkey by yelling. However, the creature was undeterred as it proceeded to seemingly tinker with the vehicle.

There is no winner in this fight. 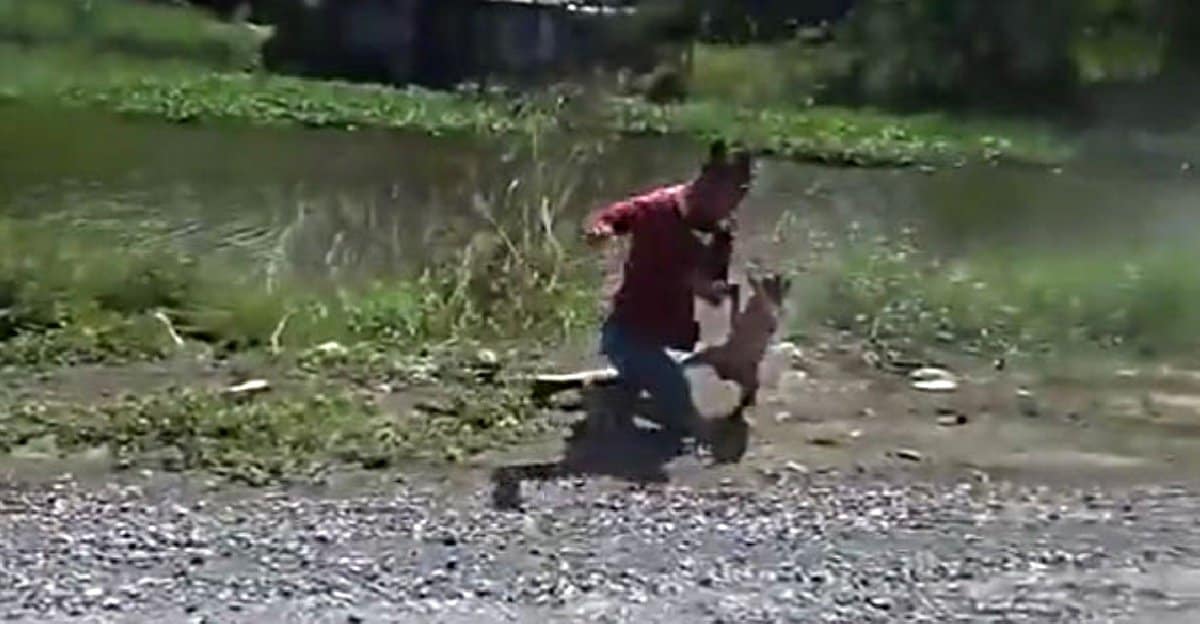 Is this hilarious or horrifying?

In this case, perhaps, the motorcycle owner could have found a less aggressive way to stop the monkey from messing with his motorcycle.