Over the past week, the world was enraged by the brutal killing of Cecil, a 13-year-old Southwest African lion from Zimbabwe. The country’s well-loved lion who was once a popular attraction in Hwange National Park in Matabeleland was shot and killed by American dentist Walter Palmer in July 1, 2015. Apparently, the  lion was lured out of the park using a dead animal tied to a vehicle and shot with an arrow by the professional hunter. He was tracked for 40 hours before finally dying in the hands of Palmer who killed him using a rifle. The news made headlines and became the subject of public debate worldwide.

In an attempt to raise awareness about endangered species, the Empire State Building projected striking images of 160 different endangered species using 40 projectors for three hours on Saturday night. The show dubbed as “Projecting Change” was organised by the Discovery Channel to promote an upcoming documentary called “Racing Exctinction”.

“We lit up the Empire State Building with the world’s most beautiful-and-threatened-species to show the world what’s at stake.” 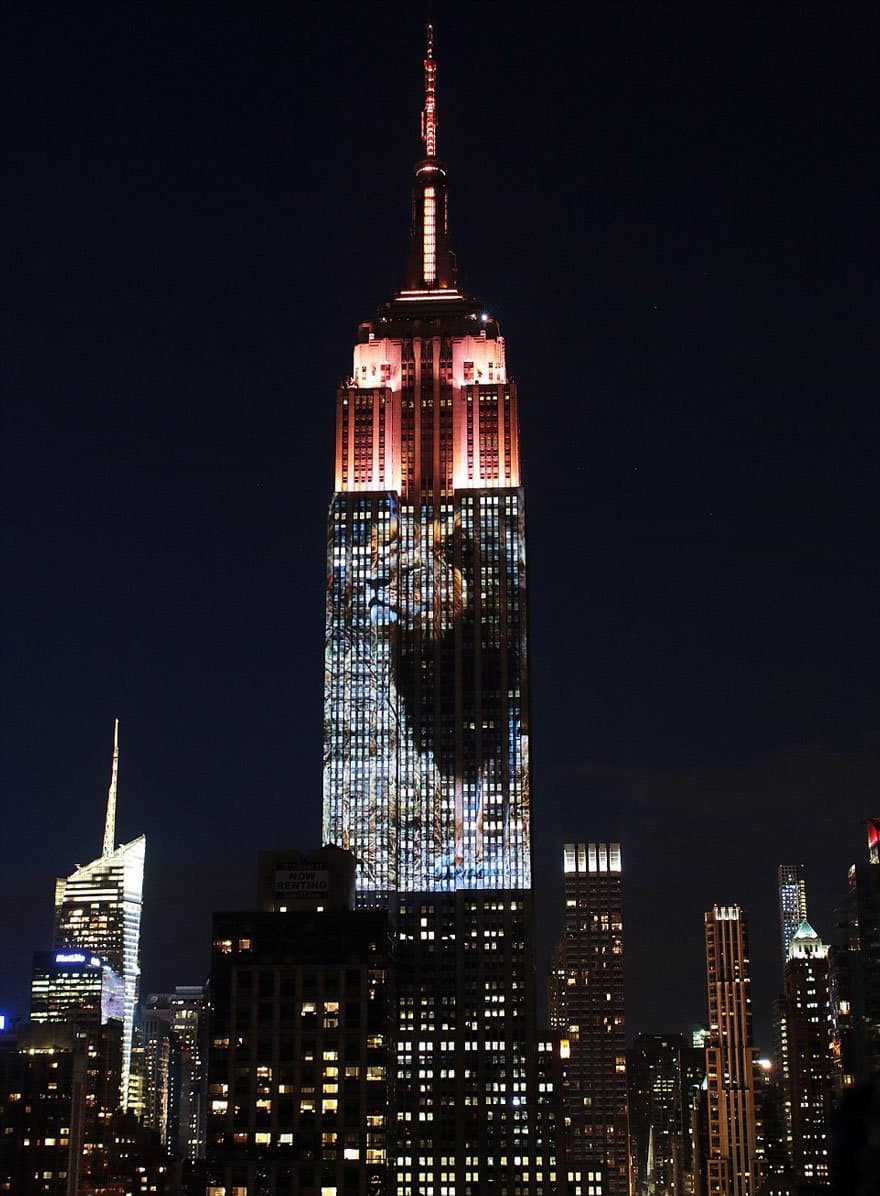 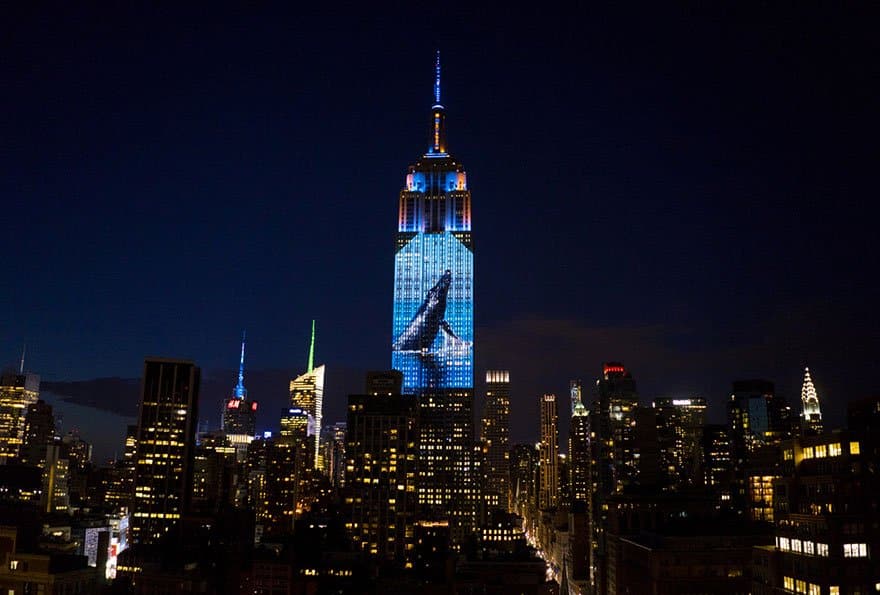 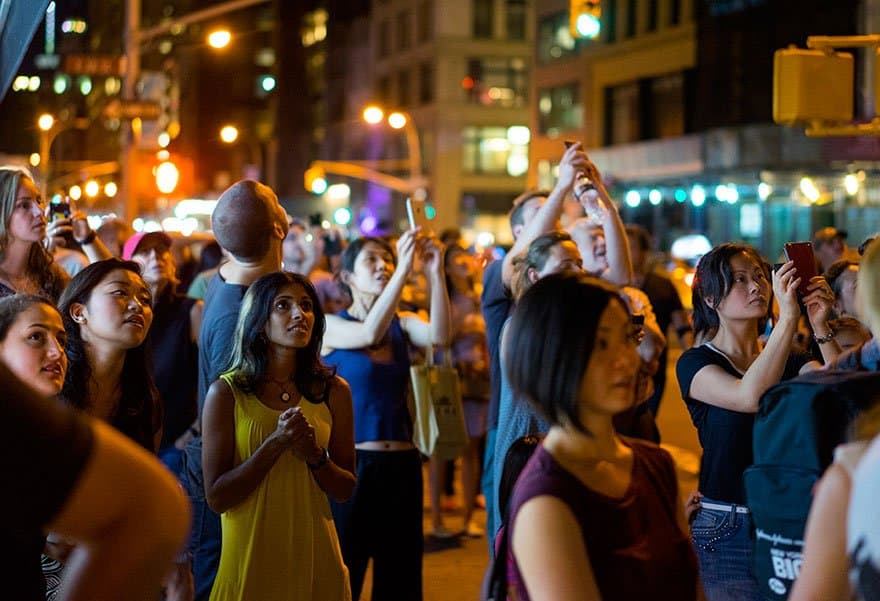 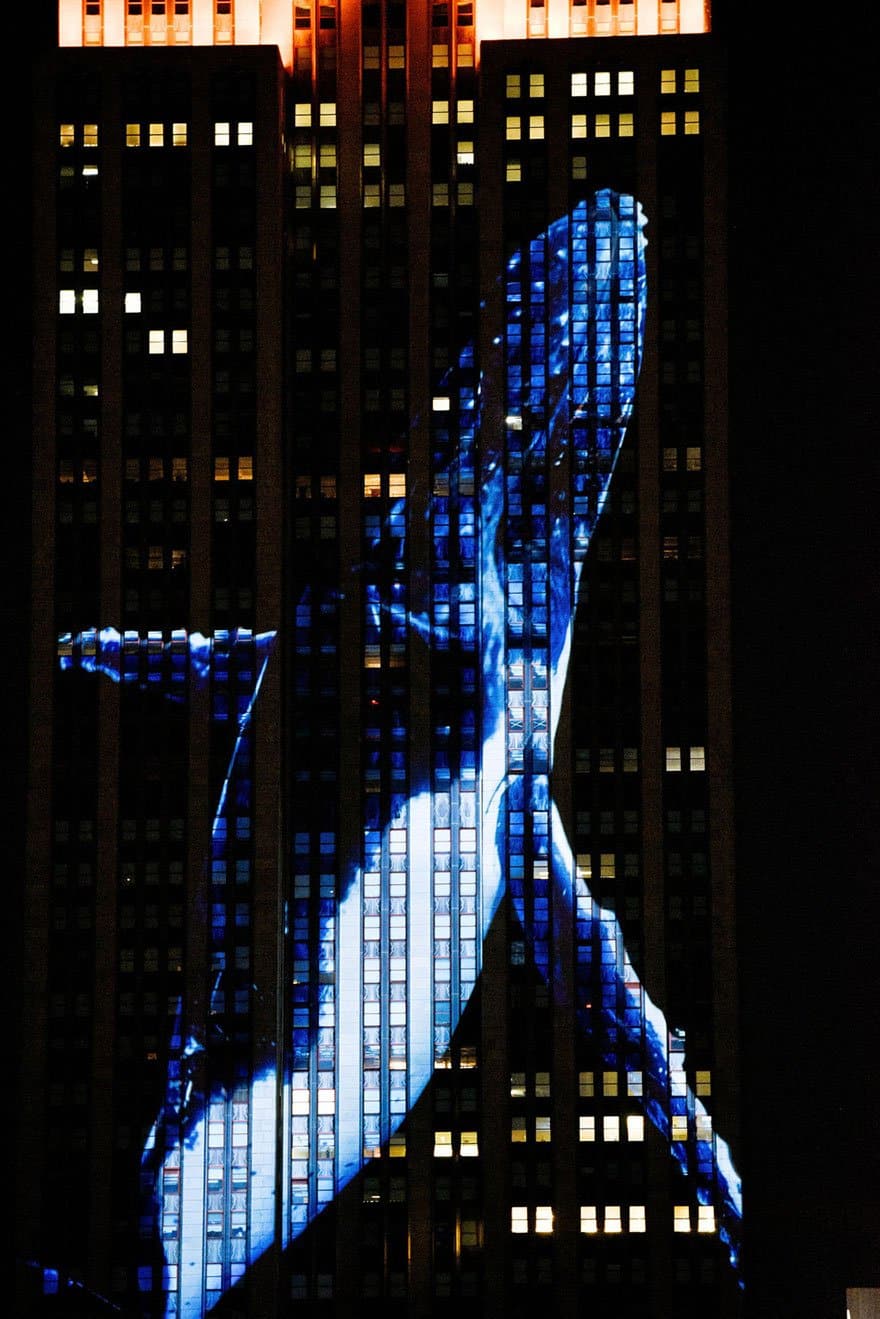 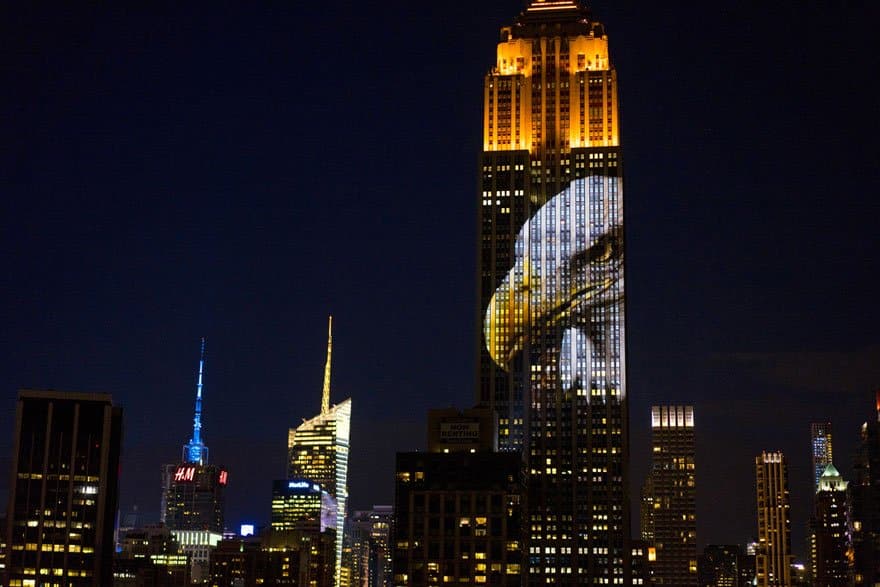 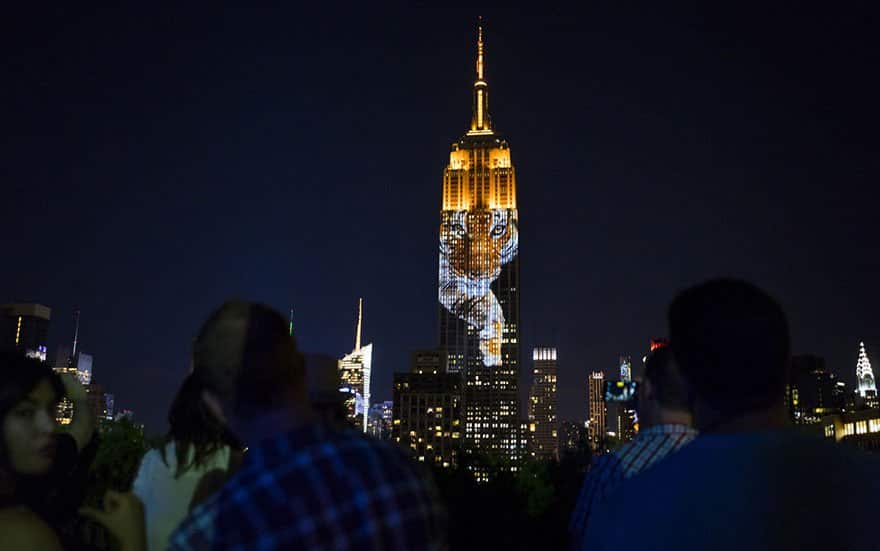 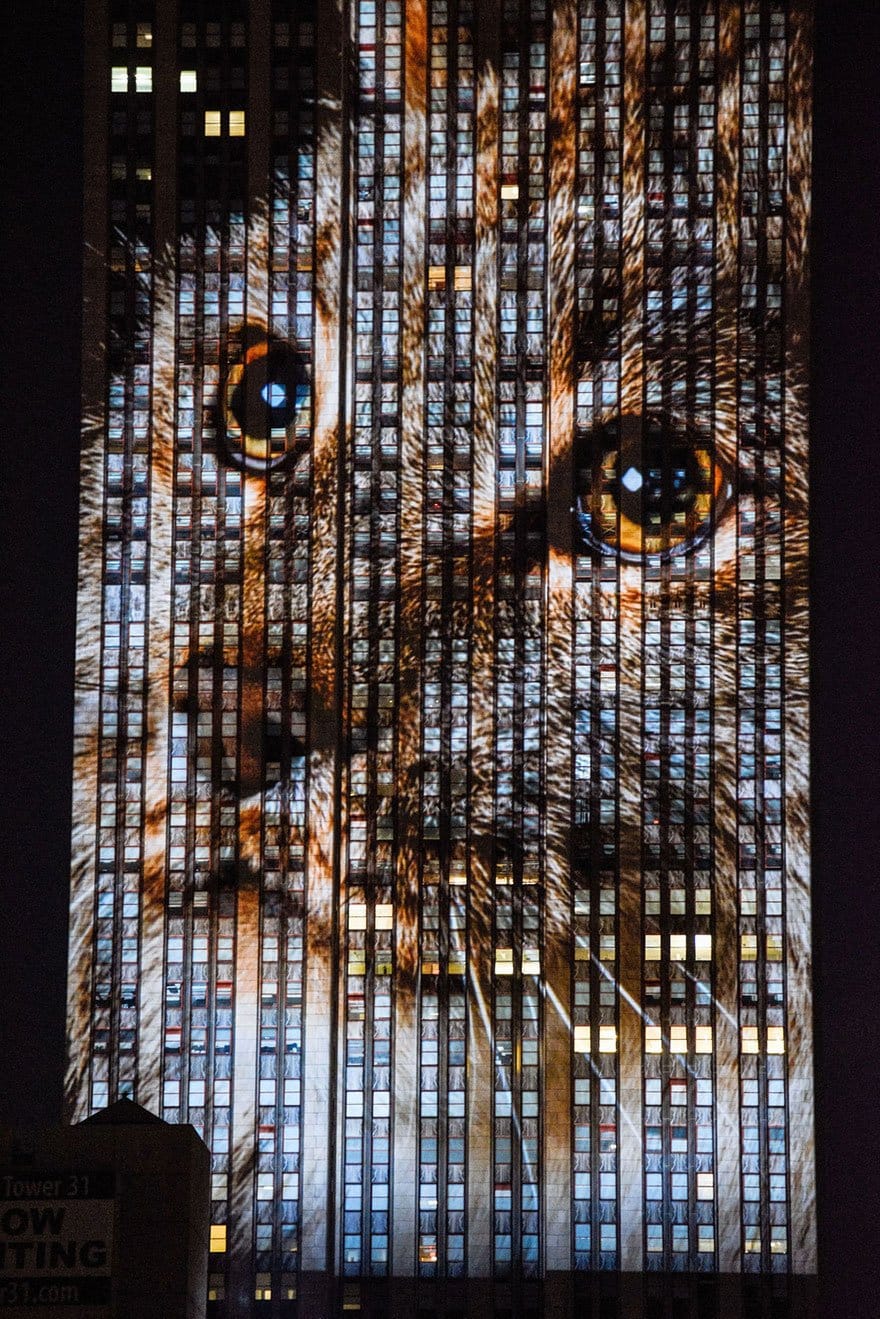 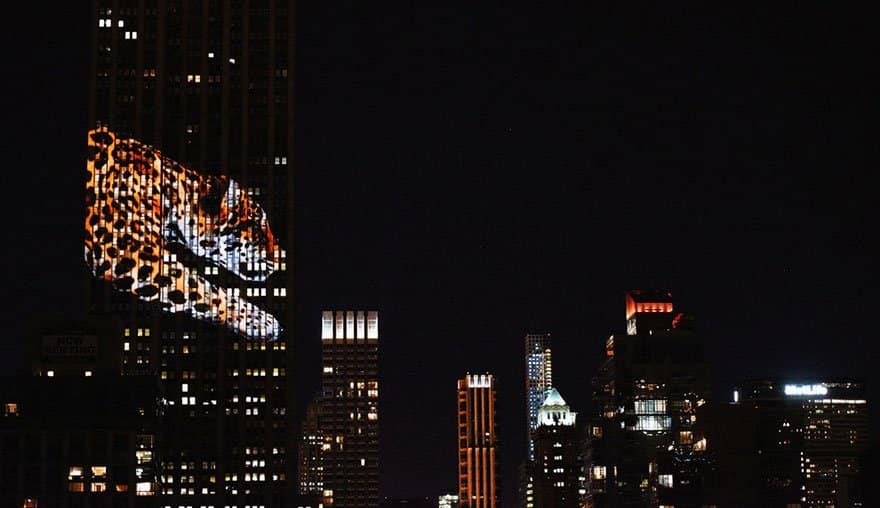 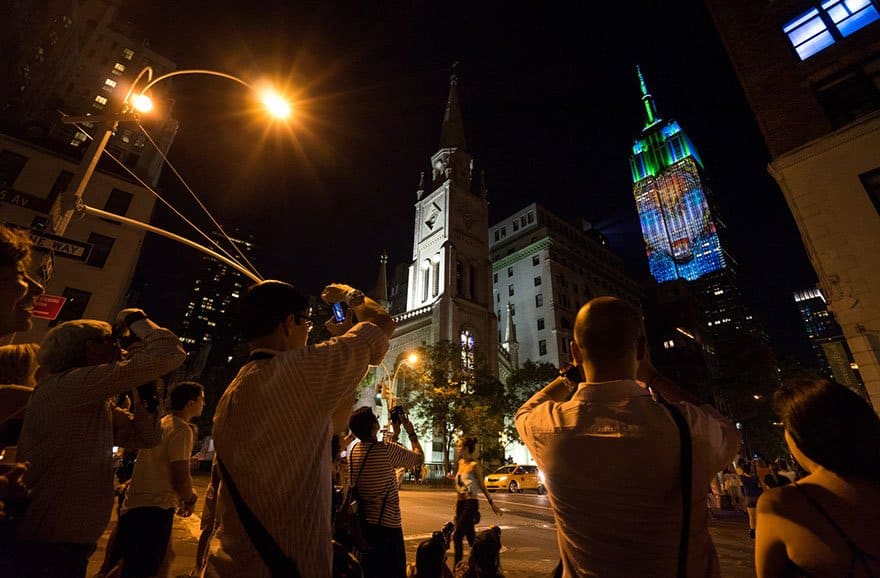 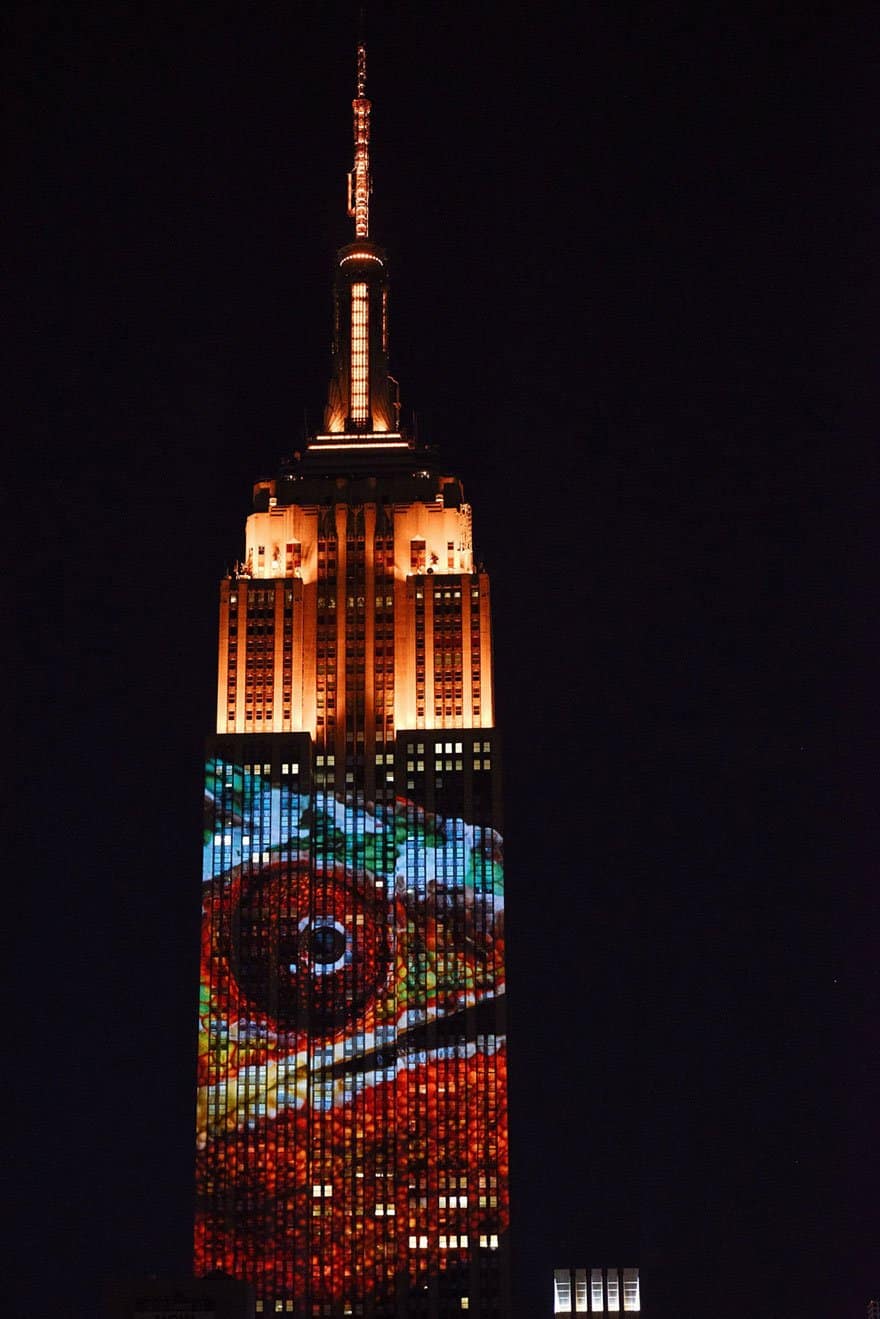 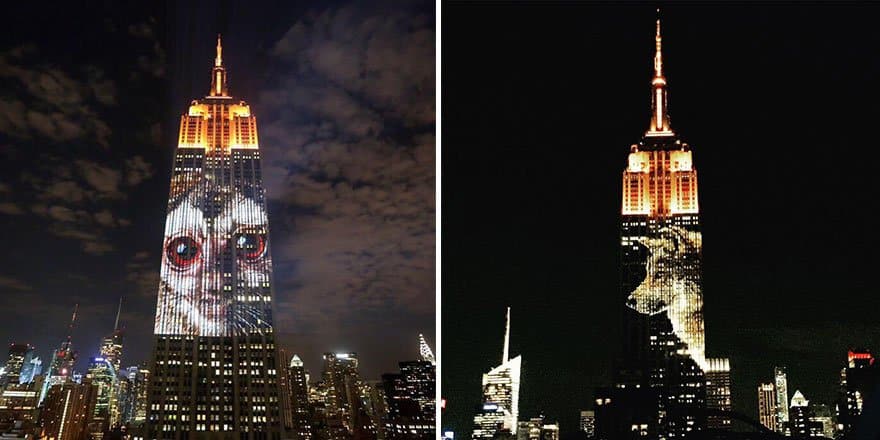 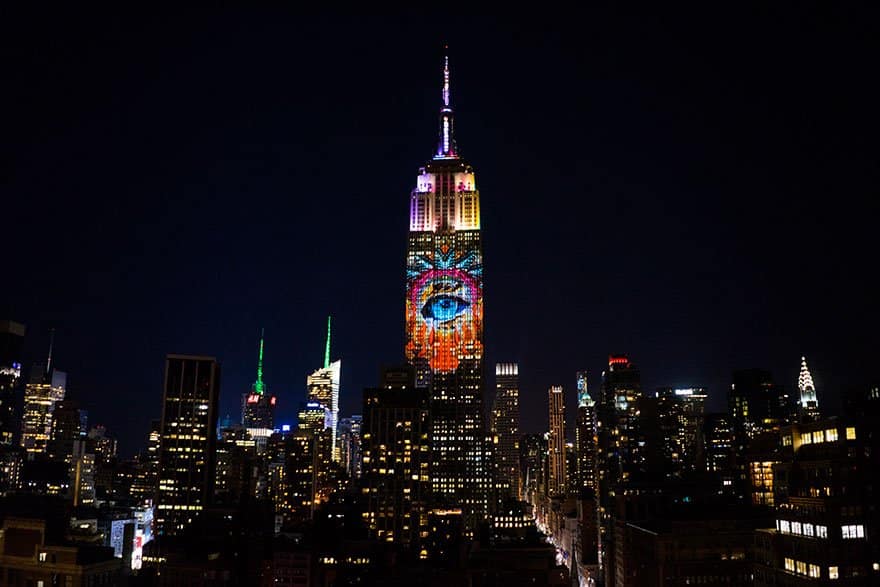