Bizarre things can happen anywhere, even in forests. Some scientists have become baffled after a footage of an elephant “smoking” in the woods in India went viral.

The 48-second video shows an elephant puffing clouds of smoke into the air, which has left the scientists wondering how it happened.a

The video, which was captured by a scientist from the Wildlife Conservation Society (WCS). 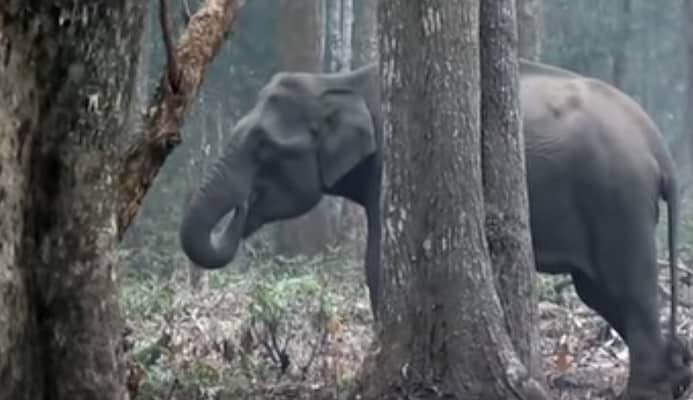 The scientist observed how the creature ingests charcoal and blow ashes in a burnt forest during the summer.

Apparently, this unusual behavior is the first video documentation of a pachyderm smoking.

The scientist captured the video in April 2016 but it was only uploaded online recently. 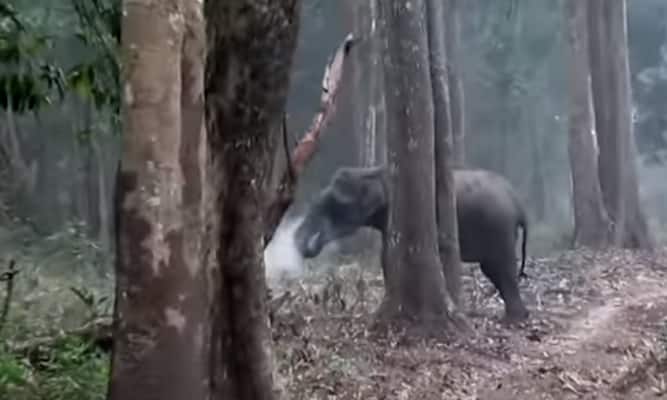 “This was not an unusual sighting, but what we saw her doing was something that I had never witnessed before, and it has probably not been commonly captured on film earlier either.”

“As cameras clicked, I switched on to the video mode and filmed what would be an amazing sight to behold, a behavior that has had experts trying to decipher the exact nature of the action.”

“What we saw that day almost appeared as though the elephant was smoking – she would draw up a trunk full of ash close to her mouth and blow it out in a puff of smoke.”

Another scientist, Dr. Varun R. Goswami, believes that the elephant was mo.st probably trying to ingest wood charcoal in the forest after a fire, which might have been caused by a bushfire or a lightning strike.

The elephant might have smoked charcoal to eliminate the toxins from its body. 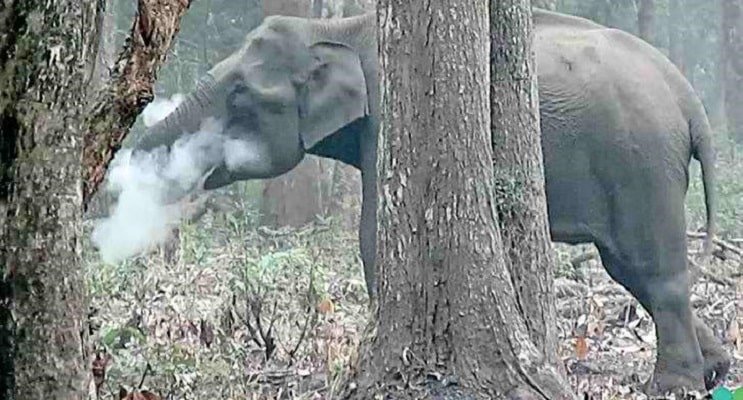