Art, as they say, knows no boundaries. And we’ve seen this over and over as demonstrated by artists, creators, and inventors who have boldly pushed their limits, stepped outside of their comfort zones, and even utilized out-of-the-box medium for their crafts.

Case in point, we are both amazed and impressed by the fact that we now have an electric guitar in our time that’s been built using colored pencils. 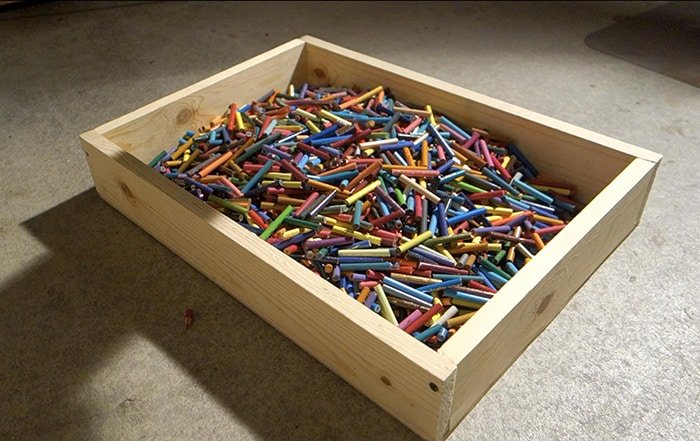 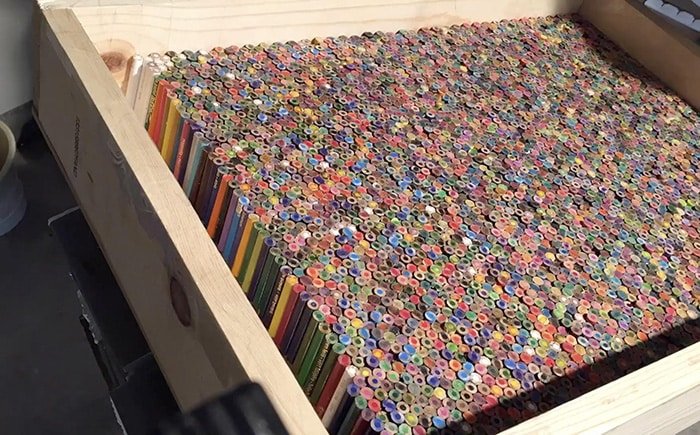 Apparently, a guy named Burls took inspiration from people who have been making bowls out of colored pencils. He, however, took it upon himself to take things to the next level by building a musical instrument.

Aside from his unusual choice of material, the twist here is that according to Burls himself, he has never built a guitar his entire life! 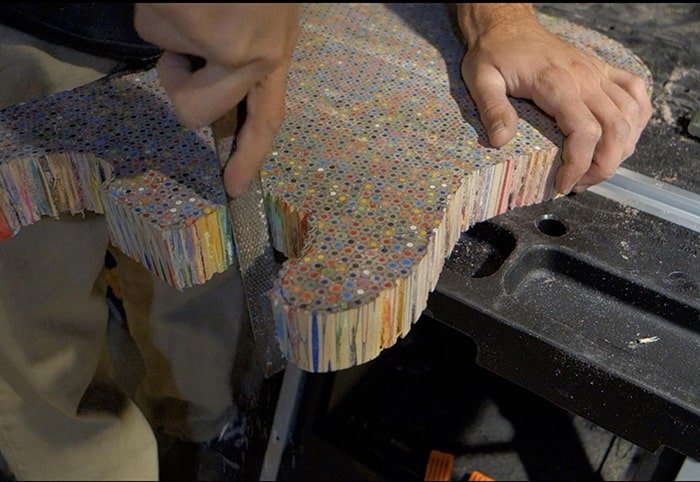 “This was my first guitar I’ve ever built,” he admitted, “but I am more than satisfied with how it turned out.” 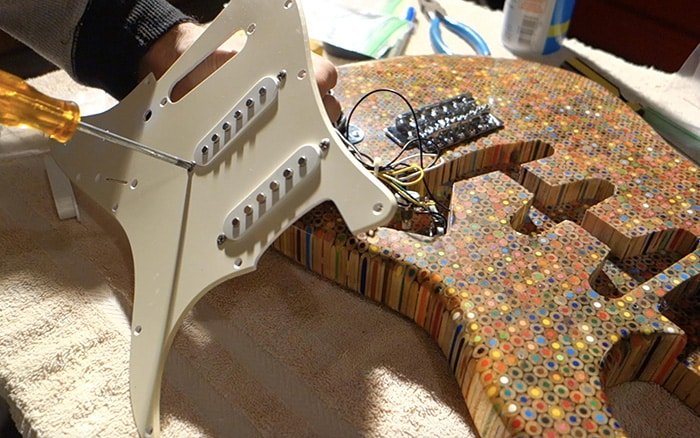 Check out the rest of the photos here: 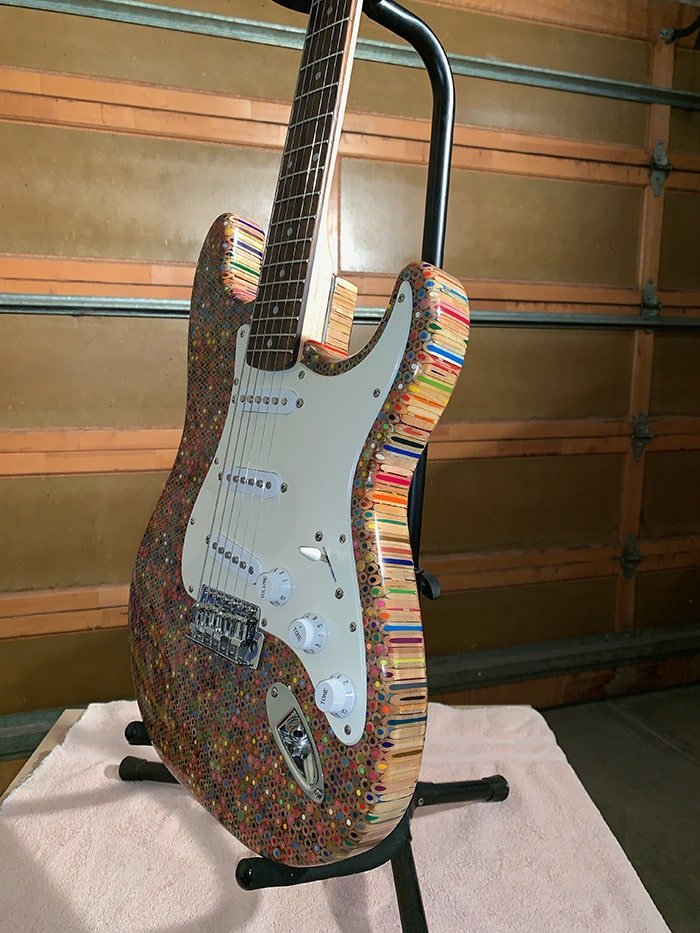 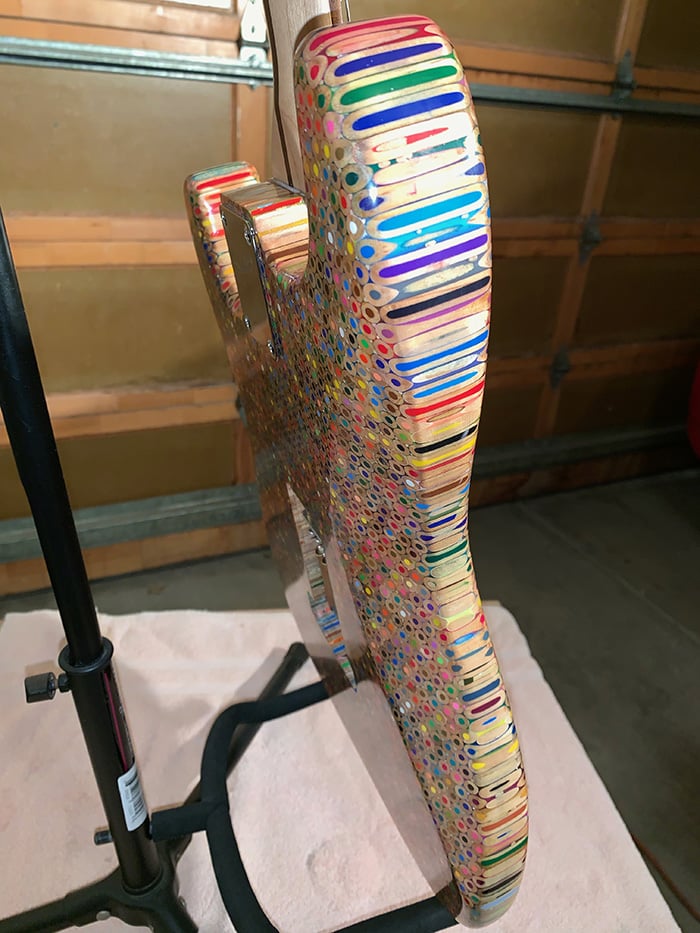 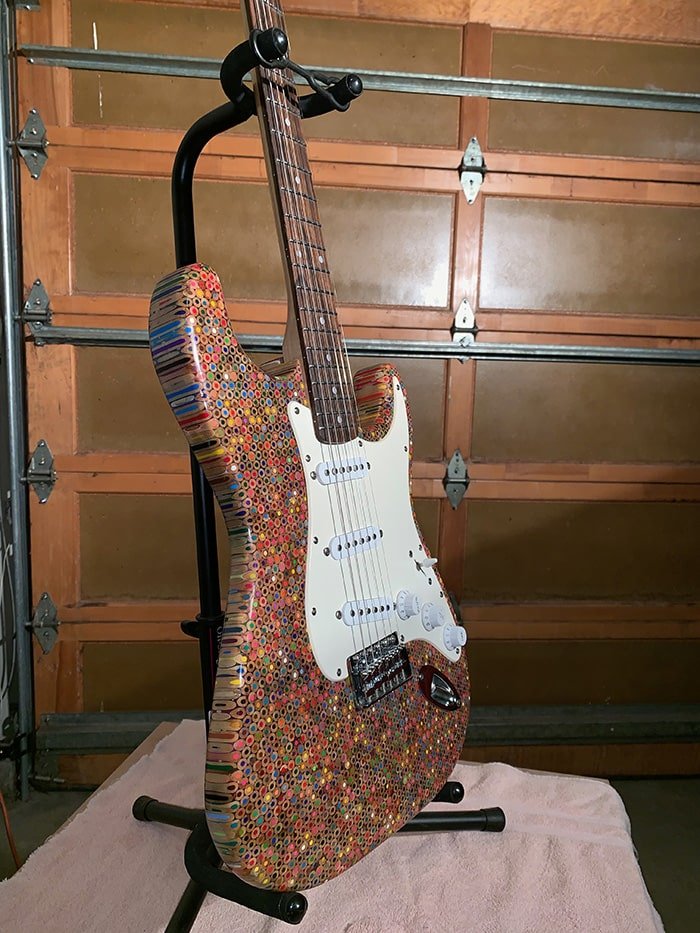 According to Burls, the colored pencils costed him about $120 while the rest of his hardware were common objects he found in the house. All in all, he spent $150 for the project and worked 2 to 4 hours each day for several weeks. 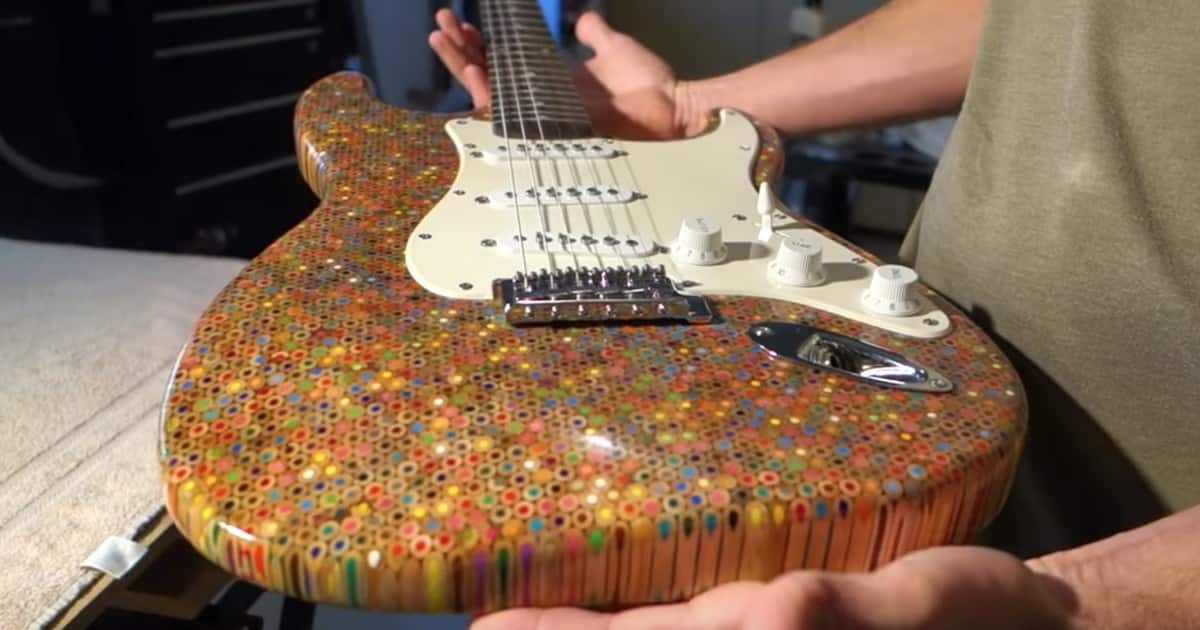 “Painting and sanding took the longest by far. Cutting the pencils initially was the most strenuous task.”

The video eventually went viral when he posted it online, gaining millions of views on YouTube alone.