An act of kindness done with utmost sincerity can touch and warm even the coldest of hearts. And for the people who desperately need help, a kind gesture—no matter how grand or small it is—may already mean the world to them.

So, when a flight attendant helped an elderly, physically challenged man aboard a passenger jet in China, the man, the rest of the passengers who witnessed the act, and millions of other people on the internet were moved to tears.

On December 8, Mr. Niu and his wife were on an HU7302 domestic flight from Zhengzhou to Haikou in south China. Mr. Niu, who was a former professor of medicine, suffered a stroke, which left him half-paralyzed and wheelchair bound.

According to a reporter from People’s Daily, the couple were not flying first class, and the crew are not obliged to provide them with special treatment. However, a kind-hearted flight attendant named Fan Xuesong had Mr. Niu transferred to the front seat where it was more spacious. Also, there, it would be more convenient for him to go to the restroom. Unfortunately, his wife was not given a priority seat, so they had to sit separately.

During dinner, Ms. Fan noticed how Mr. Niu struggled to grasp the spoon in his hands. So she offered to help him. 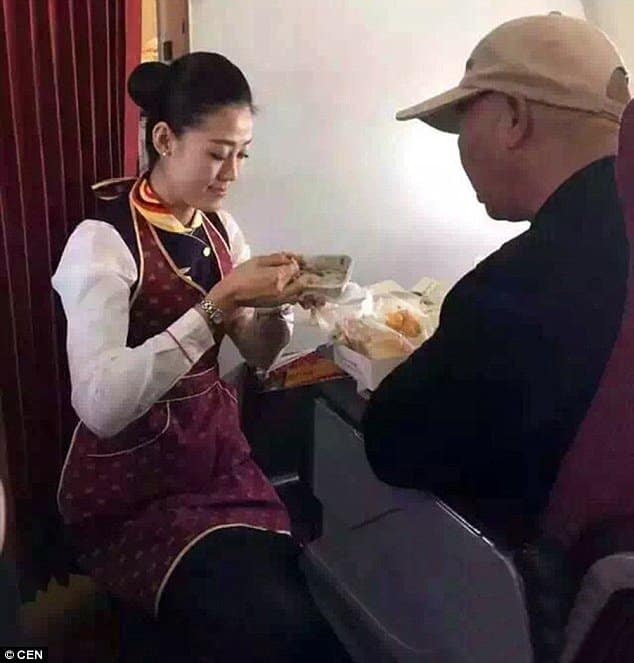 Mr. Niu was deeply moved by her compassion and was not able to fight the tears from falling down his face. 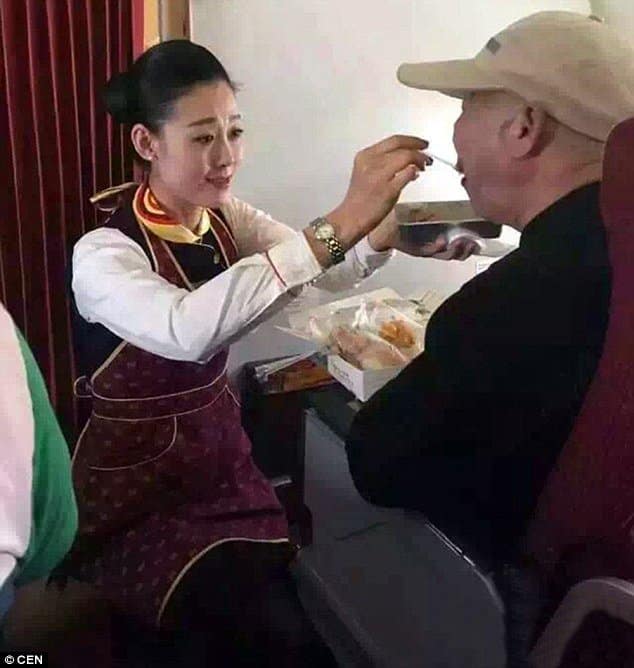 “When I said I wanted to feed him, he suddenly felt touched and started to cry,” Ms. Fan said. 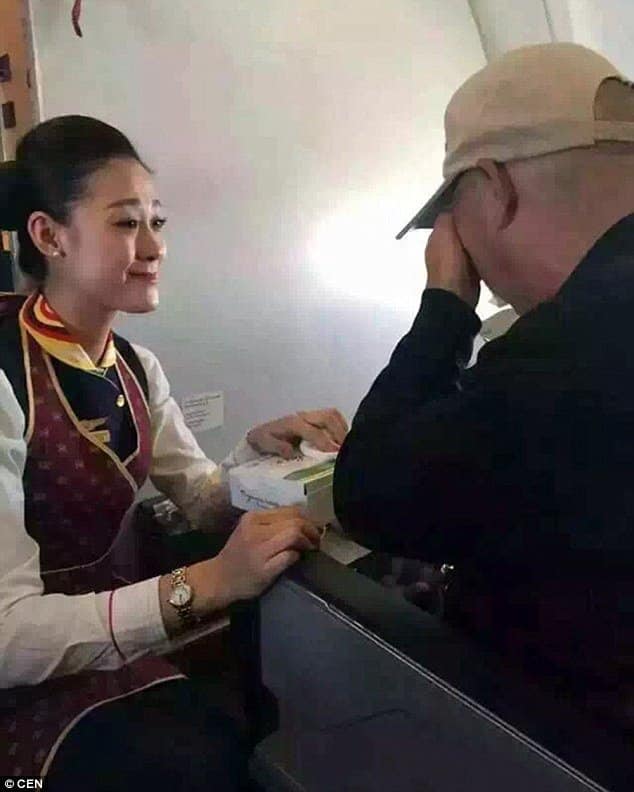 Mr. Niu was having difficulty chewing rice because of his condition, so the kind-hearted air hostess grabbed a box of noodles instead. He choked several times, but Ms. Fan patiently attended to him. 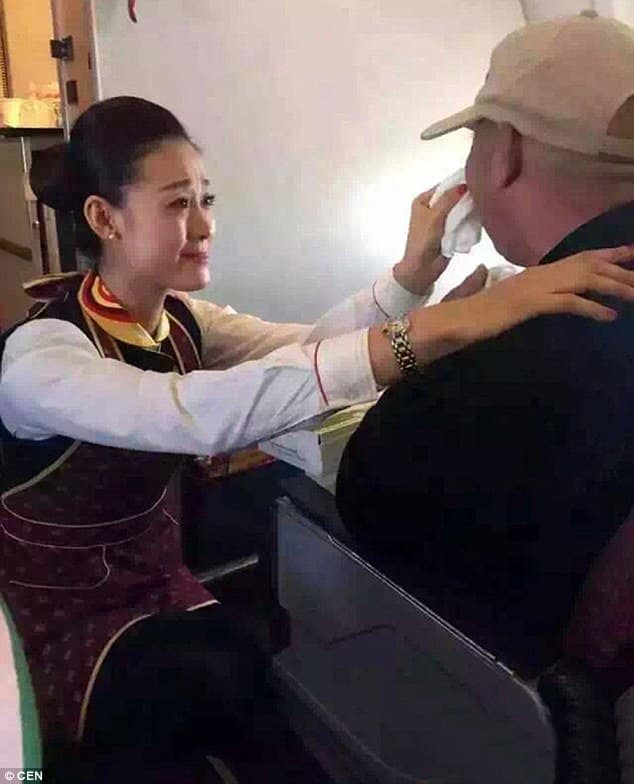 Ms. Fan had to grab some tissue and wipe the tears off the elderly man’s face.

One of the passengers who witnessed the emotional incident took pictures and uploaded them on Weibo—a social media similar to Twitter. It instantly went viral and was shared by millions of people on the internet.

“Someone tried to take her photo and she asked them not to. I couldn’t help but cry as she helped me eat, blew my nose and wiped away my tears. I do not know the girls name but given the chance I would thank her again,” Mr. Niu told local reporters.

Miss Fan, who has been in service for 11 years, said, “The old man worked hard all his life, did contribute to society, we should be kind to him.”