The debate on whether the Earth is flat or round seems to have no ending. While early years explorers already accepted that the world is round, a conspiracy theorist in now stepping out into the light to spark another debate, saying NASA has been lying to humanity to hide the fact that our planet is actually a flat disc.

Conspiracy theorist Mark Sargent dared astronaut Terry Virts to participate in a debate about the real shape of the Earth. Although it is ridiculous to lecture someone who has actually seen the whole of our planet from above, Sargent still laid down his arguments and he did it on national TV.

A conspiracy theorist goes on national TV to talk about his claim that the Earth is flat. 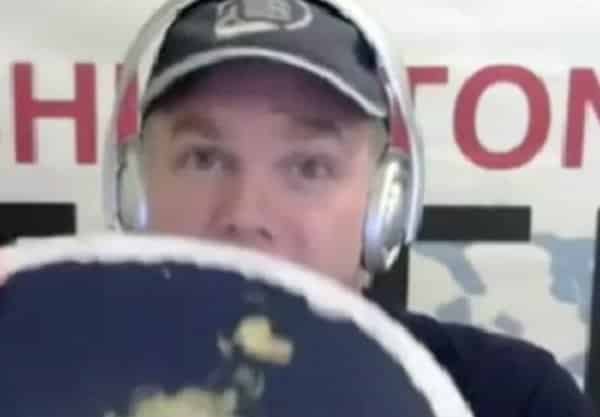 Sargent guested in a segment of ITV’s Good Morning Britain where he shared his hypothesis saying:

“I think the Earth is flat, that the biggest reason is go to the beach with a high-powered HD camera and look off into the distance. About ten, fifteen years ago, you could see ships go over the horizon right? Now you can bring it back into frame. All you have to do is crank up the zoom. Technology has changed everything. And yes, as much as Terry is one of my countrymen, I respect that, he’s a commander in the United States military which means he can keep secrets.”

He presented supposed pieces of evidence to prove that the planet is actually like a disc.

It is still confusing what motives NASA could be holding to hide such an important fact to the world, but Sargent is persistent on concluding that we have been living in a disc since the beginning. He continued:

If this place was built, it was built by someone, so we’re not alone.”

He even went as far as talking about NASA telling lies to hide the fact that the world is flat. 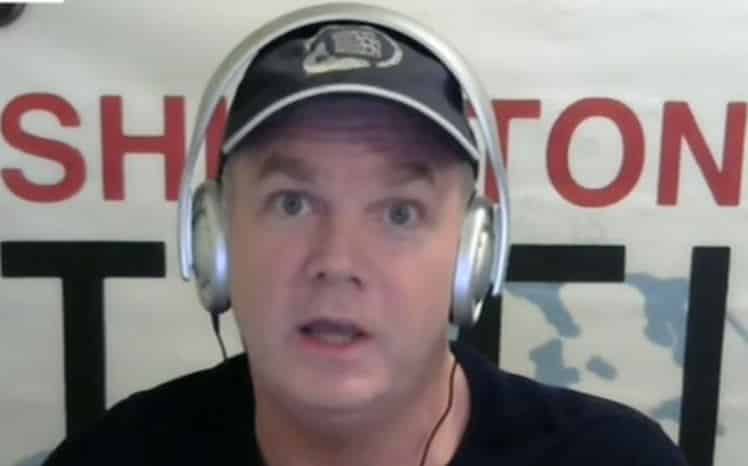 The baffled and speechless host then turned to Terry Virts to answer to Sargent’s theory that the world is flat. The astronaut who spent 200 days at the International Space Station (ISS) stayed loyal to the facts he saw first-hand and denied keeping high level secrets.

“If the Earth is flat then all the other moons and planets would be flat, have a look at them through a telescope, you can see the shadows in 3D.. there’s a huge clue right there!

So they put me on a space shuttle and they hit the red button and I launched into space, going eastbound at 17,000 miles an hour. Thankfully I came back around to the other side. If the Earth were flat I would have kept on going.”

To ease Sargent’s mind, Astronaut Terry Virts also appeared on the morning TV show to present his own evidence that the world is round. 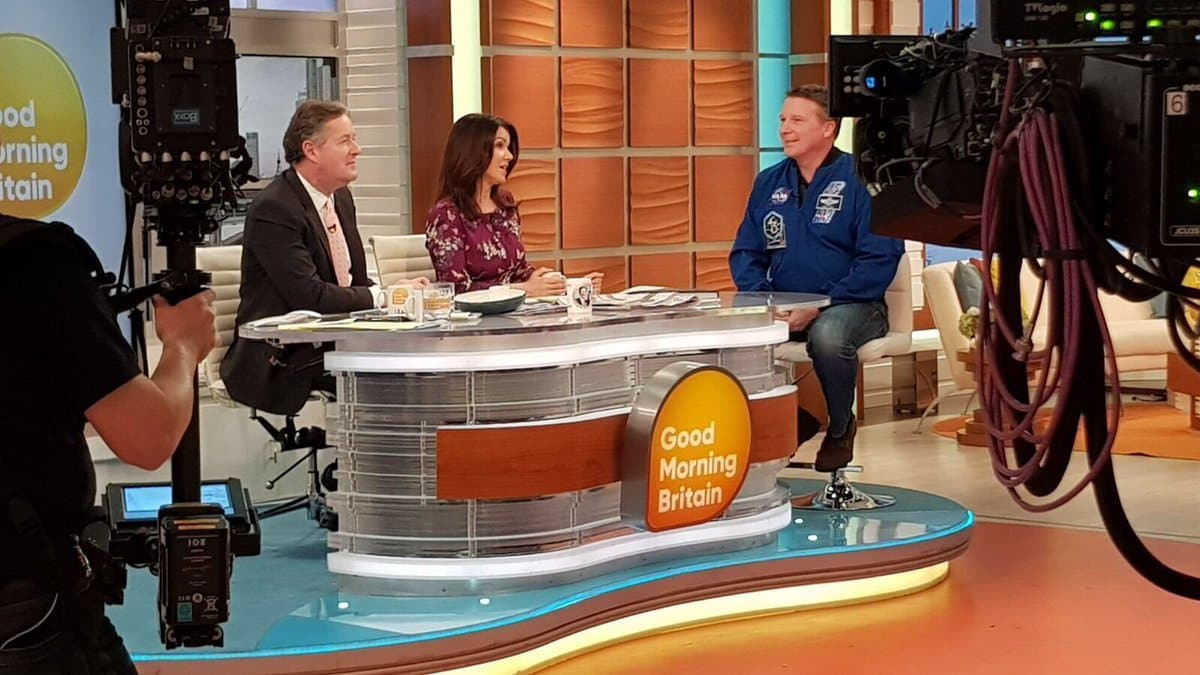 Virts showed photos of Earth he personally tokk from outer space, but Sargent was too stubborn to believe. 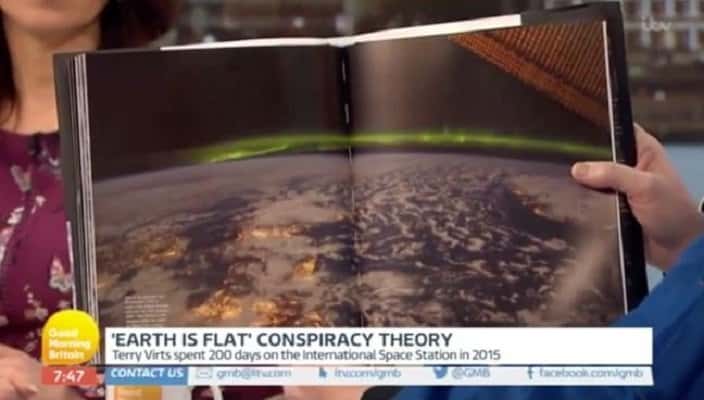 Virts continued to lay down evidence that the world is round, showing Sargent images he took during his trip to the ISS back in 2015. These images were also published in the astronaut’s book, titled “View From Above.”

Despite the evidence that Virts shared, Sargent continues to be suspicious, even claiming that the photos were manipulated. The astronaut has later tweeted though: “Matter settled. The Earth is round! Now on to bigger and more important issues….”