Drug smugglers are really becoming a little too clever these days. Remember that news report where we told you of how some dealers are using in Kuwait pigeons to deliver their illegal goods? Well, it looks like things are a bit more elaborate and high-tech for Colombian drug smugglers.

In a post by PopularMechanics, we learn that Guatemalan police recently found an “odd watercraft” that utilizes the same hull technology as military vessels called Very Slender Vessels (VSVs).

Apparently, this stealth boat has been used by smugglers to deliver drugs undetected. 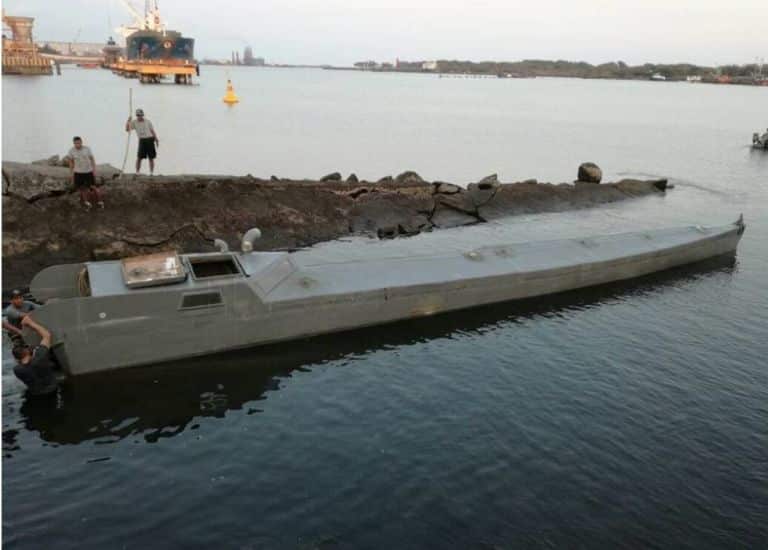 Eventually, however, the ship was “abandoned when it was discovered by the Guatemalan National Civil Police about 23 miles off the coast of Guatemala, between the Sipacate and Nahualate Rivers,” PopMech wrote.

HI Sutton, author of the Covert Shores web site, said that the outboard motors and navigation equipment have been removed from the ship.

A naval analyst himself, Sutton pointed out that the ship has a sophisticated design compared with past narco vessels. 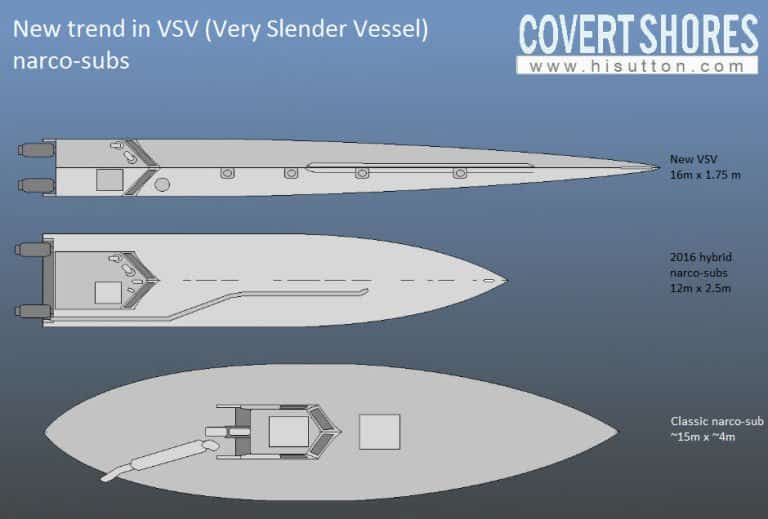 “VSVs are normally associated with Navy Special Forces or racing, so this is the first time we have seen a narco-sub which uses this design.”

“The VSV form is ideal for semi-submersibles and means that it can be faster and keep a lower profile. The downside is that there is less room inside for cargo. But the payload will still be worth millions of dollars so it is easily worth it for the drug smugglers.”

Case in point, VSVs are much faster compared with other semi-submersible vessels. 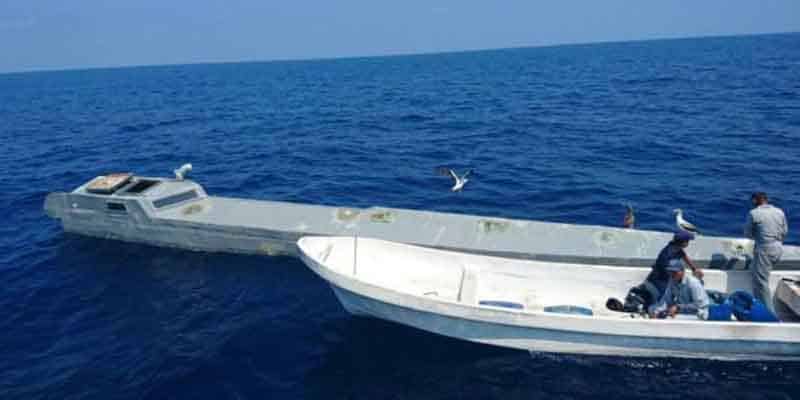 As Sutton put it:

“The sharp bow of the VSV punches through waves instead of riding over the top like a normal boat, and the slender body, which is about as wide as it is tall, ensures that the whole boat follows. So it goes like a bullet even in heavy sea.”

In Sutton’s best estimate, this type of ship has a speed of about 20 knots – which means its fast enough to travel from Colombia to Mexico or Guatemala in just 4 days.