Driving can be a difficult task for many people. However, some truly gifted drivers have skills that will make your jaw drop. From conquering steep rocky hills to maneuvering a semi truck into a tiny parking space, there is nothing these professionals can’t do behind the wheel.

There is little doubt that most of the featured drivers have years of experience. Interestingly, it is possible that some of the people in the compilation just got very lucky when they decided to drive a vehicle that day. Nevertheless, we are still in awe with their tricks.

This scary situation has an impressive plot twist. 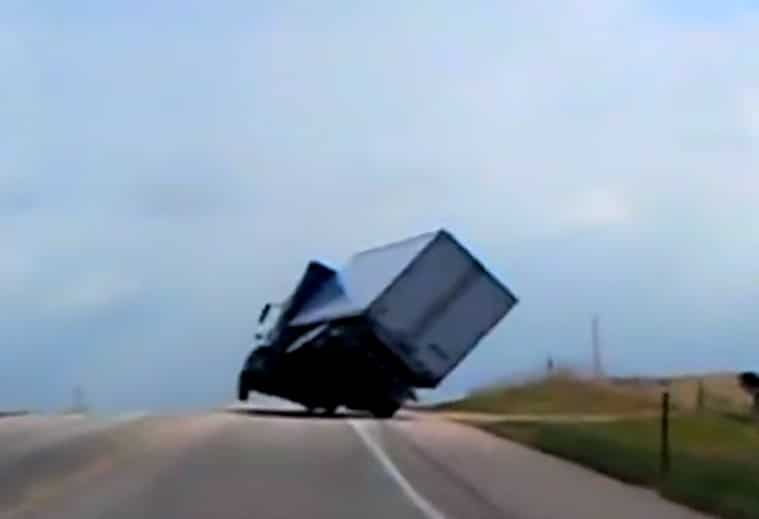 One man proved that he can get his truck out of any situation. He manages to drive over large rocks and reach a smoother terrain with only a few minor spills. Another driver shows off his four-wheel driving skills by driving down the face of a small cliff.

Parking can be a difficult task for most of us. However, a Fed Ex driver effortlessly slipped his semi truck into a tiny parking space in a building. Now that’s something you don’t see every day.

Car drivers aren’t the only ones who can do awesome things in the video. A helicopter pilot skillfully brought a power tower to its new location. People were amazed by how the pilot managed to make the aircraft hover in just the right position.

Now is not a good time to practice drifting, man.

Sometimes it isn’t enough to have skills. A few of the drivers also had luck on their side. A truck driver came dangerously close to tipping over as he neared a turn. Luckily, he was able to stabilize the vehicle.

Driving can get very dangerous when there is ice involved. A driver appeared to be in great trouble as his truck skidded over the icy road. With skills and some good luck, he managed to escape a possible disaster.