There’s just no way other of saying it: racism is utterly disgusting. It shows the ugly side of humans and, thankfully, more and more people and organizations are condemning the awful behavior.

This is exactly why it’s shocking when racial discrimination comes from a major product brand. Apparently, Dove has sparked a new controversy on the internet after releasing a racist advertisement – which they eventually decided to pull following the backlash.

What the hell, Dove? 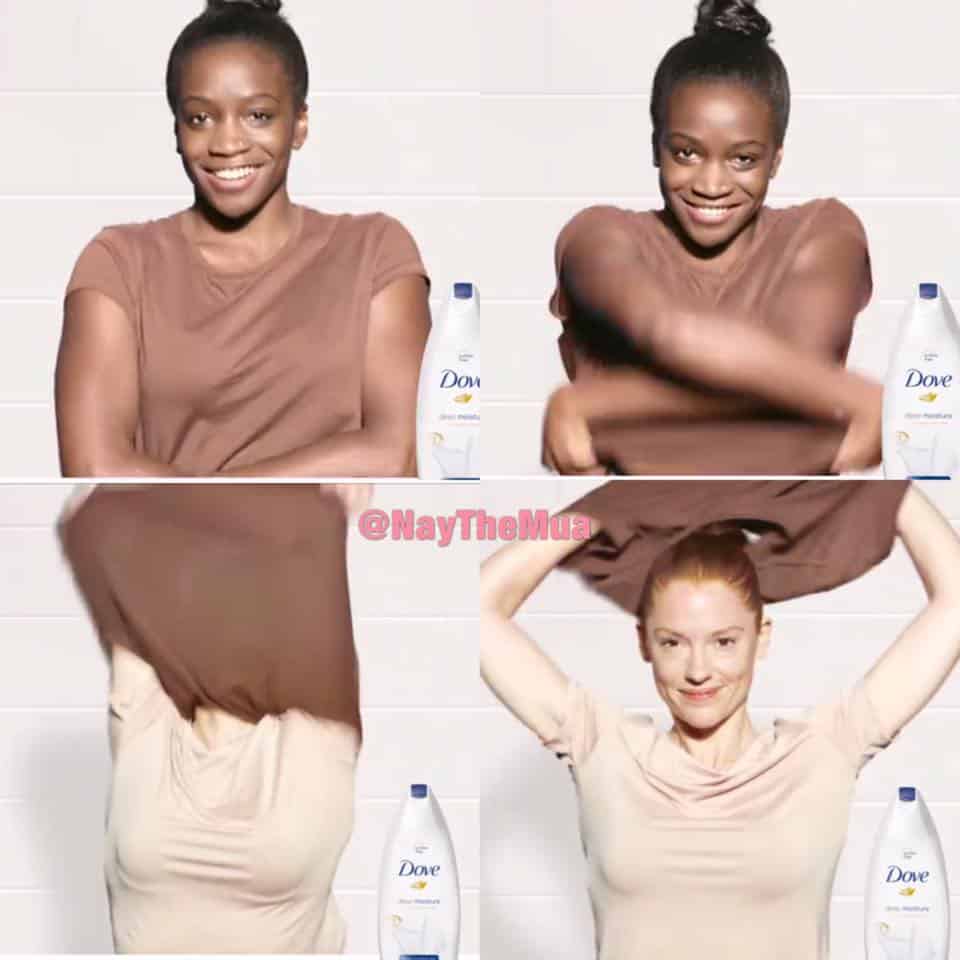 In a body lotion ad, a black woman can be seen removing her shirt, revealing a white woman underneath. Before the said advertisement was removed, make-up artist Naomi Blake spotted it and posted the image on social media.

Blake later added that the brand’s marketing team should have “known better”.

Dove has since pulled the ad and issued an apology.

“An image we recently posted on Facebook missed the mark in representing women of color thoughtfully. We deeply regret the offence it caused.”

People, however, were quick to point out that this isn’t exactly the first time Dove has been accused of racism.

In the past, one of their ads featured a black woman standing under ‘before’ and a white woman under ‘after’. 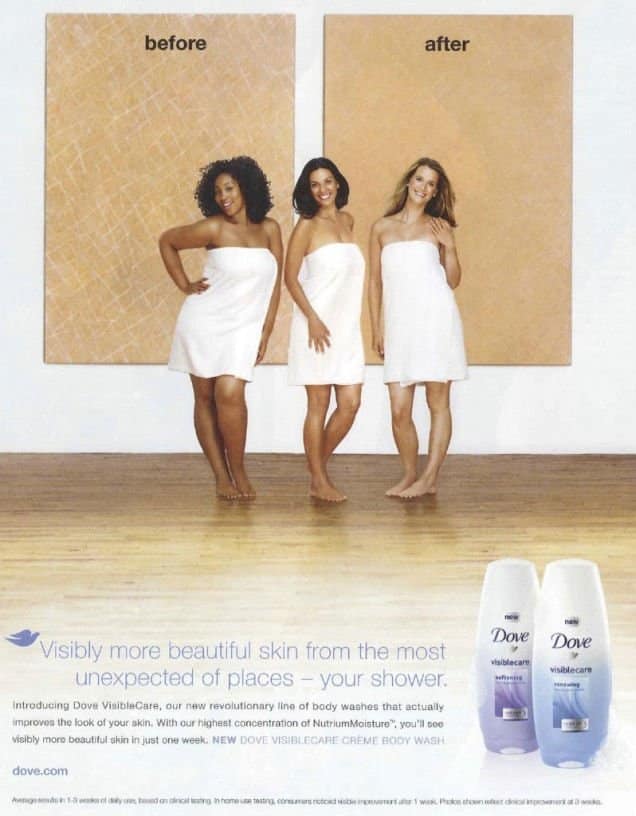 Some netizens also shared photos of one of their products which say ‘for normal to dark skin’. 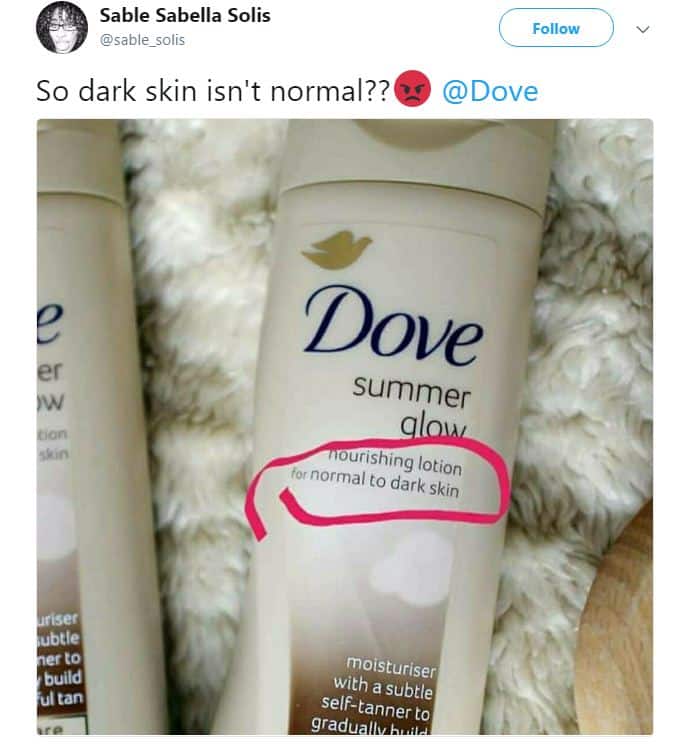 They’re probably doing it “on purpose,” one model pointed out. 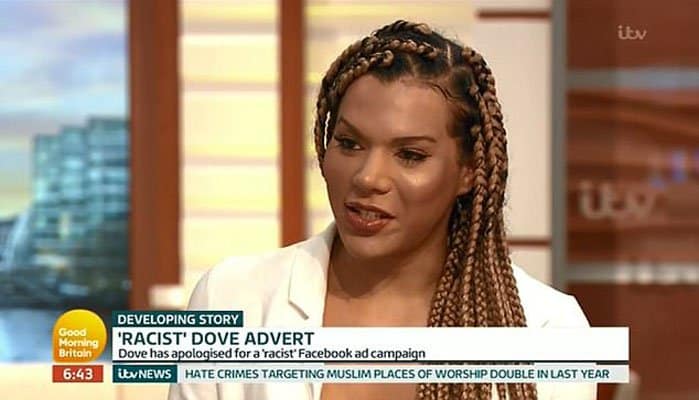 Meanwhile, transgender model Munroe Bergdorf was recently interviewed by ITV’s Good Morning Britain. The model pointed out that Dove may be intentionally be racist.

“This harks back to nineteenth century feelings, to adverts where children are depicted as black, scrubbing off their blackness and turning white.

“It makes you wonder if the crew is as diverse as the cast. There is a precedent in the beauty industry that white is pure and light and fresh and black isn’t.

“They had a bottle that said from normal to dark skin – so what is normal? Why are they getting it wrong so many times? It makes you think, are they doing it on purpose?”