It is a sad scene to see as two dogs refuse to move after their owners dropped them off “like trash” at an animal shelter. It was Ann Flores who spotted the heartbreaking scene just outside Harris County Animal Shelter in Houston, Texas. The dogs flopped to the ground, seemingly protesting being taken to the shelter.

Flores took photos of two women, who she says were laughing as they took the traumatized creatures. She said that one of the dogs laid on his back and rolled over, like he was saying, “please don’t take me in here.”

This dog refused to move as his owner brought him at the animal shelter. 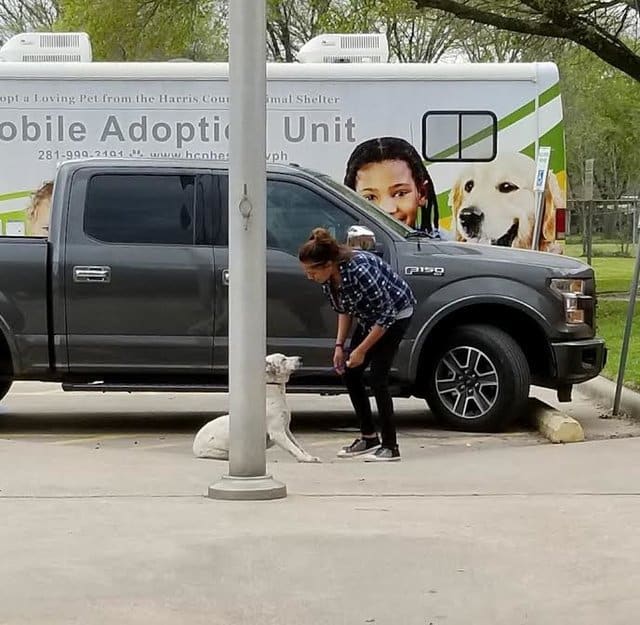 She was further quoted saying:

They were both pulling, but the dogs wouldn’t budge. They had to pick them up because they just would not move. They would not walk in there.

They didn’t care. They were just laughing and giggling because the dogs wouldn’t move. To them, it was just like throwing trash away. There was no remorse, nothing.

Both dogs are suffering in a bad condition with heartworms and other issues. The other also suffered mange over most of the body, not to mention a painful eye infection. The two pups are named Truman and Mandi, and after they got dumped, the shelter staff had to immediately find them new owners.

Thankfully, after public outcry from locals, the Harris County Animal Shelter decided to re-home the dogs before they were euthanized. This was after Flores sent the aforementioned photos to the shelter, who later shared a video (embedded below).

According to Flores, the owners dropped the pups “like trash.” 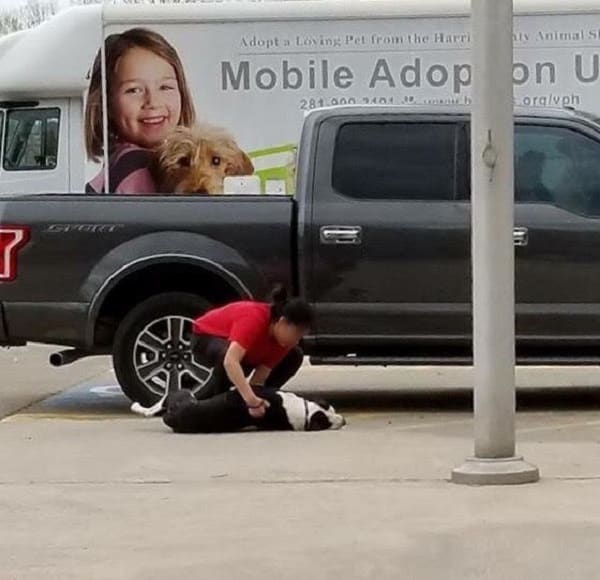 I was really, really angry, and I could feel my blood pressure rise. Why get an animal if you’re not going to keep it and do this to them? It’s not fair.

The director of Grace Mercy Love German Shepherd Rescue, Kellie Donoghue, went to pick up Truman. She said in an interview that when they tried to let Truman walk, he “pancaked flat on the floor.”

The pup was so terrified that he peed, though he waggled his tail the whole time. 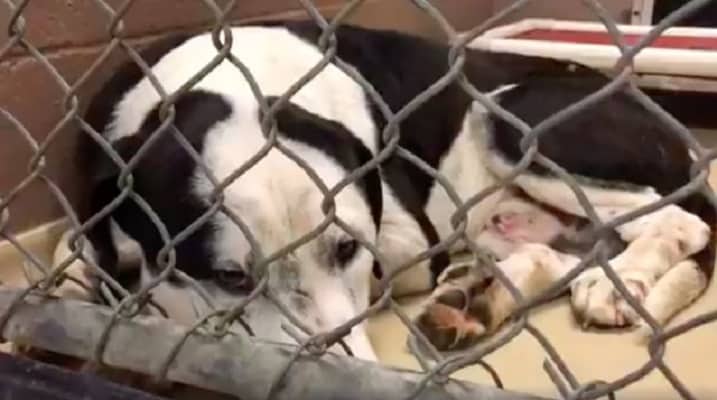 The whole time in the car, he just wanted to be near me. He was starting to warm up to me a bit in a 25-minute car ride, which you don’t often see. Sometimes it takes a really long time for dogs to open up to humans.

In just an hour, we saw a fantastic transformation of a dog who wouldn’t even walk and being flat on the ground and shaking, to feeling safe enough to sleep in the car and get close to me. He’s going to be just a fantastic dog to live with.

Truman now lives with her foster mom Christina Caballero, while Mandi left the shelter a day after her brother. She is now with Jackie Duncan, her foster mom.

Watch the heartbreaking video below: