Some people really just love their dogs too much that they want to bring them along everywhere, even in outdoor adventures. 67-year old retired orthopedic surgeon, David Bahnson strongly feels that way about his Golden Retrievers that he customized his kayak boat so his dogs could accompany him out in the water.

David and his wife Linda enjoys traveling. And wherever they go, the dogs go with them too. David says, “Our dogs have always loved to travel with us in cars, in my airplane, in boats. Building a way for them to kayak with us just seemed like a logical choice, and the boats are fun to build anyway.” 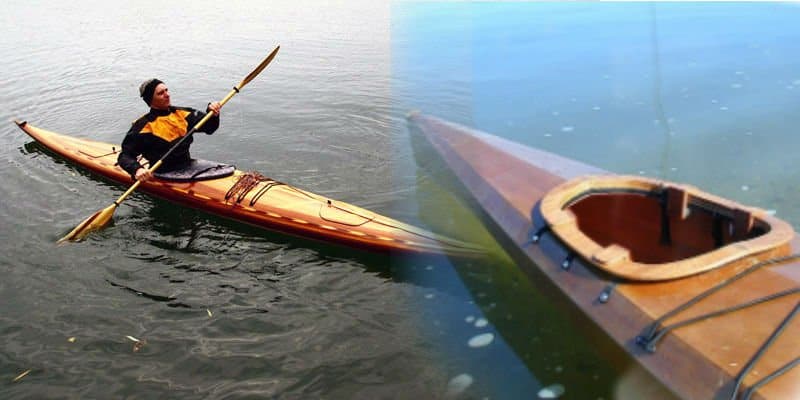 It all started when Bahnson realized that their golden retriever Susie can fit in the rear baggage opening in the kayak. And thus began his modifications. He fitted in a removable coaming around the hole to keep his dog dry and to prevent water from splashing inside.

David Bahnson and Susie out on the kayak together 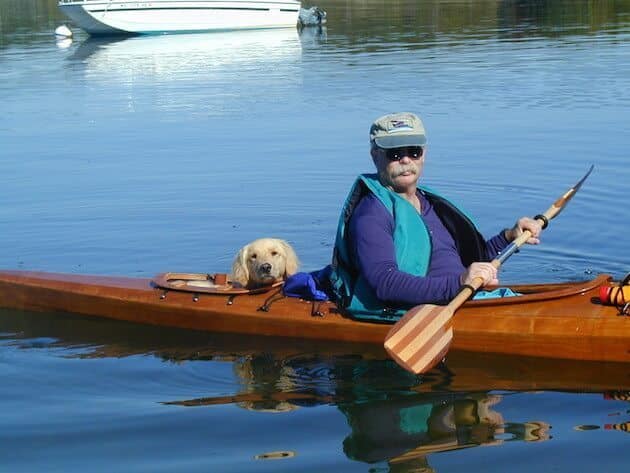 Soon after, David and Linda got another golden retriever pup they named Ginger. Not wanting to leave the new pup out of the fun, David re-modified his kayak adding another compartment in the hull fitted with the removable coaming as well. “When we got Ginger, I just put in another hole,” said Bahnson. “It’s like a triple kayak, only there isn’t enough room for the paddlers to put their feet — but it’s perfect for a dog.”

One more addition to the family! 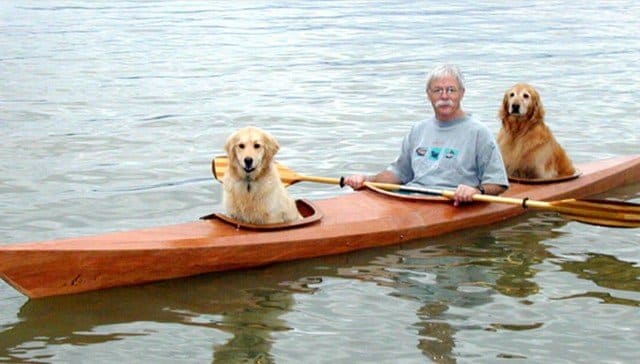 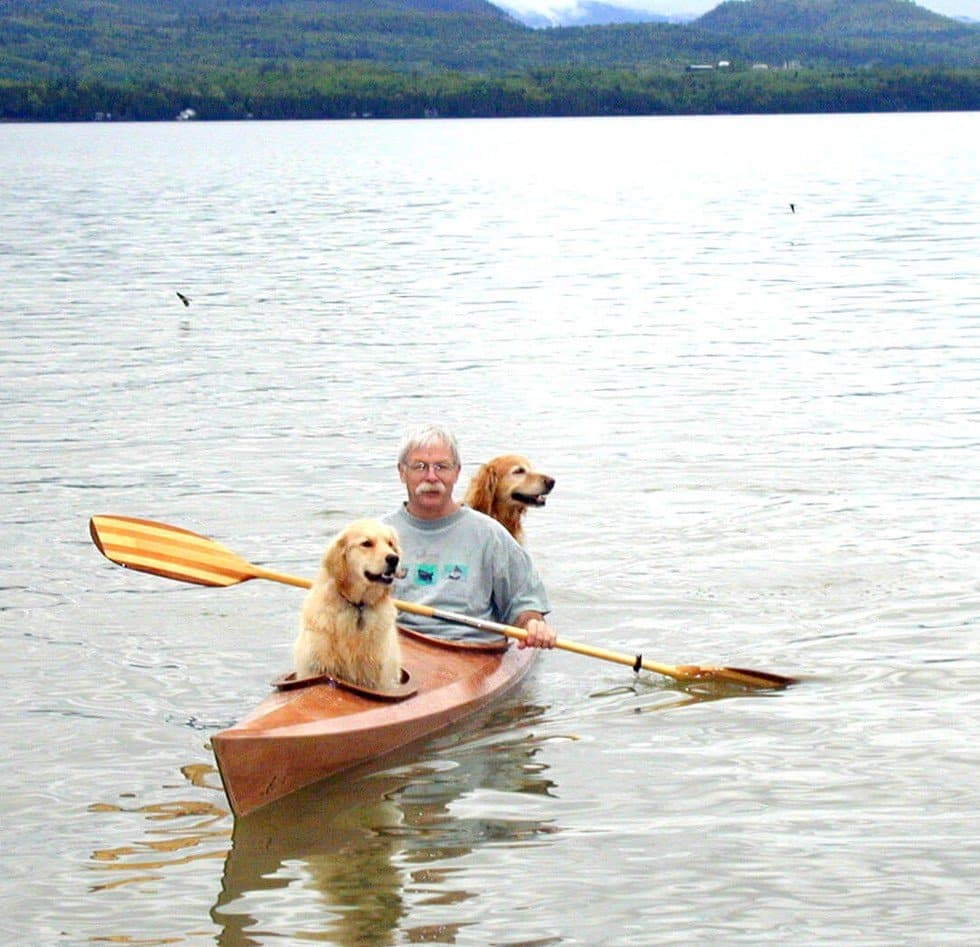 David added, “They seem to love it, they get excited when we’d pull the kayaks out and see that we were going.” The dogs prove to be very smart companions too, needing very minimal supervision at all. “They are trained to get in the kayak themselves on command. They sit down, and off we go. When we come ashore, they’ll stay seated until I tell them it’s OK to get out. They never hopped out into the water, actually,” And even if the boats were to fail, dogs are known to be good swimmers thus the Bahnsons are confident about enjoying their kayak trips with their pooches.

Unfortunately, Susie and Ginger have already passed on but the tradition of bringing along their beloved pets in kayak trips continued on. David has to say, “My wife and her friends still use the kayaks and she takes our newest golden, Piper, along with her”

Susie, Ginger and David enjoying miles of their adventure together. 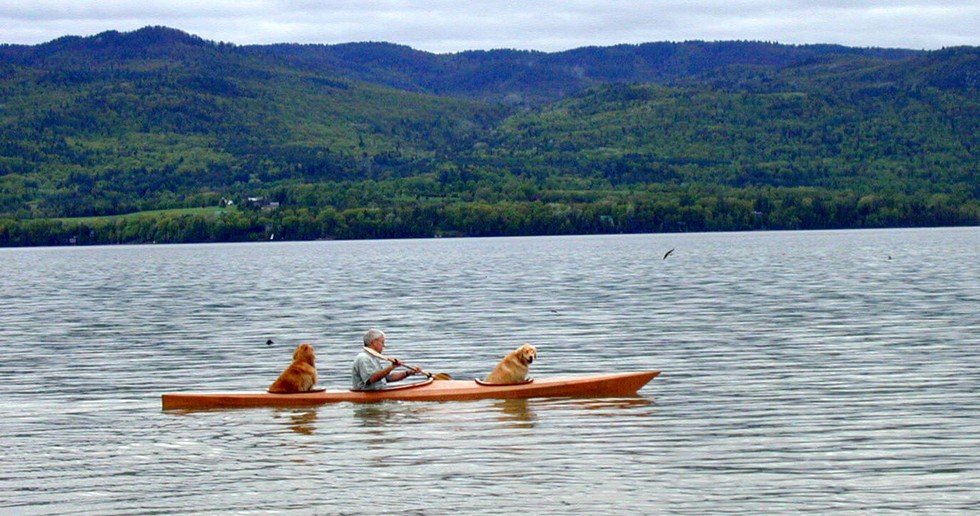 Adventures truly are more wonderful when shared with our loved ones, even our pets.