We often hear stories about the loyalty of man’s best friend. They often rescue humans in danger even at the cost of their own lives. However, this story is remarkably unique because it shows the friendship of two dogs under a tight situation.

It was a freezing Christmas Day in Tseglovka, Ukraine when Denis Malafeyev received an urgent call about a pair of male and female dogs on a train track. One of the dogs was hurt, and could not move away from the track. The other dog did not leave the injured female dog’s side and shielded her whenever a train passed the tracks. When he heard the train’s signal, he would quickly go over and lie on top of her, as they press their heads on the ground while the train ran over them. According to witnesses, the two dogs were on the track for almost two days.

The two dogs were on the freezing train tracks for two days. 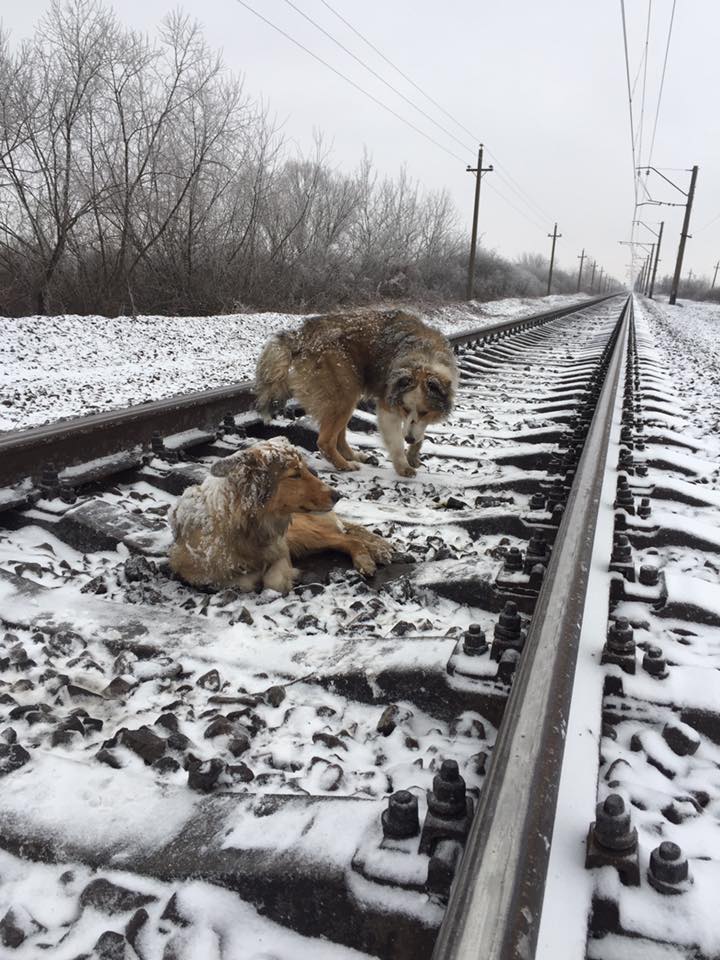 When Denis arrived at the scene, the male dog was reluctant to let anyone near his friend. After some attempts, he was able to successfully reach the female dog and get her in the car. Her companion followed them after. They were brought to the local animal shelter with hopes of finding their owner or a new home.

Panda and Lucy after they were rescued from the tracks. 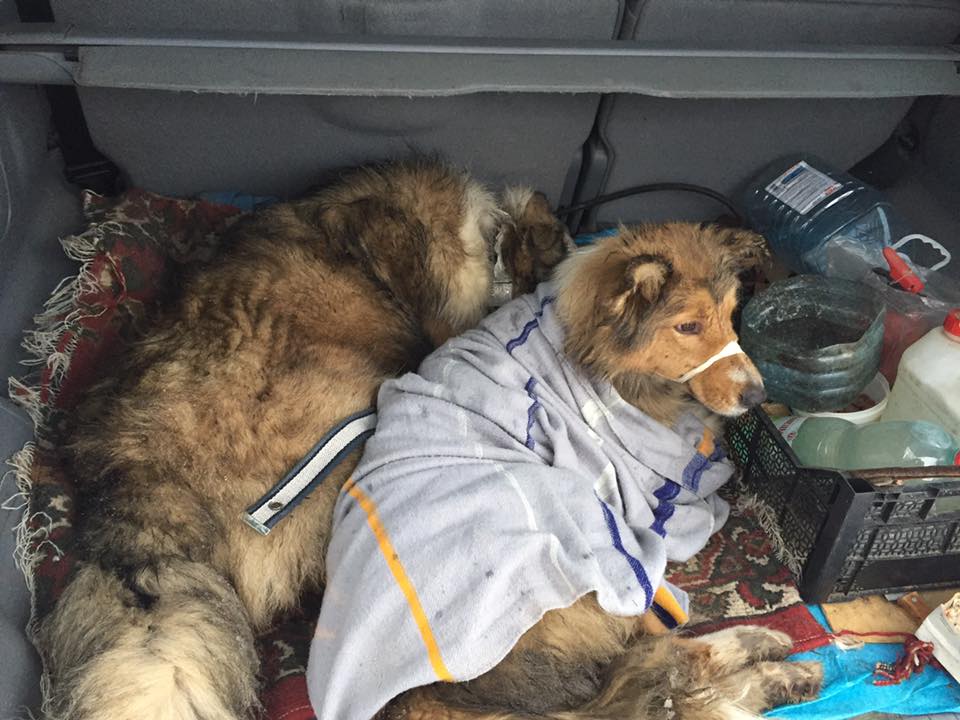 The same day, the dogs’ family was found. Apparently, the female dog named Lucy was hit by a moving train which eventually injured her. Her companion, Panda, never left her side and shielded her from both trains and the freezing temperature. The animal shelter workers made sure that Panda and Lucy’s condition with their owners were good before they were returned to them. On his Facebook post, Denis assured everyone that the dogs were well-mended and the unfortunate incident was not due to neglect.

Here is the heartbreaking video of Panda protecting Lucy:

Denis also added that the two dogs’ were bound by instinct, love, friendship and loyalty. He also reminded everyone to report similar situations to local shelters or authorities and not turn a blind eye when encountering animals in distress. He was thankful, though, that someone did report the incident and the amazing and inspiring story of Panda and Lucy was shared all over the world.