A 22-year old Chinese man found himself in the hospital in really bad shape; he was weak and moaning in pain, his stomach so distended he looked 9 months pregnant. He had chronic constipation for most of his life and got to the point that laxatives couldn’t provide total relief from his pain and discomfort.

The patient looked like he was about to burst anytime! 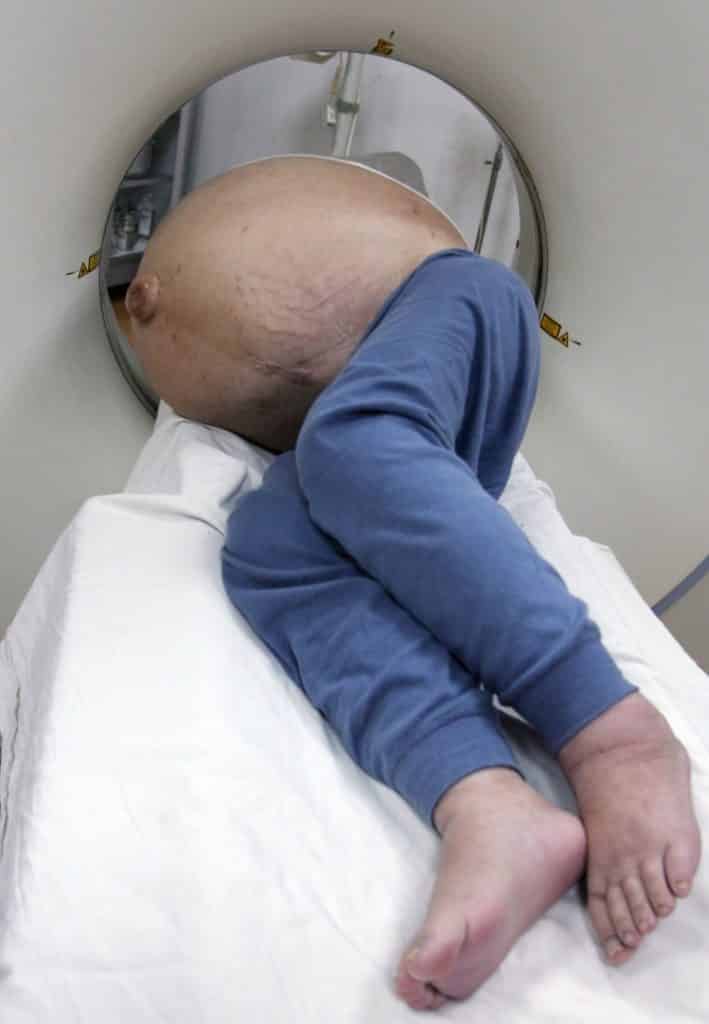 He was sent to surgery and after three hours, doctors were able to remove a massively swollen large intestine filled with feces; it weighed 28.6 pounds or 13 kilograms! 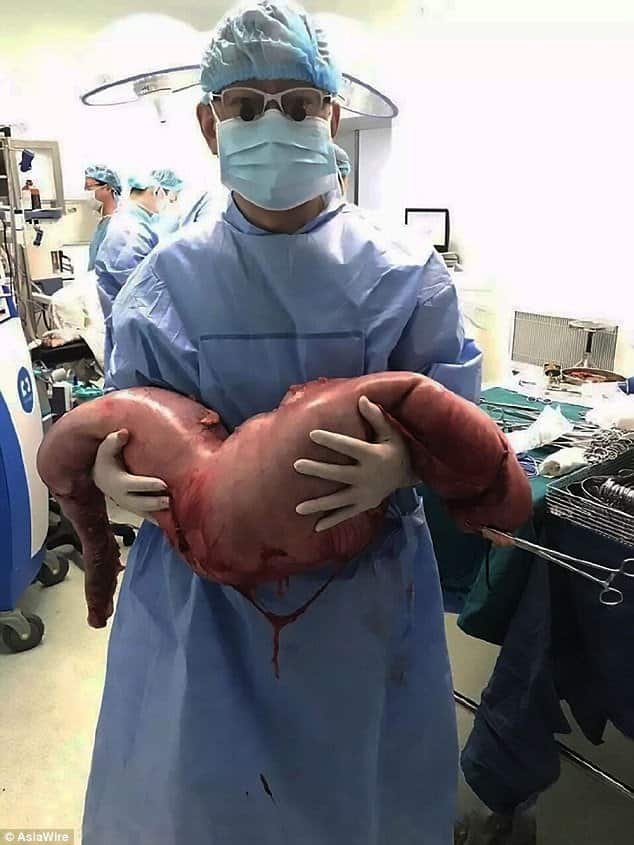 “It looked like it could explode at any time,” said Doctor Yin Lu of Shanghai Tenth People’s Hospital.

The patient was diagnosed with Hirschsprung’s disease. It is a congenital condition in which nerve cells were missing in the bowel, which results to chronic problems in movement. Compared to a healthy digestive tract, food and waste stops in affected parts of the colon. The waste or the feces gathers up in the area and causes the large intestine to swell. In this patient’s case, it has turned into a “megacolon,” and if not operated on quickly could result to tearing or perforation and will release fecal bacteria that can cause sepsis.

This could lead to death so the man was lucky to have this operation just in time to save his life. 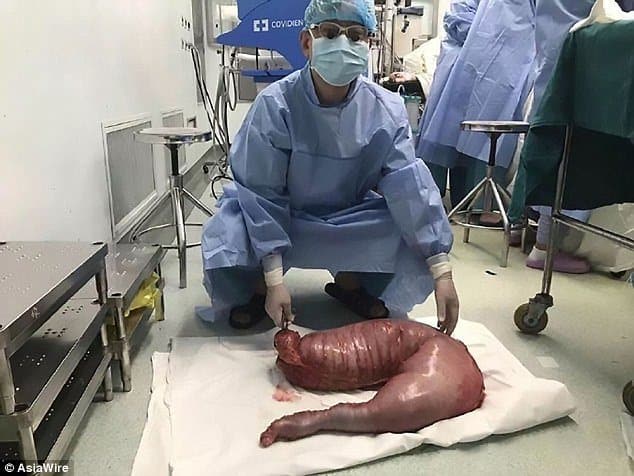 The disease is rare; it occurs in only 1 out of 5,000 newborns within 48 hours after birth. It can also manifest in older children through chronic constipation, distended belly, and malnutrition. The patient was already an adult when he was admitted to imagine the build-up of waste residing in his colon!

He was expected to recover fully after the operation. His story is a reminder for us all to monitor our bowel movements and keep our GI tract healthy. So if you notice constant abdominal pain and bloating that just wouldn’t go away, a trip to the doctor is a must.