Children are naturally curious and will explore the world around them to satisfy their inquisitive natures. Oftentimes, these explorations involve embarking upon dangerous experiments that would send adults running for cover.

One boy took his curiosity too far and had to undergo surgery to remove objects from a sensitive body part.

Namely, the magnets he inserted into his own penis. 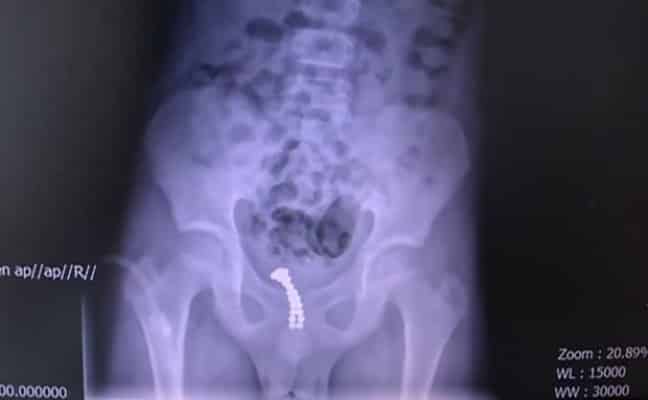 The 11-year-old boy from Zhejiang Province in Eastern China, ironically named Pi Pi to protect his identity, was likely investigating his body’s reaction to different objects.

He stuffed his entire collection of magnetic toy balls, called Buckyballs, right into his urethral opening.

Perhaps he wondered whether the magnets would make his weenie attract metal, or even attain a different shape thanks to the magnetic sculpture balls.

Definitely not the ideal wang food. 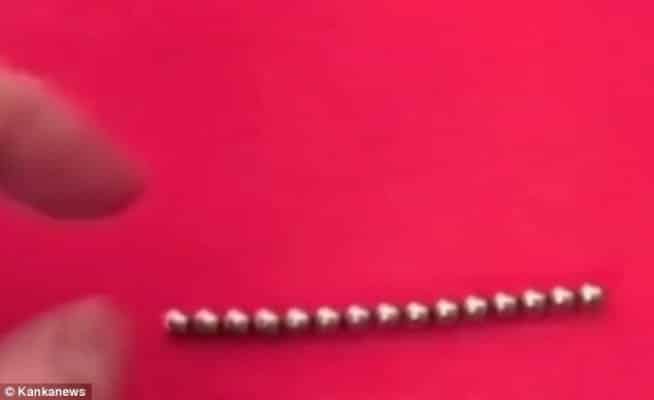 In any case, his parents were alarmed when Pi Pi began complaining of pain and swelling. He also started to urinate blood. Needless to say, they rushed him to the Yuying Children’s Hospital in Wenzhou straightaway.

Doctors were dumbfounded when they saw a complex structure on his pelvic x-ray. 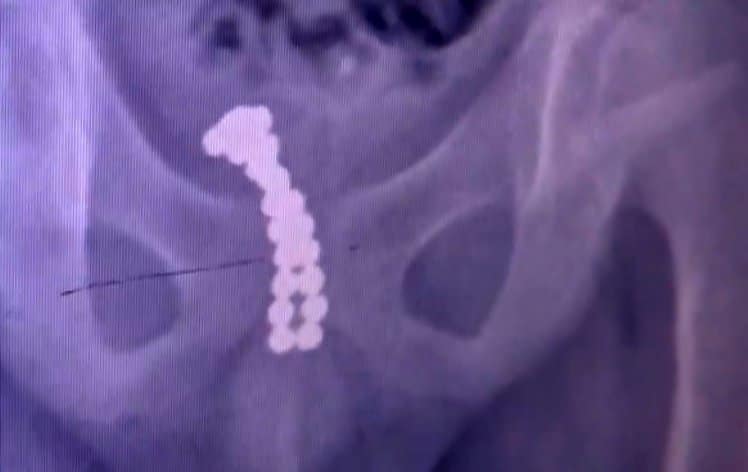 The pediatric surgeon in charge, also ironically named Dr. Wang Yongbiao, attempted to push the magnetic balls out the boy’s urinary bladder one by one using forceps.

Unfortunately, the 26 ball magnets, true to their name, stuck to one another and formed a spherical cluster inside Pi Pi’s bladder.

“The balls are now aligned into two columns and got stuck in the posterior urethra area,” Dr. Wang said.

Dr. Wang eventually had to perform a two-hour cystotomy, making a surgical incision into the urinary bladder to remove the Buckyballs.

“Each magnet ball has a diameter of three millimetres (0.12 inches) and when they align in two rows, its width doubles up to six millimetres (0.24 inches).”

He spent a tricky couple of hours extracting the magnet balls due to their small size.

Dr. Wang warned that Buckyballs, also popular with adults, could pose a danger to young children. 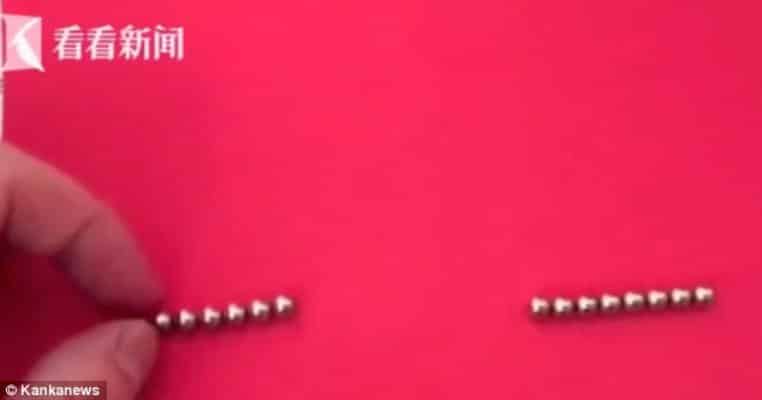 “Children can easily swallow or place the magnet balls into their body parts due to the small size. I had previously dealt with two similar cases in relating to the magnet balls.”

As for Pi Pi, he learned an important lesson about valuing the health of his nether regions, and will likely concentrate his curiosity elsewhere in the future.