We often hear about how doctors do not have to right to get sick as many lives depend on them. But our medical team members are also only human and even if they can perform miracles in the hospital, they still are not gods to be pain-resistant.

We often neglect this reality and since our own well-being is our first priority, we sometimes become unreasonably demanding to them. We are not aware of the sleepless nights they have to endure to save hundreds of patients a day and neglect to realize that their dedication to their tasks can also take a toll on their health.

It’s very rare to see a doctor getting treatment while performing a procedure on a patient. 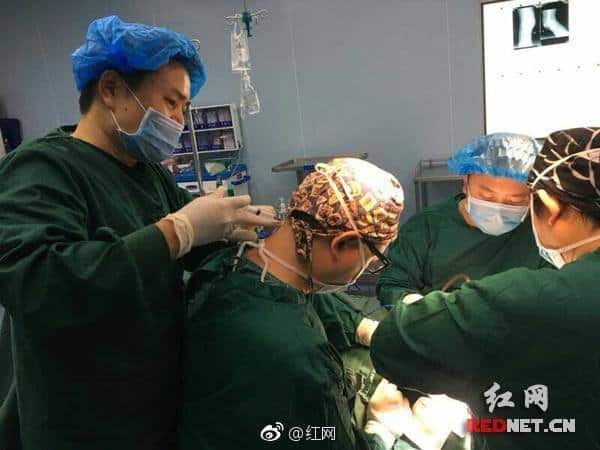 Just last week, a doctor in China showed how doctors can also suffer from health issues but at the same time proved how they set their problems aside just to save someone from death. Dr. Li Xin was photographed seemingly receiving treatment while performing a surgery on a patient. The photo which was posted on the Facebook page of China Global TV Network quickly became viral with many netizens expressing amazement and praising the doctor for his sacrifice, diligence, and commitment to his job.

Dr. Li Xin chose to stay in the operation room even after realizing he could not move his neck. 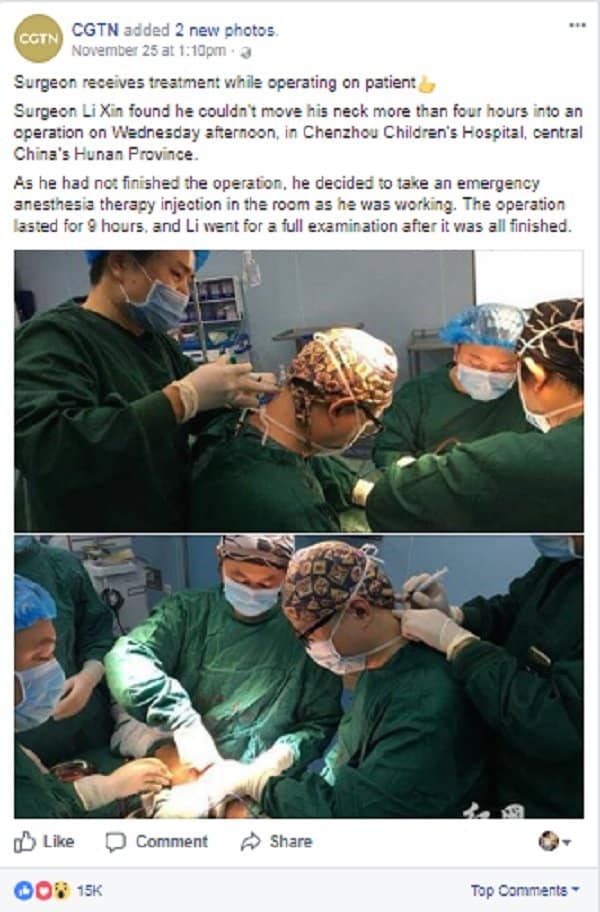 According to the post, the surgeon was performing a critical surgery on a patient at the Chenzhou Children’s Hospital in Hunan Province, Central China when he noticed after 4 hours into the operation that he could not move his neck. Since he was not yet done with the surgery and knew that they are a couple more hours to finishing the procedure, the doctor decided to ask help from his team inside the operating room instead of leaving to get his own treatment.

The surgeon then received an emergency anesthesia therapy injection on his neck while performing the surgery. Fortunately, the treatment worked on Dr. Li Xin and was able to continue with the operation which lasted for 9 hours. According to reports, the surgeon still waited for the patient to be declared on safe state during the recovery before he went for a full examination for his condition.

The surgeon finished the operation before he went to see another doctor for his own treatment. 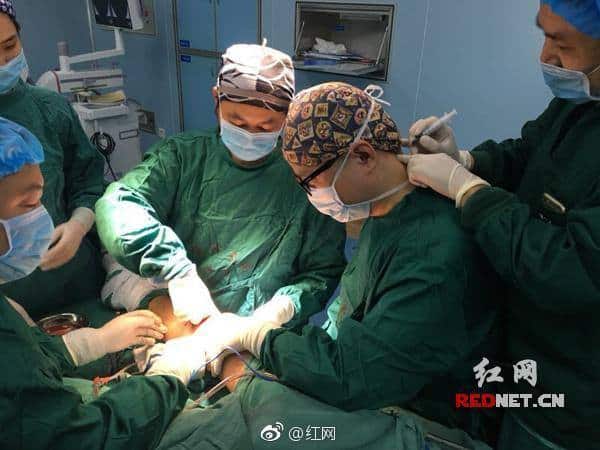 It is definitely inspiring to learn how people can put their lives at risk for the sake of others. While we hear stories about doctors taking advantage of their profession, it is relieving to know that there are still experts out there who are truly concerned about their patients and put their everything on the line to save them.