Disney has just confirmed that the highly anticipated Star Wars area at Disneyland is almost finished. The House of Mouse released an awesome behind-the-scenes trailer that offers a glimpse at Star Wars: Galaxy’s Edge and its upcoming attractions.

The trailer focuses on the upcoming attractions at Star Wars: Galaxy’s Edge, which are expected to be completely immersive. The awesome Millennium Falcon: Smugglers Run allows guests to experience what’s it like to maneuver Han Solo’s ship. On the other hand, Star Wars: Rise of the Resistance shows you what it’s like to fight against the First Order.

You’ll get the chance to drive the Millennium Falcon at Star Wars: Galaxy’s Edge. 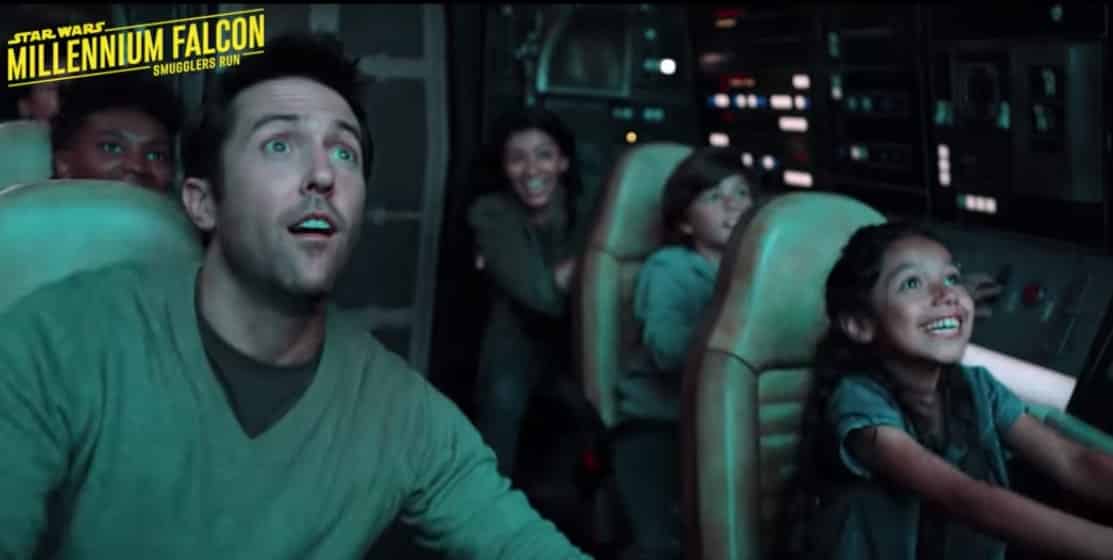 “I hope that when people come to Star Wars: Galaxy’s Edge and they experience it for the first time, that this place they’re walking through, and the characters they’re seeing, and the beasts and the aliens and droids, puts them in a position where they give themselves over to the moment, to the story and play with us in the world of Star Wars”

Carrie Beck, Vice President of Lucasfilm Story Group, had a similar take on how people will react to Galaxy’s Edge.

“It will be jaw-dropping and incredibly emotional to walk into the land for the first time. To actually be standing there amongst the buildings, amongst the ships and have this feeling that it is all real, that it had been brought to life and it is right there in front of you, it’s overwhelming.”

The First Order prepares for an attack in ‘Star Wars: Rise of the Resistance’. 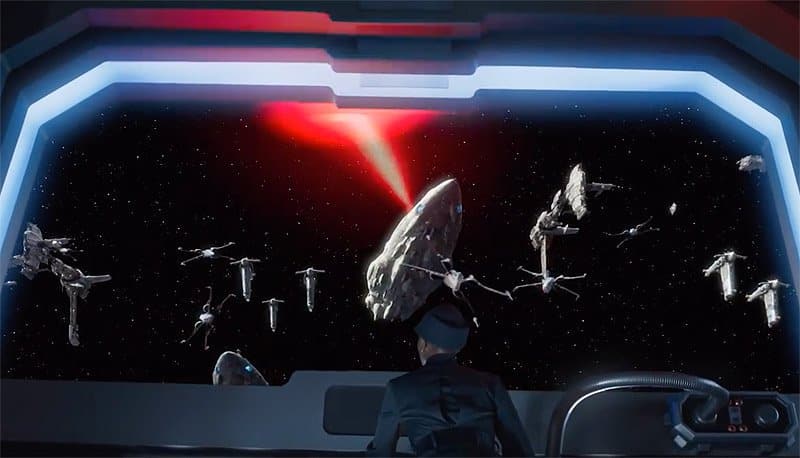 Millennium Falcon: Smugglers Run will allow you to experience what it’s like to drive the “fastest ship in the galaxy.” Interestingly, Star Wars: Rise of the Resistance will feature Kylo Ren, who now leads the First Order.

Star Wars: Galaxy’s Edge is set to open at Disneyland in Summer 2019. It’s a great way to whet your appetite while you wait for Star Wars: Episode IX, which premieres on December 20, 2019.

Watch the awesome full trailer below: