Working student Jess Jones from Belmar, New Jersey waits table at the D’Jais Bar & Grill this summer to support herself while studying at  Rutgers University.

Since waiters don’t earn much in New Jersey, Jones needs tips in order to pay her bills. But on August 17, Jones received something unexpected from a table of eight people whose bill amounted to $112.03.

Instead of giving her a tip for the service she rendered, they wrote “LOL”  and even added a harsh note on the receipt saying “1 hour for food”.

Disappointed by what she saw, Jones shared her horrible experience on Facebook. 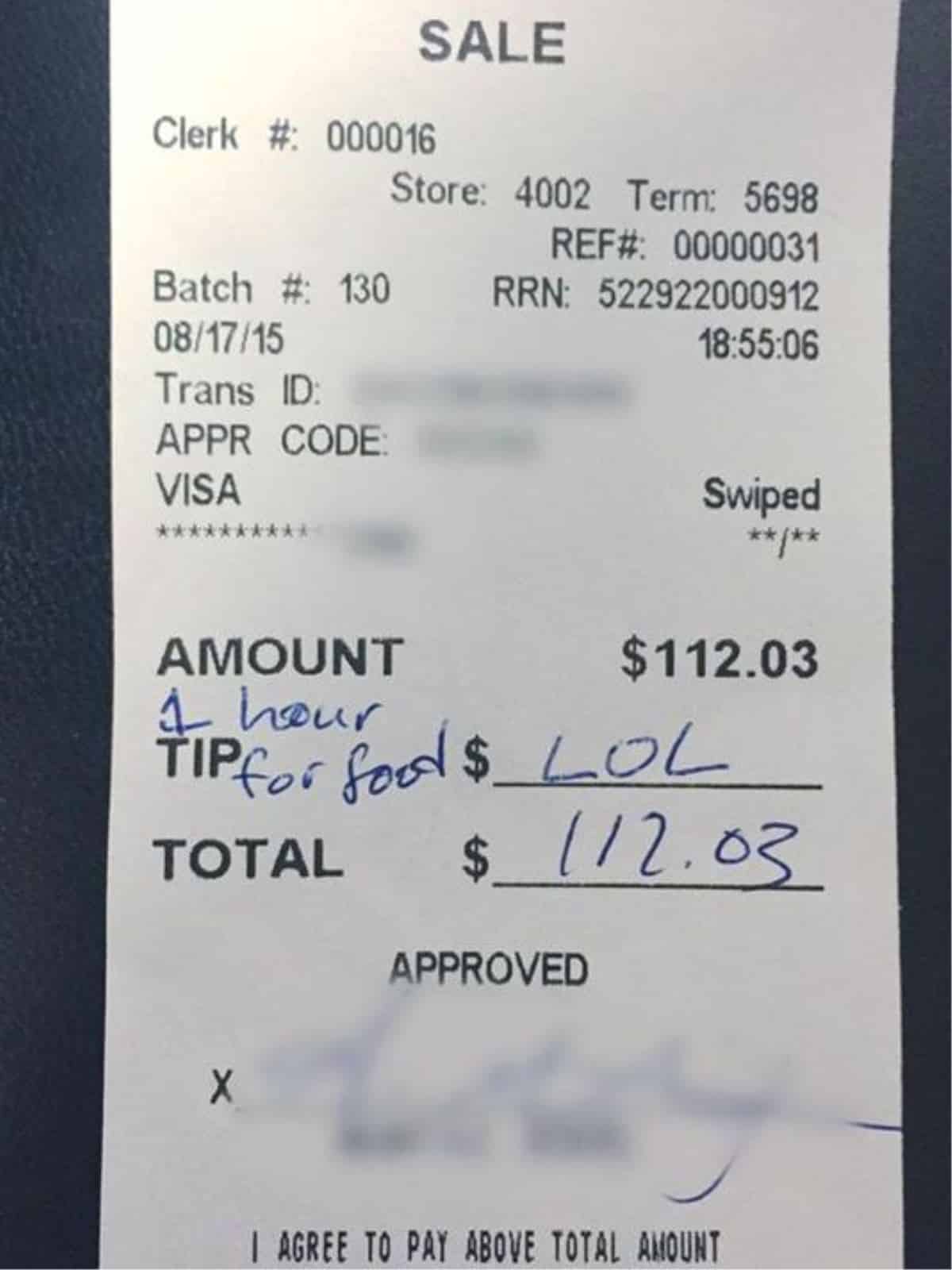 “I would have preferred a ‘$0’ tip than a ‘LOL’ tip, but as a waitress, bad tips and harsh notes are all part of the job. Even though they did wait an hour to eat, they remained satisfied with filled drinks and proper notice that the kitchen was a bit busier than normal. I’ve worked in the service industry for five years and I take pride in providing great service to my customers,”

Jess Jones works at D'Jais Bar and Grill in Belmar to help pay for her Rutgers University tuition. 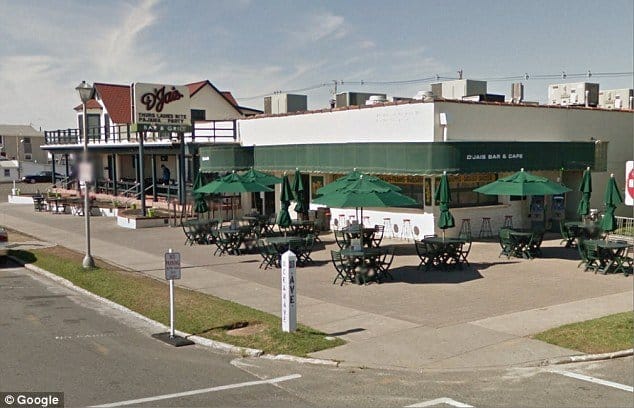 The news about the receipt reached Belmar Mayor Matt Doherty who had a message for those residents and outsiders who visited establishments in the borough.

‘If you visit Belmar please treat the hardworking men and women in our service industry with the same respect you would expect at your job. This is ridiculous.’

Jones encouraged customers to treat waiters nicely since they are mere messengers who work hard and really care about customers.

“Waiters are mere messengers most of the time, and it’s wrong to shoot them, however bad the news,” the working student added.

According to Asbury Park Press, servers in New Jersey earn about $2.50 an hour. Wiser Waitress states that the customary rate for tipping in the US is around 15 to 20% of the total amount of check since some employers are allowed to pay their servers a special low sub minimum wage.