Mental health issues such as depression and anxiety are very real. Although there is still stigma surrounding it, many are more open to accepting it is a serious, real clinical condition. Fortunately, more and more people suffering from it are getting the help they need.

One girl in particular shared her interesting story online. Her psychiatrist, Paul, had a unique but effective method in making her feel better by the end of a session. 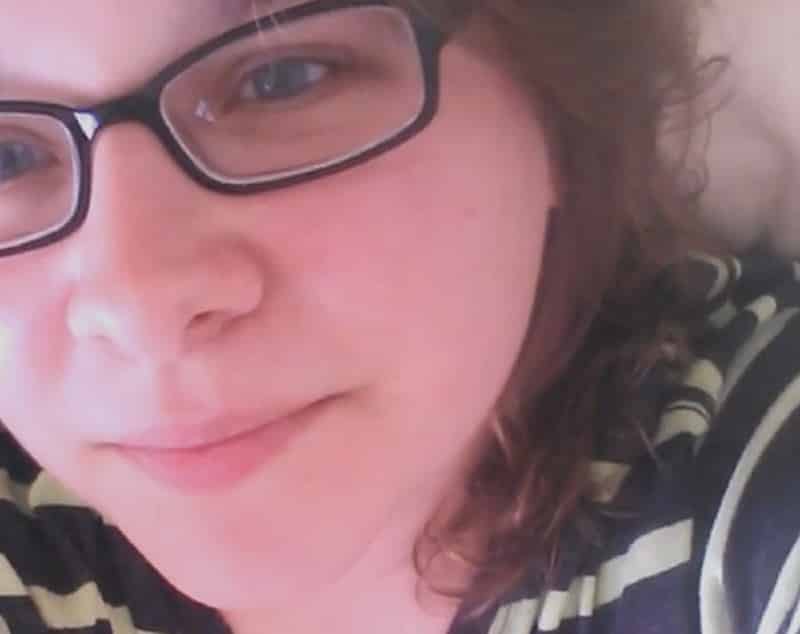 The story was originally posted on Tumblr by user anarchetypal, according to BoredPanda. She shared the unusual method her psychiatrist used to help her which made her feel a lot better and speak less negatively about herself.

Usual treatment methods included a mixture of oral medications and various counselling. They have to choose the right mix that will suit every patient’s symptoms. However, Paul’s creative thinking gave birth to a hilarious but actually effective method that made an essential progress.

According to the Tumblr post, anarchetypal was speaking negatively about herself and her anxiety when Paul cut her in the middle of talking. The psychiatrist went to his desk and said he has a new tool that can help his patients recognize when they are using negative language.

She thought Paul would get a self-help article or a book but was surprised when she saw him holding something – a Nerf gun! 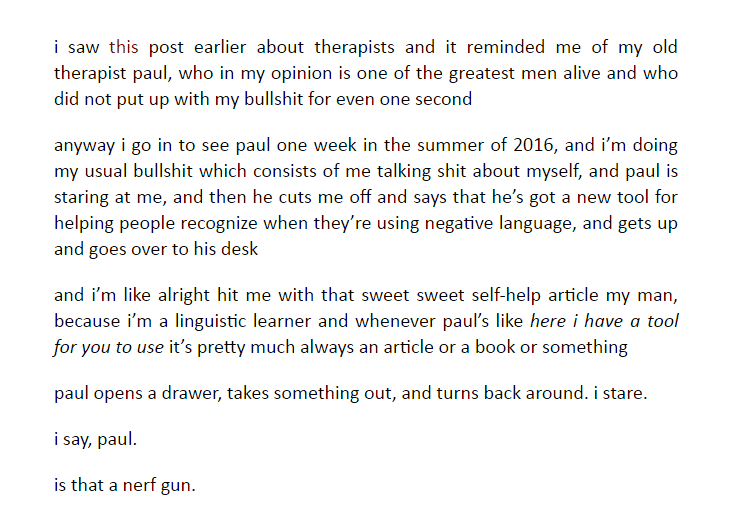 Out of surprise, she asked if it was really a Nerf gun and Paul replied yes. She then asked whether her psychiatrist would actually shoot her with the toy in such a “professional setting.” Paul replied, saying it depends on her. 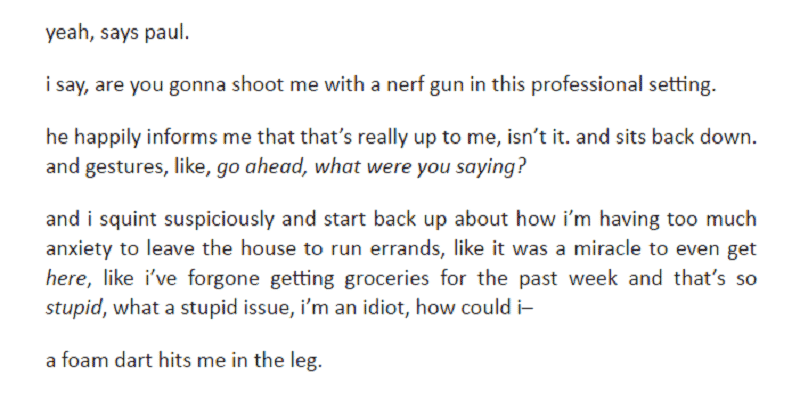 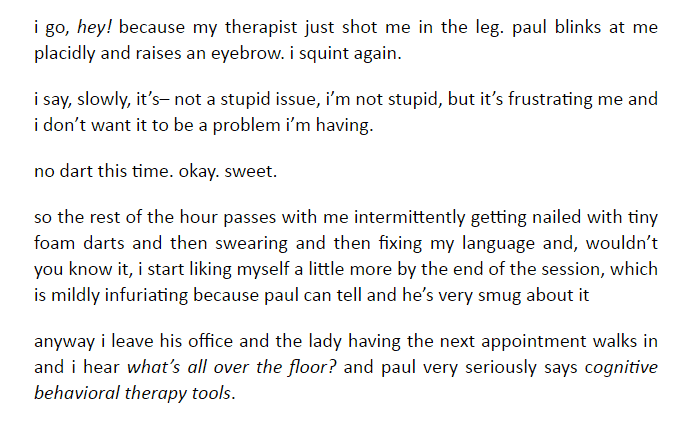 And that’s exactly what happened. Whenever she spoke negatively about herself, she’d get hit by a dart. So she did her best to fix her language as they went on for the rest of the hour. After her session, she admitted she found herself feeling a lot better.

So yes, a Nerf gun is now considered a “cognitive behavioral therapy tool.” 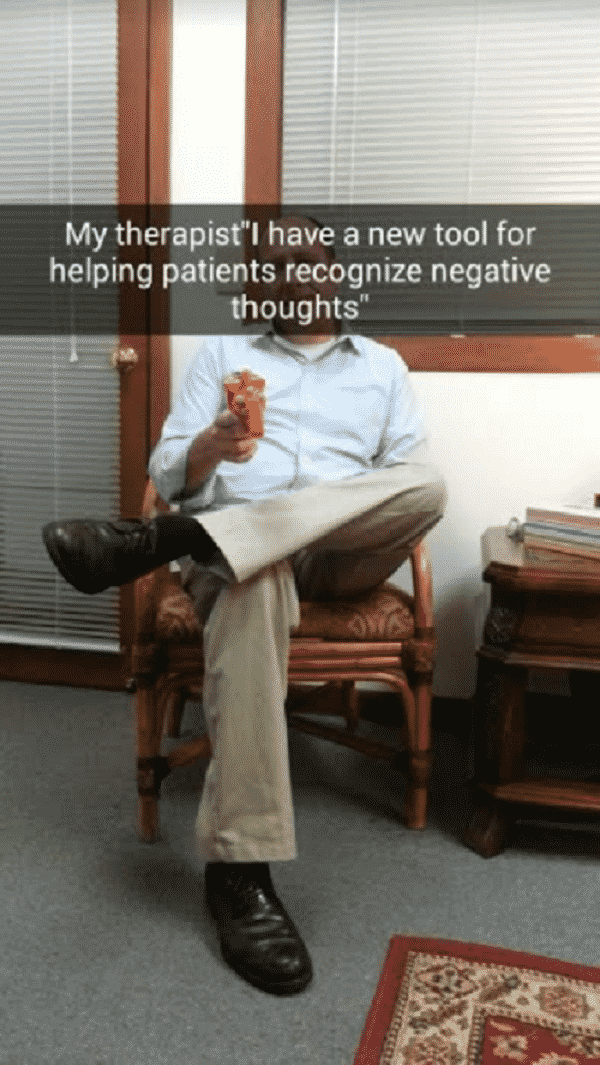 Well what do you think about this psychiatrist’s one-of-a-kind approach to helping his patients? Tell us about it in the comment section!