Thousands of people in the online community were recently shocked upon seeing the viral image of a large dead whale. But this real-life giant happens to be made with plastic and is an art installation project by Dentsu Jayme Syfu meant to raise awareness about ocean pollution.

The artists of the project, located in Naic, Cavite in the Philippines, got the inspiration from 30 beached whales found in European shores last year. One of the beached whales was also found in Samal, Davao last December.

“With this art installation/sculpture of a beached whale here in Naic, Cavite made out of recovered plastic waste, we hope to spread awareness on the effect of plastics on our oceans, on wildlife, and on people.”

People thought this dead whale on the beach shore is real. 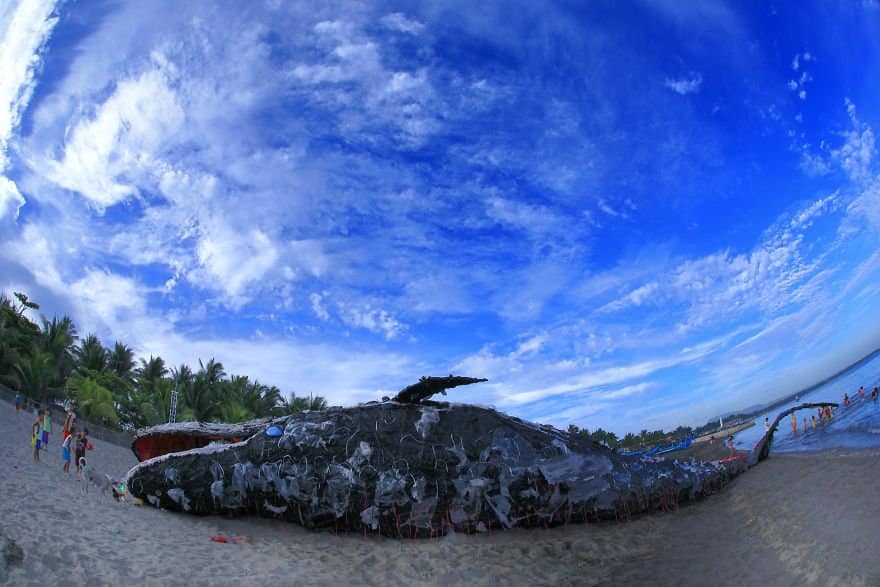 Photos of the whale went viral on social media. 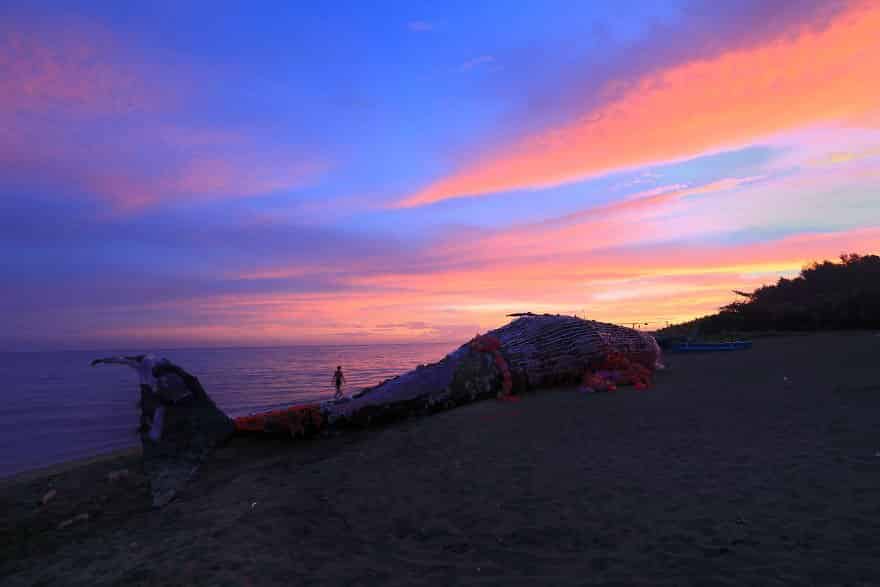 But this dead whale is not real. 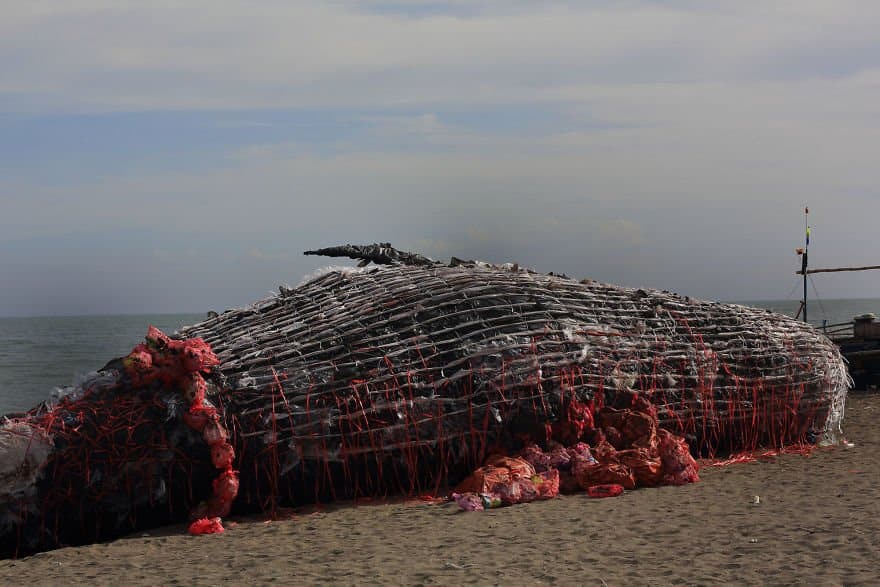 It's an art installation meant to raise awareness on plastic pollution. 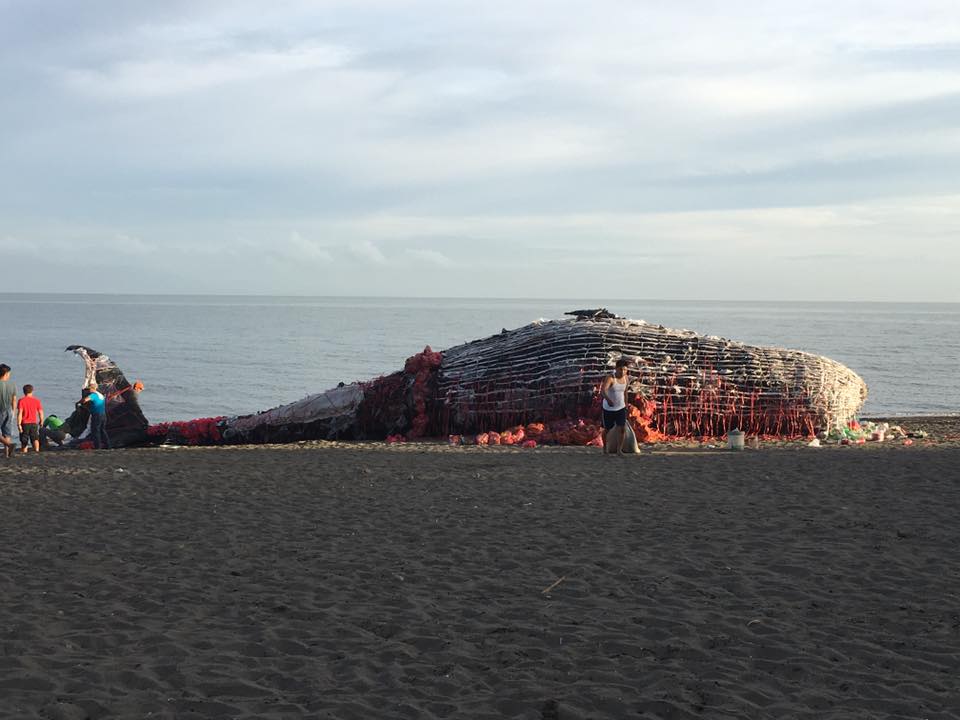 It is a joint project between Greenpeace and Dentsu Jayme Syfu. 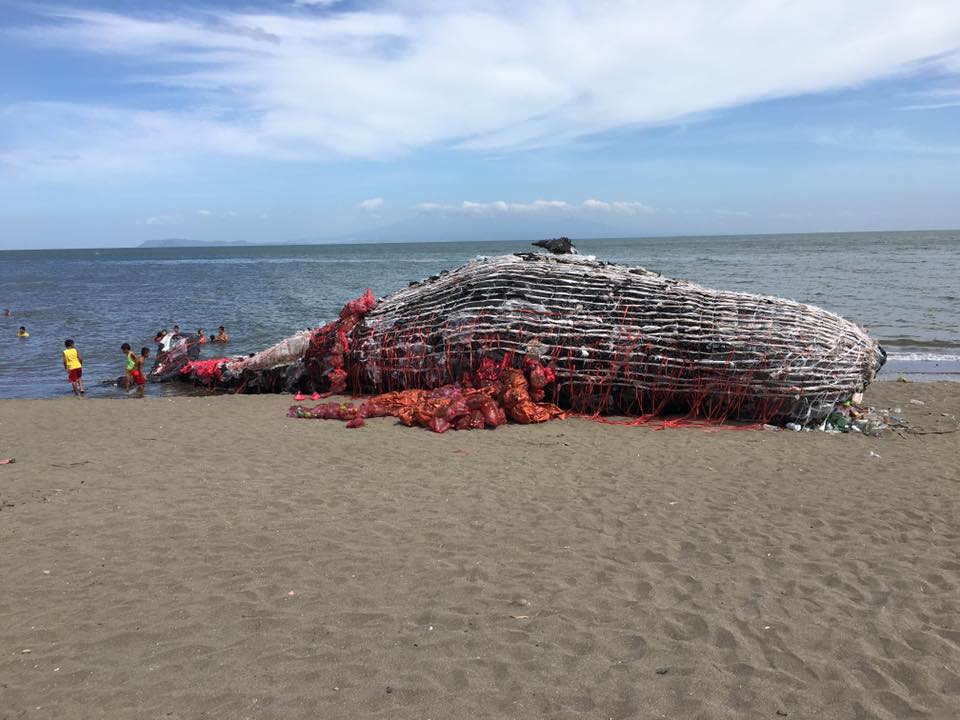 This dead whale sculpture is made with plastic collected from the ocean. 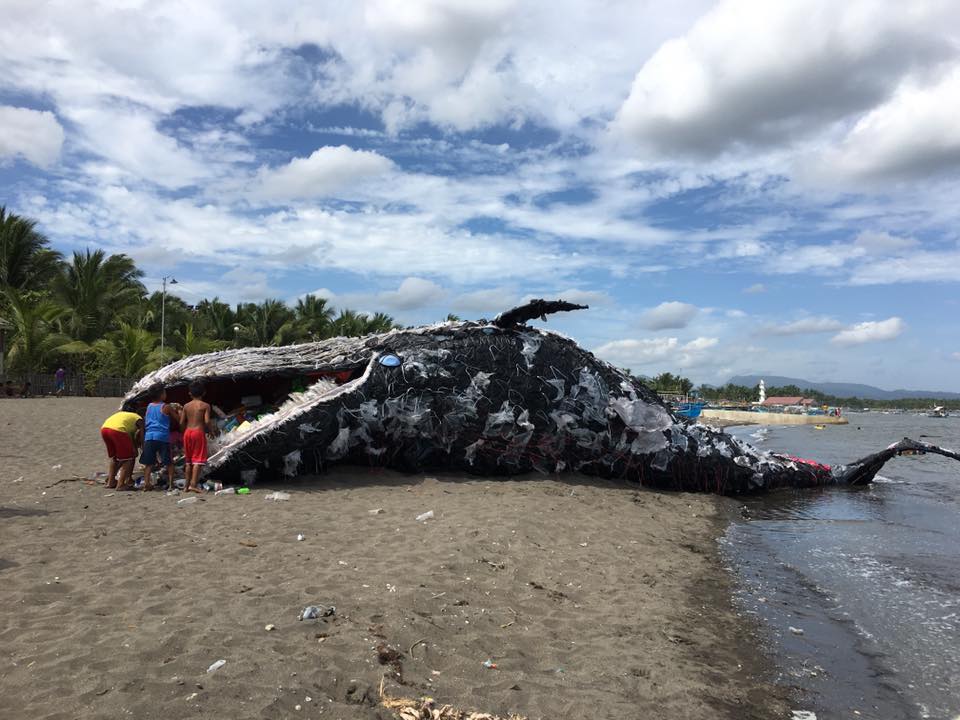 The gigantic 73 ft. x 10 ft. sculpture was made of plastic waste found in our ocean. The creative team behind the project saw to it that the beached whale art project had all the details that will give it a realistic effect.

Videos and photos of the dead whale sculpture went viral, especially among people who thought it was an actual large sea mammal. The project was installed just in time as May is ocean month and the Philippines is this year’s chair for the ASEAN Summit. It was a great opportunity for Greenpeace to catch the attention of environmental leaders to address the ongoing problem of plastic pollution.

If you want to support in helping reduce plastic pollution by refusing plastic use, you can check out the petition and more information here.