When you’re a parent, they said that you should help your children until they’re old enough to do things on their own. But what if you see your grown child struggling? Will you just leave them be, knowing that they are now mature enough to handle things themselves?

For one particular mom, she chose to help her child instead. The mother probably couldn’t bear watching her service crew daughter having a difficult time at work and decided to give her a helping hand. 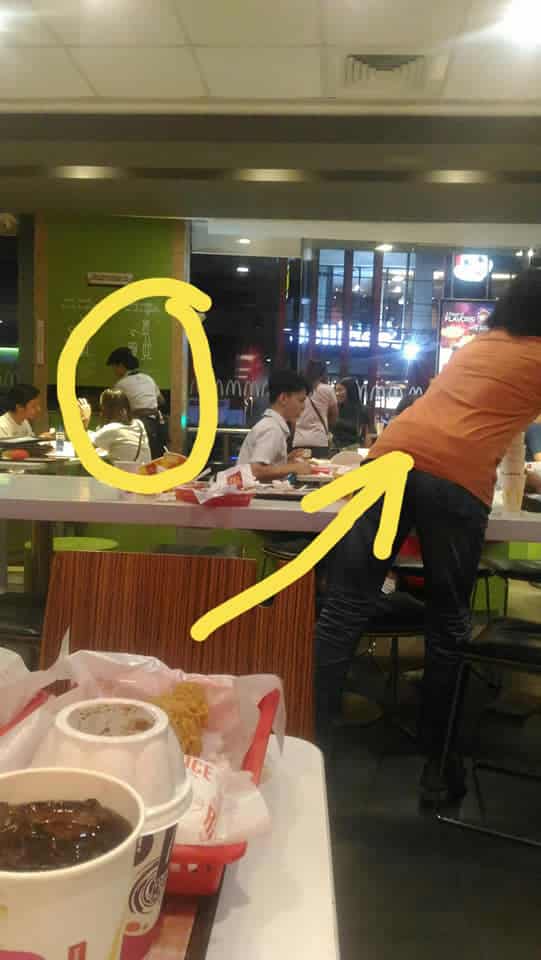 Service crew members are workers in the food service industry who are responsible for preparing and serving food to customers. Service crew workers typically work in a team-oriented environment where each person is assigned a specific task.

Many jobs are part-time or offer flexible hours. This makes food service a good choice for students, retirees, people seeking a second job, and others who want extra income.

Jann Matlia Mendoza, who is also a student, works as a service crew at McDonald’s in Navotas, Quezon City, Philippines. It is already known that working in a fast-food restaurant can be very tough and challenging, so service crew members are trained for that. However, Jann’s mom Emelie just can’t let her daughter struggle at work, after realizing that she was the only one in working in her shift.

Jann’s sister, Rubie Lyn, shared that she and her mom wanted to dine out one day and when Jann told them that she was having a hard time at work, they decided to eat at McDonald’s Navotas so they could visit her at the same time.

But instead of just looking at Jann working all alone, Emelie stepped in and helped out after she and Rubie Lyn placed their order.

Rubie Lyn shared photos of Emelie cleaning up tables to give her daughter a helping hand. As expected, netizens who saw the post praised the mom who did everything for her struggling daughter.