There’s really something special about the bond between father and daughter. Dads can’t help but spoil their little girls, while daughters consider their dads their hero. That’s why when different milestones in life come, be it her prom or graduation, or his promotion or retirement, fathers and daughters can’t help but get a little sentimental.

Eighteen-year-old Brittany and her dad, Jason Gayler, were in the same situation just recently. The father and daughter live in a small town in Texas, where Brittany just finished high school. It was an emotional moment for the two, not just because of Brittany’s big accomplishment, but also because of her father’s sweet gesture.

Father and daughter Jason Gayler and Brittany celebrated the latter’s last day of high school by walking together to school. 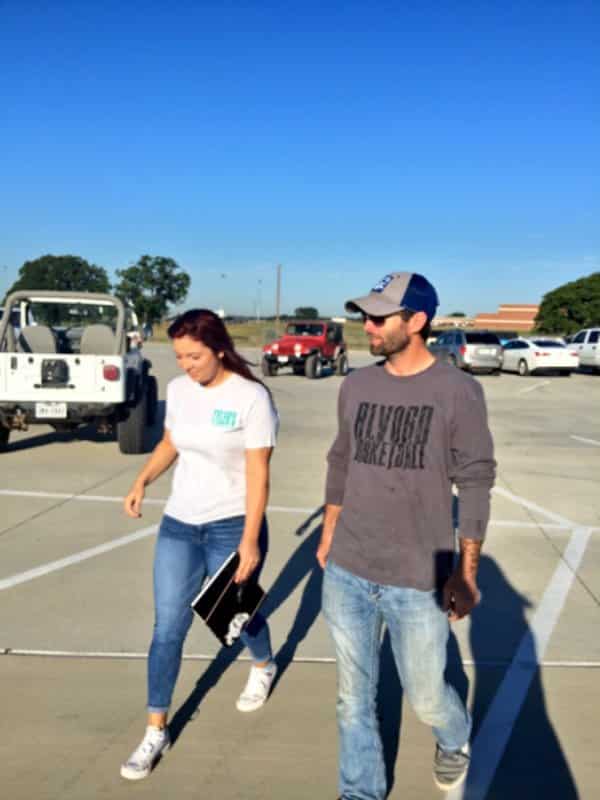 Jason decided to walk Brittany to school on her last day, just like what he did many years ago when Brittany first went to school. According to Buzzfeed, the father was inspired by an old photograph of him and then 5-year-old Brittany where he was pictured walking her to her first day of kindergarten.

Jason walked her daughter to her last day of school, just like what he did on her first day of kindergarten. 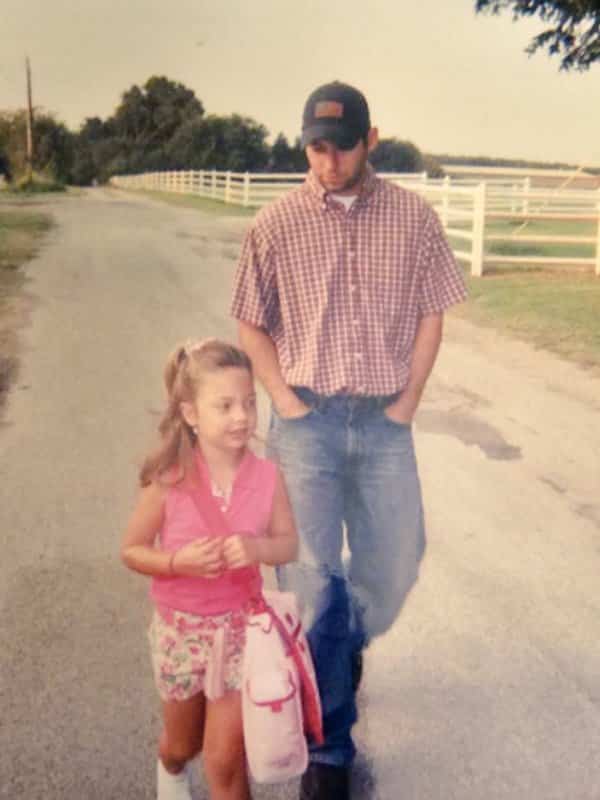 Brittany posted her story to Twitter, and she didn’t expect people’s reactions. 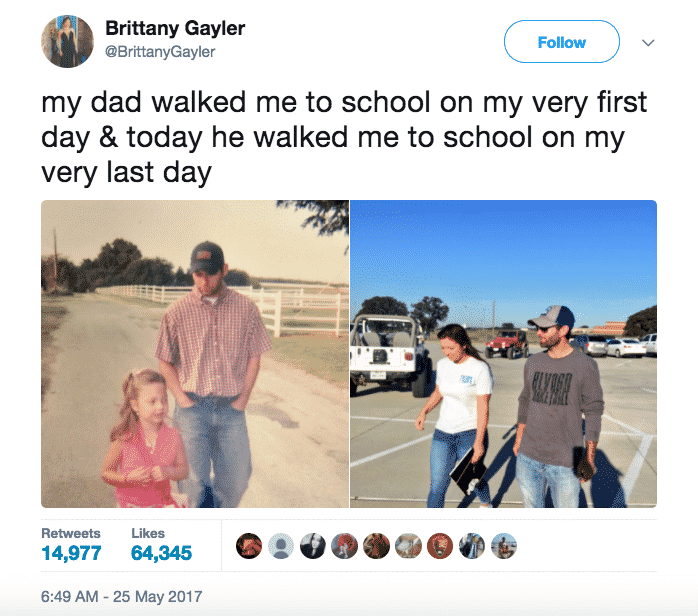 Her sweet and innocent tweet got thousands of retweets and likes, with many online users getting emotional and expressing their delight and awe. 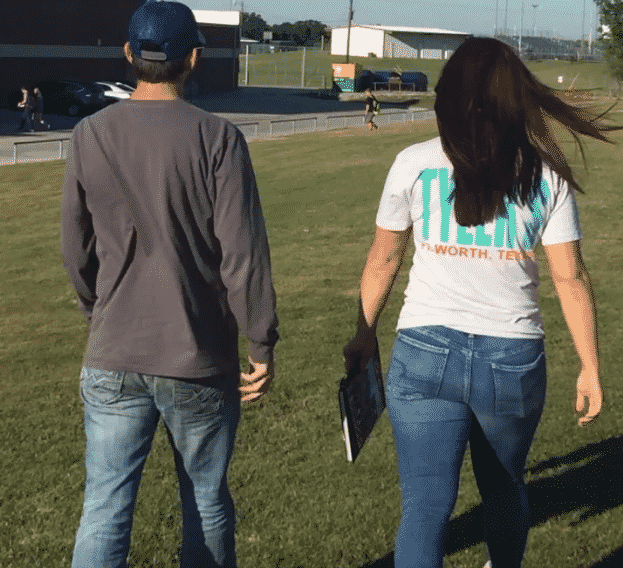 Of course, there were a lot of funny replies, too, especially from Twitter users who admired the dad’s good looks. 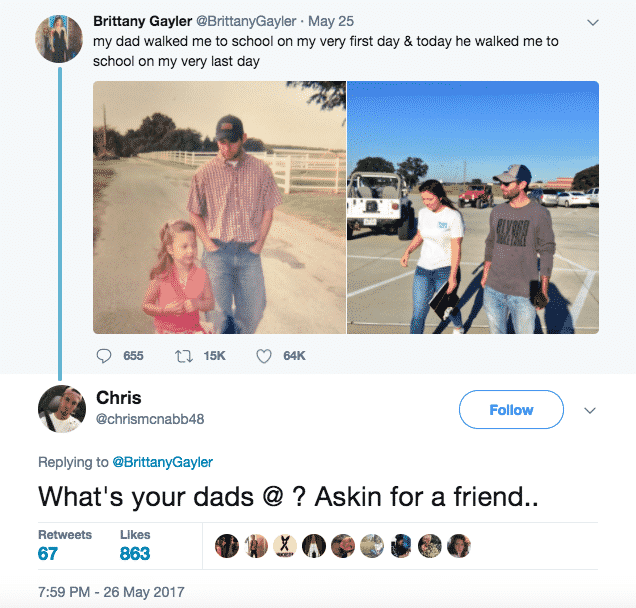 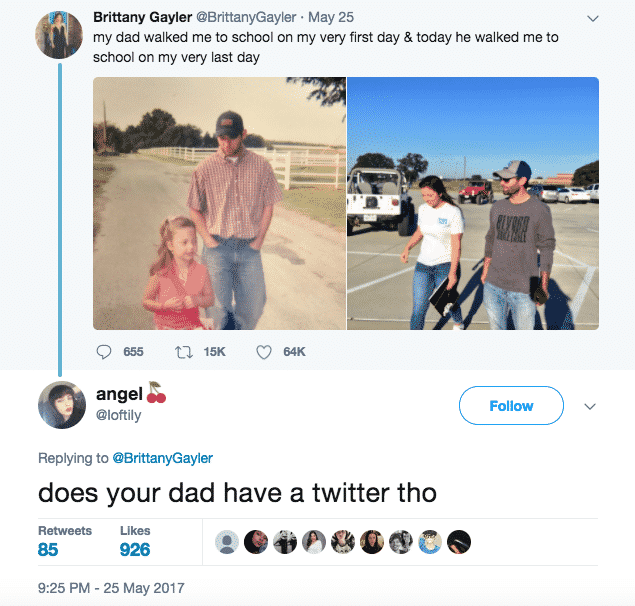 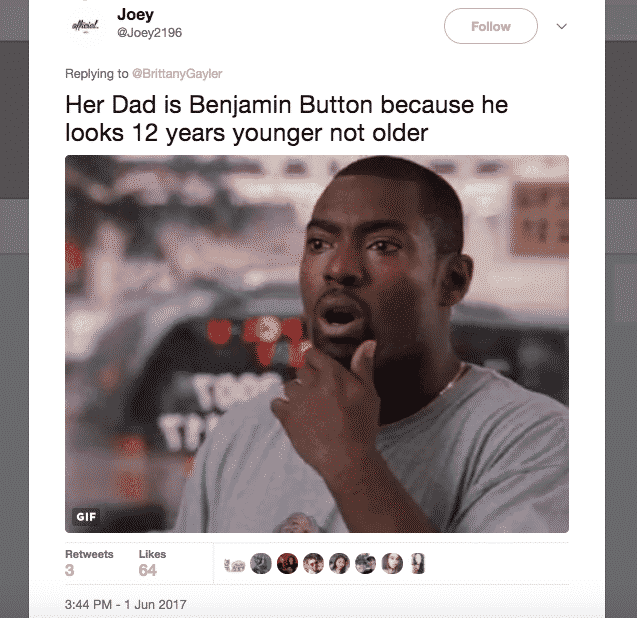 These two really tugged at our heartstrings. 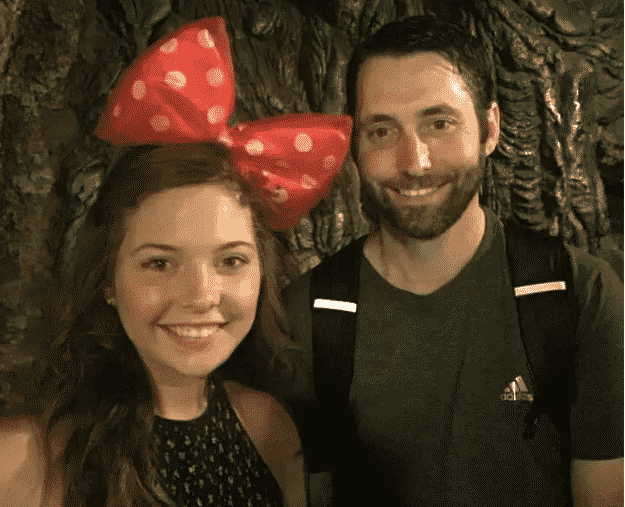 How about you? What’s your favorite moment with your father/daughter? Let us know in the comments below!