Riding a bike might be easy for some, but others are not that lucky to get the hang of it right away. Some started out with training wheels, but some parents believed that their kids are already old enough to ride a regular bike.

Since kids nowadays are obsessed with gadgets and don’t go out and play as much as before anymore, seeing this young kid trying to learn how to ride a bike is like a breath of fresh air. However, it has a funny ending. 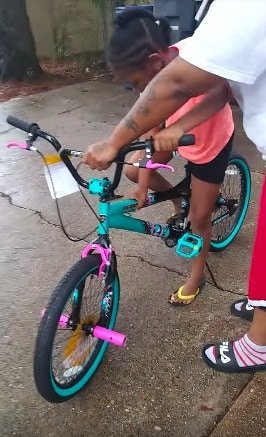 A video of a dad helping his daughter ride a bike quickly went viral. While there are thousands of videos on the internet with this concept, what made this different from the rest was the sudden turn of events in the final part that had netizens in stitches.

The short clip started out just like any regular father-daughter bonding. The dad was patiently assisting his daughter as she tried to figure out how to sit on the bike without falling.

Since it appeared that it was her first time to ride a bike, the young kid was extra cautious, sitting and getting off the bicycle multiple times. 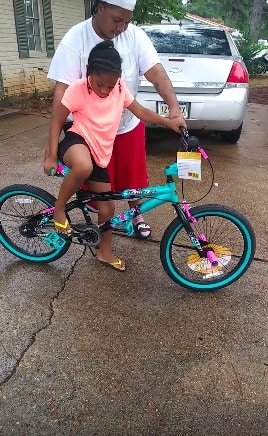 At one point, it seems that she was ready to start her bike journey, even taking her dad’s hand off the stirring wheel, but she just couldn’t seem to balance herself, and the struggle continues for a couple more seconds.

The dad tried to calm her down by telling her the basic steps. The daughter listened carefully but just didn’t had the guts to follow.

Things quickly escalated when the dad rode the bike himself to give a demonstration. Unfortunately, he was just too heavy to ride the bike and he broke it in half. His daughter can then be heard saying, “That’s what I told you.” 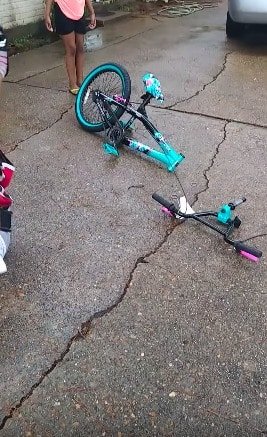 Luckily, the dad knew how to laugh at himself and posted the video on Facebook.

“Purchased a bike for A’Marie’s birthday from Wal-Mart and came home to surprise her but she surprised me by not wanting to ride. I tried to show her it was nothing to be afraid of. Now I see she had a good reason!”