Kristina Webb is not your typical artist who loves to work with color pencils. What’s unique about her style is that she uses everyday items lying around the house and incorporates them to her color pencil drawings.

What’s outstanding about her work? The 20-year-old New Zealand-born illustrator became an Instagram sensation when she started posting her drawings to her account in 2012. 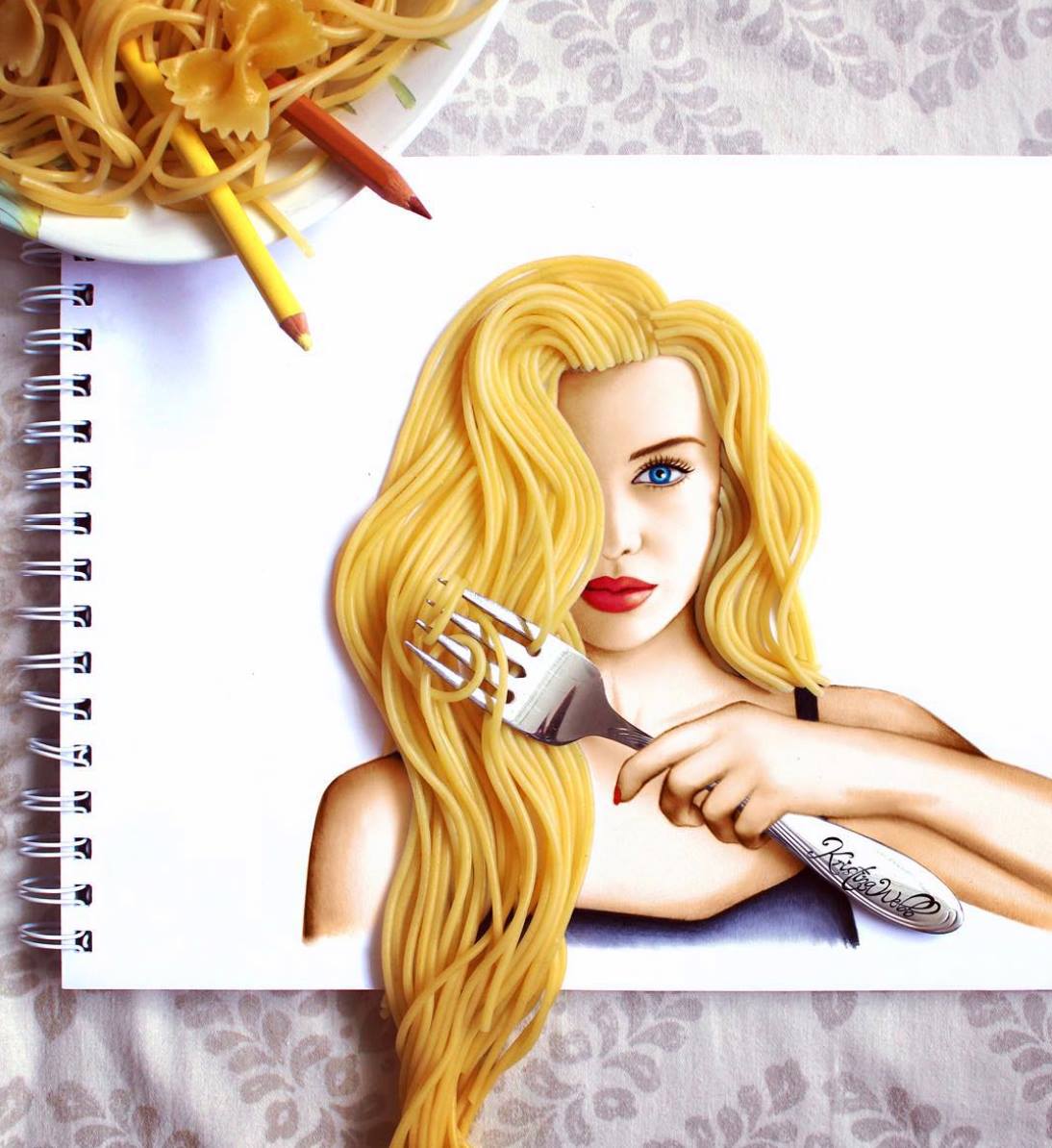 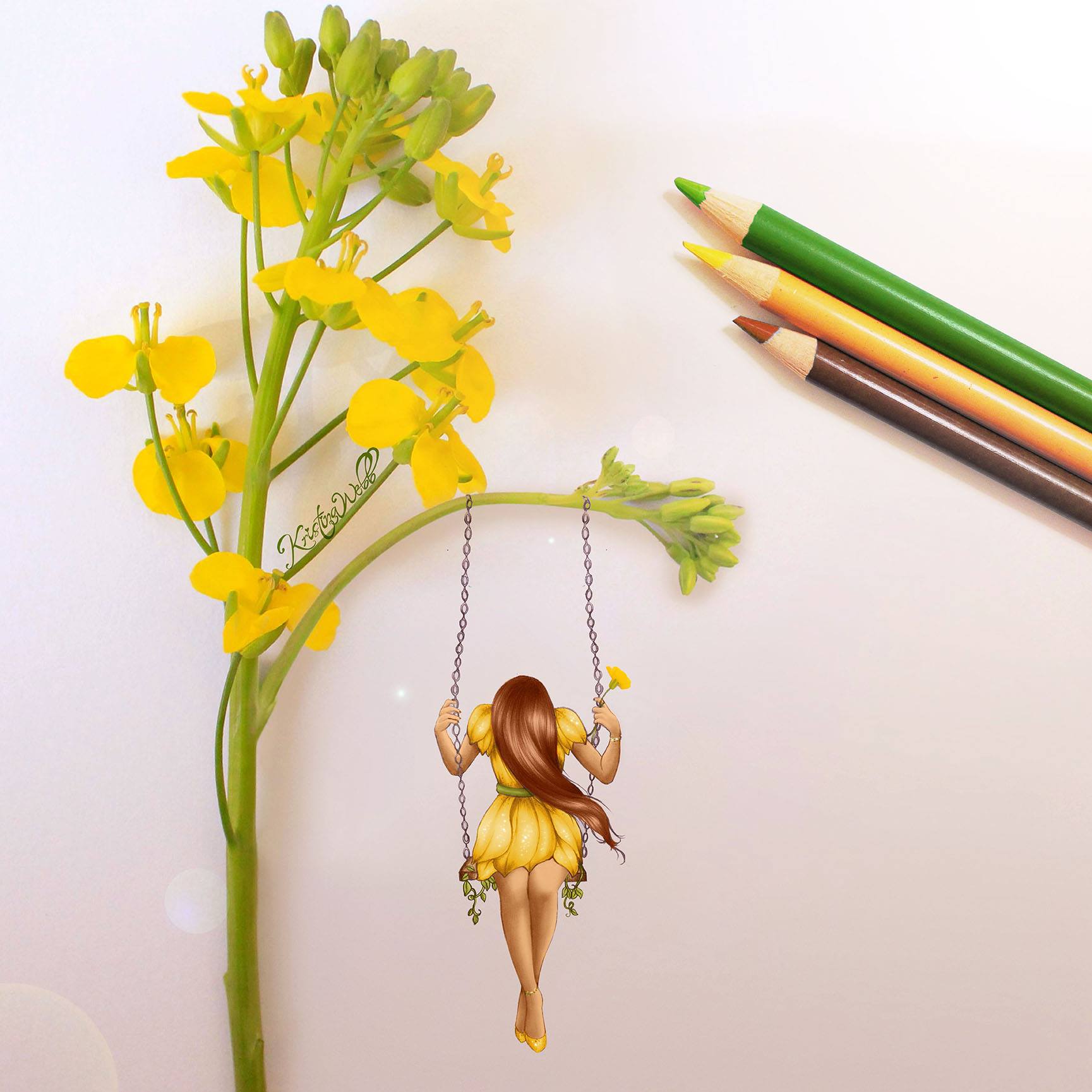 She has gained 1.5 million followers, and a lot of her pieces went viral. 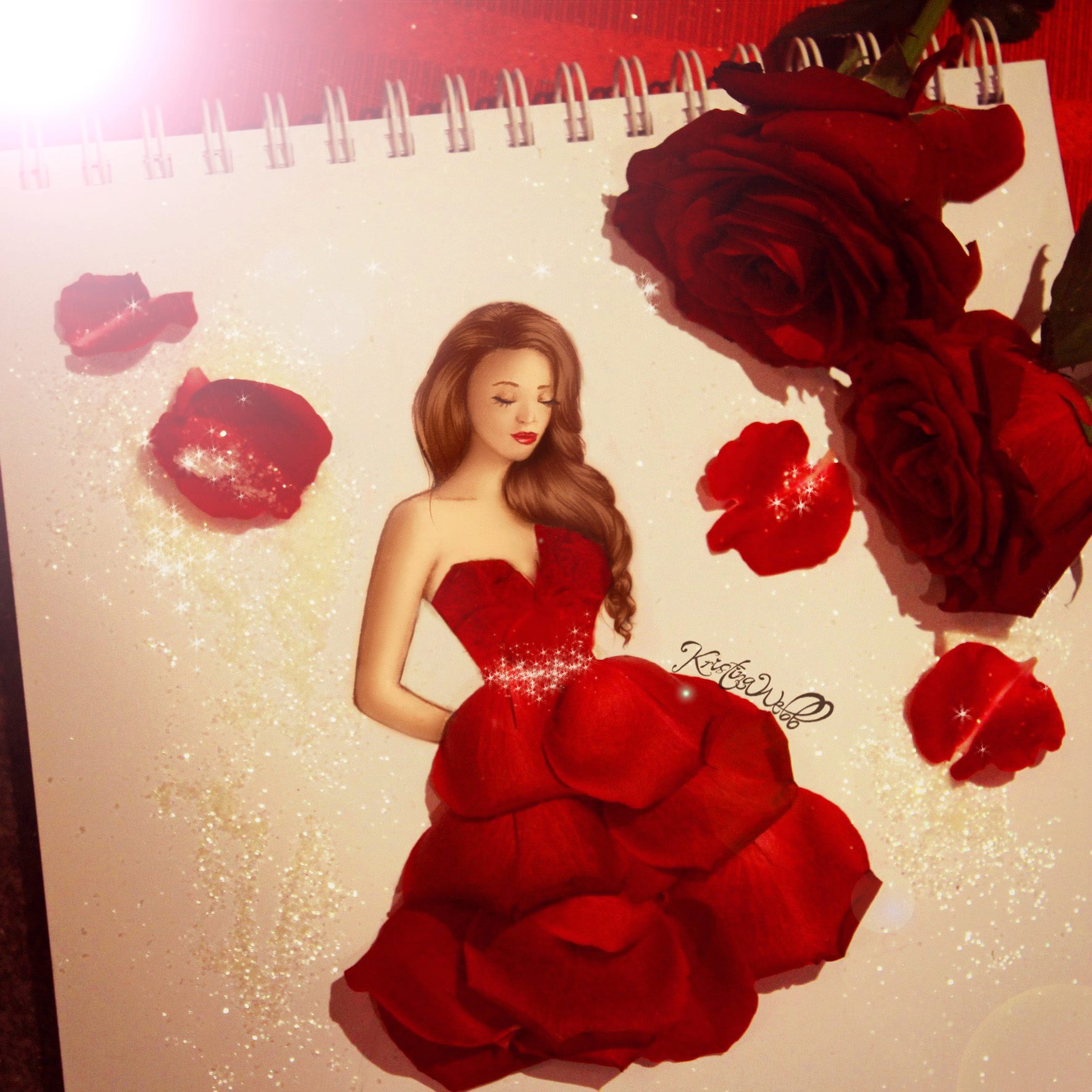 She played around with water and this is what she gets. 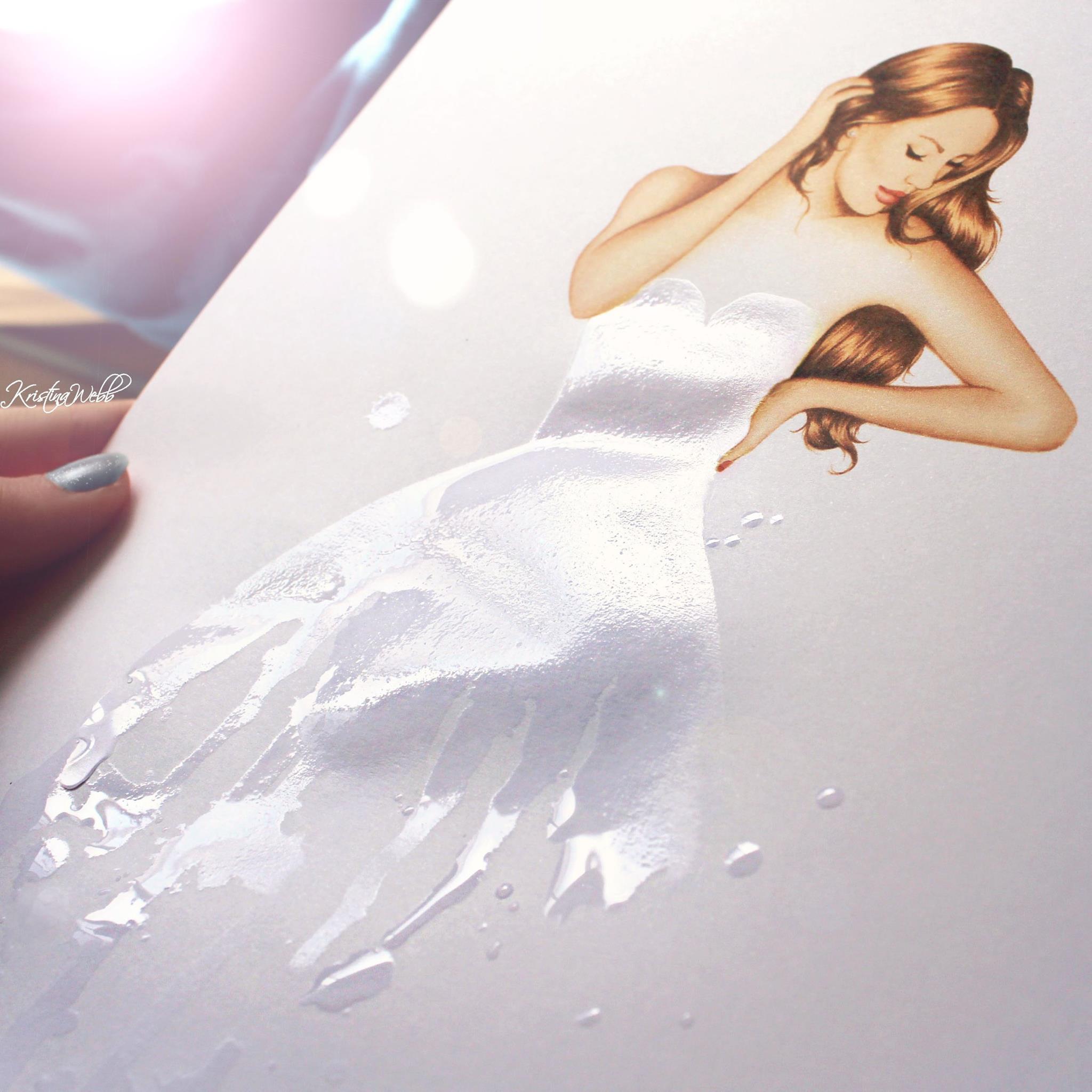 Her drawing skills were first discovered when she was two years old. 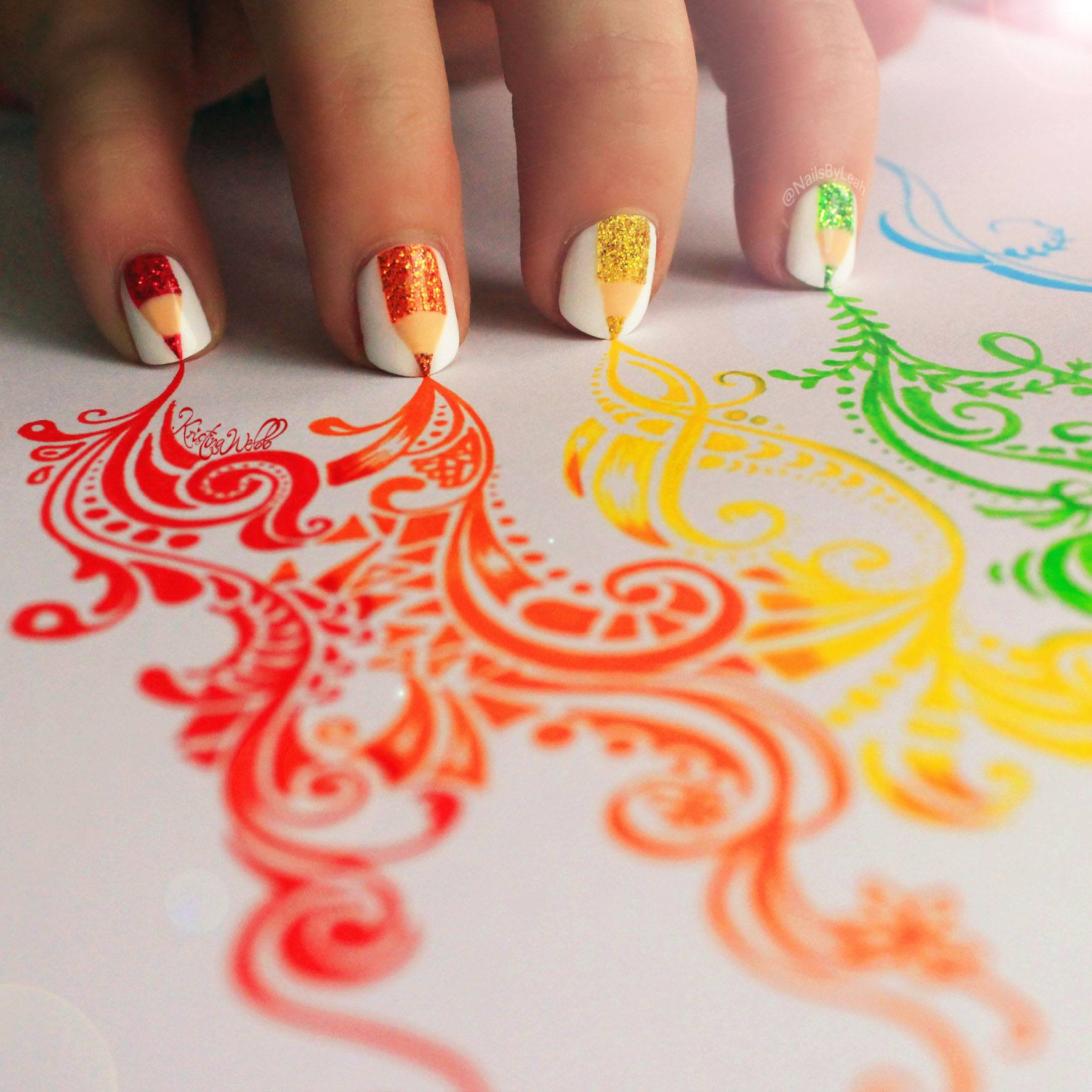 Speaking to Wildpair Blog, she revealed that her mother was teaching her older sister how to draw. 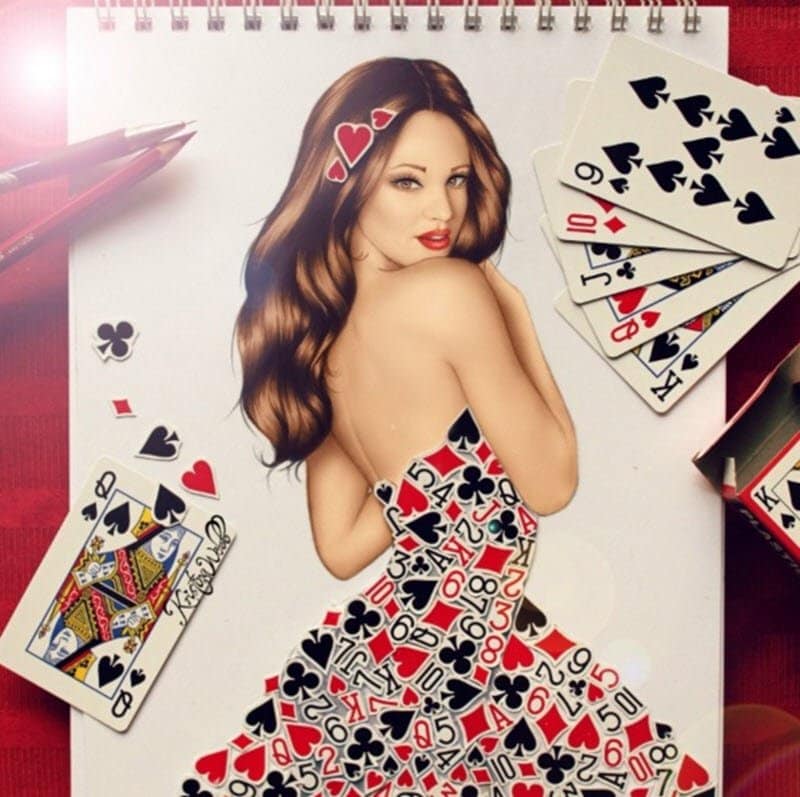 You know how little kids like to imitate older people around them? 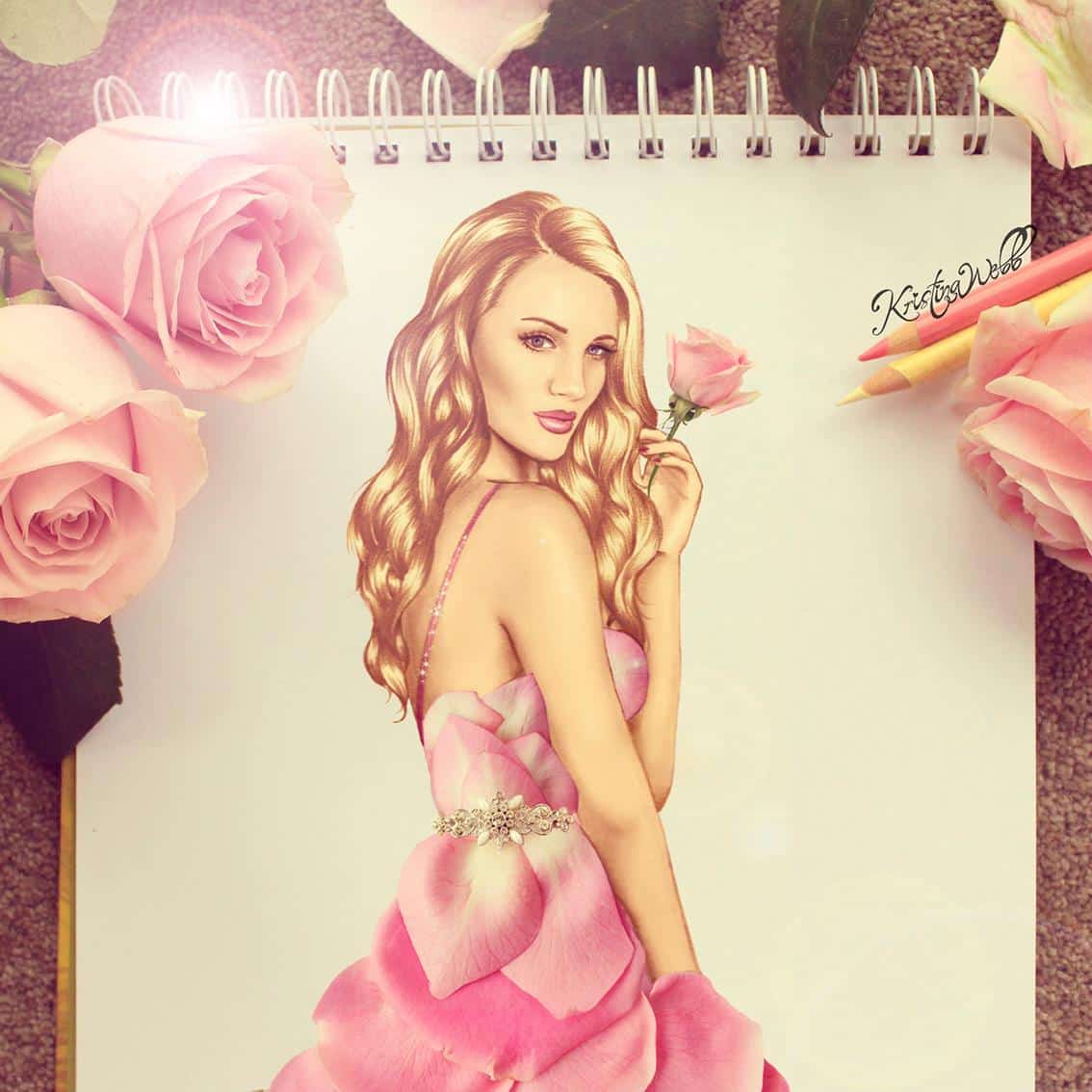 That’s how it started for her. 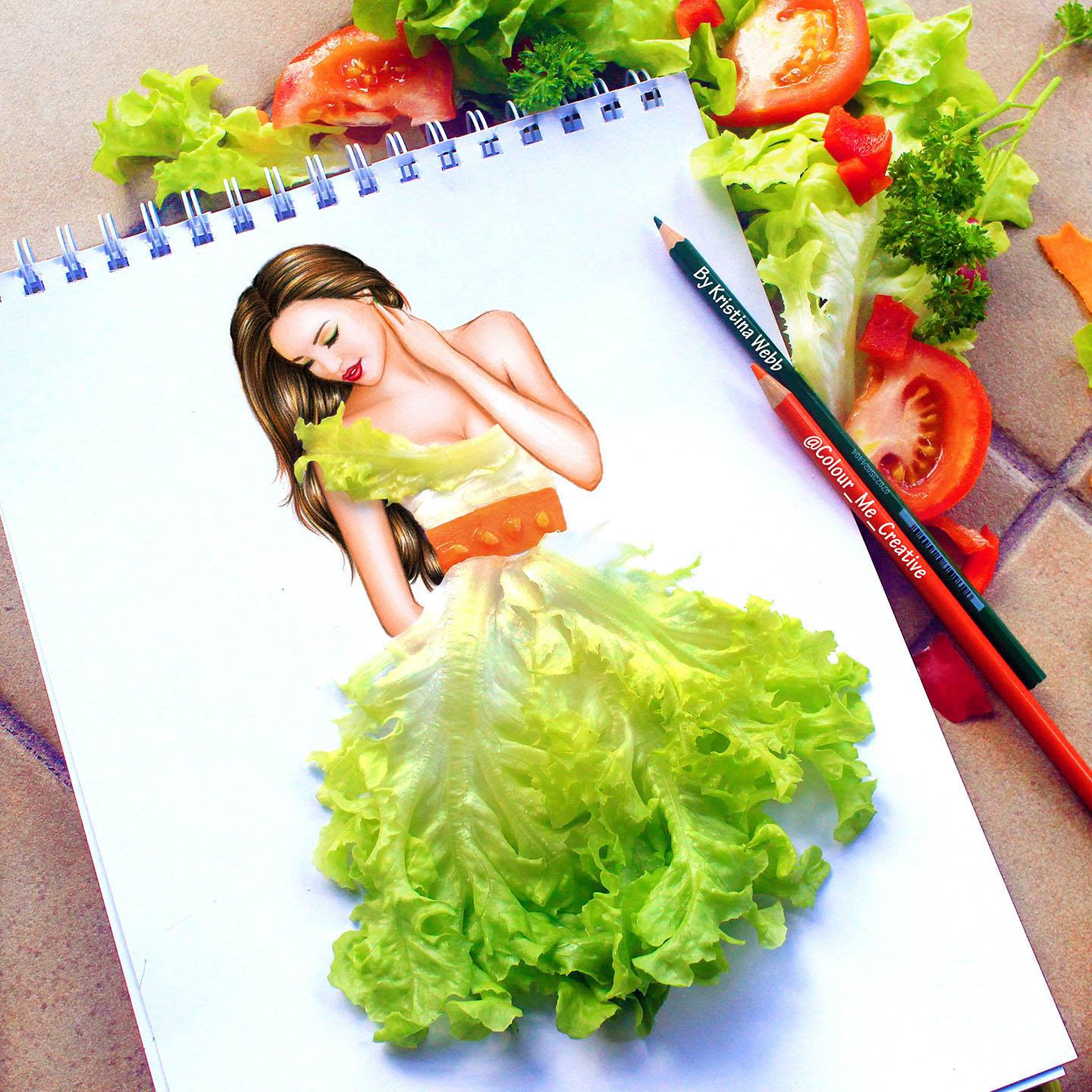 Her inquisitive self picked up the pencil, and that’s how it all began. 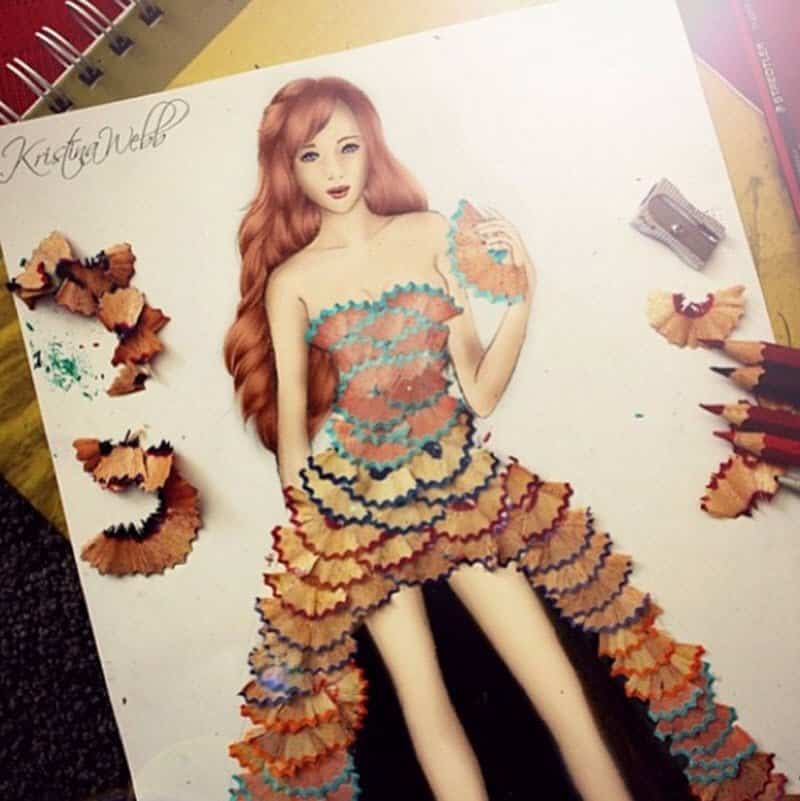 At 14, she did her first viral piece. 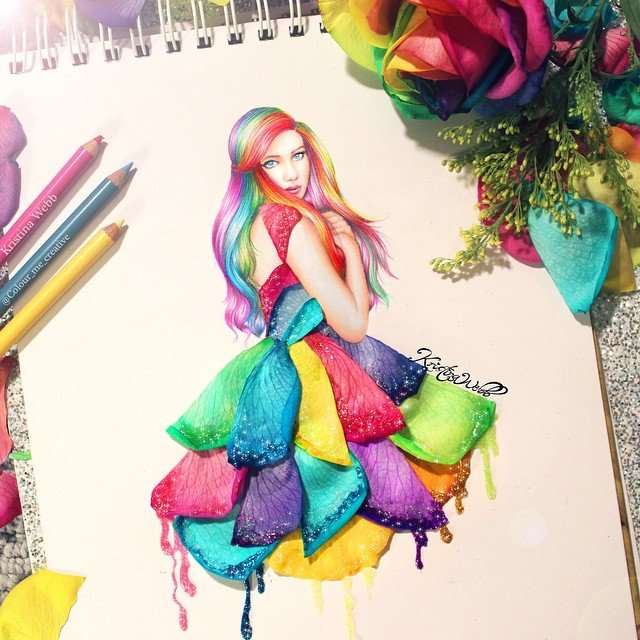 The young artist admitted that she posted her art on Tumblr without including her signature. 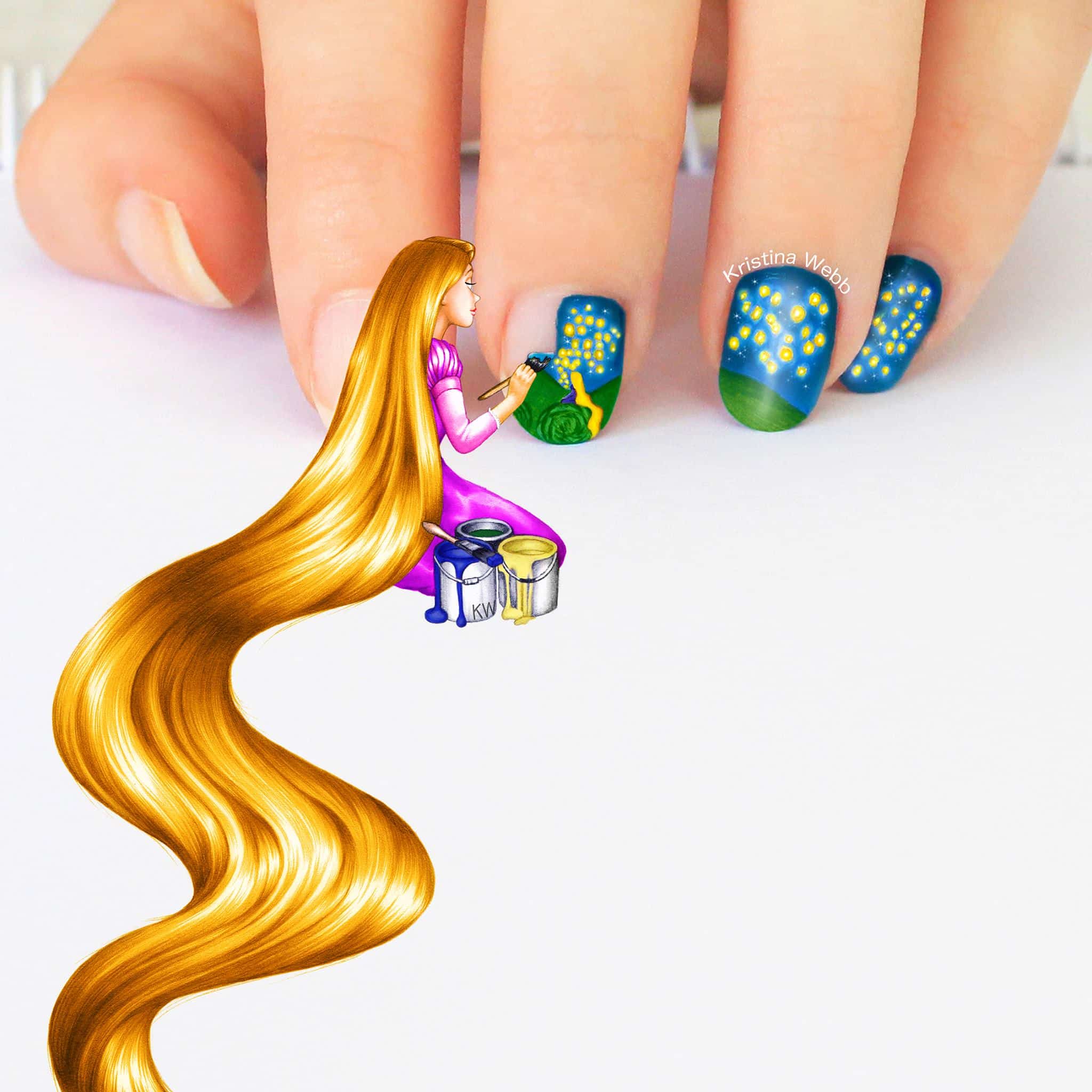 She then posted the same piece on Instagram, but everyone found it hard to believe that it was her who made it. 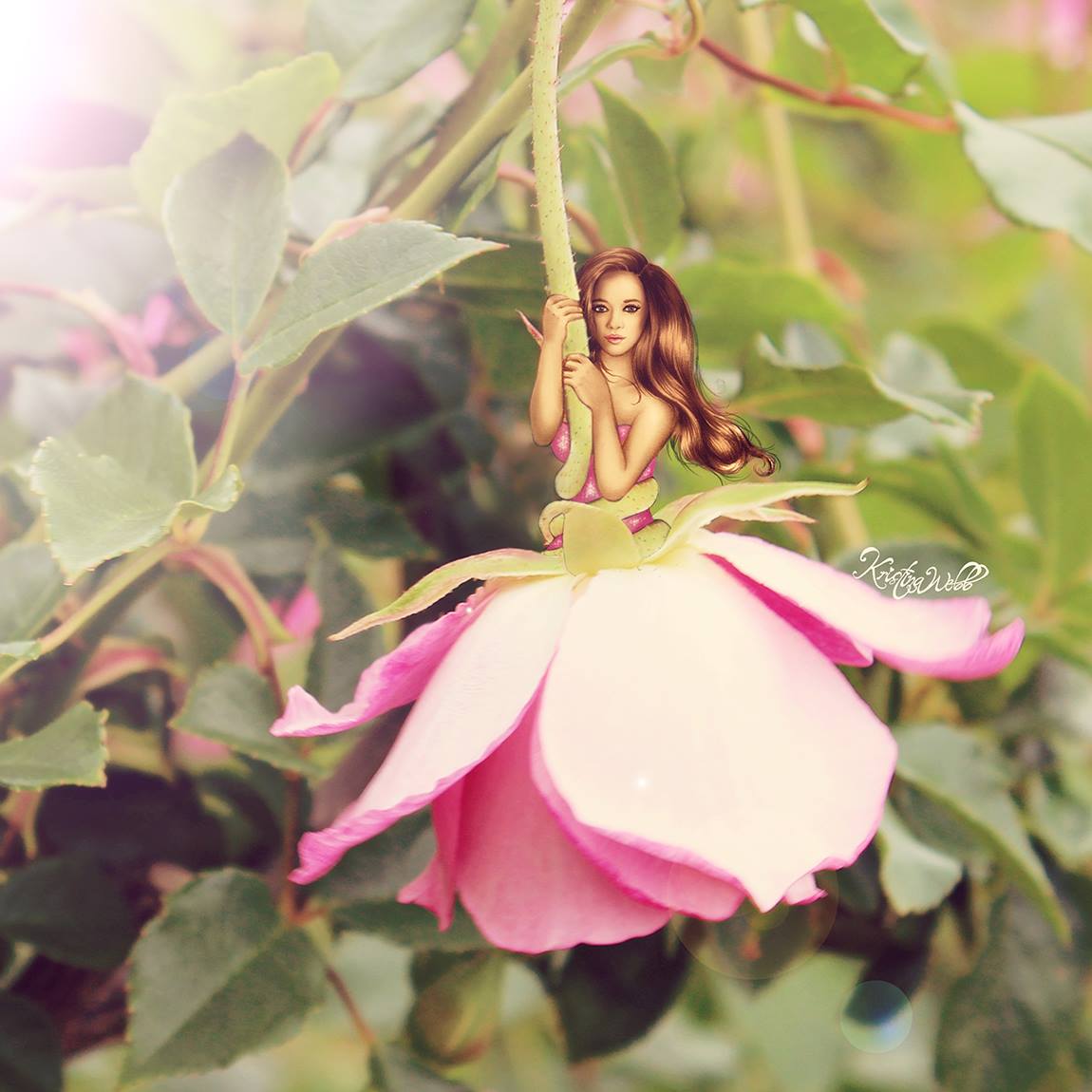 Until she posted more and more drawings that you can really find a distinct style to it and tell that they are hers. 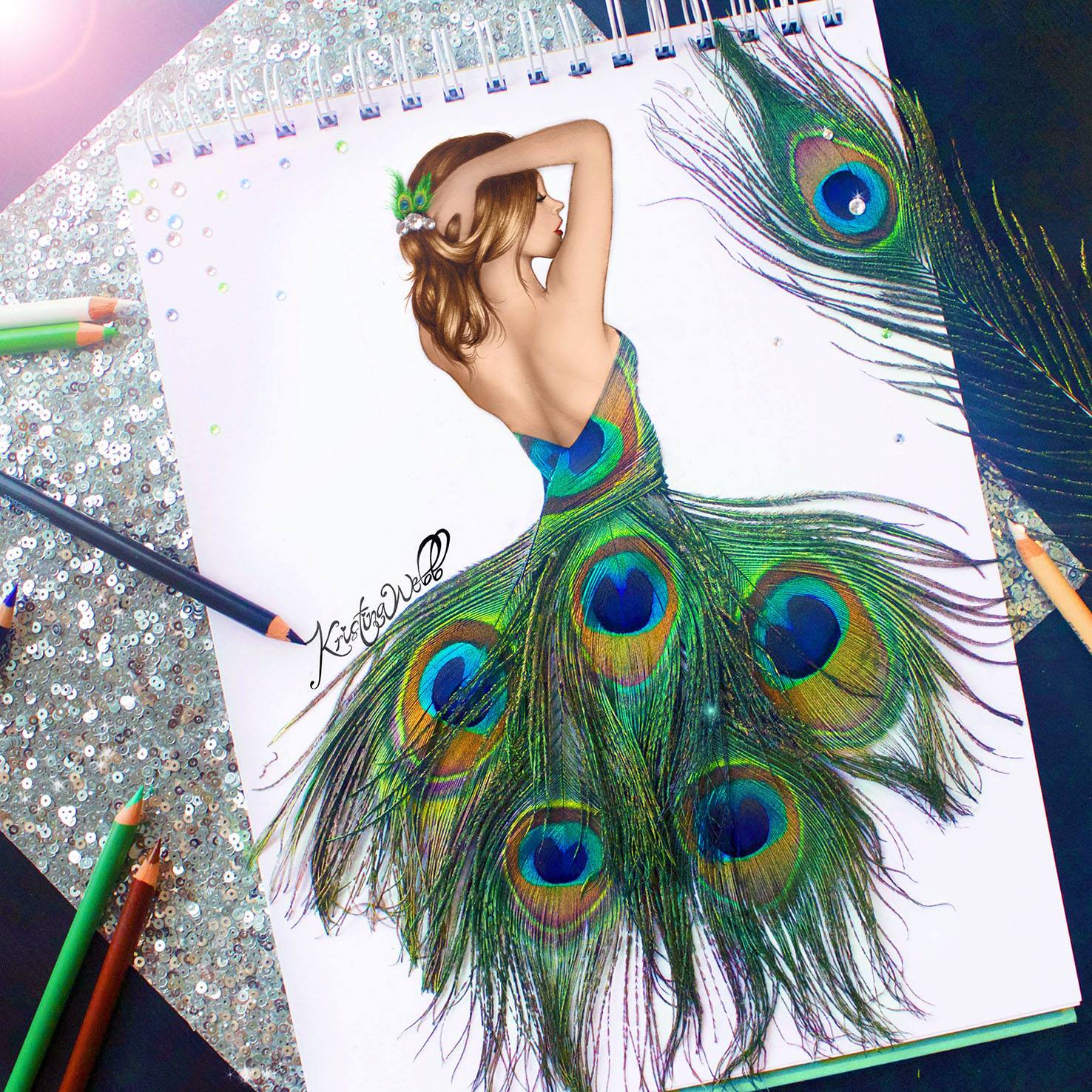 A retouched version (and one with her signature) of the original piece that went viral on Tumblr. 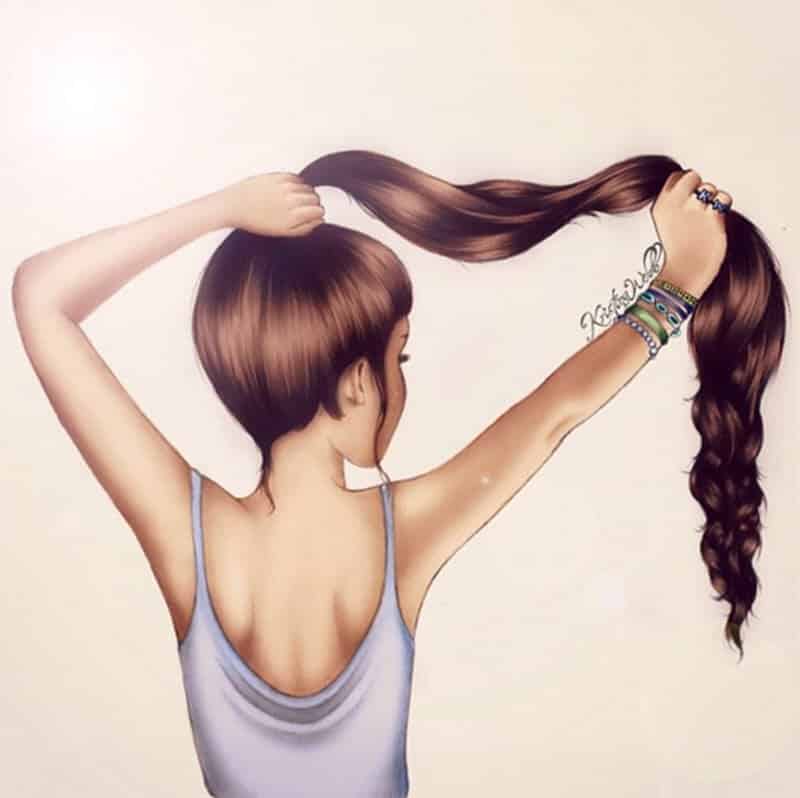 She also does digital art. 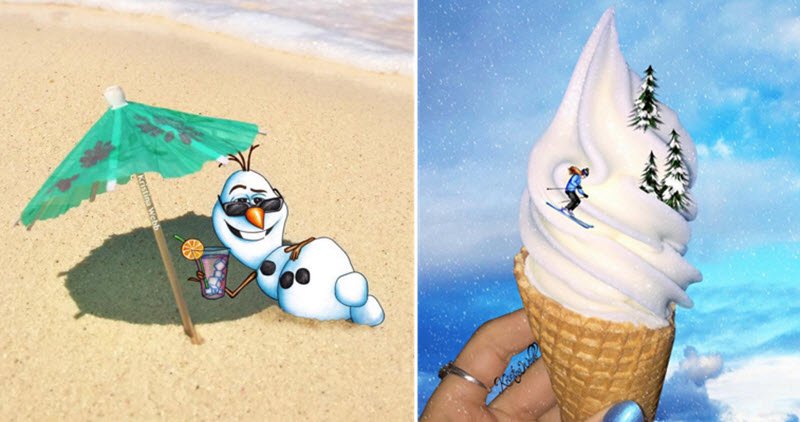 Rapunzel painting the artist’s nails and a Rapunzel surprise egg. 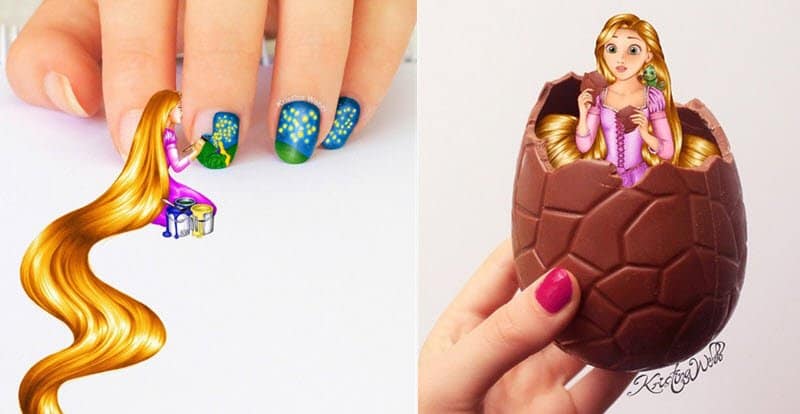 She also likes to doodle on her Starbucks cup. 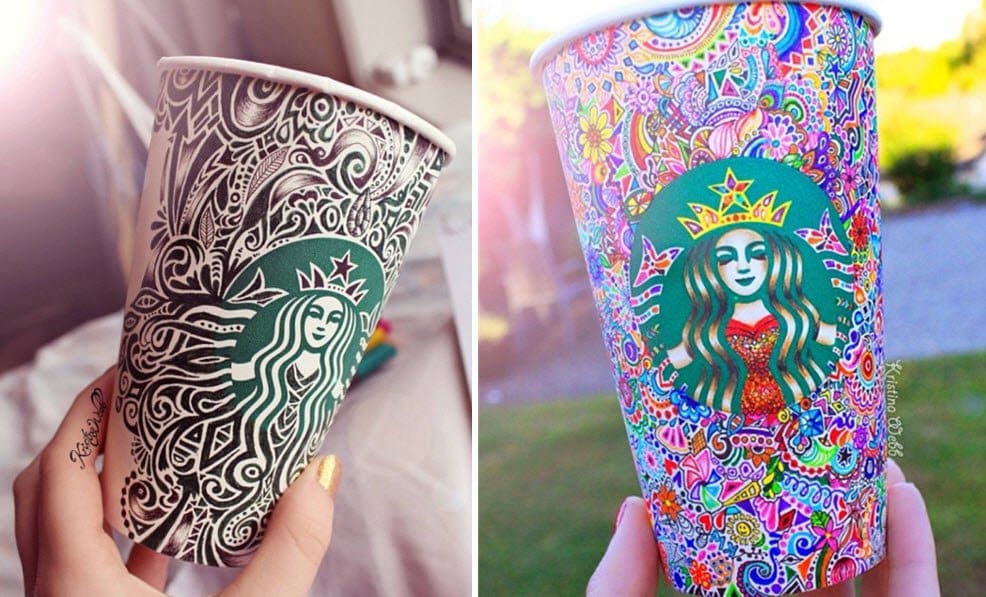 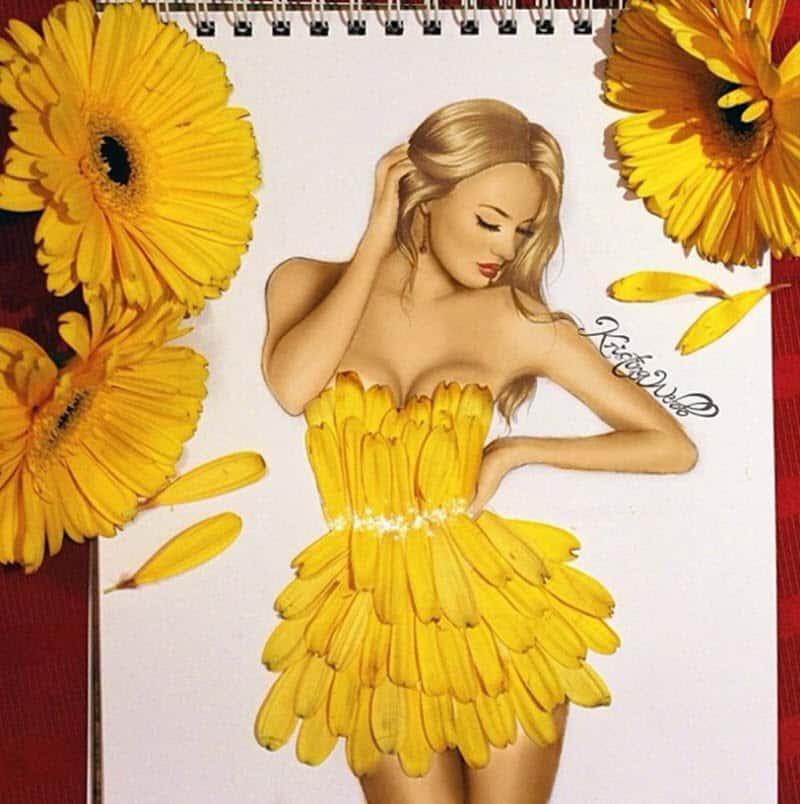 But Webb’s art is more than just pretty and vibrant color pencil illustrations. 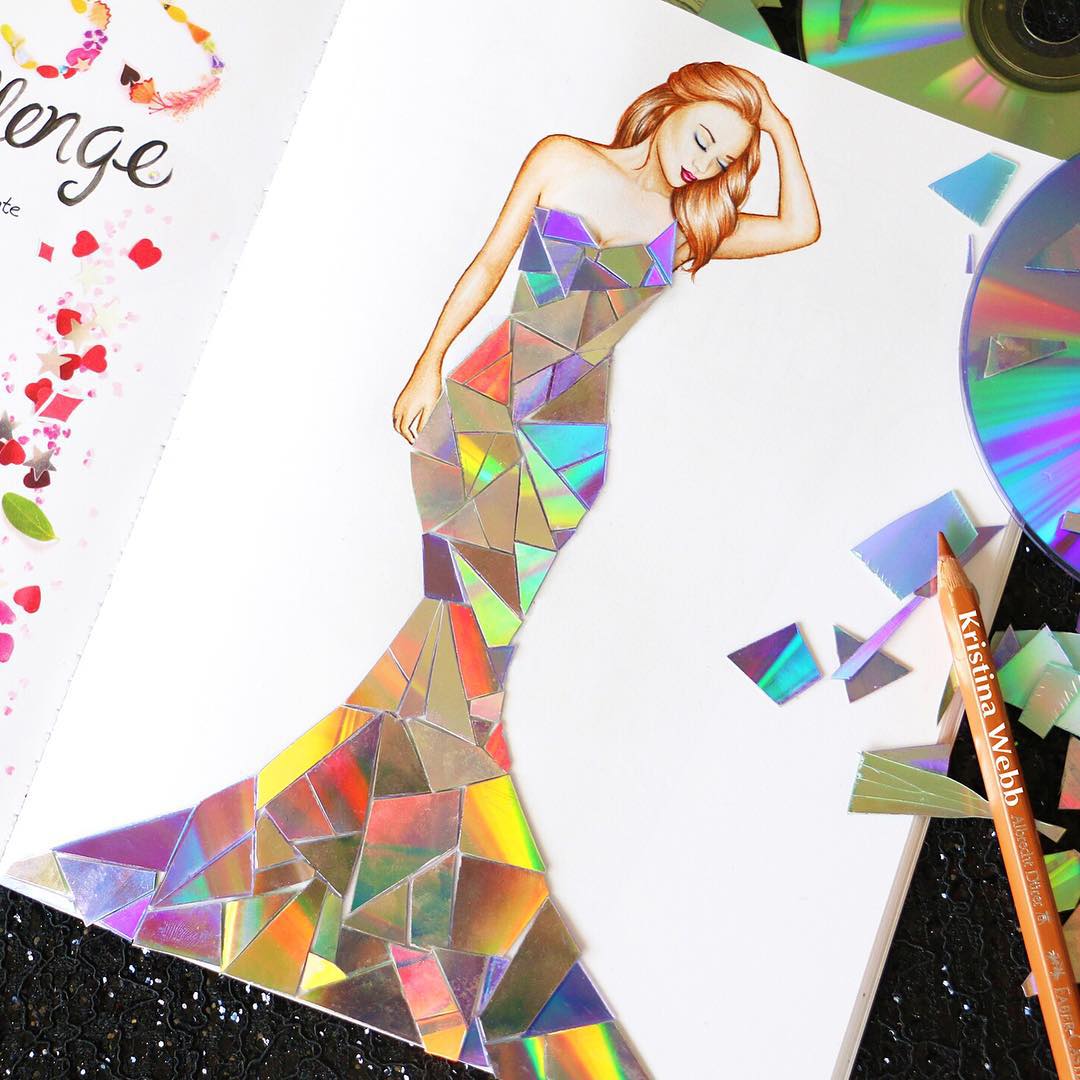 She also includes controversial issues in her drawings, just like this one. 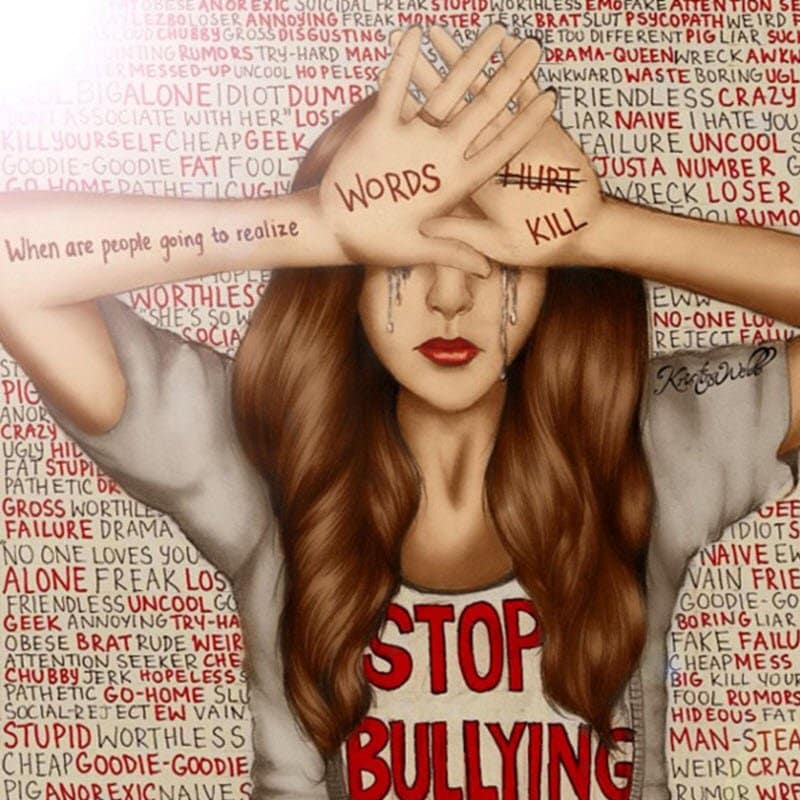 When asked why she does that, she responds:

Well, it sounds kind of bad but I like getting people riled up! It’s good to get people talking about important issues; it helps to spread the message about gay rights, suicide or body image and stuff like that. When you have such a big following you may as well use it.

Now that she’s gained a lot of followers and has been an Internet sensation for quite some time, Webb admitted that it is her dream to be featured on The Ellen Show. With a brilliant mind and a set of creative hands, she definitely deserves to be on the show. 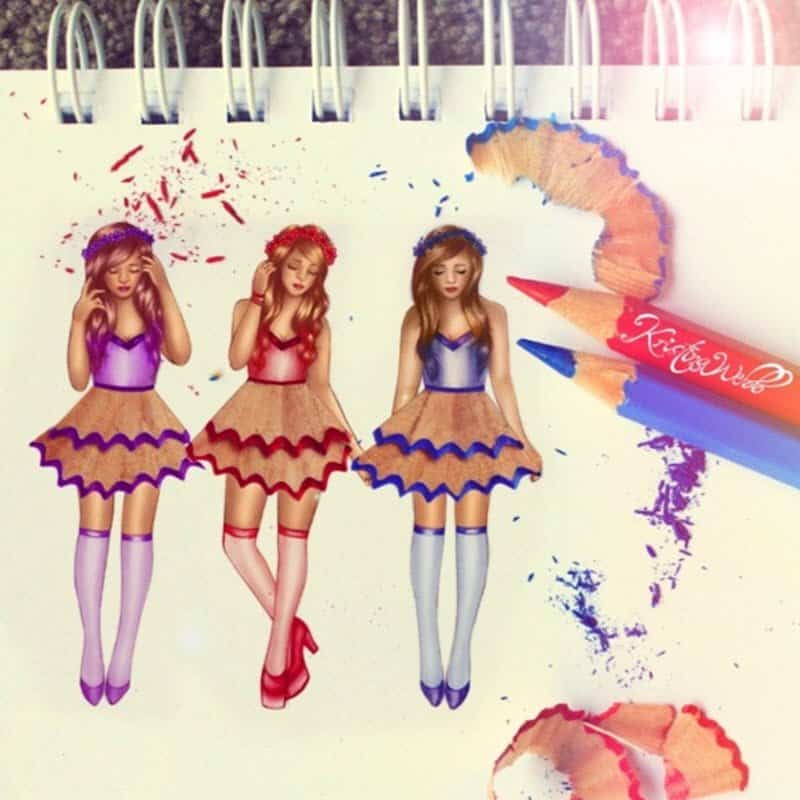 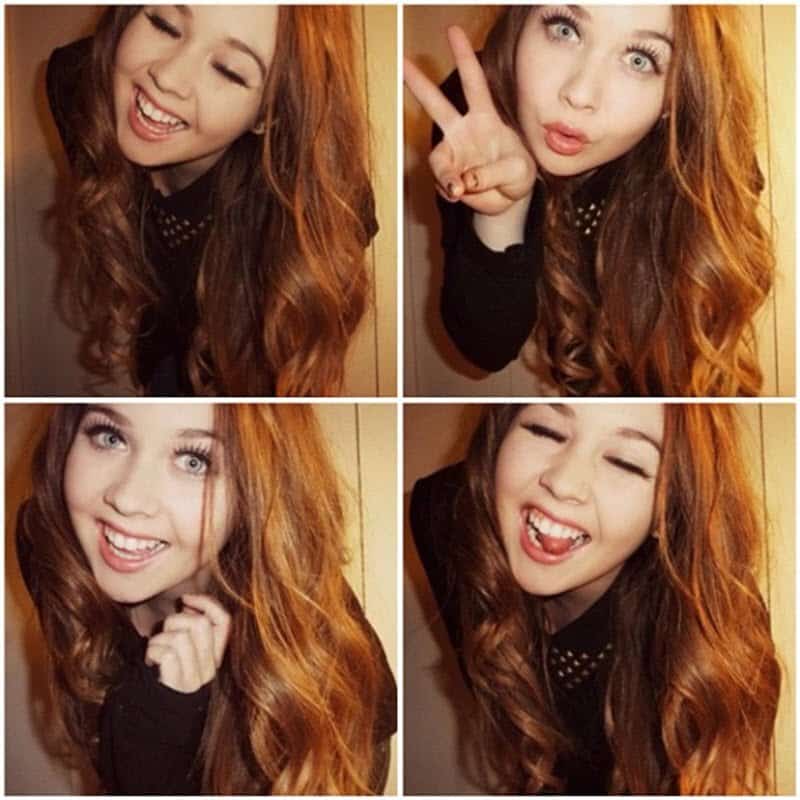 Well, here’s to Kristina Webb and may her art get more well-deserved recognition. Go follow Webb on Instagram to see more of her drawings.