If you’re a fan of DIY weapons stuff, there’s a big chance you’ve probably stumbled upon this guy’s work on YouTube.

Known to many as slingshot expert, Joerg Sprave’s latest masterpiece is quite impressive. Besides, it’s an awesome arrow-shooting gatling gun that fires with the help of pressurized Coke bottles.

Just how bad ass is that, right?

As you will see on the video below, Joerg shows the homemade weapon in its various stages, testing its strength and then making necessary adjustments to increase its performance. 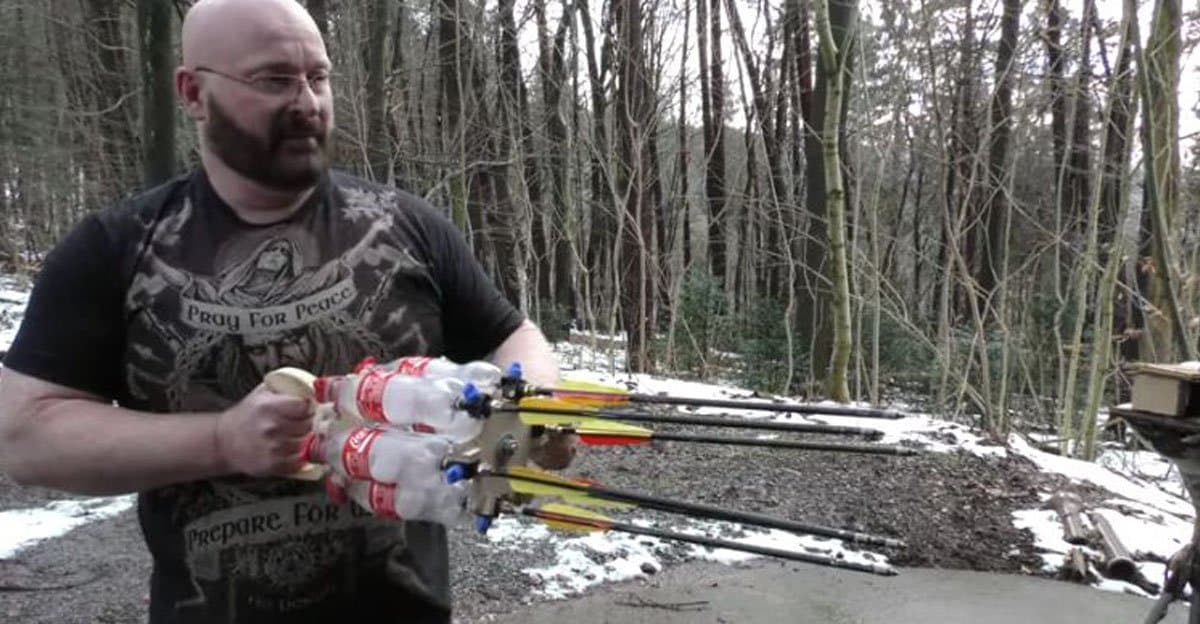 In the introduction, Joerg mentioned that the project began as a single Coke bottle arrow cannon but apparently, that didn’t satisfy him. So he took it to the next level and turned it into a one-of-a-kind gatling gun instead. Now he’s currently working on making the weapon full-automatic or semi-automatic.

You can watch the DIY weapon in action here:

Since April 2008, Joerg’s The Slingshot Channel has gained over 827 thousand subscribers and more than 134 million views on the said video-sharing platform.

According to their description:

“This channel is all about launchers. Most of them are powered by rubber, a fascinating material that converts muscle energy into kinetic energy! But we also present bladed weapons and launchers powered by other energy sources. Inventions, reviews, stunts and destruction – if that is what you want, you came to the right place for sure!”

I don’t know about you but I’m definitely subscribing to this dude’s YouTube channel. Good luck with your project, Joerg. I’ll keep an eye on your stuff!