Atop a small rocky island in Narragansett Bay, Rhode Island is a huge three-story mansion that has been standing there for more than a hundred years. The mansion was built by Joseph Lovering Wharton, a socialite whose land was seized by the government. In his act of defiance, Wharton built a home where no one could bother him. The house was named Clingstone, aptly so for the way the house clings to the rock.

Clingstone house is what you might call a house built to spite someone. 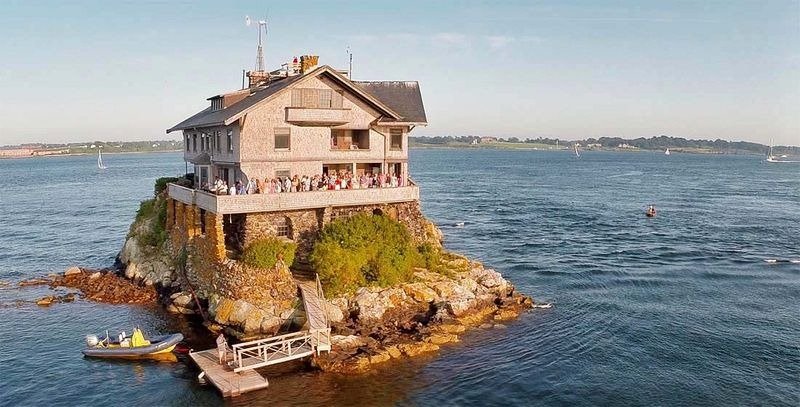 Wharton decided to build his huge mansion in the middle of the sea where no one could bother him. 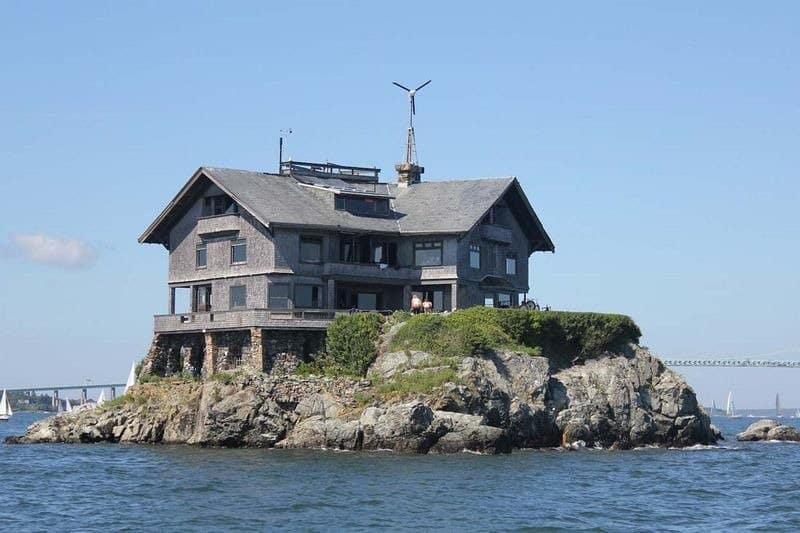 Despite Clingstone’s location in the middle of the sea, it has managed to survive for more than a hundred years. It has survived countless storms and hurricanes with only minimal damage even though its just 20 feet above sea level.

Clingstone was aptly named for the way it clings to the rock where it still stands, even after countless of hurricanes. 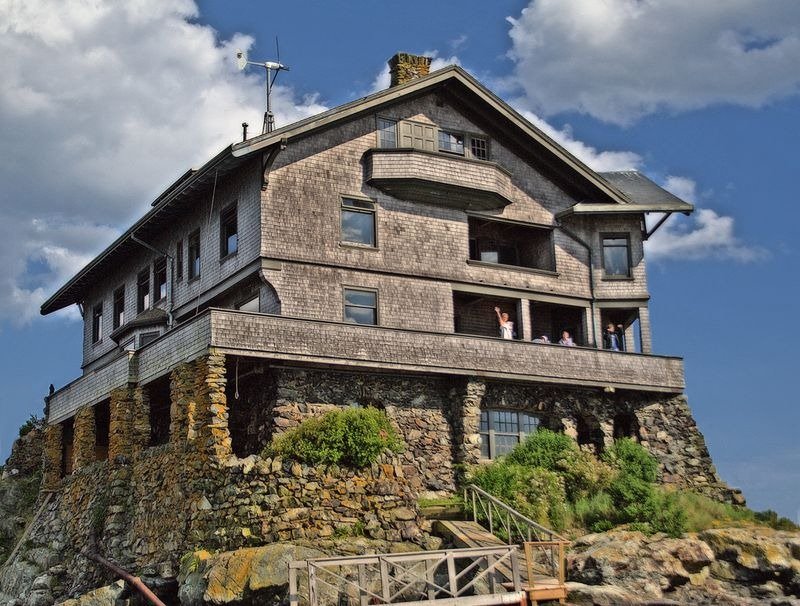 Clingstone’s current owner is Henry Wood, a distant cousin of Wharton. He regularly visits Clingstone with his three sons to watch the yearly hurricanes in action. Wood is a Boston-based architect who bought the house in 1961. When he acquired the home, he and his sons set out to renovate the house with environment-friendly materials.

Henry Wood, a distant cousin of Wharton, acquired the house in 1941 when Wharton's widow died. 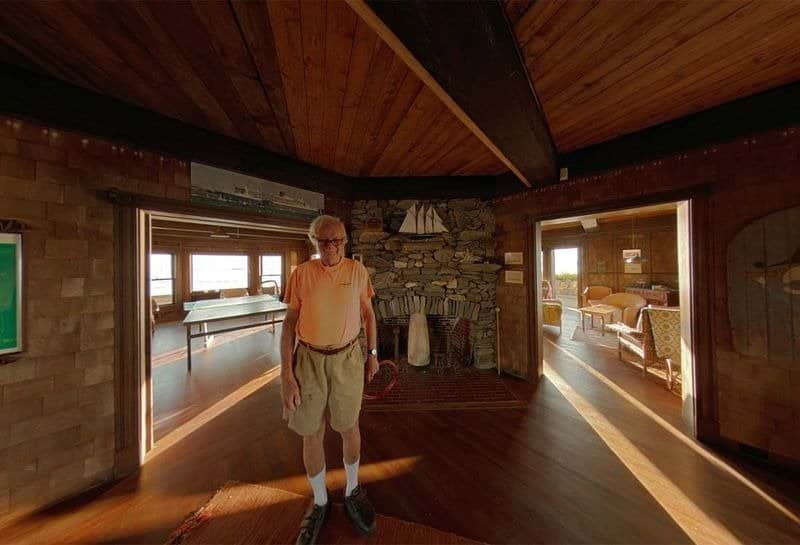 Wood has taken Clingstone off the power grid by fitting the house with a windmill and photovoltaic cells for electricity. 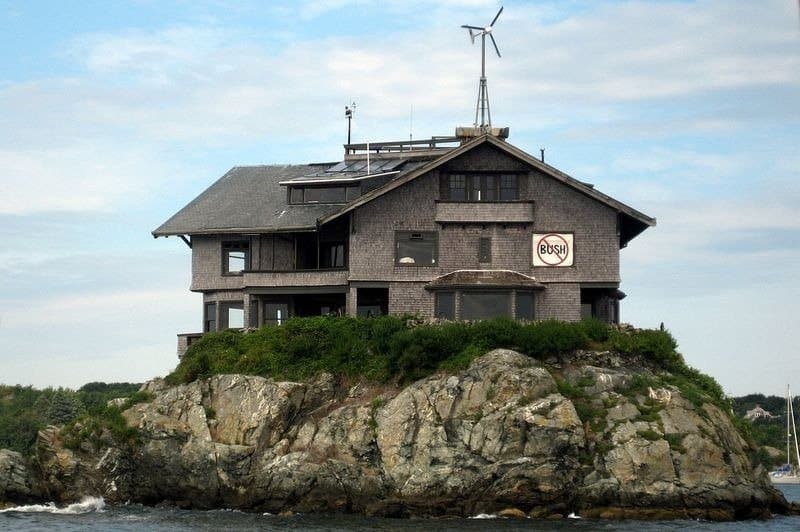 Some of his renovations include taking the house completely off the power grid. A windmill on the roof provides Clingstone with electricity, while photovoltaic cells charge the batteries in the basement for additional power. There’s also a cistern that collects up to 3,000 gallons of water for washing and cleaning, and the filtered sea water is what inhabitants use for drinking. It even has a composting toilet, wherein the compost is used to fertilize the garden.

As for water, the Wood family uses rain water gathered in a cistern for washing and filtered sea water for drinking. 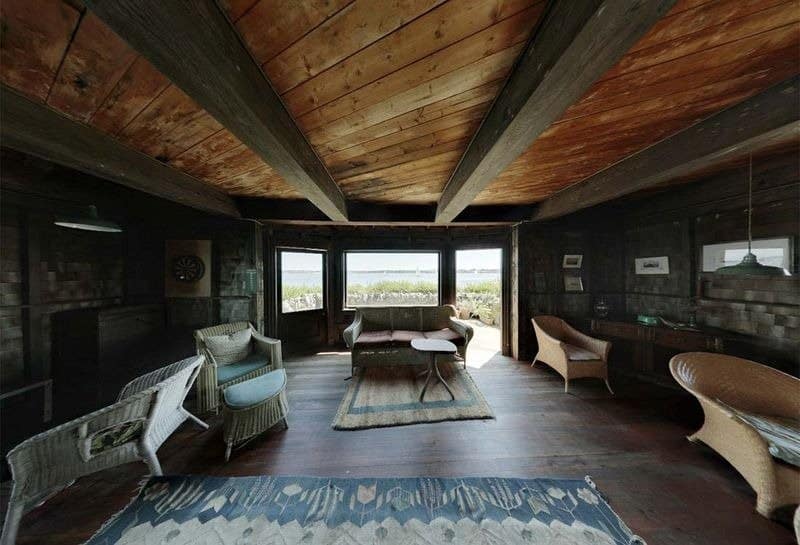 While setting the house up with green technology may have been expensive, Wood has managed to cut costs by buying furniture from thrift shops, yard sales, and old buildings that were torn down. Today, Clingstone has 23 rooms, including 10 bedrooms and 5 bathrooms.

Clingstone is now known to tourists as the “House on a Rock.” 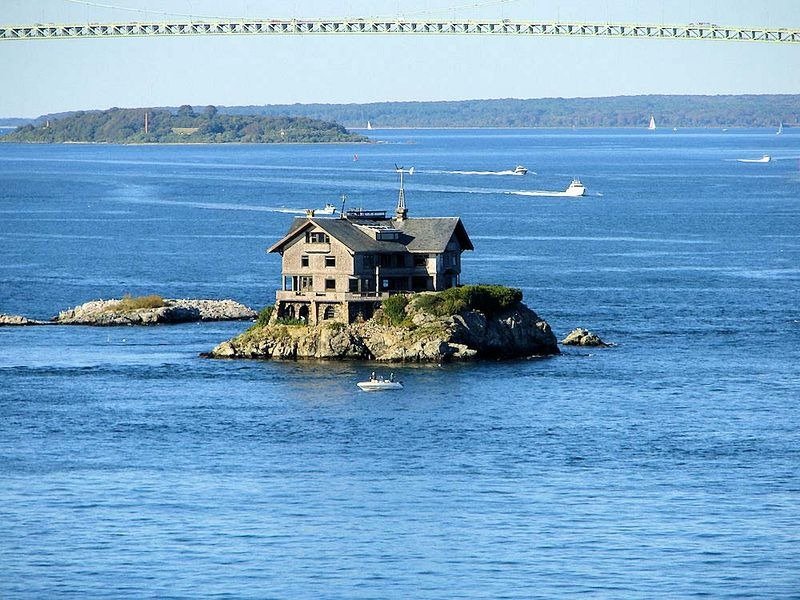 Would you dare to live on this house? You could say you’d save a lot of money on water and electricity. However, all your saved money might then be poured out into transportation to and from the house!