Living in the 24th floor of an apartment building may not sound too uncommon but if its a structure without an elevator? Then we’re definitely talking about something truly extraordinary here.

Yes, there is such a building out there today and it has recently gained a lot of attention via social media. As it appears, a 24-floor building located in the municipality of Chongqing in southwest China indeed doesn’t have any elevator at all.

Netizens couldn’t help but imagine what it’s like for residents to live in this building. 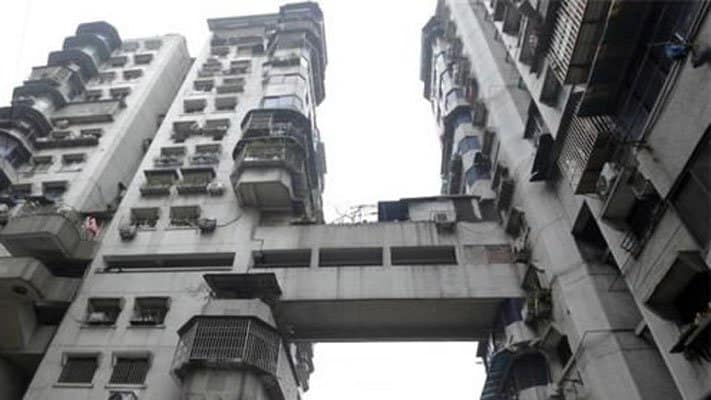 In a post by China Global TV Network, we learn that a recent video clip “showing residential buildings without elevators in southwest China has received hundreds of thousands of views online.”

The neighboorhood went trending on social media across the country and many netizens wondered how the residents survived just by using stairs, with some of them imagining what they would feel like if they were in the same scenario.

“I will be weak and limp by halfway.”

“What if I got lost in the puzzling stairs?”

There are also those who got excited about the idea and wanted to take the challenge.

As one user named Maxiaoduoduo said:

“Wow! I want to give climbing it a shot.”

The CGTN report further tells us that the neighborhood is merely an “illustration of how marvelous the city’s buildings can be”.

As many have noticed, the buildings are linked by skywalks and passageways. 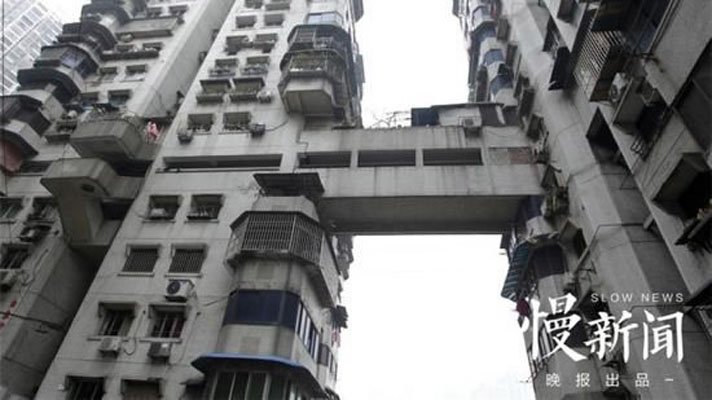 The 10th floor of this building, for example, has an exit that allows easy access to the street. 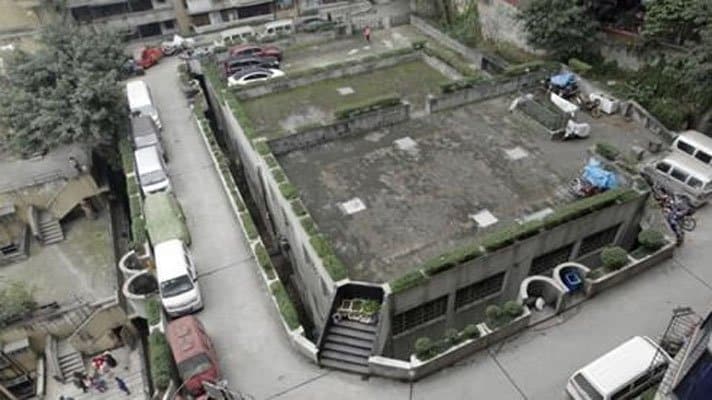 In an interview with Chongqing Morning news, Hu Xiangui, a local resident, said that the buildings were “built in the 1990s”. It was only around 1997 when elevators were extensively introduced in the country.

Meanwhile, this apartment building even has a train running through it. 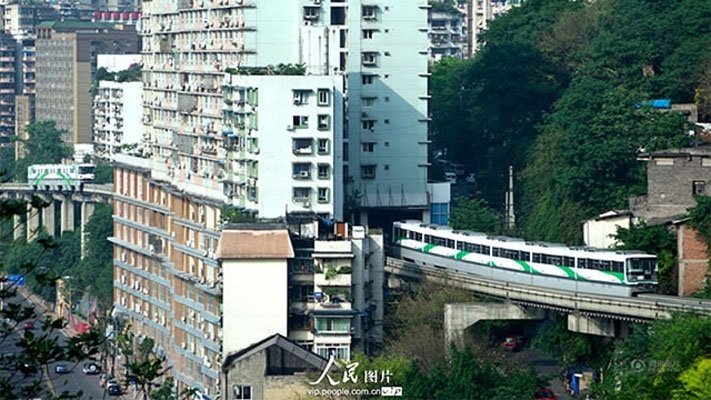 And this one has a road on its roof! 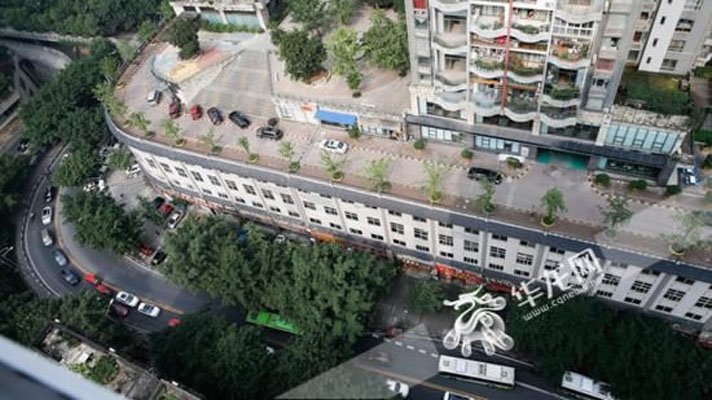 Mrs. Cai, a woman who has lived in the building for 8 years, shared:

“At first I was so tired that my leg shook a lot when I was climbing the stairs. But I found it was okay after I got used to it.”

The neighborhood is so popular that it gets featured “in 5 to 6 movies every year,” added Mr. Cai. One of which was the 2016 blockbuster “Chongqing Hot Pot” which grossed $58.4 million across the world.