How would you feel if you suddenly discover that you have a twin sibling all along? Well, we can only imagine the shock and surprise of these two young girls who were born as identical twins in China.

Soon thereafter, they were separated and then only found each other again after about a decade. 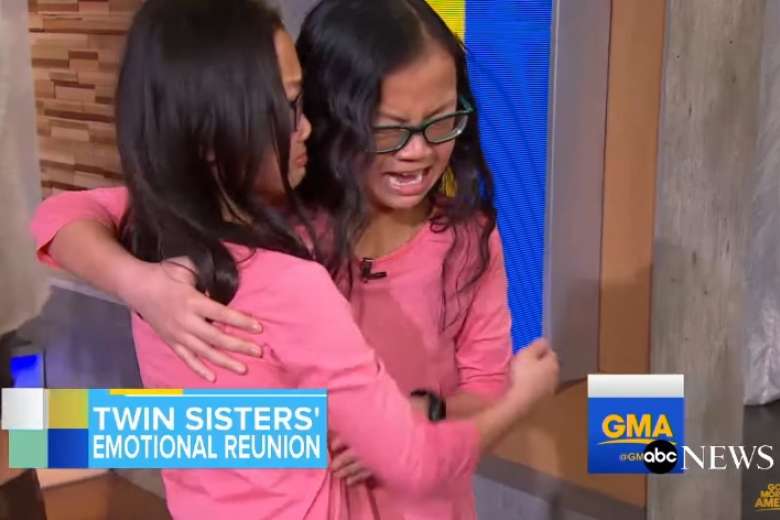 They were in tears – as were the audience – when they finally had the chance to embrace each other.

Audrey and Gracie grew up hundreds of miles apart after they were adopted by two different families, the Doerings from Wausau, Wisconsin and the Rainsberrys who were from Richland, Washington.

Both families were unaware about the fact that the girls had twin siblings until Jennifer Doering, Audrey’s mom, used the web to find a meaningful Christmas gift for her daughter. She wanted to give her a copy of the Chinese newspaper ad that helped the family find her.

Much to her surprise, Jennifer later discovered an old photo of the twins as babies. 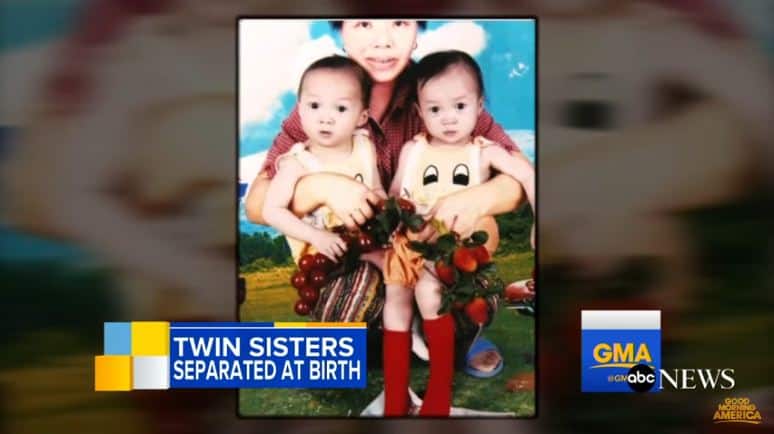 She immediately tapped the help of a Chinese researcher so she can learn more about Audrey’s twin. 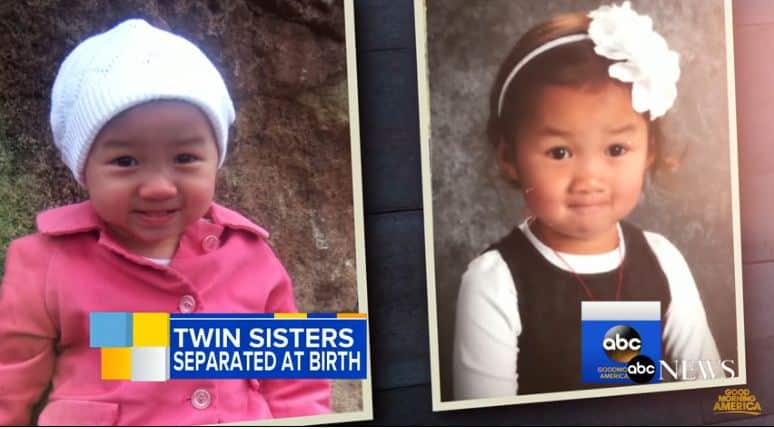 “As soon as I had that picture, I was desperate to find out… who that other child was.”

Thanks to social media, the mother eventually found out that her daughter’s twin was also adopted by another American family. 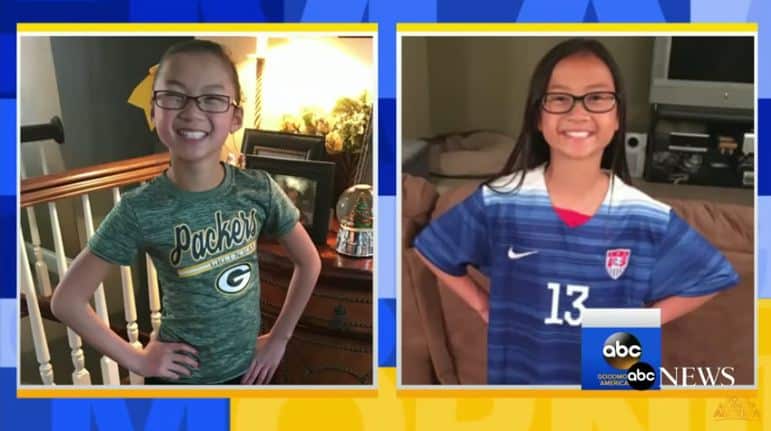 “Oh, it was unbelievable. I’m like, ‘How?’ I mean, this is stuff you read about,” Doering said. “And how, how could it really be that there are two of them?”

Nicole Rainsberry, Gracie’s mom, was equally shocked when she heard about it.

“I mean, it’s hard to process that information. It was so crazy to be looking at what looked like Gracie, but knowing that it wasn’t Gracie.”

The sisters soon began communicating online and later found out that they had many things in common. 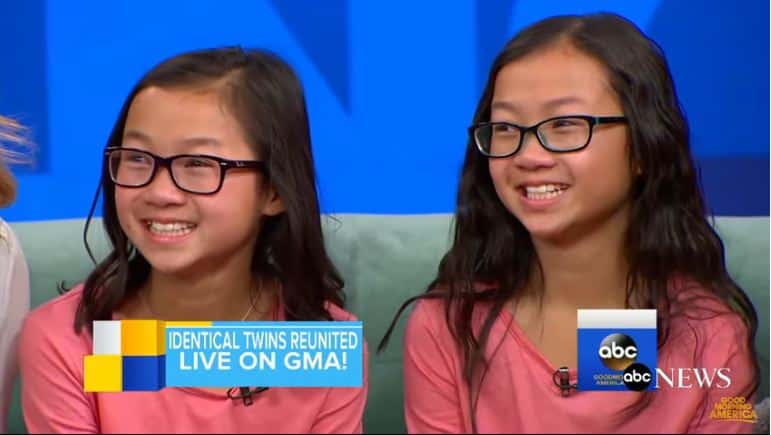 Frankly, this video made us weep non-stop.

We couldn’t be happier for these 10-year-old girls. They’ve both been raised by great families and now they’ve finally found each other.