I don’t know whether I should feel guilty for laughing out loud about this bizarre news. Besides, how often do you hear about a genius guy who tried fixing a broken washing machine only to have his head stuck in the drum?

This strange incident happened in Fuqing, a city in the south-eastern province of Fujian in China. Apparently, the man wanted to wash his clothes but found out his washing machine was no longer working. 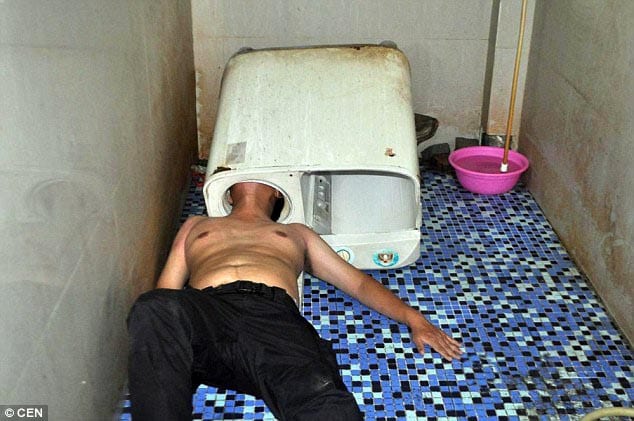 Instead of calling a serviceman though, he decided to give it a shot. He tried giving the drum a closer look and then things took an ugly turn from there – his head got stuck and he couldn’t pull it out.

Geez. Was he even thinking? 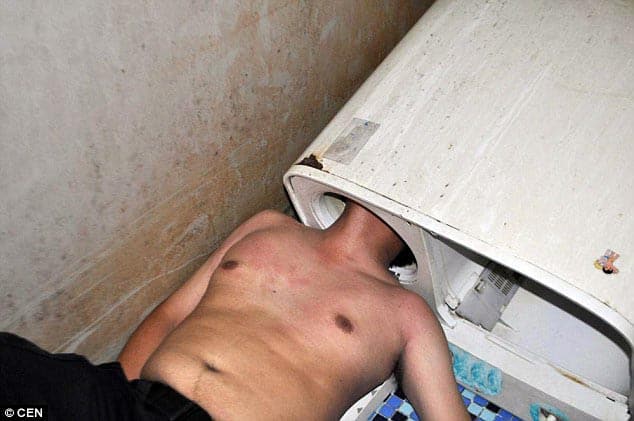 His roommates later found him in the awkward position, lying shirtless on the floor with his head stuck on the machine. They tried using soap as a lubricant but to no avail. Eventually, they had no choice but to call up the local fire department to ask for their help. 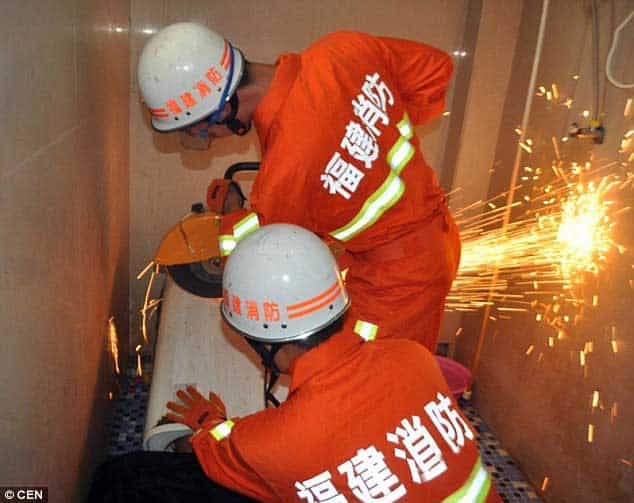 The Fuqing City Fire Department sent six emergency officers to the scene. To allow the victim to have some breathing space, the firefighters had to use scissors and a hacksaw so they can separate the drum from the frame of the washing machine. 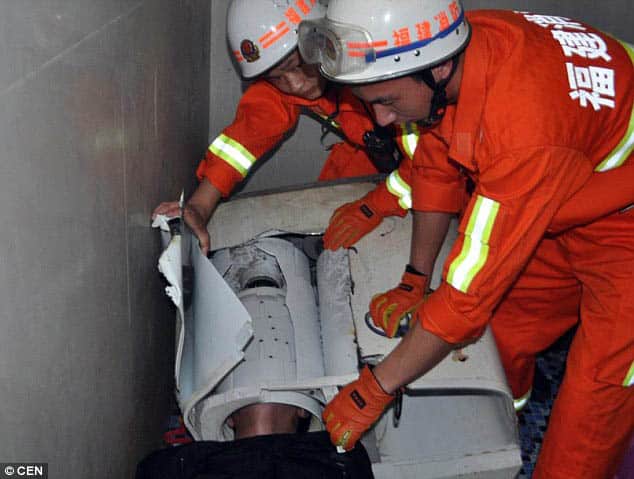 They then broke the machine apart piece by piece so they can rescue the man. It took about 40 minutes before the officers successfully freed the poor guy from his metallic prison.

He was later brought to a nearby medical facility for a check-up. Fortunately, he only had minor head and neck scratches from the embarrassing fiasco. 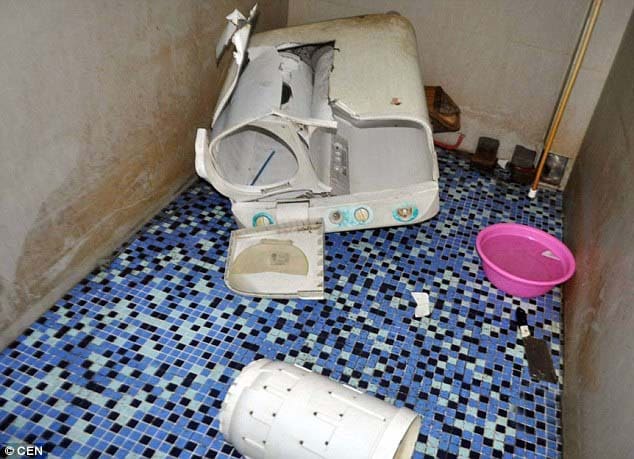 “I managed to stick my head into the machine very easily, so I don’t understand why I got stuck on the way out.”