A Guangzhou native in China got an odd sign that his love was right when he lost the engagement ring he was about to give his girlfriend but then found it again. The man only identified as Mr. Wang lost a luxurious diamond ring worth $45,000 in a restaurant but was later returned to him. To celebrate, he bought 5,000 bowls of spicy noodles from the restaurant which he gave away to the Chongqing residents.

Mr. Wang had been planning to do a surprise marriage proposal to his girlfriend on their first-year anniversary. To make sure that everything goes smooth, he had been doing plenty of preparations the day ahead the engagement. However, while he was having his lunch on Sunday, he moved away from his seat where his bag and the engagement ring were to take a call from his girlfriend.

A Chinese man shared his gratitude to Chongqing residents after his lost three-carat diamond ring was found. 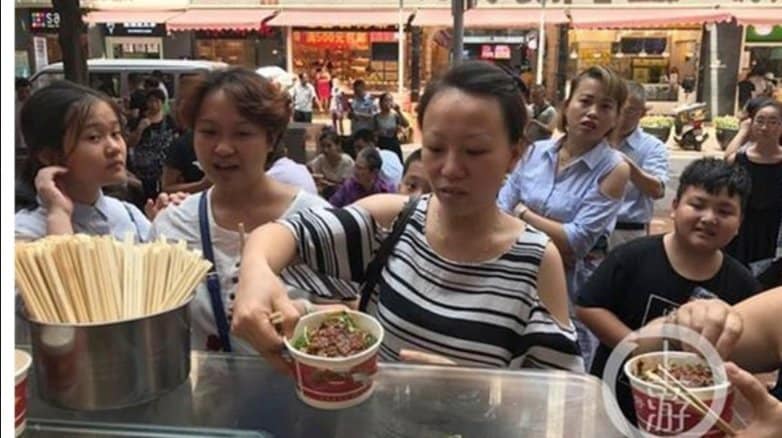 Upon returning to the table, he found that his bag was taken and in it was the three-carat diamond ring worth 300,000 yuan ($45,000). In a very fortunate turn of events though, some local handed the lost bag to the restaurant manager Yue Xiaohua. The person-in-charge then notified Mr. Wang and returned the bag.

According to South China Morning Post, Mr. Wang then returned the following day and asked the restaurant how many bowls of spicy noodles they usually sell in a day. The grateful man handed the manager 35,000 yuan ($5,250) which could make 5,000 bowls of spicy noodles. He then told the manager to invite everyone in the area to eat free noodles for the day. Mr Wang also reportedly sent a thank you letter to the restaurant and shared the news about his girlfriend accepting his wedding proposal as he could have not asked the lady to marry him if it weren’t for their help.

Residents formed a 100-meter long queue outside the restaurant in Chongqing for the free sour and spicy noodles. 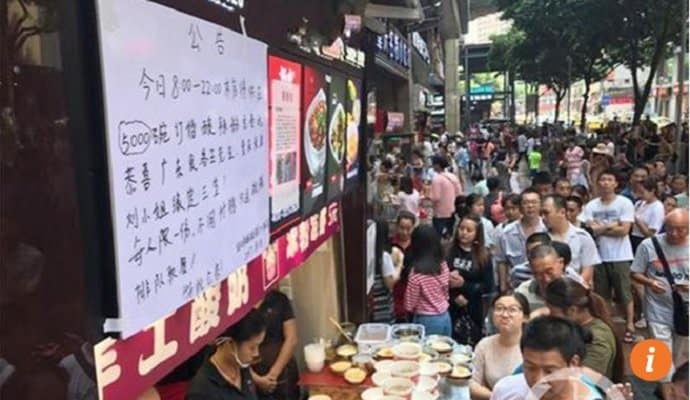 Mr. Wang’s thank you note was posted outside the shop for people to share in his excitement after his girlfriend accepted the proposal. 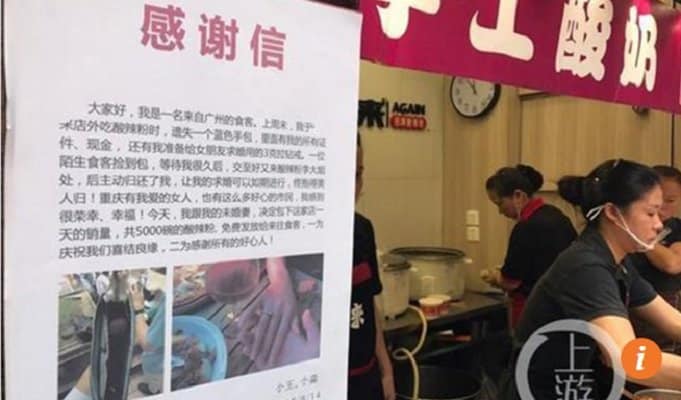 Wang reportedly wrote in the letter:

‘Chongqing has the woman I love, and so many nice people. I feel very honored and happy.’