In China, the culture is relatively conservative. However, there are certain occasions where people can let loose, so to speak. Weddings are among those events. A certain Chinese bride can attest to this.

Apparently, the games played in some of China’s post-wedding parties can get pretty rowdy. The bride, in particular, is often the “main attraction” in these shenanigans. Sometimes, guests urge her to drink as much as she can. At other times, they subject her to some other unsavory challenges.

The bride is covered up at the ceremony, it's a different story after. 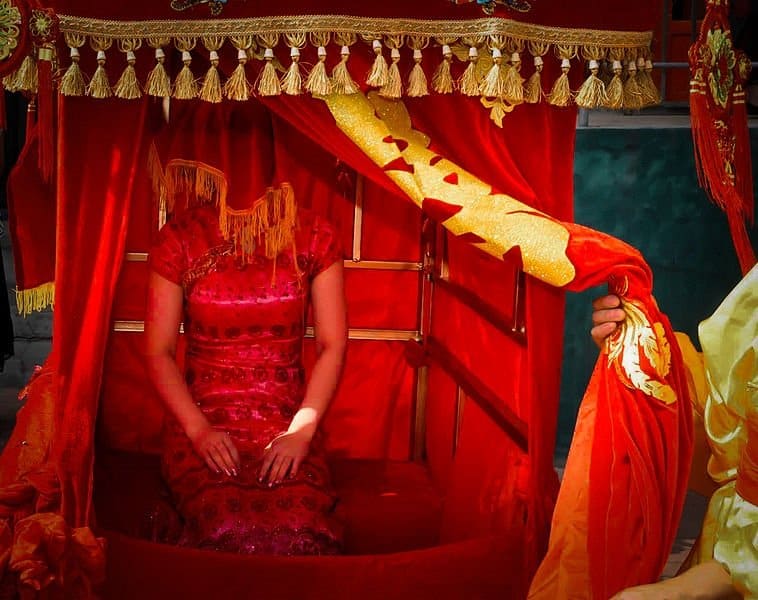 In China, wedding celebrations extend to when the newlyweds move into their home. This is where the wild games are conducted.

Among these games is “Finding the Peanuts.” Peanuts are supposed to symbolize the couple’s future kids. With the couple lying on the bed, the guests look for the nuts hidden there. You can imagine how crazy (not to mention awkward) it could get.

Another crazy wedding game — albeit with a modern twist — involves the bride putting a condom on a banana, which is then placed on the crotch area of the groom. Of course, it can be tagged as highly risque. However, there are some games that really go beyond what is appropriate.

It’s all fun and games until guests went too far. 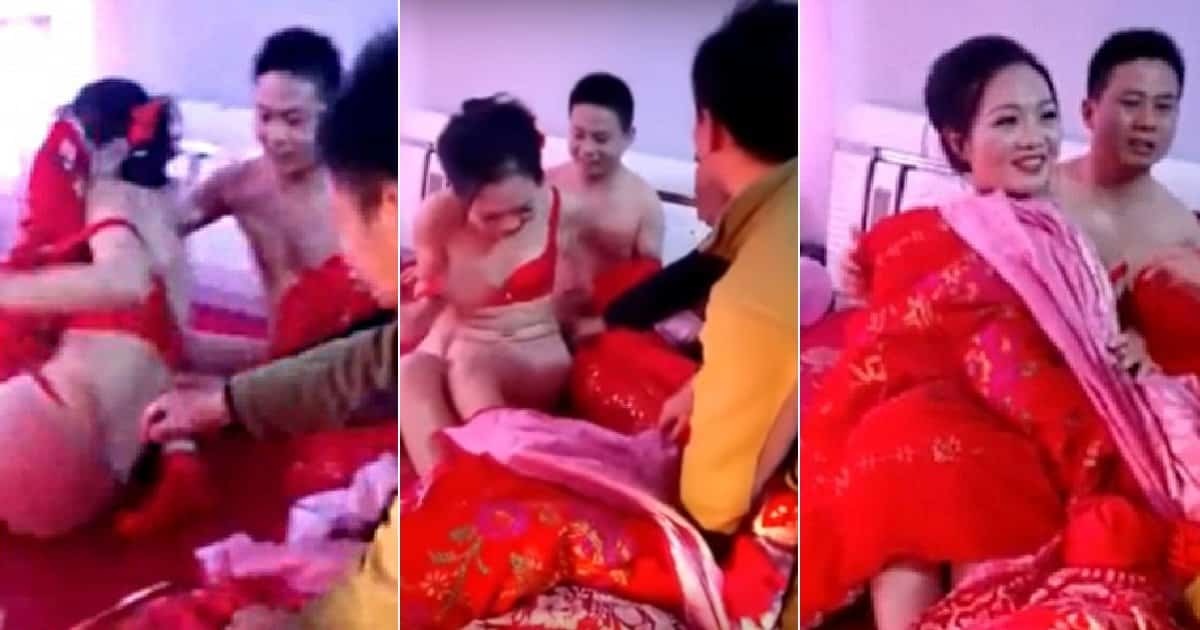 A clip uploaded on the Chinese video-sharing platform Miaopai shows just how wild some wedding guests can be. The situation shown in the video features guests who has clearly crossed the line. The couple in the video are reportedly from Henan province in central China.

The couple are already in their underwear. They are on the bed and attempting to cover themselves up with the traditional “lucky” red duvet. The guests then attempt to undress the Chinese bride.

Watch the video to see if this wedding game is appropriate.

It’s a good thing that the groom immediately put a stop to the nasty game. Indeed, he sensed that the guests had gone too wild to control. They were already threatening his bride’s well-being and dignity. People who have seen the video have also expressed outrage over the guests’ behavior.

Here’s another newlywed bride stripped by guests and told to ‘act passionately’ in front of them.

15 Weird Wedding Rituals from All Over the World 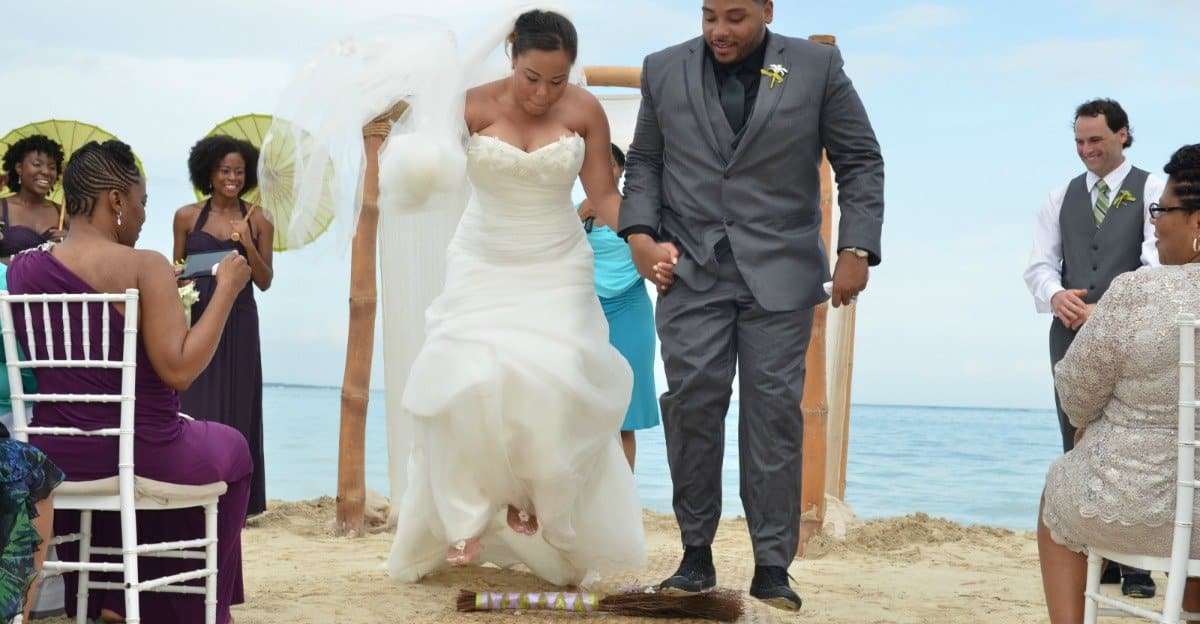