This is pretty scary!

A CCTV footage recently surfaced online, showing five commuters in Harbin City, China falling into a massive sinkhole when the ground underneath them suddenly collapsed.

As you will see on the video below, all the people were completely clueless of the tragedy that awaits them. They were simply standing at the bus stop when the sinkhole swallowed them without warning.

According to the reports, local authorities have confirmed that four of the five people that fell down received minor injuries.

This lady managed to cling to an underground pipe, saving herself from injury. 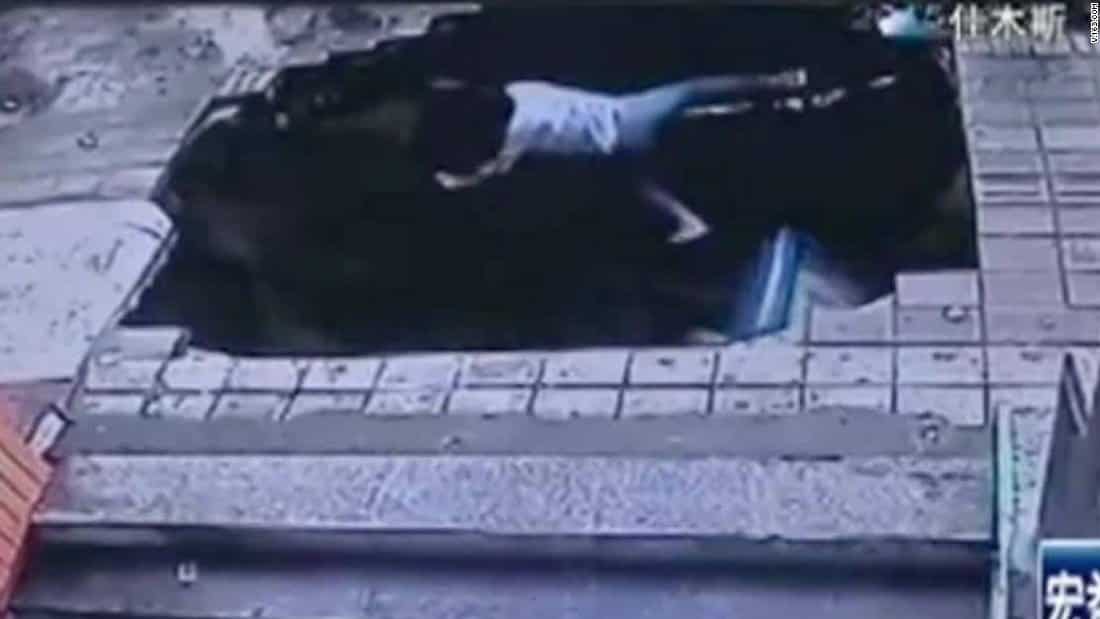 One of them was fortunate enough that she managed to cling to the underground pipe.

Luckily, no one was killed from the incident. 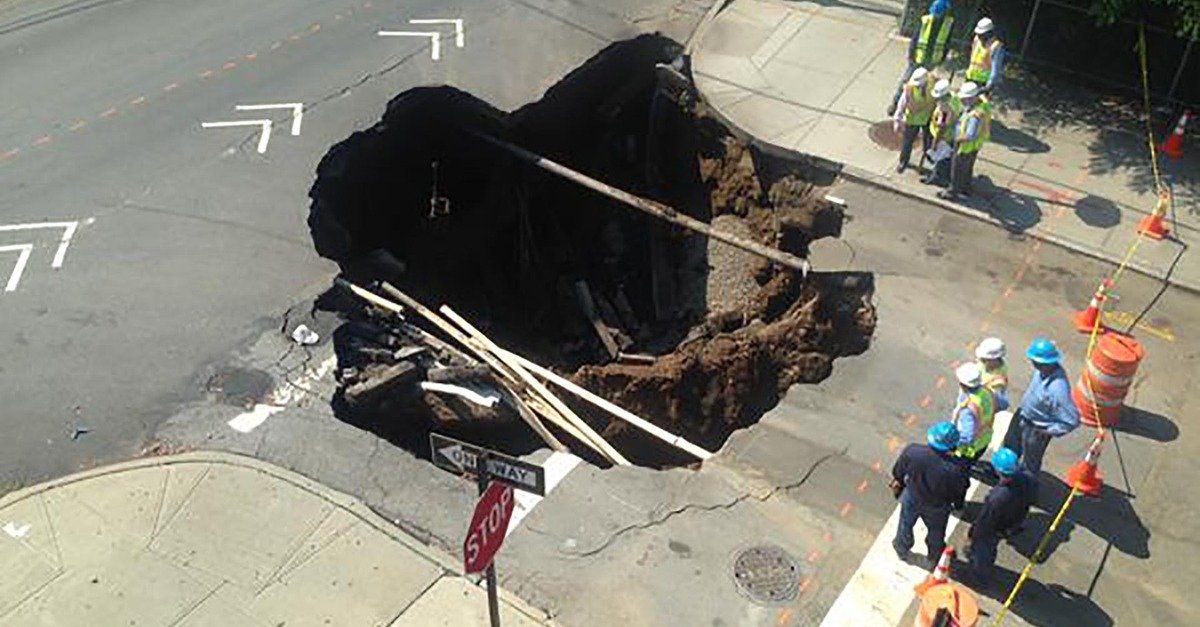 Playing the footage several times, one would easily come to the conclusion that none of the people stood a chance at escaping the sudden sinkhole. The poor woman who fell down last even bumped her head in the process. Curious onlookers checked the massive hole and came to help the lady clinging to the pipe.

Although the cause of the collapse is still unknown at this point, experts say that sinkholes can either happen from human activity (such as tunneling and mining) or as a natural occurrence (when erosion occurs). In China, sinkholes are a common problem usually because of human causes. 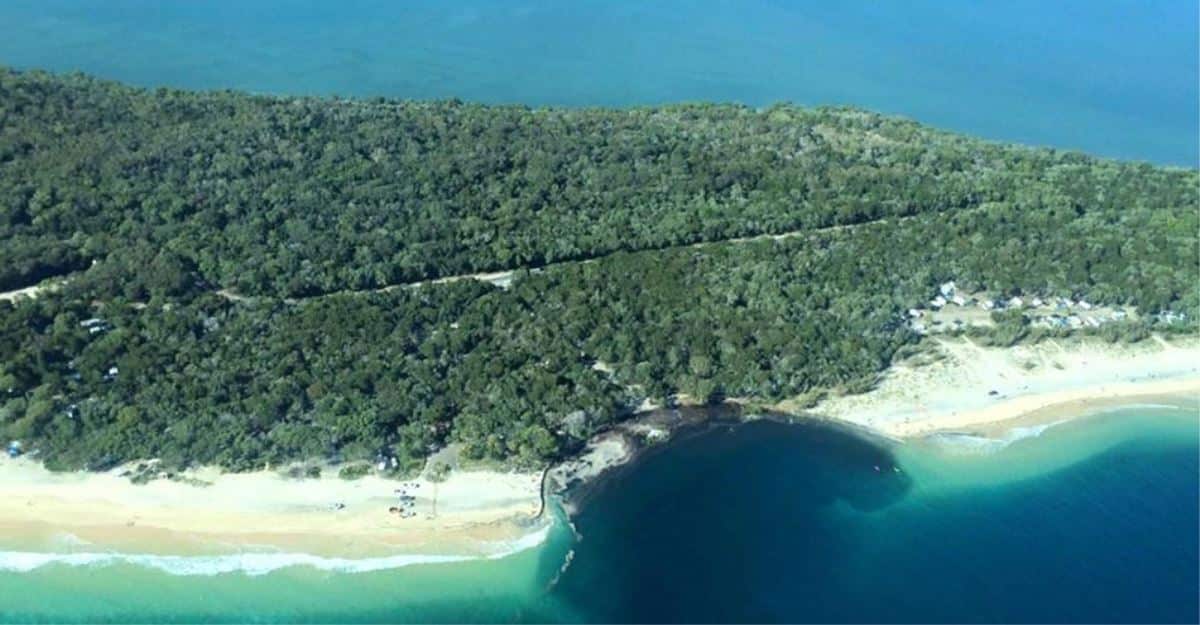