China’s construction industry is booming. After inspiring the world with their 3D printed houses, the country now has a new structure to boast.

The Songjiang Quarry Hotel, also known as the Shimao Wonderland Intercontinental, is definitely one of China’s most inventive construction projects. The five star hotel has been put up in an abandoned quarry at the foot of Tianmenshan Mountain in Songjiang District, Shanghai. The outcome of the project has certainly placed the 90+ meter high scrap land into an amazing use.

A luxurious hotel that will boast a world class leisure complex is almost completed and it is situated deep in an abandoned quarry! 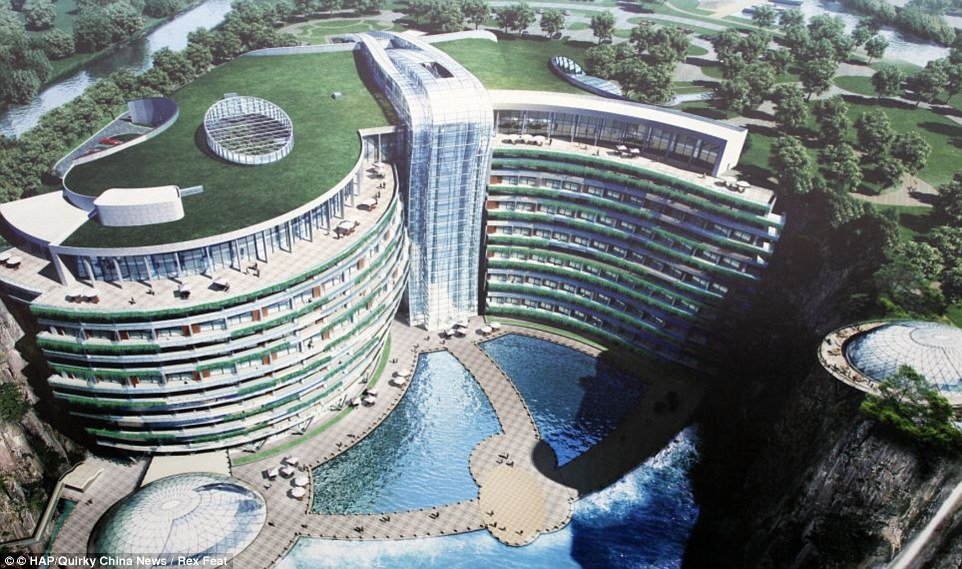 The concept of the hotel was actually a winning entry from the design and engineering consultancy of Atkins for an international design competition in August 2006. However, the design was handed on by Martin Jochman (Atkin’s concept designer) to the Chinese developer Shimao for completion in 2013. The British-based designer also had the developer overview the project on site with his company Quarry Associates (HK) Ltd and his design studio JADE+QA which are all based in Shanghai. 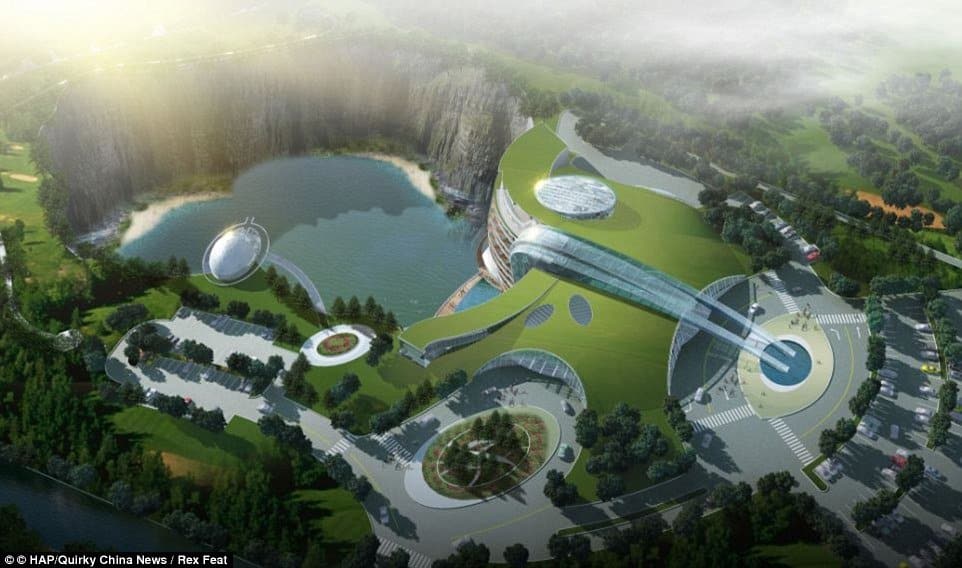 The project was given a timeline to finish in 2016. However, the design optimization and onsite construction progressed at a fairly swift pace. The work is almost completed though and is expected to have a soft opening by the end of 2017.

This was the quarry site before contractors started putting up the hotel. 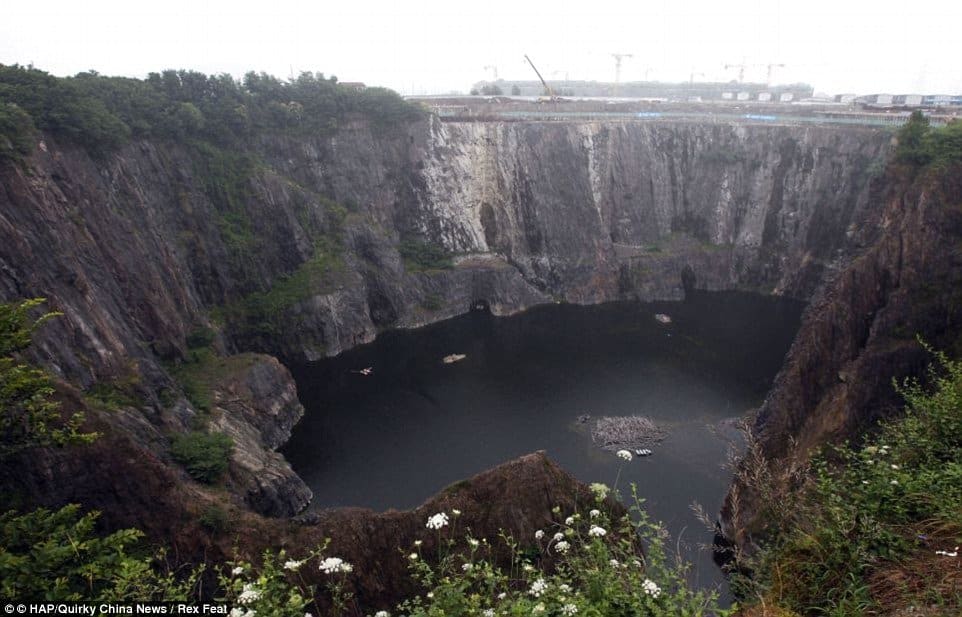 The £345million resort hotel will sport 380-400 guest rooms across its 20 floors. According to Mail Online, Two of the floors will be below the ground, featuring underwater and glass-walled aquarium guest rooms. Two more floors will be above the ground with a conference facility that’s able to accommodate 1000 people.

Of course, a resort hotel will not be complete without a swimming pool and a sports center. Multiple restaurants, banqueting halls and conference rooms for business meetings are also present.

The hotel was conceptualized to be both futuristic and nature-centered. Atkins even designed the structure with an eco-friendly green roof with various trees on top to make it look more natural. The luxurious Songjiang Quarry Hotel is estimated to offer its rooms at the rate of US$320 per night.

See more photos of the concept design and the construction progress of the hotel below: 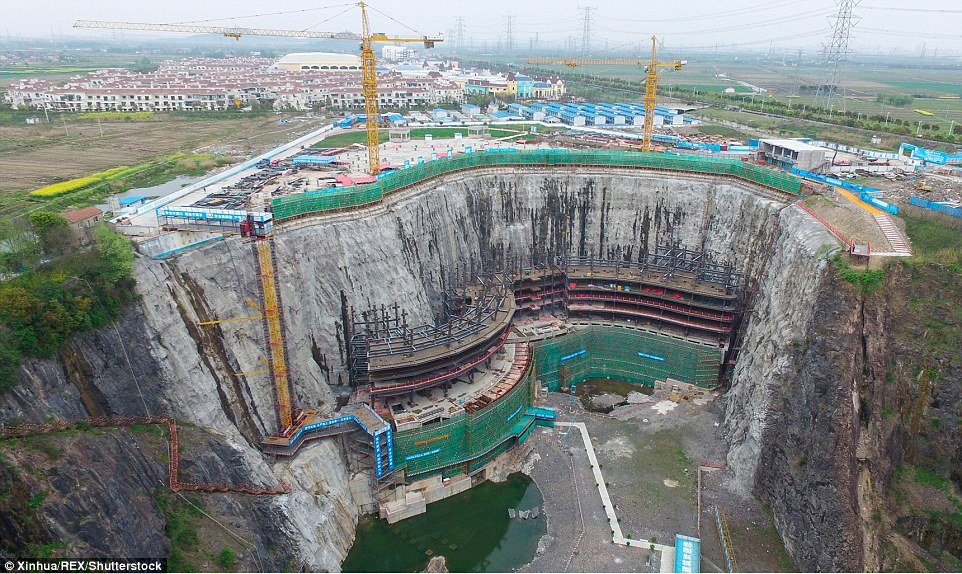 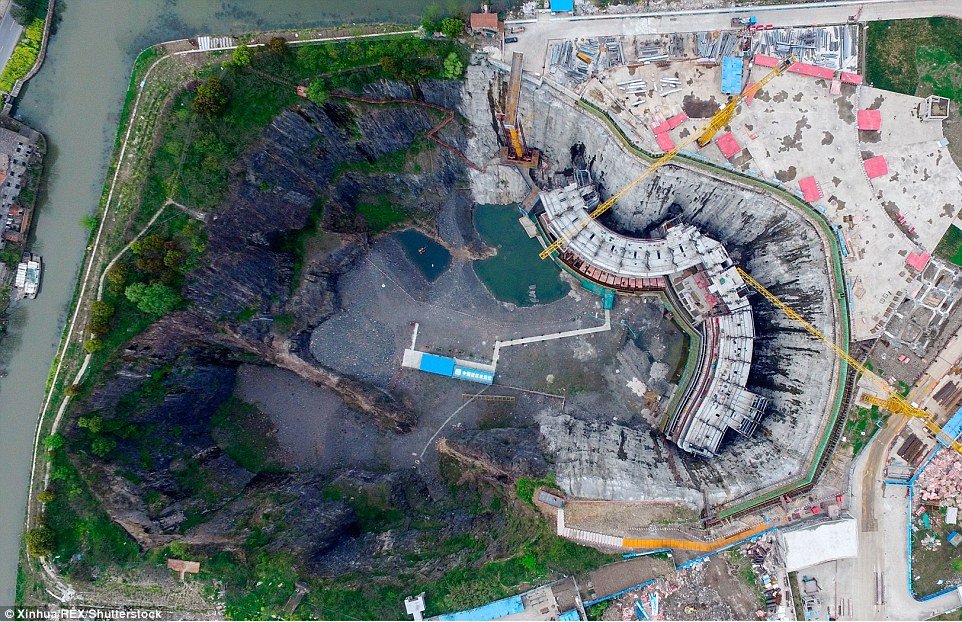 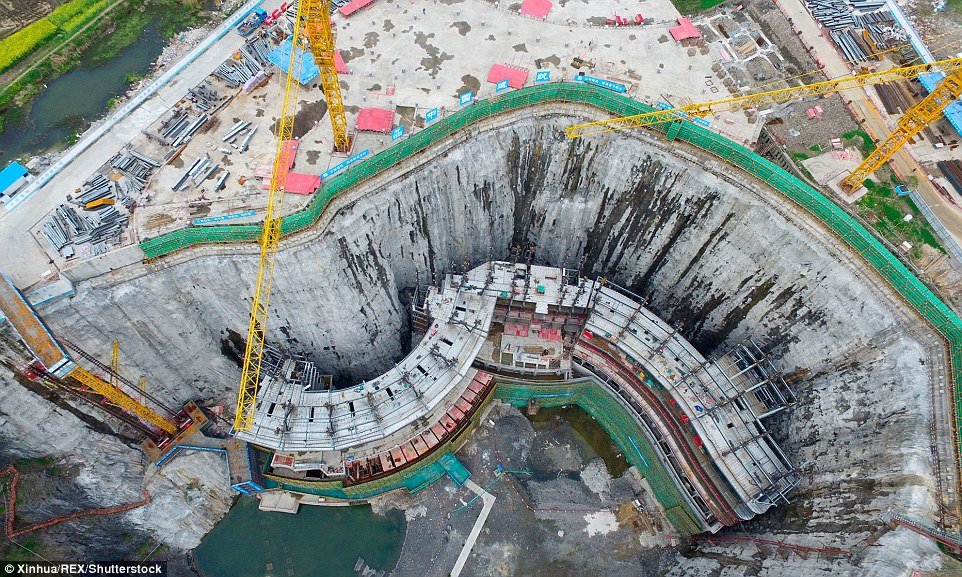 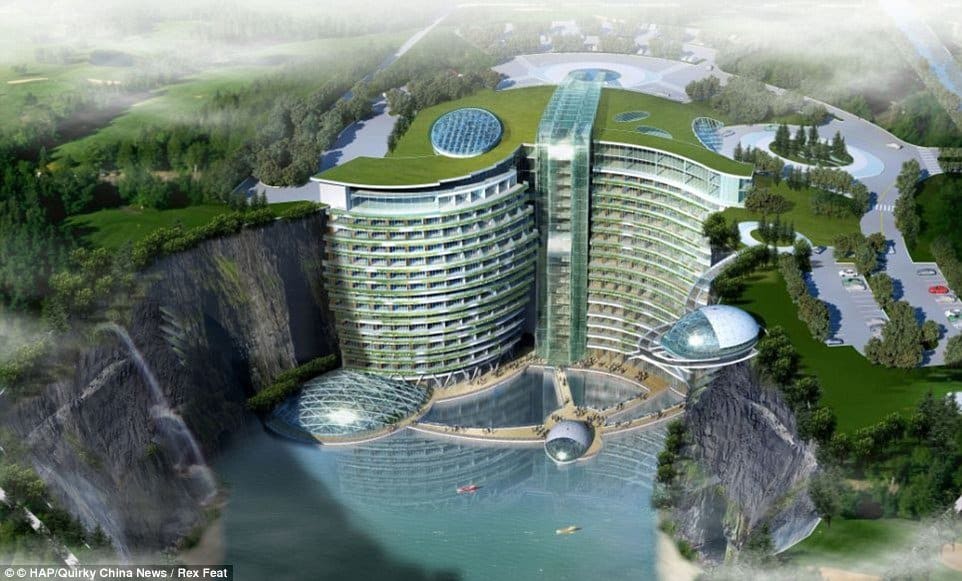 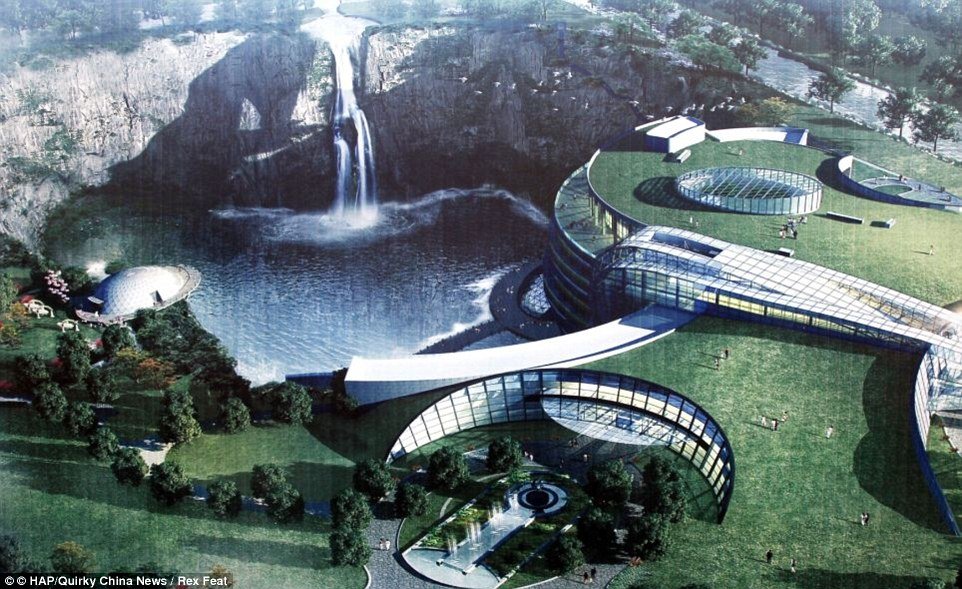 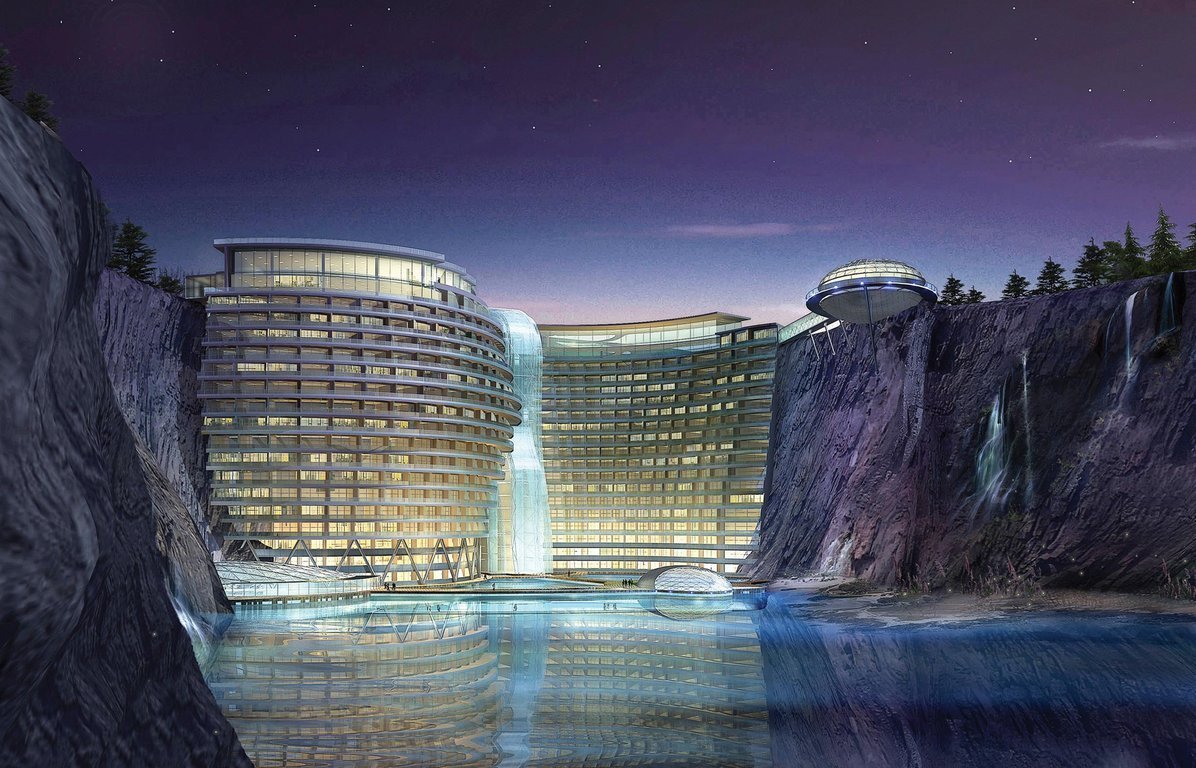 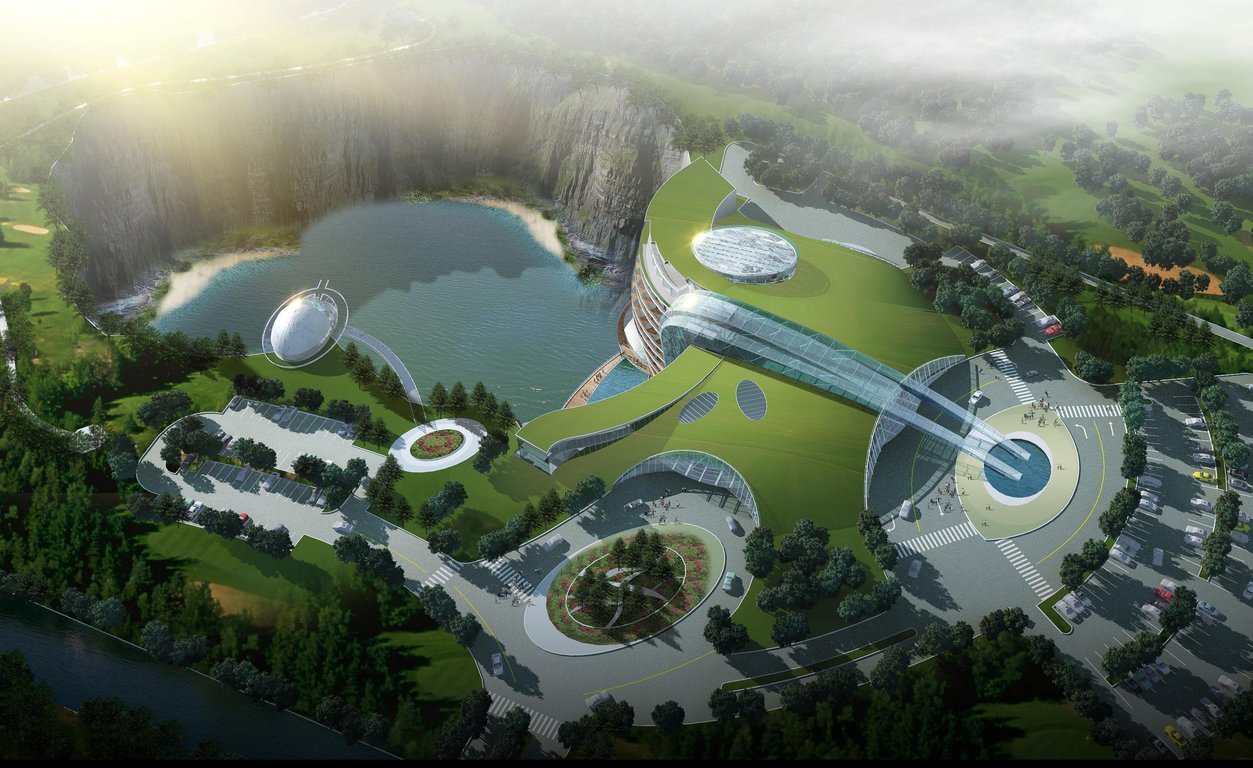 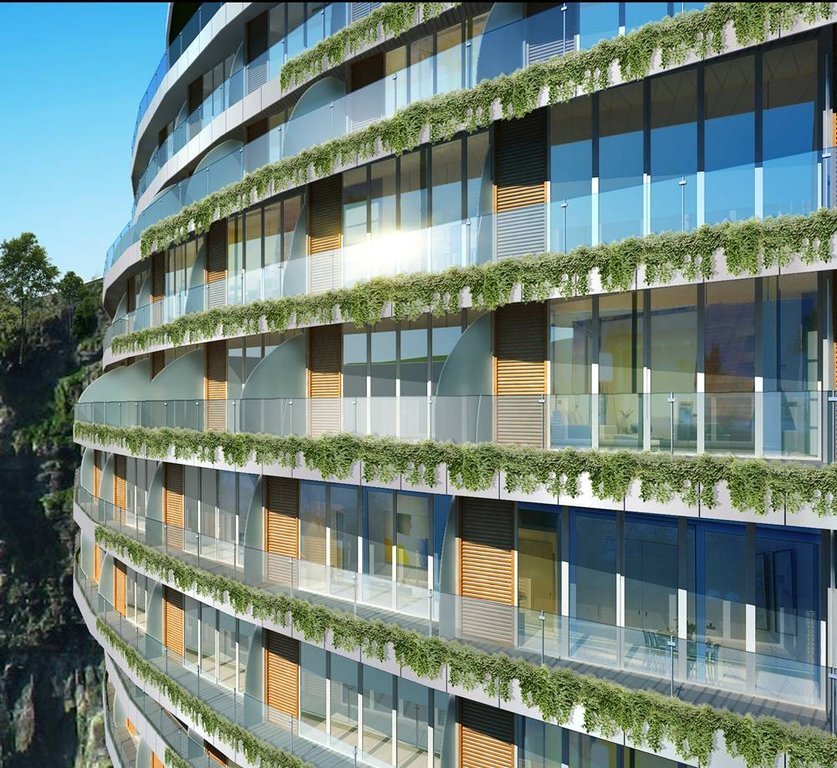 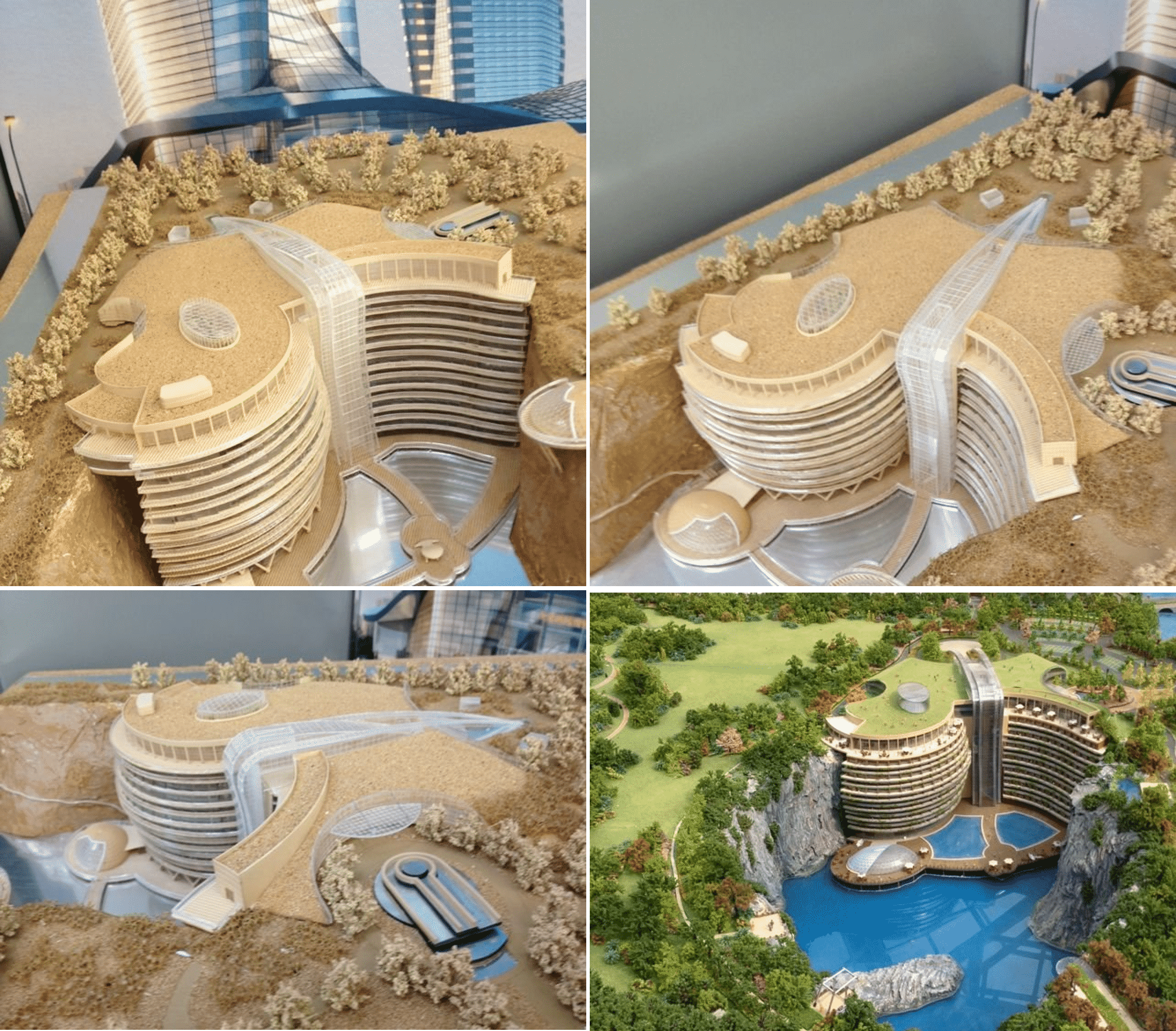