It’s a moment every girl dreams of – the moment that her ‘prince charming’ drops on his knees and pops that life-changing four-word question: “Will you marry me?” Sounds like a scene from a romantic flick, right?

Well, that’s how it sort of played out for a couple who recently went viral because of a unique proposal. Why did it get a lot of attention online, you ask? Well it’s because the guy used something different instead of the traditional engagement ring box – he used a box of chicken nuggets!

Relationship goals? This couple’s story went viral because of their ‘tasty’ proposal.

Kristian Helton decided he’d propose to his girlfriend Karsyn Long and thought she’d like it if he used a box of McDonald’s chicken nuggets.

In an interview with NBC, Kristian shared:

So that’s exactly what he did. He placed a ring inside the box and then wrote a short note. 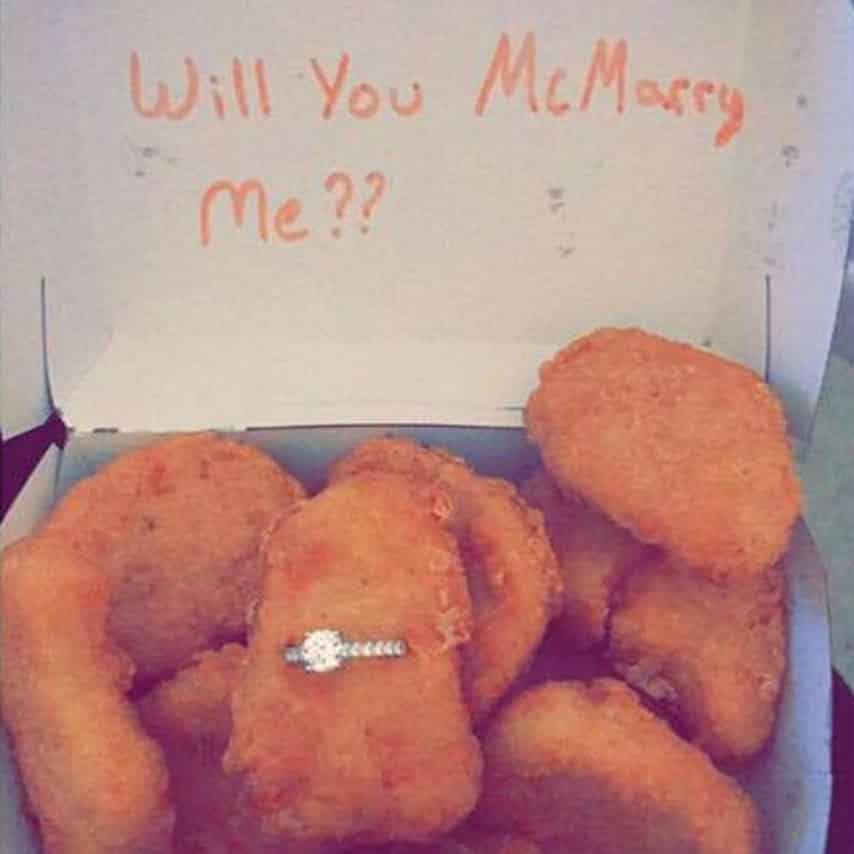 “I do like chicken nuggets a lot and I think since he knew that he thought it would be the best way to propose to me.

“I didn’t hesitate to say yes because he is obviously the one I want to spend my life with.”

Although many have praised Kristian for his ingenuity, some are criticizing him, dismissing his proposal as cheap and cringe-worthy. 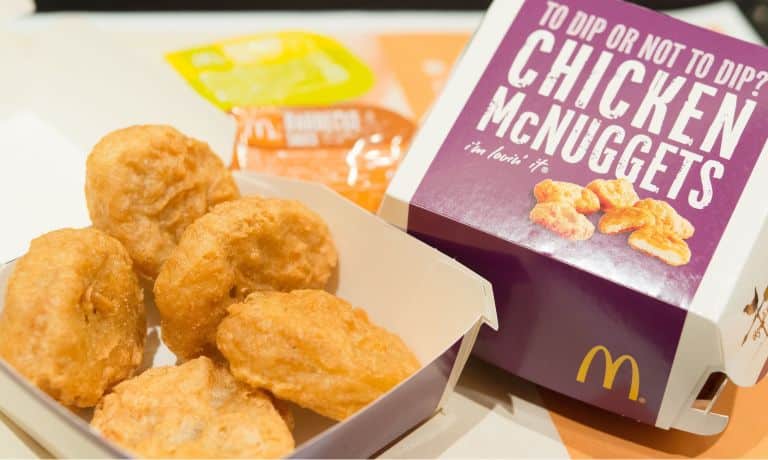 “You have a chicken nugget loving girlfriend, that’s how you should propose to her.”

Spot on, Kristian! Congratulations to you and your fiancee.

We bet we have an idea about what food you will be serving your guests during the wedding.