Dogs are man’s best friends, but did you know they also make as great buddies for cheetahs? Our canine friends are instrumental in preserving and protecting the endangered cat both in captivity and in the wild.

For example, since the 1980s, the San Diego Zoo Safari Park has been assigning emotional support dogs to cheetahs that are part of the zoo’s captive breeding program. Why is this necessary? Well, cheetahs are naturally shy, skittish, and socially awkward, and these are traits that cannot be bred out of them.

Dogs play a vital role in the conservation efforts for cheetahs. 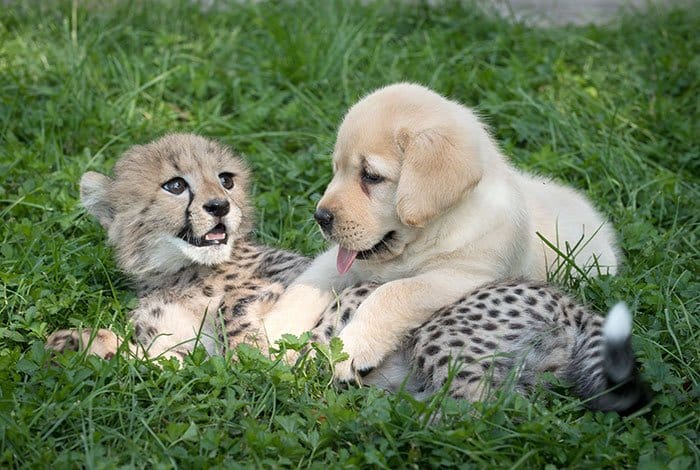 Janet Rose-Hinostroza, an animal training supervisor at the park, explained to ThoughtCo.:

“A dominant dog is very helpful because cheetahs are quite shy instinctively, and you can’t breed that out of them. When you pair them, the cheetah looks to the dog for cues and learns to model their behavior. It’s about getting them to read that calm, happy-go-lucky vibe from the dog.”

When a cheetah learns the dog’s behavior, it is able to feel comfortable in its environment, make better connections, and breed. This is vital to the long-term survival of the rare cat.

Cheetahs can learn from dogs on how to feel more at ease in their captive environment. 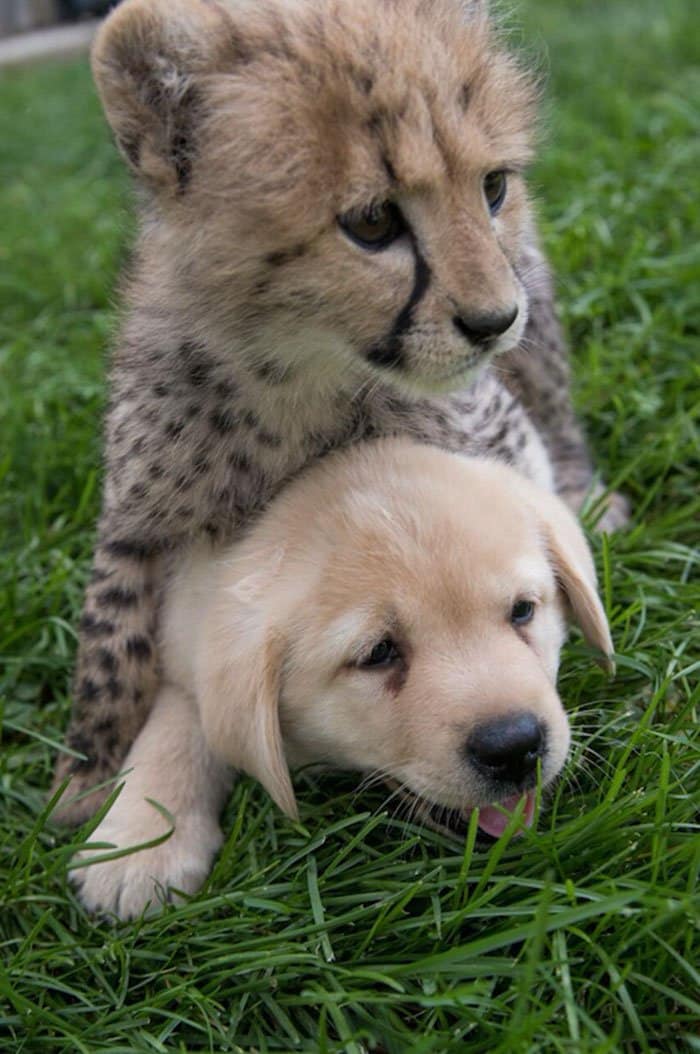 The canines employed for the program are usually rescue dogs. So while they help cheetahs become more comfortable in their captive environment, they are also given new homes and a new purpose in life.

The cheetah cubs are paired with their support dogs at about 3 or 4 months of age. They first meet on opposite sides of a fence with a keeper walking the support dog on a leash. If there are no problems, they meet for a play date while still on leashes to ensure safety.

When cheetahs are comfortable in their environment, they can breed and ensure long-term survival. 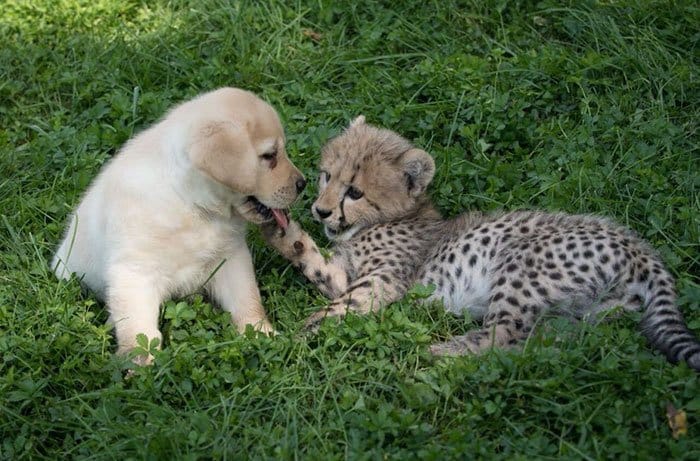 “We’re very protective of our cheetahs, so the introduction is a painfully slow process but a lot of fun. There are lots of toys and distractions, and they’re like two cute little kids who desperately want to play. But cheetahs are instinctively hardwired to feel uneasy so you have to wait and let the cat make the first move.”

Once both animals are comfortable and have formed a bond, they are moved to a shared living space where they spend most of their time together. They don’t spend meal times together, however. Since dogs are the dominant partners, they might end up eating all the cheetahs’ food.

Dogs also help in cheetah conservation efforts in the wild. 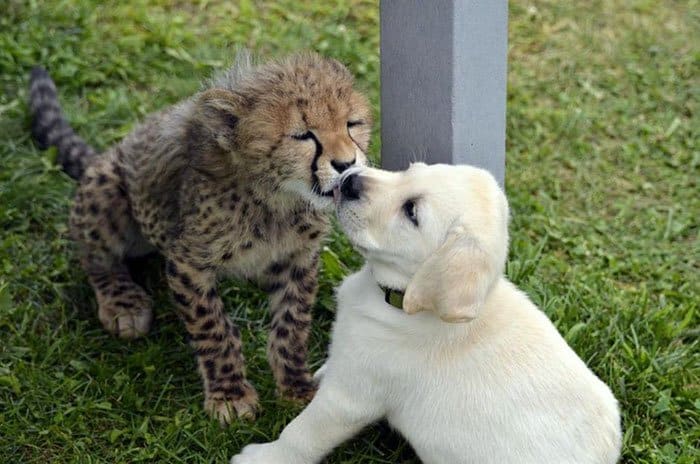 The Cheetah Conservation Fund’s Livestock Guarding Dog Program, since 1994, has been successful in helping save wild cheetahs in Namibia. In the wild, dogs play a different role to help cheetahs survive. As part of the program, Anatolian shepherds are trained to protect the local ranchers’ goat herds. This is to prevent the ranchers from trapping and shooting cheetahs that try to eat their herds.

What do you think of this partnership?