Meet, Marley, a 14-year-old cat who believes with all his heart he’s a dog.

The white and orange tomcat, belongs to Stephen Miller and his wife, who inherited the huge feline from one of their children after having raised dogs most of their lives in Westfield, Indiana.

Marley is quite the head-turner when he and Stephen go out on their daily walk, with Marley on a leash acting like the most well-behaved dog on the block. Even other dogs walking with their humans stop to look, as if wondering who the calm stranger on the leash is.

Marley on his daily walk. 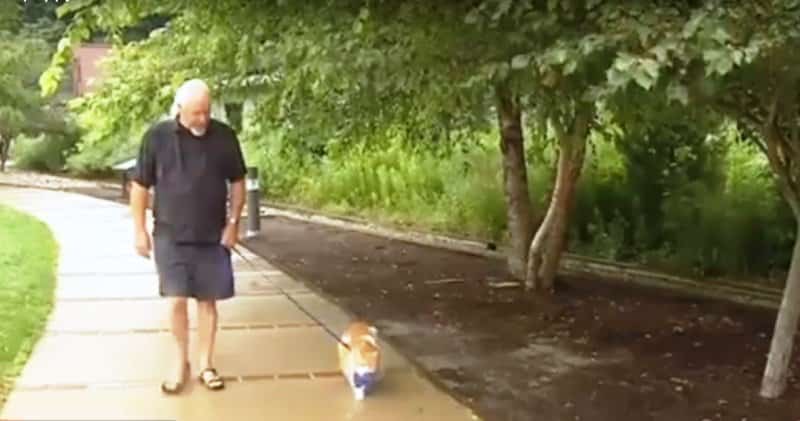 Children love him and stop to pet him all the time. And Marley, like the friendly “puppy-cat” that he is, basks in all the attention.

Marley with some of his young fans. 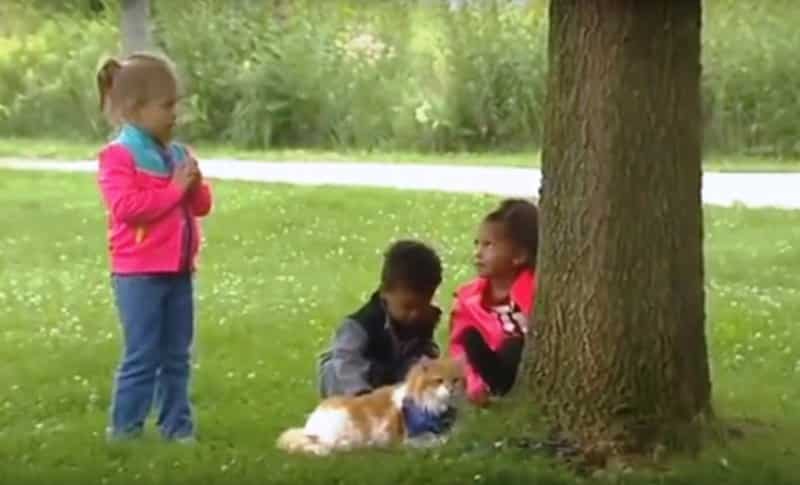 Marley sits when told to, shakes Stephen’s hand, and even gives him a high five. 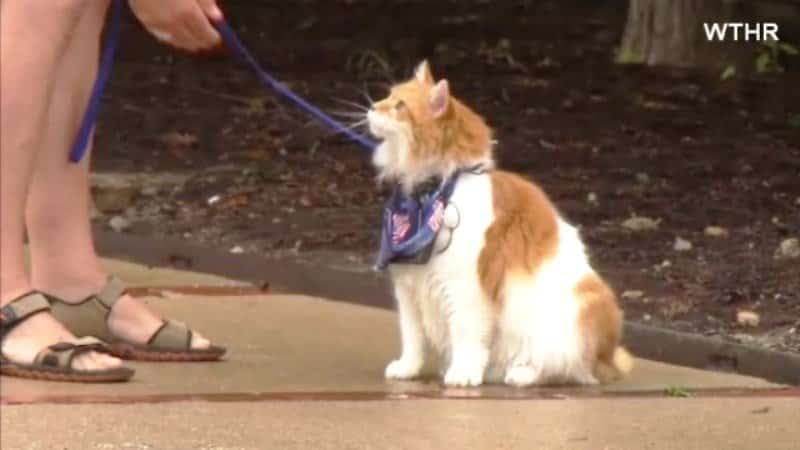 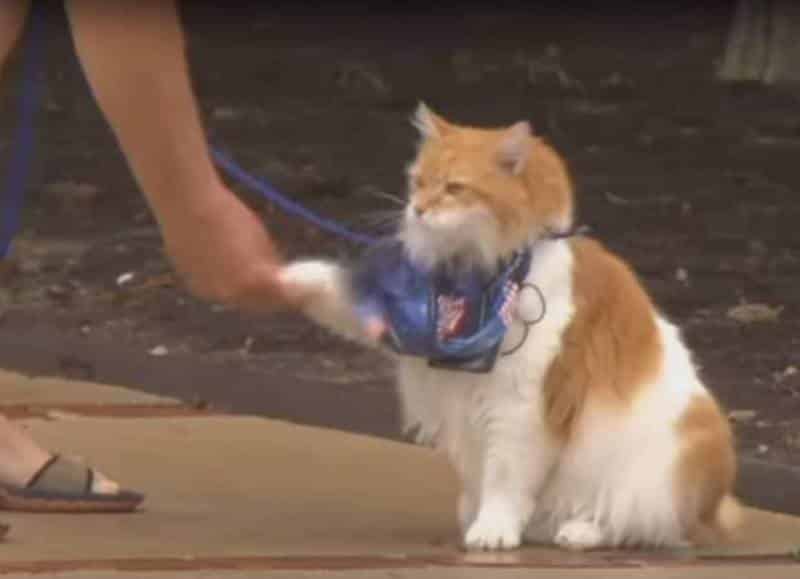 Stephen says, “go and get it,” and Marley waddles his fat behind to a tree, but looks confused as if wondering whether to climb it. Or how.

One of Marley’s favorite things to do is to lean his head into the wind whenever he and Stephen take a ride on their top down convertible. Just like a dog.

He also enjoys taking a ride on the kiddie swings at the park. With his mouth open. Panting. 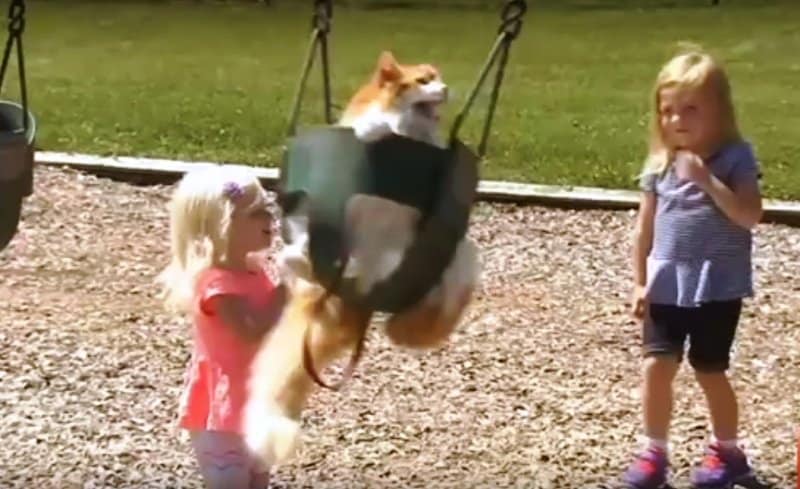 As soon as Stephen puts Marley on a swing and gives him a couple of pushes, kids swarm from everywhere on the playground, clamoring for a turn to push the delighted cat.

According to Stephen, he decided one day to give Marley a taste of the kiddie swings, and the cat enjoyed it so much, it’s now part of his daily routine.

Marley also has a special place in the Village Pizza place Stephen and his wife run in town. His face smiles down on patrons from a spot on the wall.

Apparently, Stephen dabbles in painting, and all he needs to do is to call Marley over to sit, and like the obedient puppy-cat he is, Marley jumps up and patiently does a sitting.

Stephen says Marley is the best dog he ever had.

If only pet dogs could be as well-behaved this cat.