A teenage boy was shocked to find a poor kitten dyed in a shocking shade of pink displayed at Isa Town Market in Bahrain.

Bilal Aslam, a 17-year-old boy, decided to take action and save the poor kitty from its horrible living situation. Aside from its unusual coloring, the feline he  nicknamed “Pinky” was left with very little food and water and was locked in a hot cage.

Determined to make the world aware of such animal cruelty, Aslam decided to a post photos of Pinky on Facebook trigerring public outrage. Luckily, the disturbing photos reached animal charity SCPA , which quickly responded to save the abused cat.

“She has been given a thorough veterinary examination, but our vet has some concerns over a possible allergic reaction to the dye that was used,” said Mahmood Fharaj, chairman of SCPA.

“Our next task was a thorough wash to remove the dye. Unfortunately it will take a few more washes before she is back to her normal colour,” he added.

Aslam revealed that the vendor must have used wall paint to dye Pinky as he observed a pungent smell.

Because of the stomach-churning incident, animal activists will be more vigilant particularly at the market where Pinky was sold to prevent similar incidents.

As for Pinky, she is now in a stable condition and will soon be rehomed after all the dye has been removed.

Meet Pinky, a four-month-old kitten who was rescued by Bilal Aslam at Isa Town Market in Bahrain. 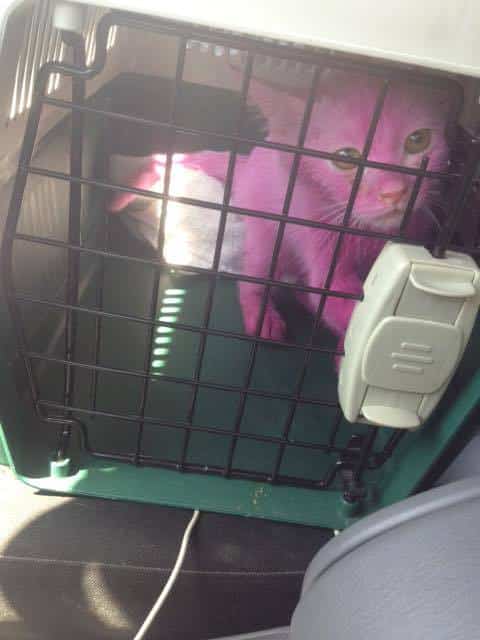 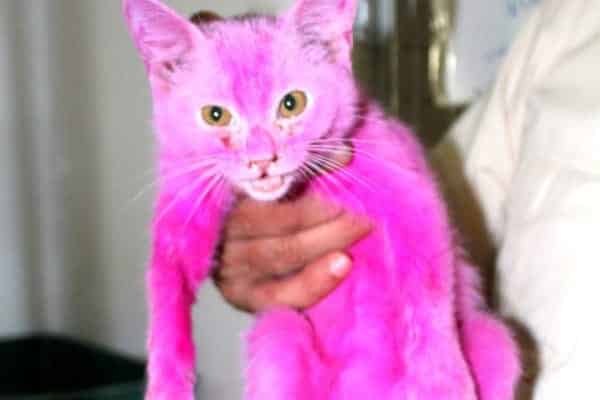 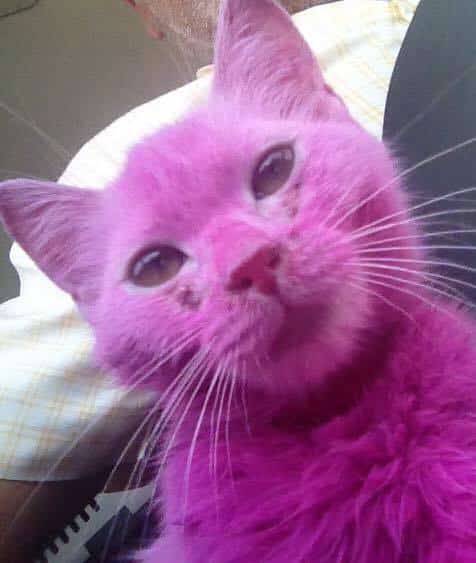 Several netizens also expressed their disappointment about what happened to the poor kitty.